Have you ever seen Before Sunrise? 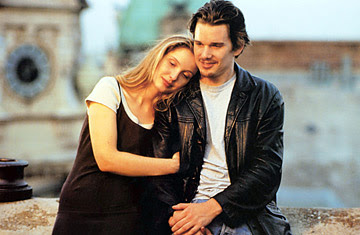 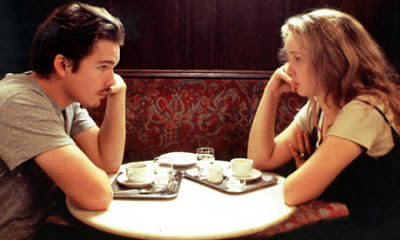 We’ve been watching some of our favorite old movies with Jesse since he’s never seen them and he’s a captive audience. He really liked it, which makes my day.

Ben and I watched it not long after we were married and I loved it right away because it was the first well done portrayal of people falling in love almost instantly. The story is about an American guy traveling through Europe by train, and he meets this French girl on the train. They strike up a conversation and immediately enjoy each other’s company. He has to get off the train to spend one night before he boards a flight back home to America, and she gets off with him and they spend the night exploring Vienna, two strangers, who fall in love in less than 24 hours.

People have a hard time believing that Ben and I knew it was forever after 6 days. It was so nice to see a movie dedicated to that very topic, and done so beautifully.