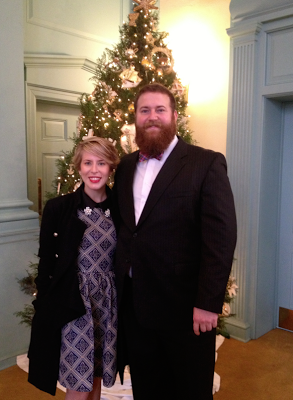 Growing up when people would say “slow as Christmas” it made a lot of sense to me. Now, it feels like Christmas comes 2 weeks after Easter and I never feel ready for it. I mourn its passing before it even occurs, feeling sad about the 26th that’s so soon when today is only the 22nd. I just get really attached to the feeling of Christmas, and I’m never ready for that hollow feeling the day after inevitably brings. Though, in truth, I usually welcome the respite once it finally comes. Do you know what I mean? Oh, it’s just one of those things. We love Christmas around here.
I mean, so much so… Ben used a borrowed costume to be Santa for Lucy’s first Christmas pictures, thus allowing Jim and Mal the option to avoid the mall and the oft ornery mall Santa. And I’m totally in love with these pictures. 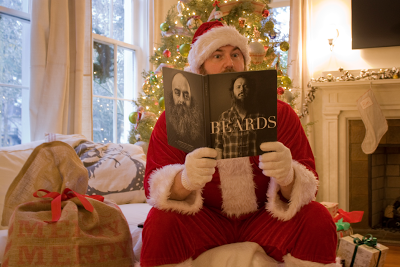 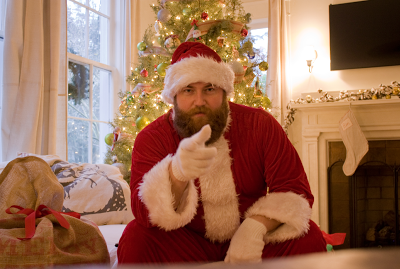 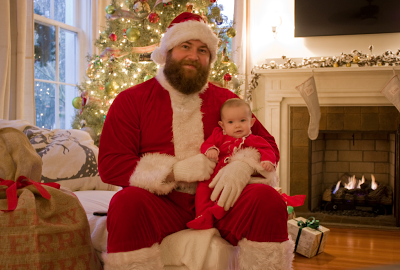 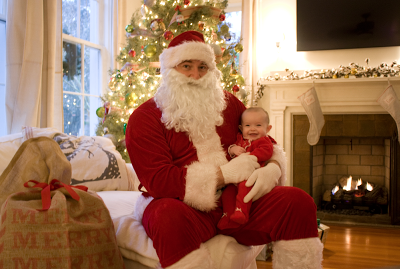 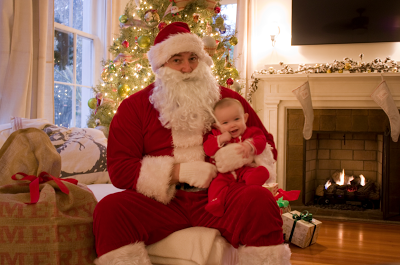 Did you know that Ben’s dream for retirement is to be THE Macy’s Thanksgiving Day Parade Santa Claus? Truly. Wouldn’t he be just right for that? Did you know the Macy’s Santa bleaches his beard weekly to keep it snow white? Or that he’s paid something like $100,000 per year to be THE official Santa for one month? I’ll just go ahead and start house hunting in NYC. 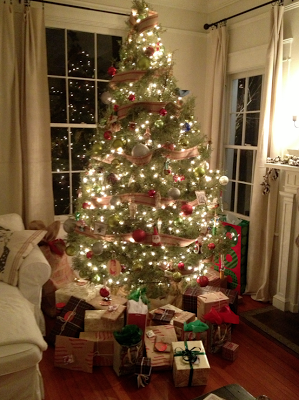