If the NYC Mass Transit Authority was paying attention to the card swiping we were doing today, they would say we were stupidly inefficient. We took every subway and taxi in every direction possible in 14 hours, from the financial district to the upper west side, through Central Park, over to Brooklyn (Williamsburg AND Cobble Hill), then back across to Manhattan to Little Italy then up to midtown then back to the financial district. I tried to make a Google map of our path, but it was too many stops and cut me off. Google said it was too crazy. Here’s the day!

We started on the Upper West Side with breakfast at Sarabeth’s, which you know we’re big fans of if you’ve been reading on our past NYC trips: 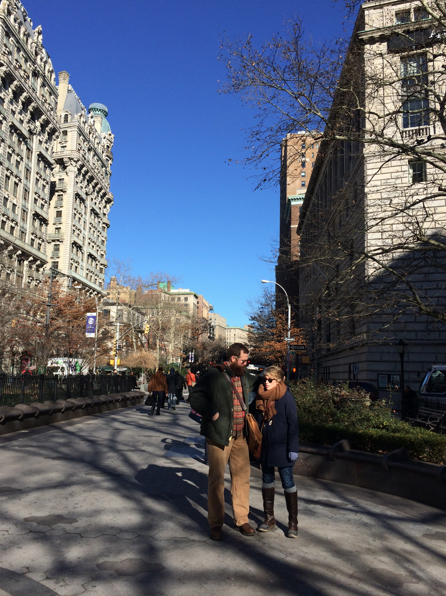 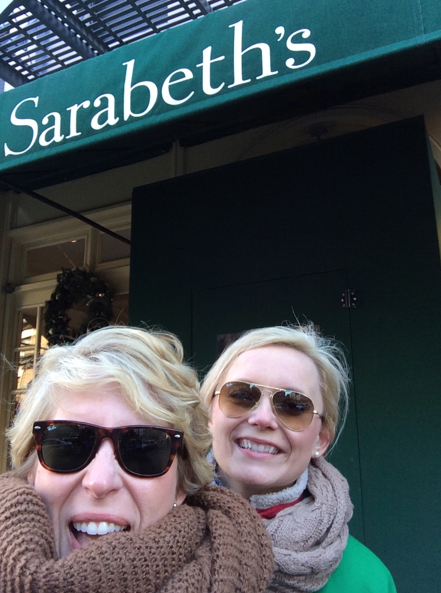 Ben and Jim accidentally wore almost the exact same outfit. We overheard some girls pointing and laughing about it. 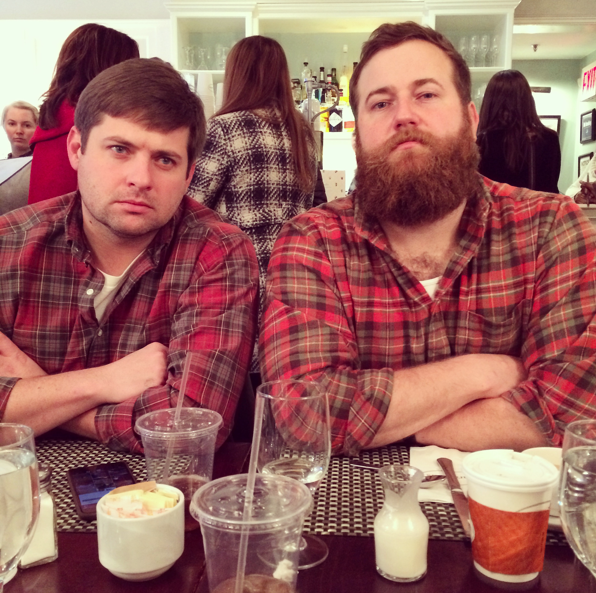 I STOOD ON KATHLEEN KELLY’S FRONT STOOP! This was a big one for me. Y’all know Kathleen is my homegirl. Don’t we all adore You’ve Got Mail?? 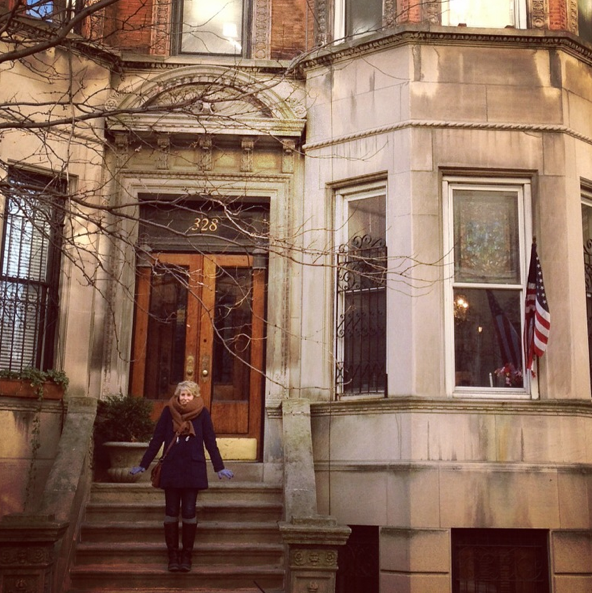 And then a little further north was St. John the Divine cathedral, where James Gandolfini was laid to rest. I’ve always heard what an incredible building it was, but it’s hard to take it all in in person. And it’s even harder to understand the scope of it from photos. It’s one of the largest cathedrals in the entire world. 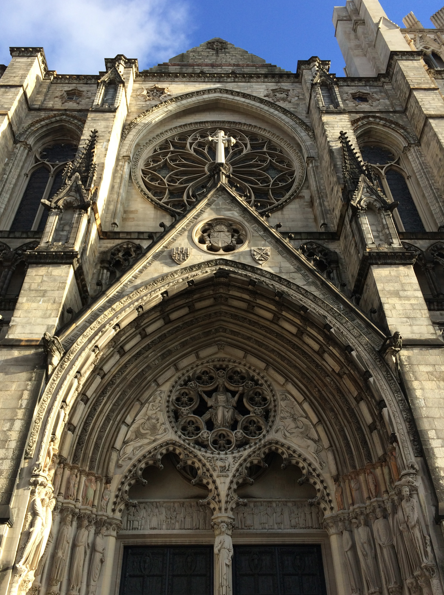 A choir and orchestra were rehearsing and the sound filled up every inch of the cathedral. It was the most beautiful sound, like blowing over the top of a glass bottle. 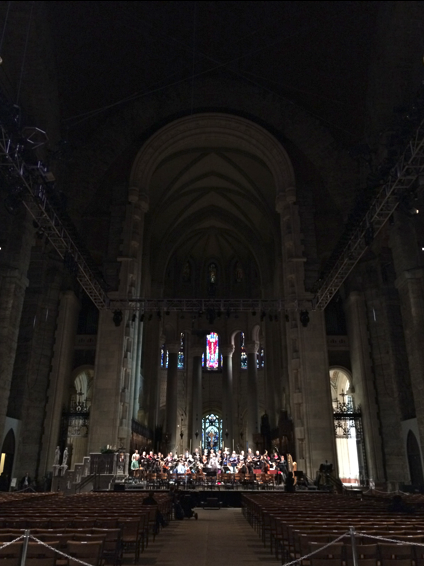 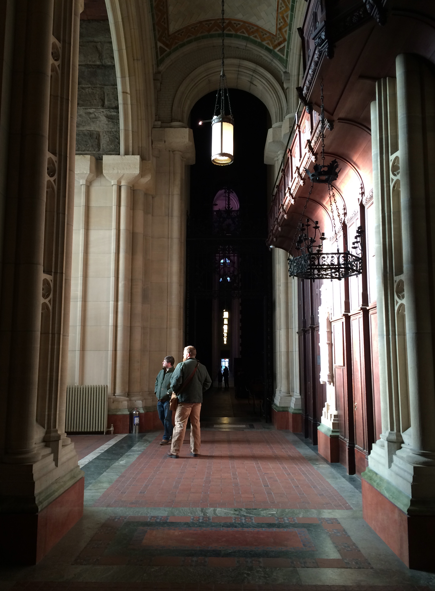 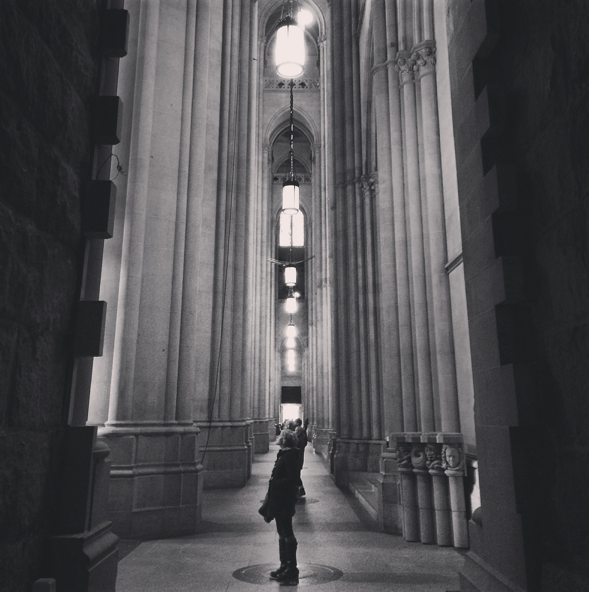 And an honest to goodness pop culture cathedral was just around the corner. Do you recognize it? Seinfeld! 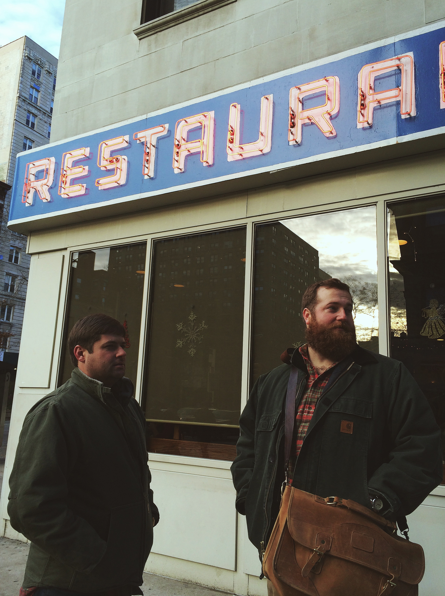 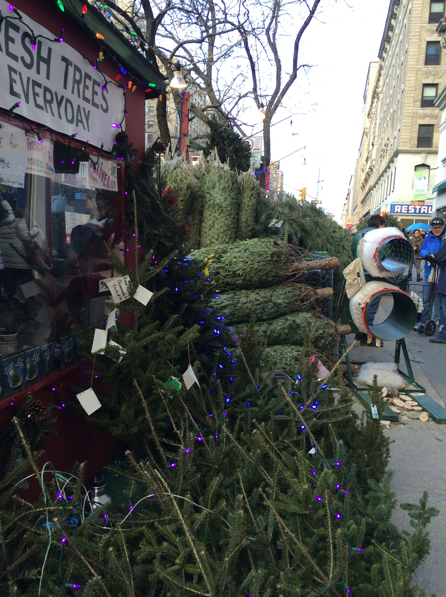 Then we scooted over to Central Park to walk it as the sun slipped below the skyline. 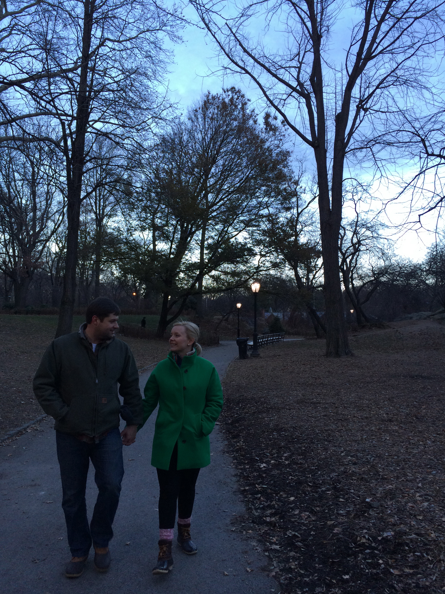 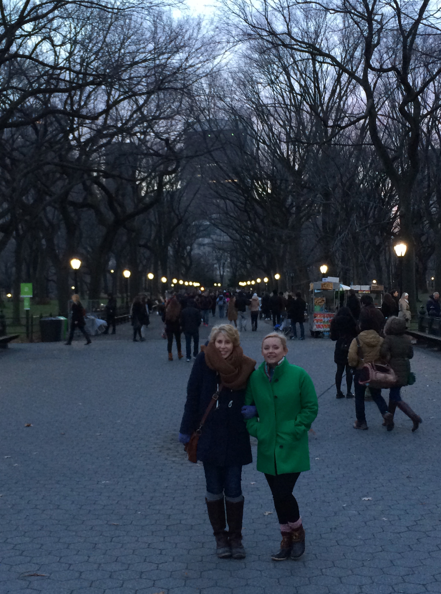 We had our photo taken at Wollman Rink, where they have their “best NY moment” ice skating in Serendipity. 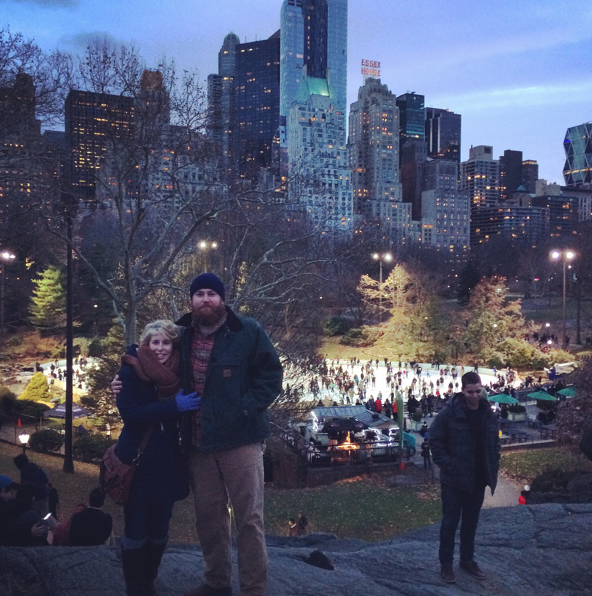 So you can fully understand how serious their twinning faux pas was: 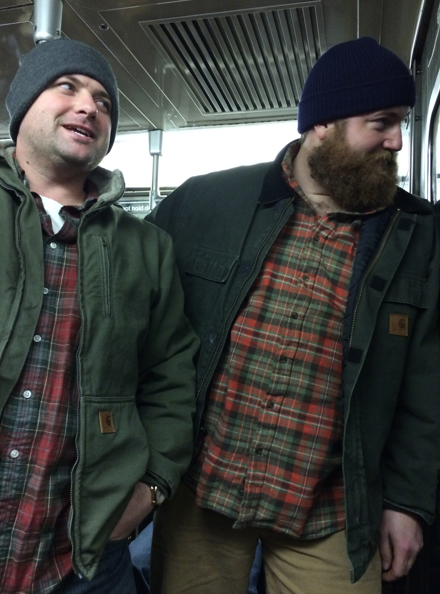 And after a jaunt over to Brooklyn where we did some Christmas shopping and attempted to get a table at our favorite Italian restaurant, Bamonte’s, which was a bust. So we hopped back on the train and went back into Manhattan for dinner in Little Italy. We had to eat and run to make it to the 10 pm showing of the Radio City Christmas Spectacular, which makes me feel like a little child in complete wonderment every time I see it. Which is only twice, but you know what I mean. 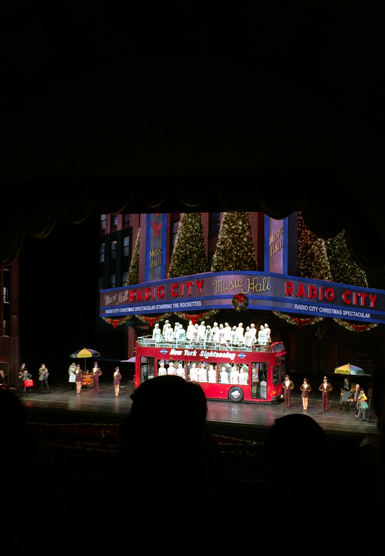 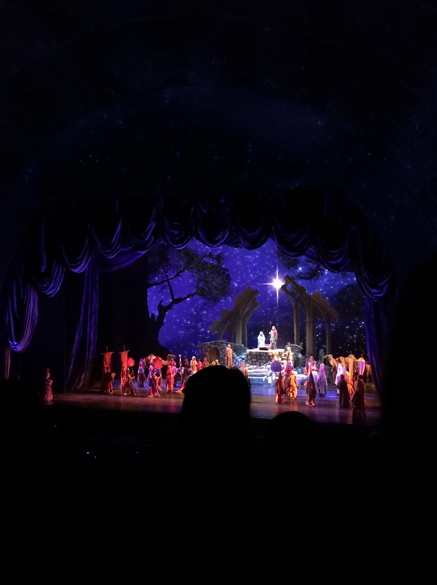 There was such a horde of humanity in the midtown/Rockefeller Center area that we were all just crammed up against each other, hundreds of us, trying to navigate traffic on foot. 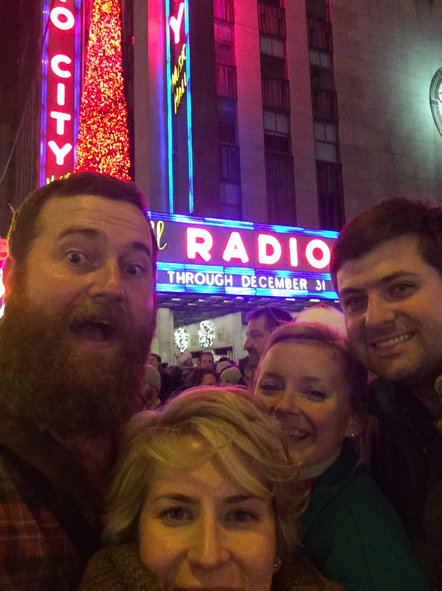 Isn’t it something to see the world’s most famous Christmas tree in person? It really does take your breath away. 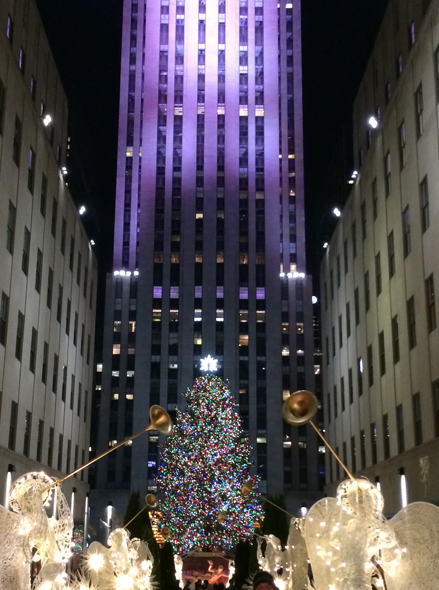 The magic of New York at Christmas really can’t be overstated.