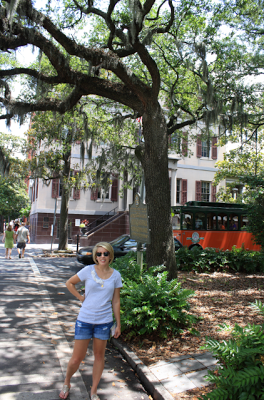 We made a whirlwind trip to Savannah for the day, and I just don’t know where to begin. We went straight to the visitor’s center and picked up a map of the city, then set off on foot to see every last thing that Ginny, my awesome graphic design professor at Ole Miss who used to live in Savannah, had told me to see and do. First, was lunch at the Cotton Exchange Tavern on River Street. We descended down stairs to the river level and walked down a cobblestone street to enjoy “the best food in Savannah”. Ginny wasn’t lying. It was the best burger ever. 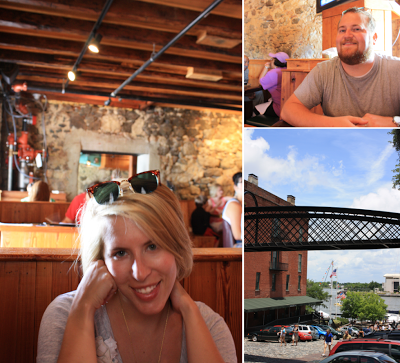 After that, we hit every square in search of John Wesley’s memorial statue. Ben couldn’t get there fast enough. We lingered and read all the historical markers about the father of Methodism, and I finally coaxed him away with promises of finding a cold drink somewhere nearby. You can always bribe him with sugar and food.
It just so happens that cold Nehi peach drinks were waiting for us in The Paris Market. Crystel — I canNOT thank you enough for this recommendation. It was the highlight of the day! This place was like Anthropologie, Balthazar, Cavallini & Co., Pottery Barn and Sephora all rolled into one. It felt like we had stepped into a Parisian home, full to the brim with gorgeous little antiques, paper goods, cosmetics, and home furnishings. I felt so wildly inspired when I left. I just can’t get over it! 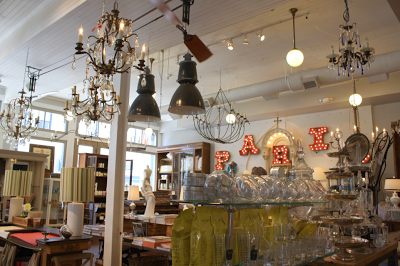 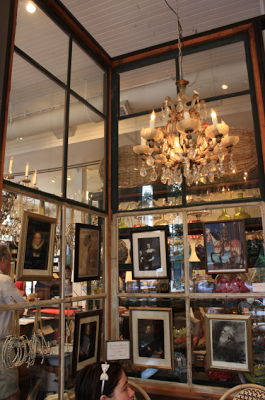 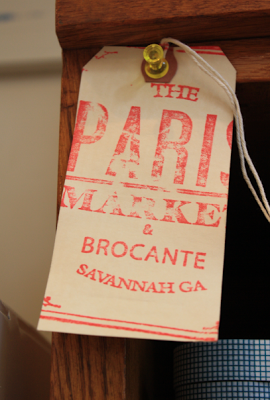 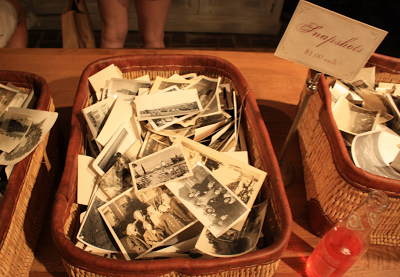 (I bought a handful of these vintage photos for some upcoming Lucky Luxe projects.) 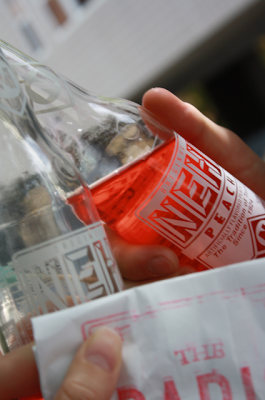 I also found my next haircut… What do you think? 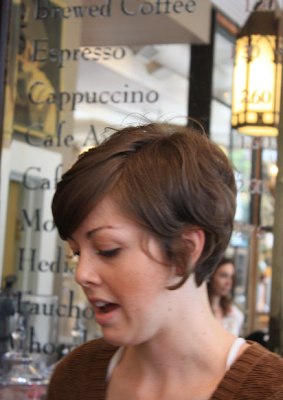 (I swear I wasn’t being a creeper. I asked if I could take the picture of her hair!)
Next, we walked a few blocks to Pulaski square. In case you weren’t aware, there was a time when I had accepted a scholarship from the Savannah College of Art and Design. I had chosen my dorm. I had met my advisors. Then I met Ben, called SCAD and said I wouldn’t be coming in the fall, applied to Ole Miss, married the boy and here we are. That’s the way it goes when the real thing comes along. I wanted to show Ben the place he would have been coming to visit his girlfriend, to see the dorms where I would have been night after night making long distance phone calls. I’m so glad I made that decision because I honestly don’t know that I would have fit in with the students there. 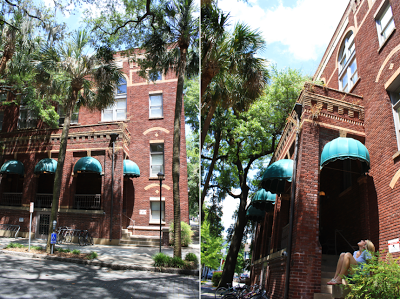 Just a couple blocks away was Chippewa Square, my favorite thing in all of Savannah because this is the place where they filmed the bus stop scenes on Forrest Gump (one of my all-time favorite movies). Just for the movie, they made a bench and placed it on the north side of the square facing Bull Street. Now there is nothing there but a little sign indicating the name of the park and a ring of flowers in the spot where Tom Hanks sat on that bench. I was expecting a lot more fanfare than that, but I could feel the Forrest vibes just standing in that spot and I could cry when I think of the title score from the movie. See what I mean right here! 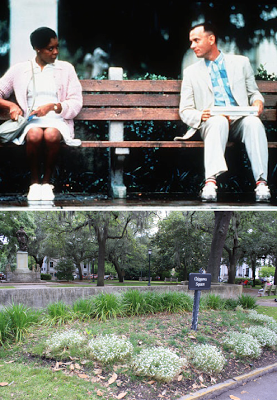 Next, we walked a few more blocks to Mercer House, made famous in the book (and movie) Midnight in the Garden of Good and Evil. This is where the wealthy Jim Williams lived and where he infamously murdered his lover, Danny Hansford, in 1981. It gave me a chill passing by. The city experienced a huge spike in tourism after the book was released and it remained on the NY Times bestseller list for 5 years. It’s still a very big deal in Savannah. 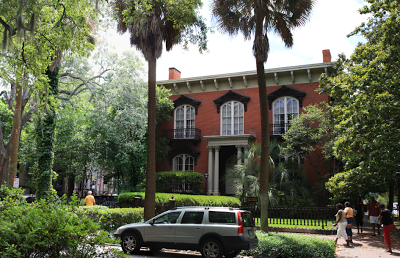 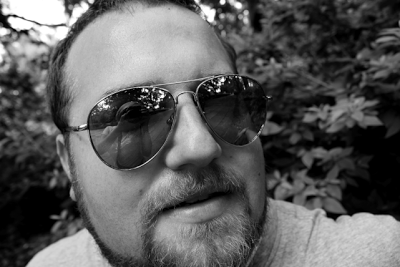 (At this point, Ben had been speaking using his Savannah accent for most of the afternoon. His version of Kevin Spacey in Midnight.. You know, the over the top accent they always use in movies for aristocratic ‘Southunuhs’. As in “Although I attended the Univuhsity of Missippi, I frequent Savannah for intellecshul and cultural nourishment.”)
Then, just a few steps away was Forsyth Park. It takes your breath away the moment it’s in sight. I can’t imagine living in Savannah, taking long walks in the shade of those gorgeous live oaks.

Finally, we drove a few miles down the road to Bonaventure Cemetery. It was a truly amazing thing to see. This centuries old cemetery has some of the most beautiful landscape in Georgia, and was the site of the ‘bird girl’ statue from the cover of Midnight as well as the voodoo scenes over the murdered lover’s grave. The statue got so much attention after the movie was released, that it was moved to a local museum. Sadly, we didn’t get to see it, but it was still worth the drive to see so much history on those haunting, quiet acres. 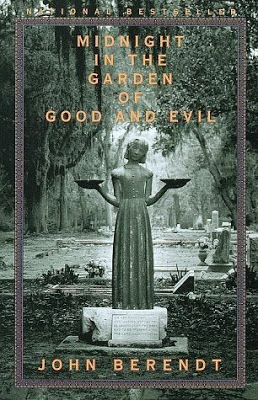 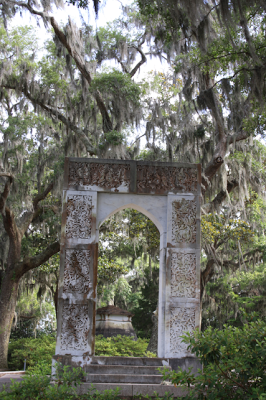 Around five o’clock, we’d been walking for nearly 6 hours solid and we were completely worn out. I’m so glad we decided to make the quick trip. My parents keep telling us to travel, travel, travel while we’re young and don’t have any kids. I won’t ever forget it. 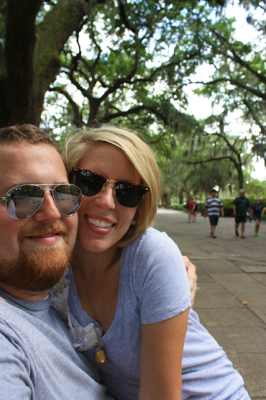