The Harrises are back in town! Hooray! I love when my first cousin Steve comes home for a few days each summer and brings his beautiful, talented, PRECIOUS girl Emily, but I’m really missing her big brother this year who’s a college boy now. She’s growing into such an amazing woman who spends her summers ministering to people in developing countries and learning guitar. I maybe sorta wish we were sisters… A lot. 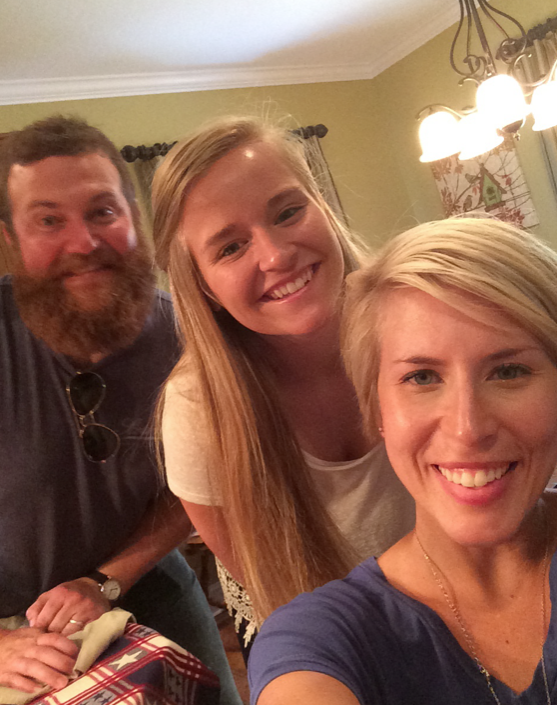 Group pictures! About 200 of them to get THIS ONE PHOTO: 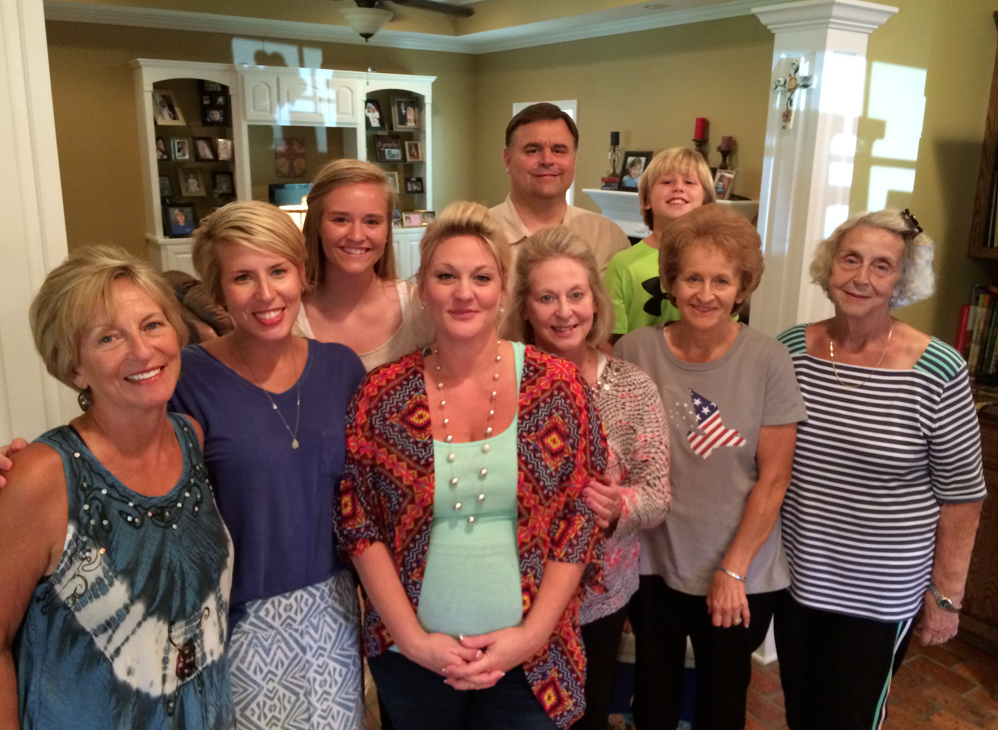 Although the Aunt Charlotte’s hair/Kelsa’s goatee photo was the people’s choice as best photo of the day. 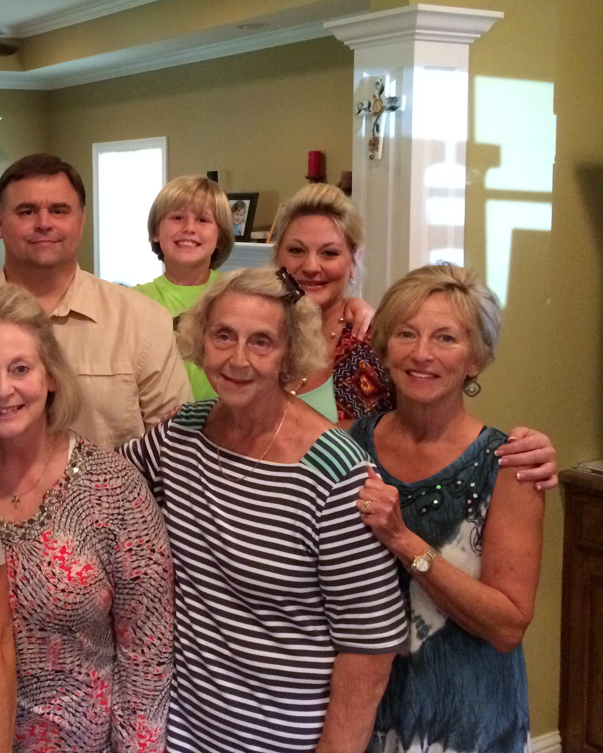 And then after an incredibly hard day back at work playing catch up and dealing with tax headaches, we went over to Josh and Emily’s house to grill those oysters that were in the ocean yesterday morning. 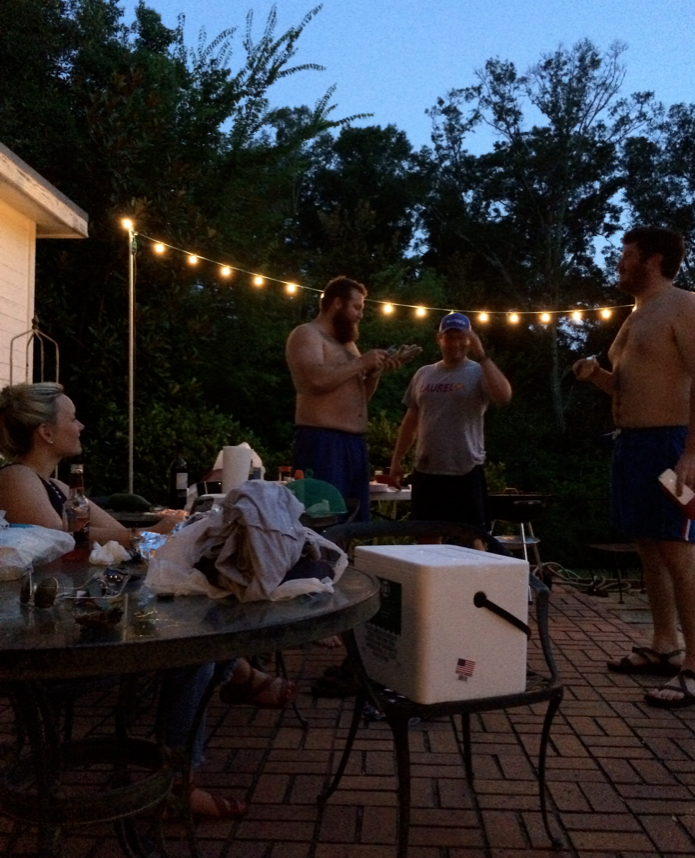 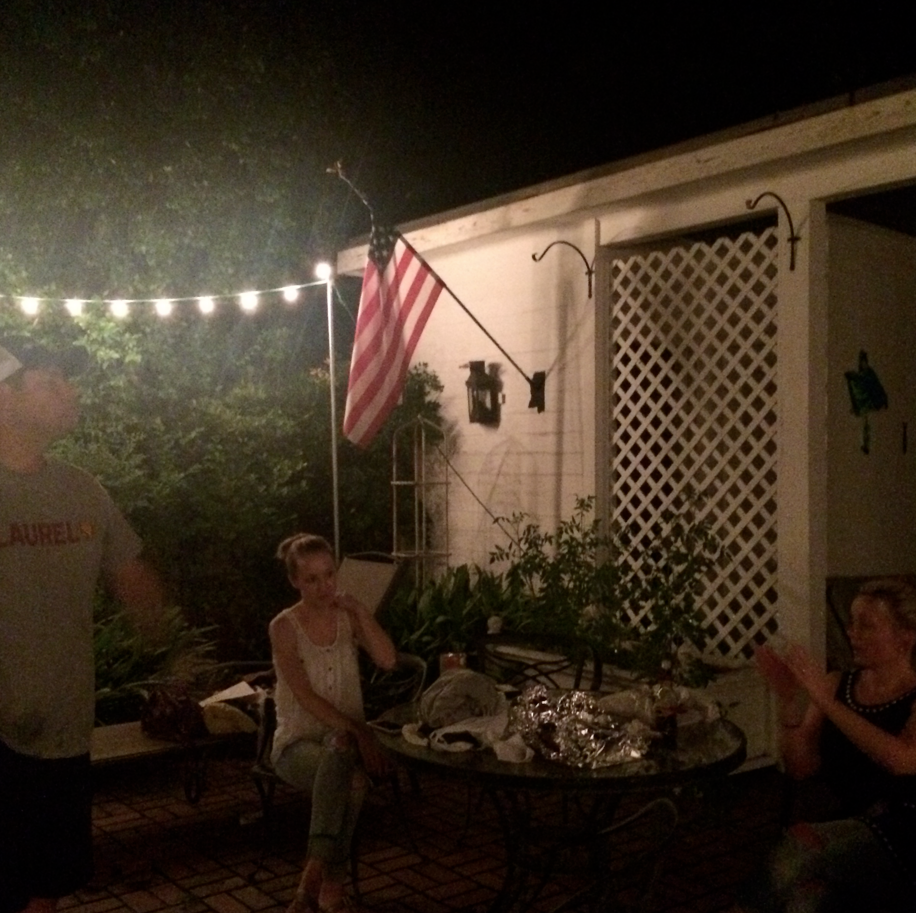 Which ultimately became an effort at synchronized swimming by Ben, Jesse and Jim. Every picture was blurry… 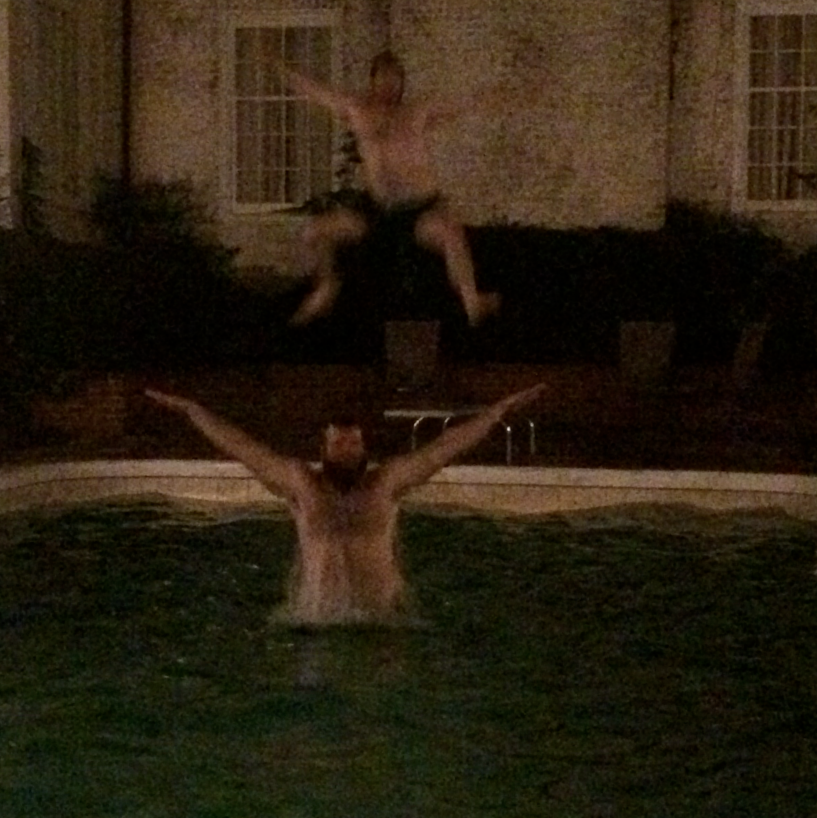 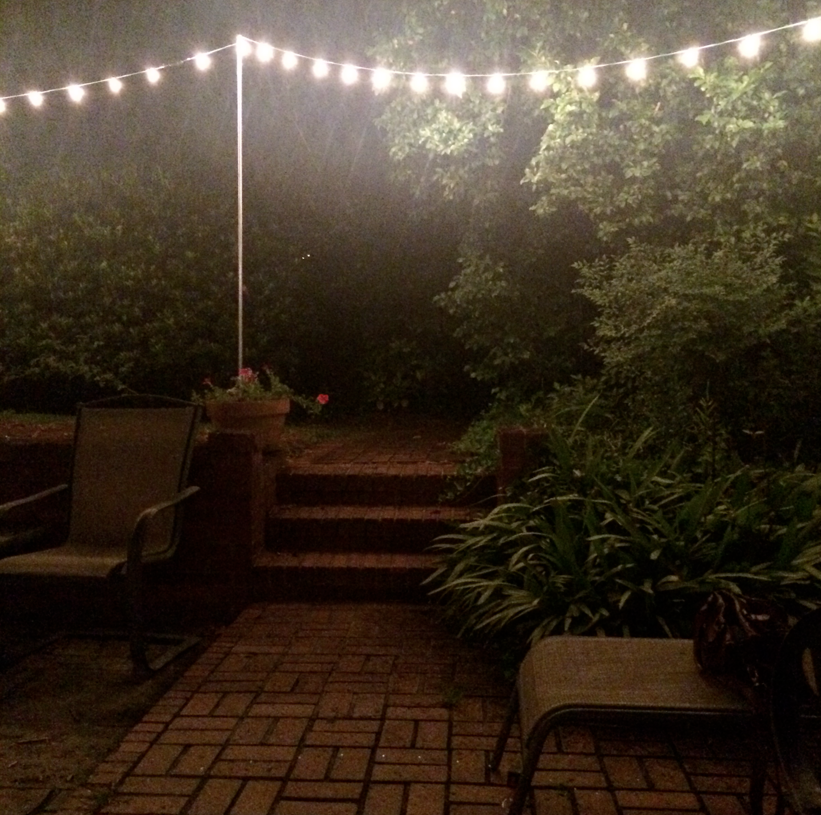 But as mama said, “It’s best not to behold such manhood clearly.”