It took every bit of today to get our Christmas decorations put away and the house deep cleaned, and I relished the opportunity to just be there, padding around the house in my favorite old sweatshirt, with my favorite tea and lemon candles lit, and a cold drizzling rain falling all day long. I took the whole day off from work and it was glorious. See you next year, Santa! 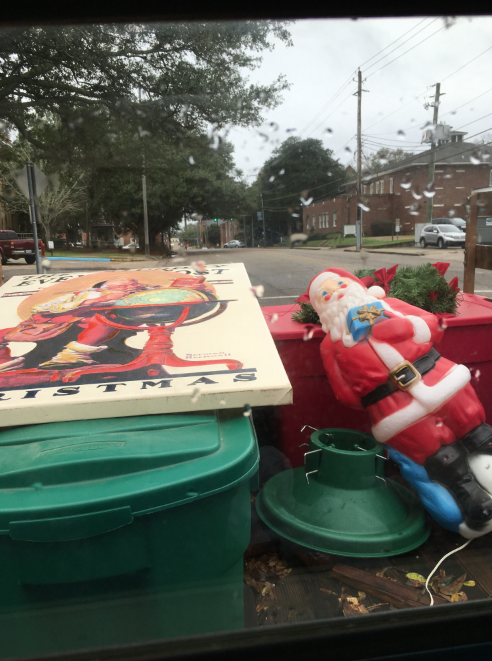 I wasn’t just cleaning for kicks, though. I had to get the house all fluffed up because some of our dear friends from Ole Miss were coming to town! We haven’t stayed with them in Memphis since the Goo Goo Dolls concert in 2011 when Ben was on crutches (one of the funnest days ever) and they haven’t been to visit Laurel since 2010 for THE Tackiest Christmas Party at Jim and Mal’s back when we lived in the lofts, so they haven’t even been to our “new” houses since we moved into them a few years ago! Rebecca was basically our 4th roommate in college, and one of the very first friends I made the week we started school. This is the first picture we ever took together, when Ben threw a surprise party for me and invited all the people we had met in our first week of school. We didn’t know a soul, but these folks were sweet enough to come to my party that night and be our friends. 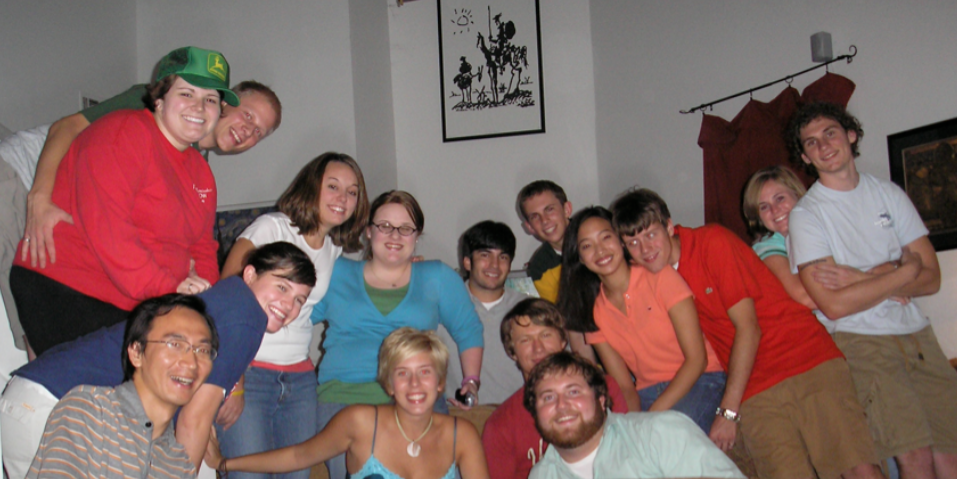 Her husband Josh (boyfriend back then) was my next door neighbor at my first apartment, and we all hit it off right away. A few weeks later, I met Mallorie through my roommate who lived on her same floor in the dorms freshman year. The three of us were peas in a pod after that. 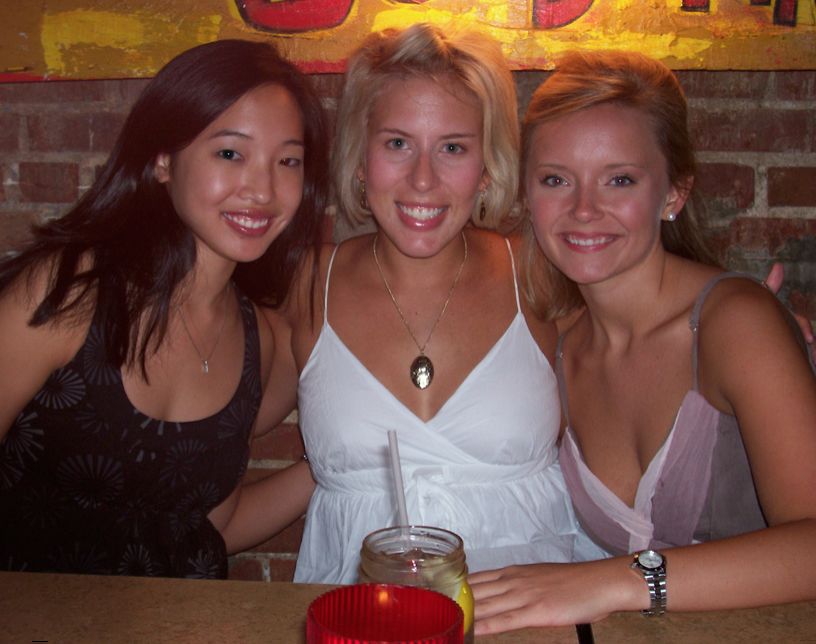 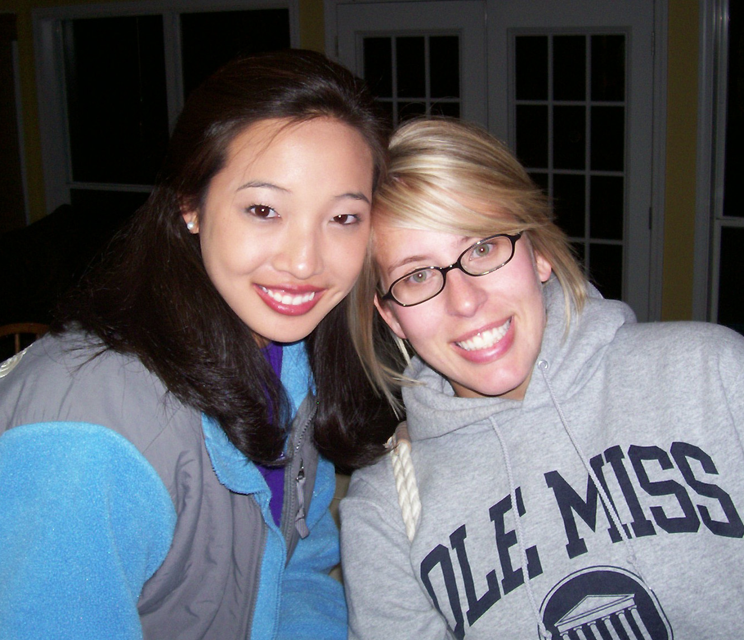 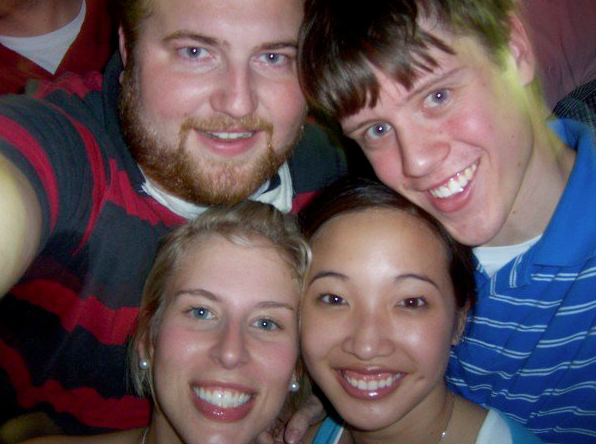 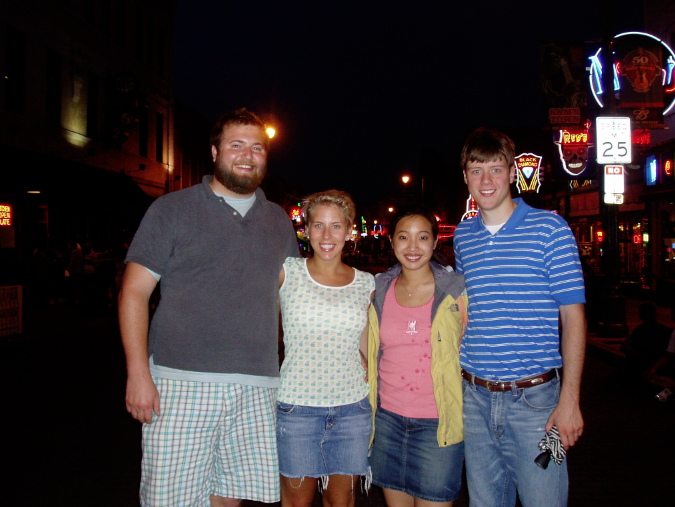 This was the night Jim and Mallorie met, at my senior thesis show! 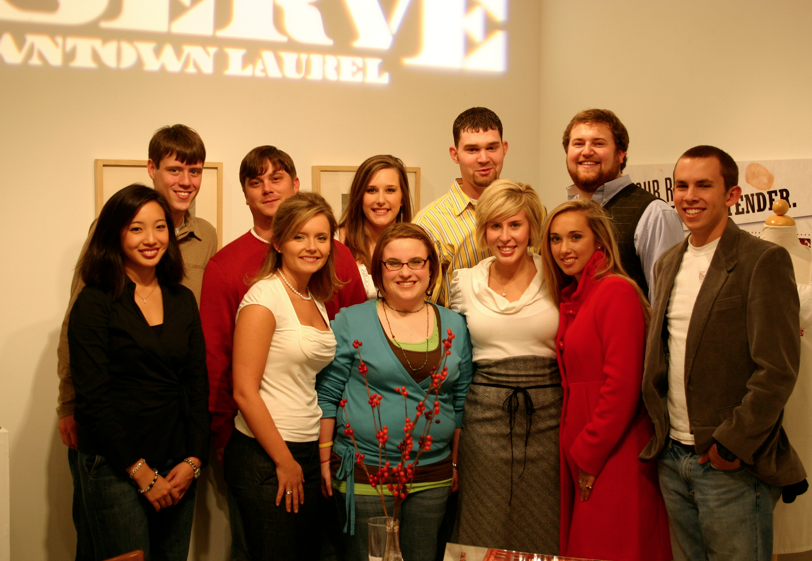 And here we are the day after, in The Grove before the LSU game. It was our last semester as college kids. 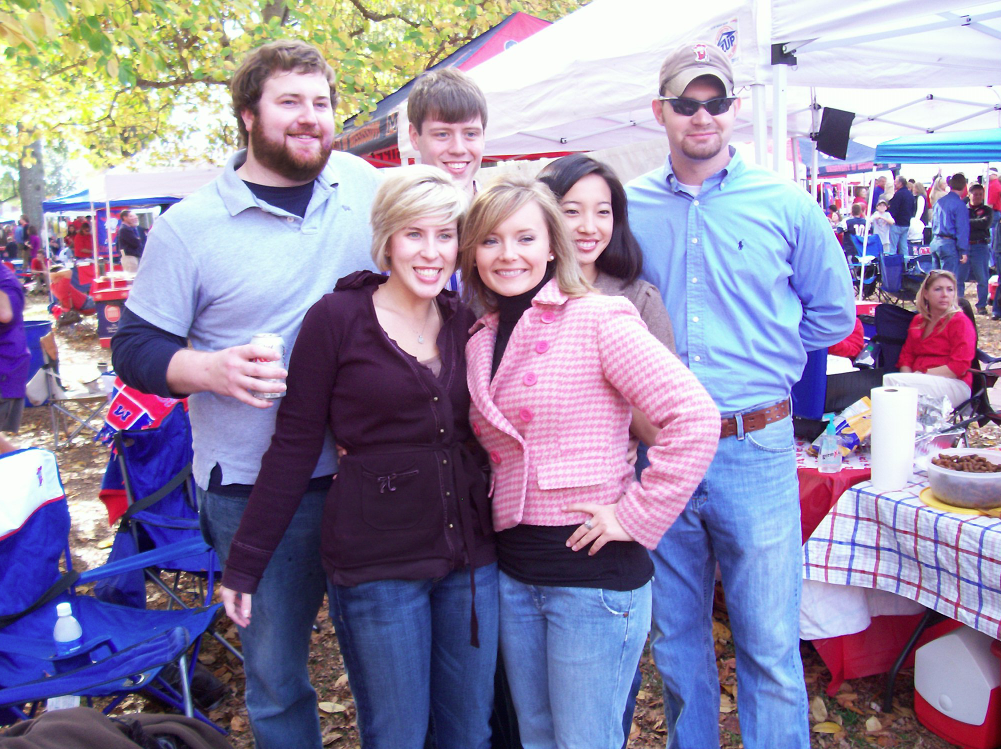 Then there was Mallorie’s bachelorette weekend at Logan’s lake house in Vicksburg: 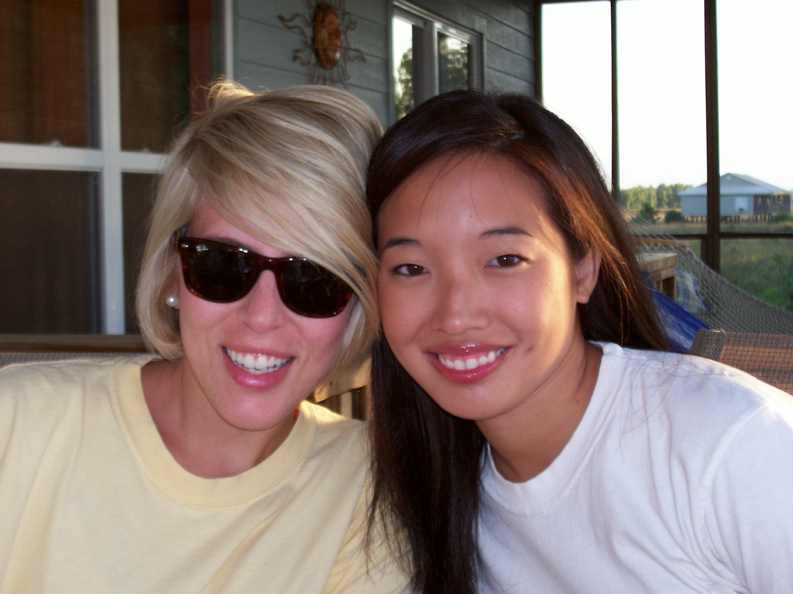 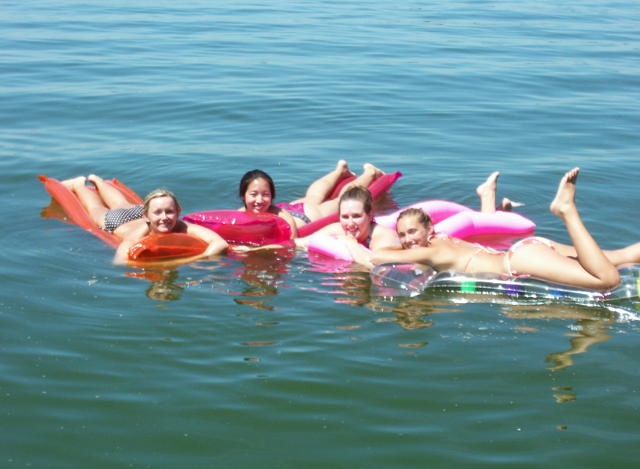 We took birthday trips to Memphis, late night trips to Sonic, stalked The Grove together on gamedays for friends with parents who set up swanky tents and would feed us, they were standing there filming it when Ben proposed, and we were all in each others’ weddings, then we moved so far apart from one another that our opportunities to be together dwindled. Tonight, it was just like we saw each other yesterday. Aren’t old friends who knew you when you were younger wonderful? 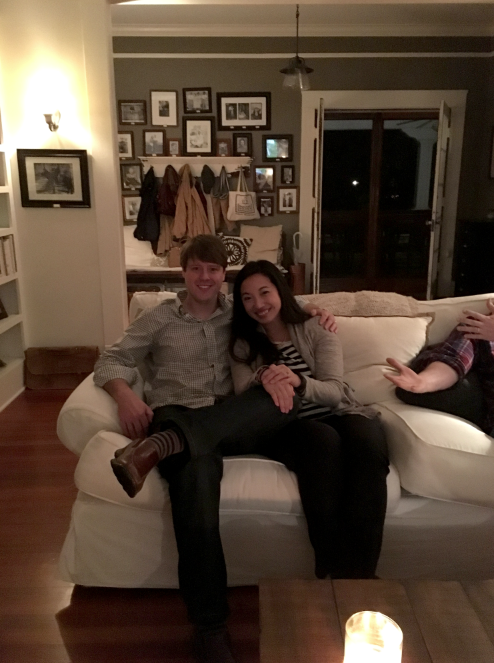 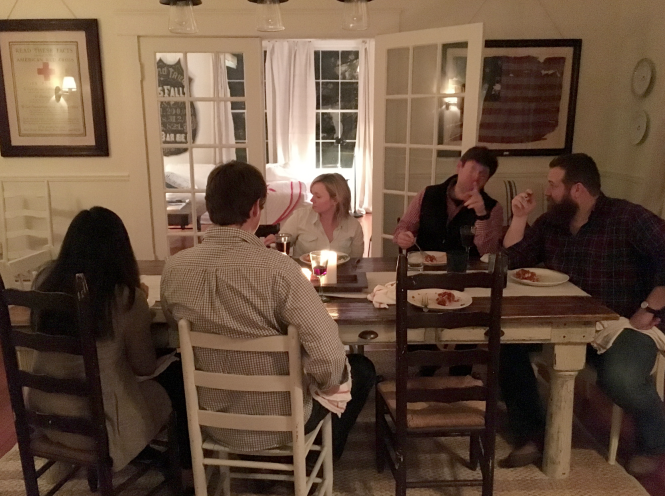 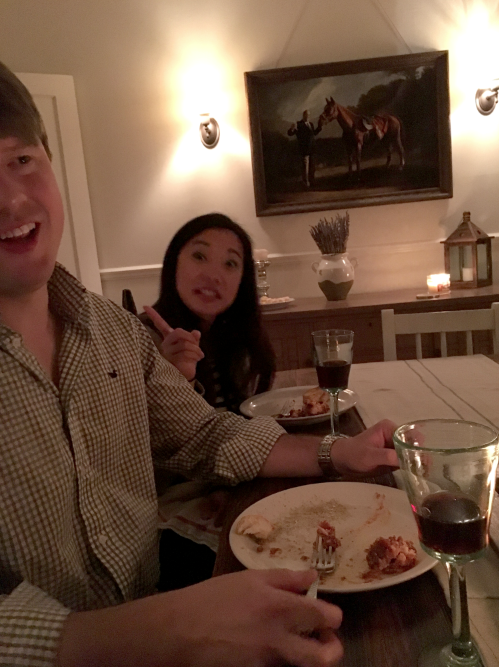 When Lucy found out that Rebecca is a real life (classically trained!) ballerina, we couldn’t compete. REBECCA IS HER FAVORITE! 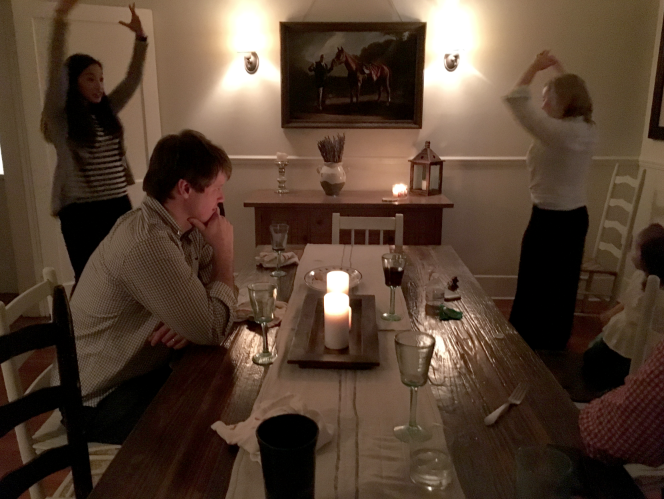 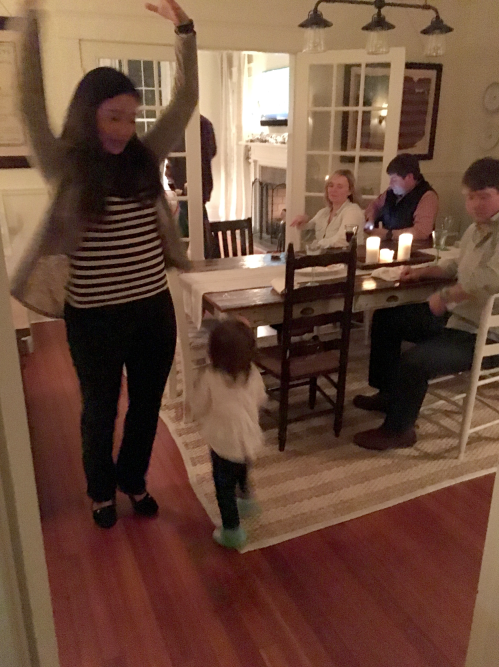 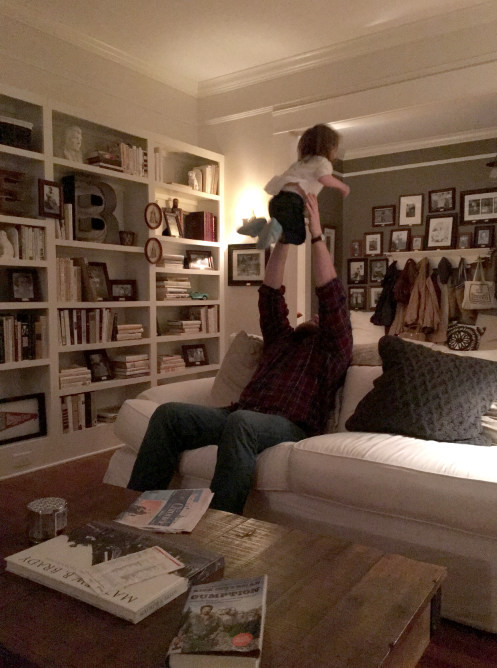 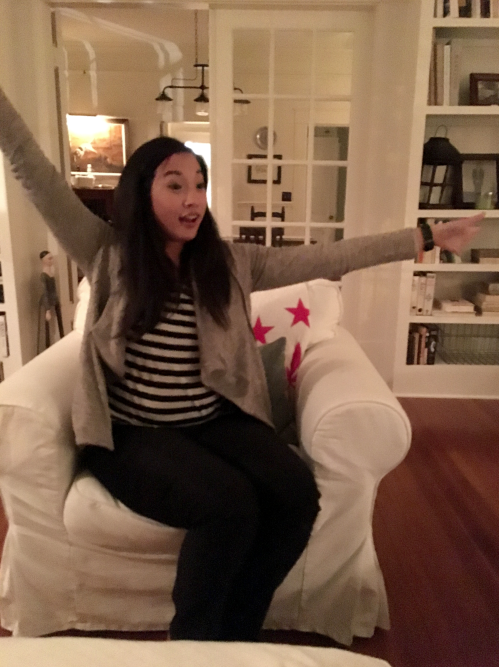 I’m excited to wake up and see these familiar faces and to ring in the new year with them. See you tomorrow with the 2015 year end review, friends!