Today during the bathroom renovation, we uncovered a hammer lost between the exterior and interior walls since 1925 when the house was built. The moment the hammer was found, our doorbell rang and I found a lady at our front door with a Manila envelope of photos of our house from 1925, right when the construction was finished. She said they belonged with our house, and she knows her grandparents who built it would be happy for us to have them. She came inside and told us where her grandfather Haynes would put his hat and coat on the hall tree inside the front door, how they used the salvaged lumber from Lauren Rogers’ unfinished original home that was dismantled by his brand new bride after his unexpected death. It was such a happy kind of serendipity that this all happened at the same time and we got to show her the hammer, too. 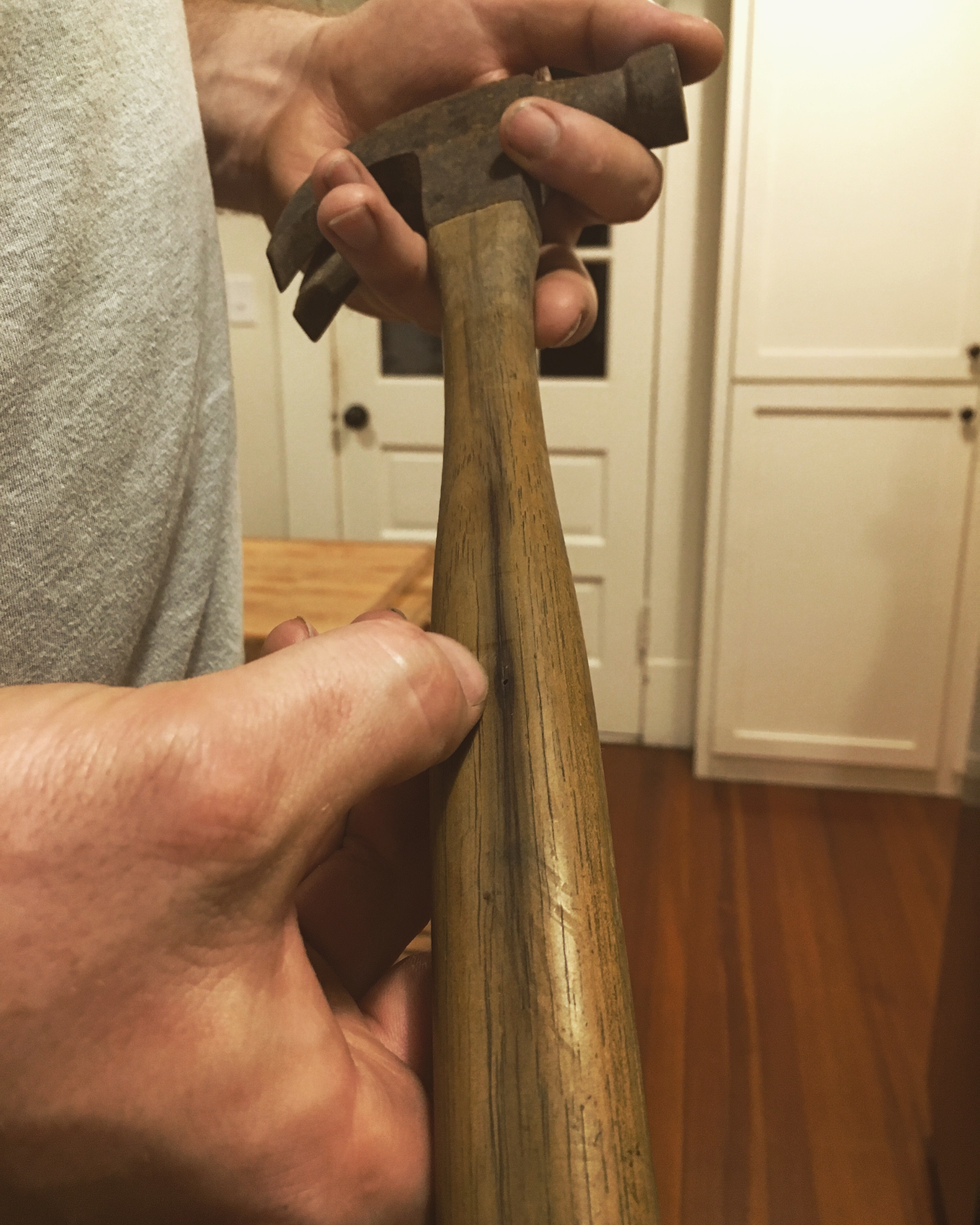 ﻿
Later tonight we stopped by my parents in search of a cassette tape I remembered from childhood, which we did find, but  we also uncovered my old artwork from junior high through college which thoroughly entertained Ben and mama: 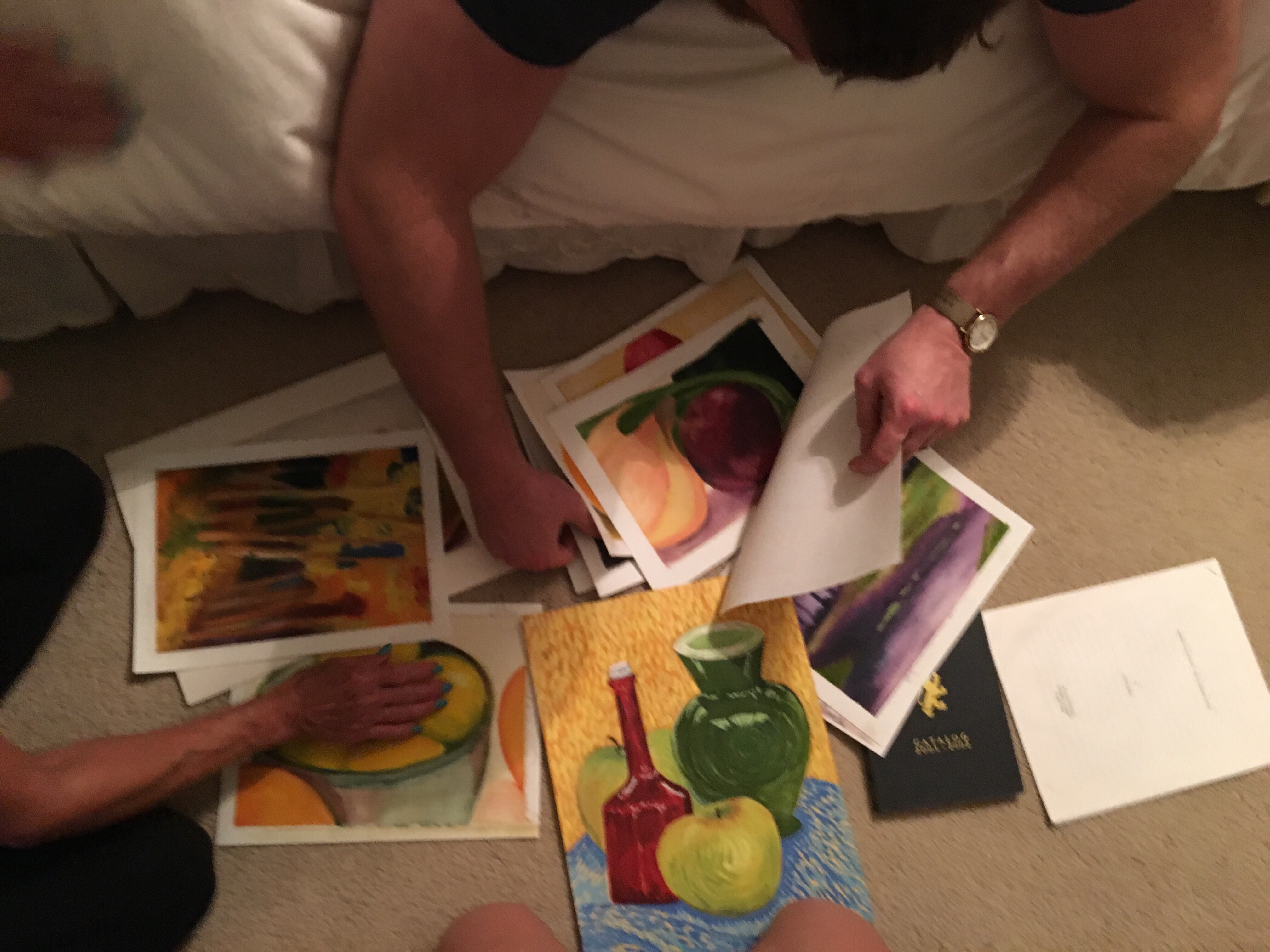 And then, we found the Flagler College rejection letter. 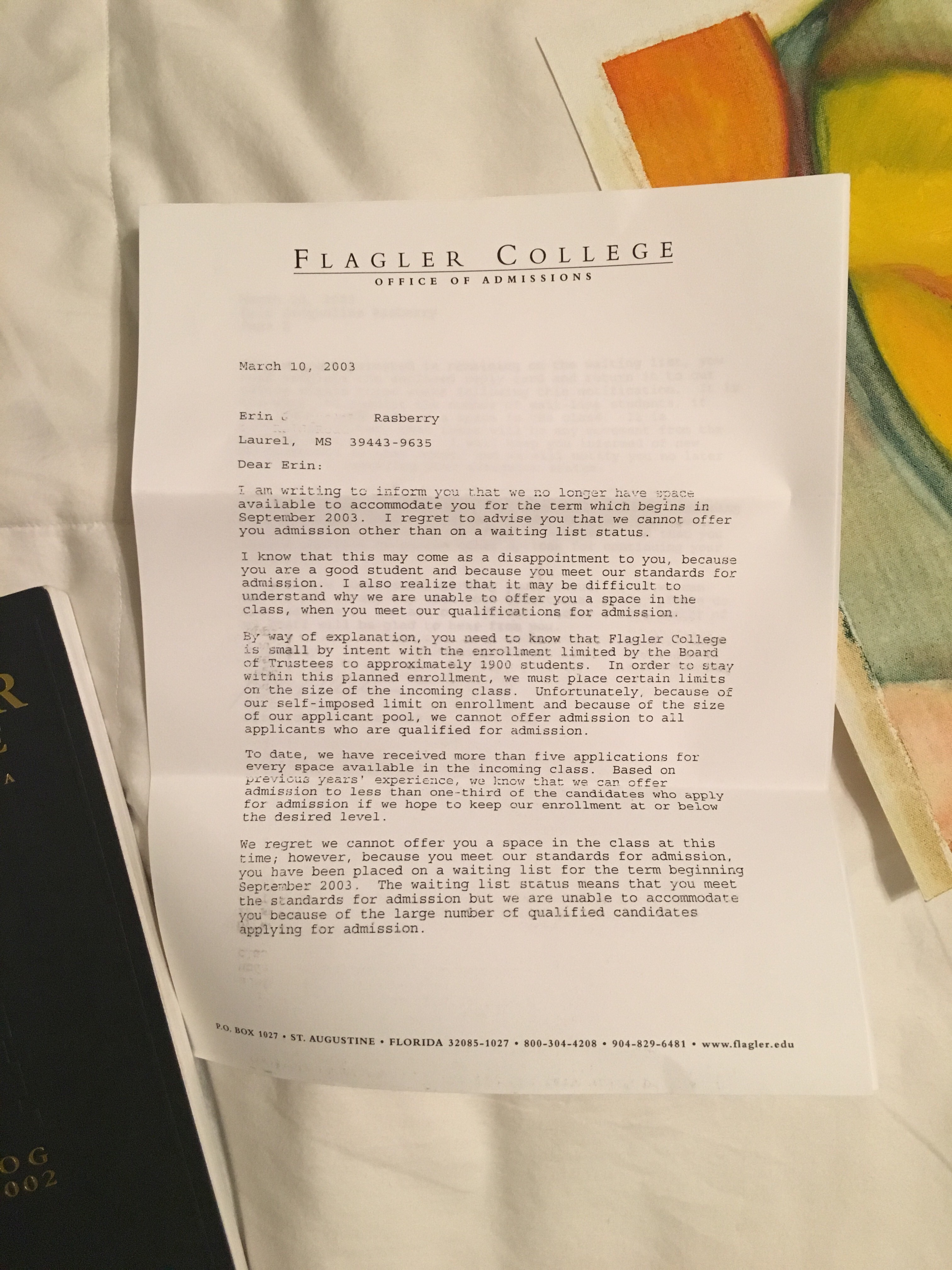 In 2003 it broke my heart and meant the end of my decade-long dream of art school in old Florida. Straight As and all the extracurriculars in the world couldn’t make the campus big enough to accept me. I thought I would never get over it. Now it makes me smile. Life twists and turns and takes us to places we could never imagine. But I like to think about that even if I had gone to Flagler, Ben and I would have met when he went there for a volunteer trip just 2 months before we met at our college. We were happening, one way or another.