Skip to content
Buy One Get One FreeAmerican Made Flannels
Always American MAdeRead Our Story
You should know this about me — I am HORRIBLE at waiting to give gifts. The element of surprise is just too sweet a temptation and I give in and hand them an unwrapped gift the moment it arrives on my doorstep. Usually.
I bought Ben new boots like he wanted from J.Crew (except not those exact boots because I’m not filthy rich but don’t judge me because they are Frye boots, the oldest shoemaker in America! That’s got to count for something.), and I waited to give them to him… Until after lunch. They arrived at around 11 am, and I waited 2 hours and even wrapped them first. His birthday isn’t actually until September 24, but I just couldn’t STAND to know they are here and not on his feet. Even though he can’t actually wear them for probably 2 more months because it’s hotter than hee-haw in Mississippi right now. Who cares? He is the best gift opener in the world. If it were a box of back issues of Home & Garden magazine from the 1980s, he would still react like this: 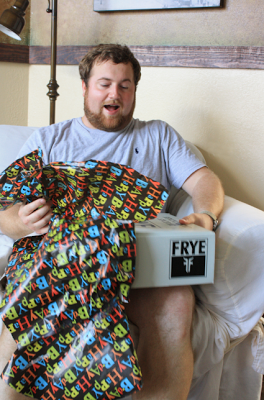 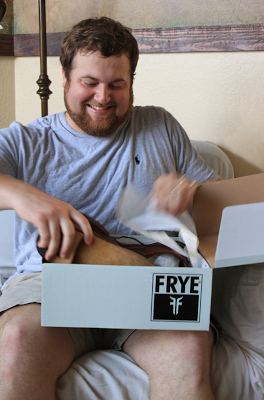 I could eat him up. Love this guy. 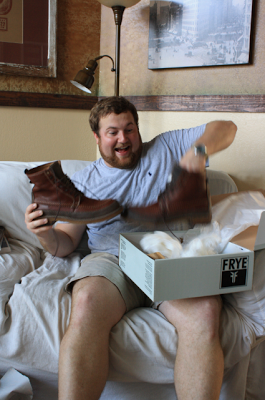 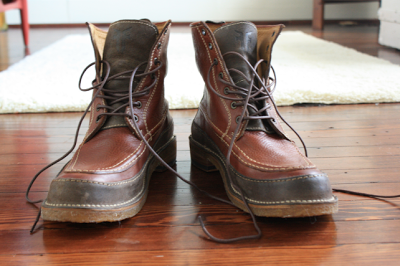 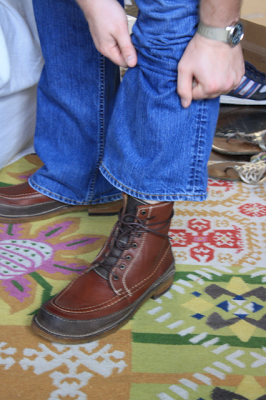