Normally I would tell you that the food was the best thing about today, but that’s not so. Better than the food, and better than the fact that we can officially celebrate Christmas coming up, was watching home movies. We watched the Rasberry family Christmases and Easter from 1985-88, and got SO tickled about what country bumpkins we sound like on film (6 year-old Jim squealing in delight: “It’s gawt a ZIPPEEERRRRR!” when he opened an otherwise unremarkable sweatshirt). Later tonight, we watched Ben’s home movies at his parents’ house and got SO tickled at Tom’s little 5 year-old butt in whitey-tighties and a very theatrical 9 year-old Ben doing the peanut butter & jelly song with hand motions.
After childhood videos, I got to see my husband for the first time as a teenager on tape. 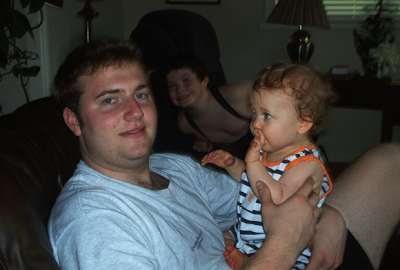 (This was around the time the video was filmed, except his hair was shorter here.)
I always think about what he was like before I existed in his world, if he was a goofy high school boy, or a too-cool type… I was surprised to see him at 18 looking much older than most teenagers his age, with shaggy hair, broad shoulders, clean shaven and a North Carolina non-accent that I’ve never heard come from his mouth. He slipped back into his Mississippi drawl when they moved back in 2003, but it was fascinating to see him talking and laughing as a person I didn’t know at all. In the video, he was definitely the funny guy—doing Chris Farley impersonations and tearing his shirt off for a laugh. I would have had a crush on him then if we had known each other. Oh man… I love that guy.
Here are some photos from today: 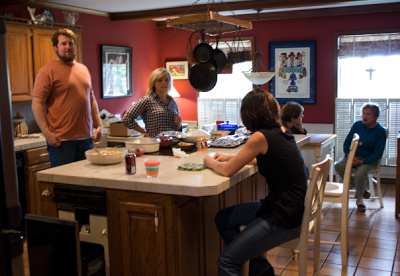 Lunch at mama and daddy’s with the Razzles 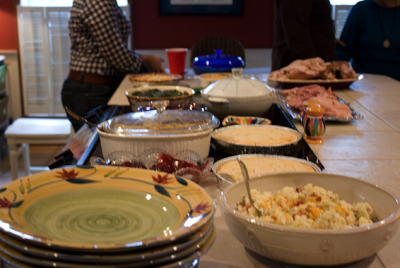 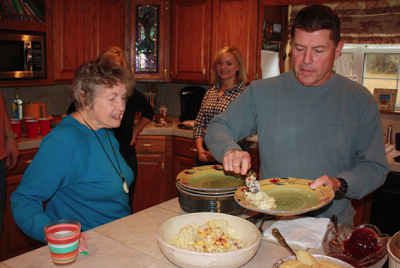 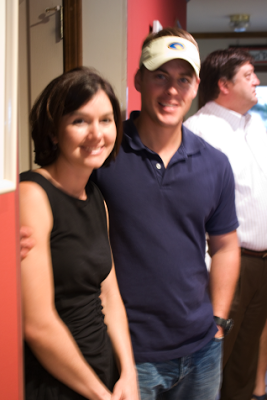 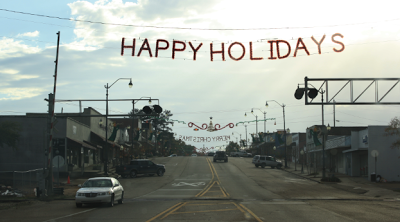 This is Collins, the town where Ben was born and his grandparents still live. 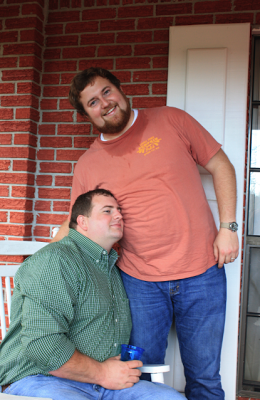 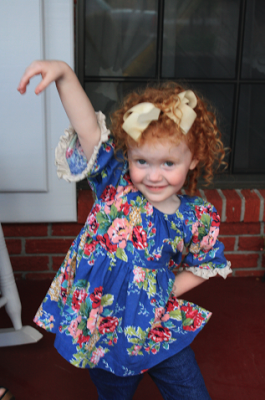 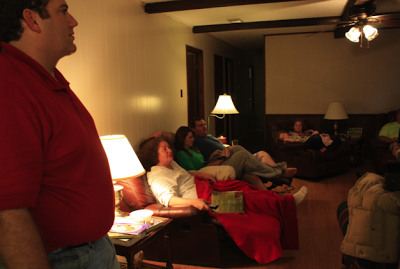