Skip to content
Buy One Get One FreeAmerican Made Flannels
Always American MAdeRead Our Story
I know I’ve beat this dead horse… to death, but in case you didn’t know, Ben is very handy.
Clark’s Jeep has been leaking fluid for a while and it got to the point where he couldn’t drive it because it would run hot. I told him it was probably the J bolt or his flux capacitor going out. Ben told him it was the radiator. What does he know?
So today he spent about an hour replacing the radiator while Clark, his friend Danny and I just watched and scratched our heads. 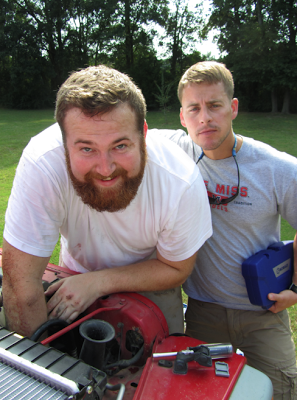 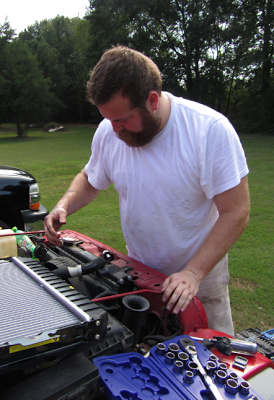 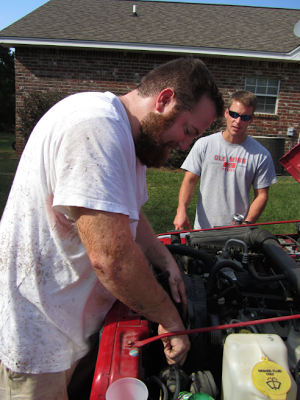 When he was finished, Clark took it for a spin and there was no leak, no running hot. Voila! Great success.
P.S.,
Don’t you worry, because the paint is O.K. 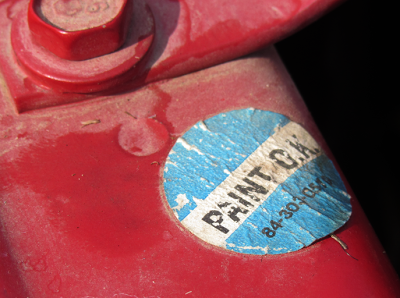