Every year in early August, my cousin Steve and his kids Seth and Emily come for a visit from Missouri. I wish they could just stay forever because it’s always so much fun when they’re here. Everyone on mama’s entire side of the family gets together for a big party. 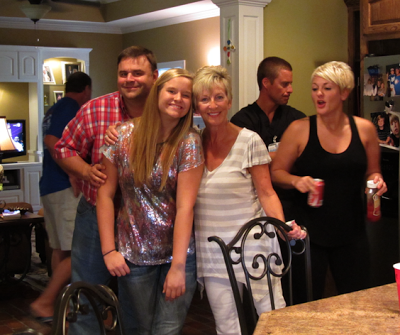 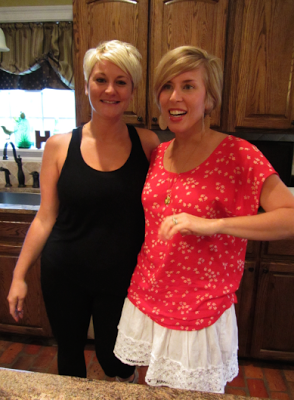 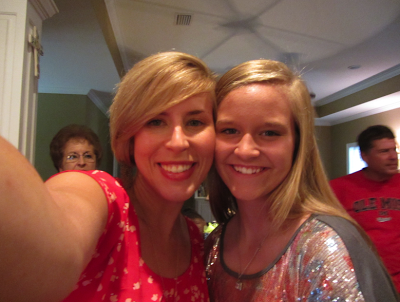 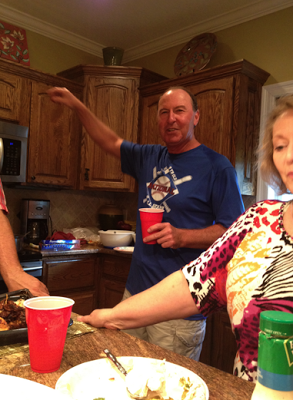 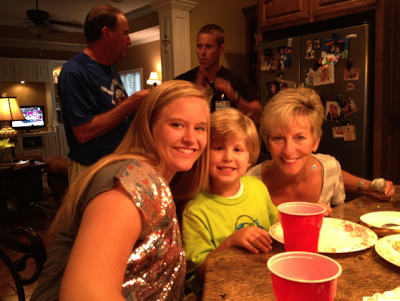 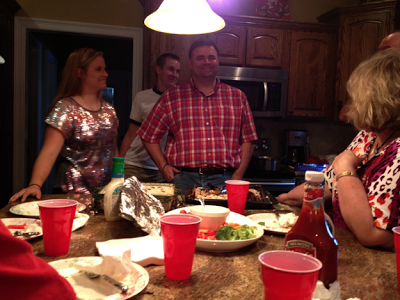 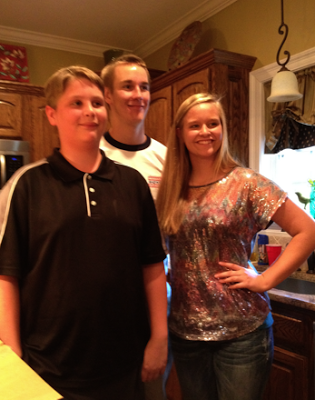 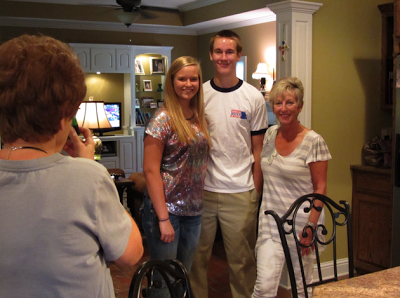 Ben was late to the party and when he rolled up, everyone was so excited to see him. Because they all think he looks like Zac Brown. Uncle Bobby ran and grabbed the new Southern Living to show us. 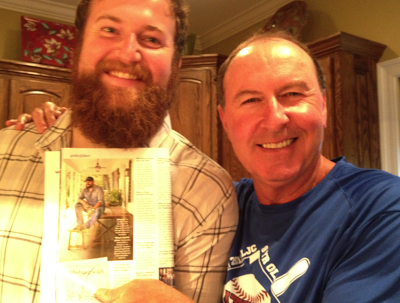 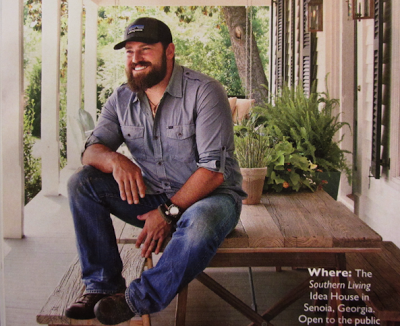 My cousin Emily wanted to take a picture with him for facebook, so he grabbed a hat out of his truck and voila! Celebrity impersonator. 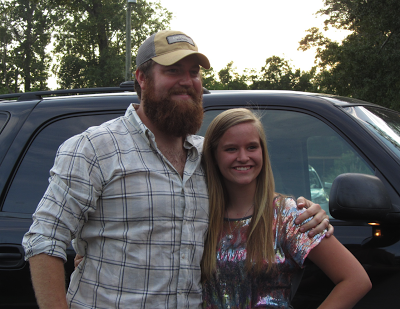 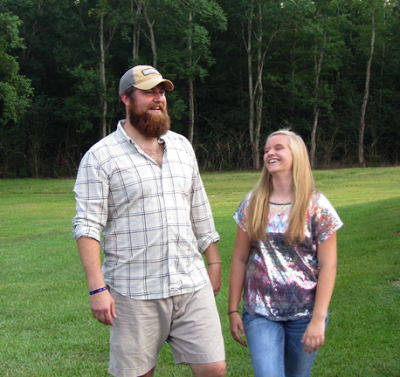 Then he and Mae Mae discussed nutrition and low carb dieting. 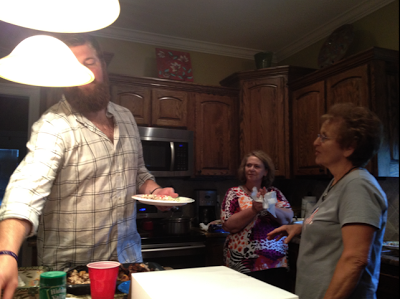 There was couch jumping and everything, so obviously a good time. 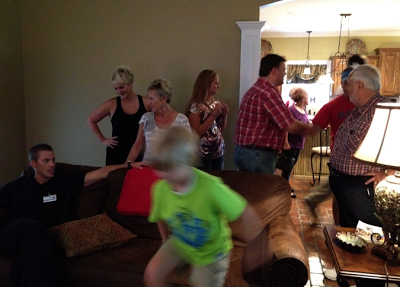