In case you missed it—Ben’s now lost 60 lbs. since May which makes him slimmer than he’s ever been since we’ve known each other. Which means he’s like a whole new person in a way. People who haven’t seen him lately are freaking out about how different he looks, and I can’t tell y’all how impressed I am with his determination. He’s planning to just keep on going indefinitely which is prompting him to throw out all of his clothes that are too big. He wanted to pull his clothes from freshman year out of storage and see if he could wear any of it, and it all fits again. He was so excited! There has never been a man on earth who loved a good t-shirt more than my husband. Today we opened up our own time capsule as he tried on some of his favorites from his early college days. These t-shirts got washed and are going in the closet tonight: 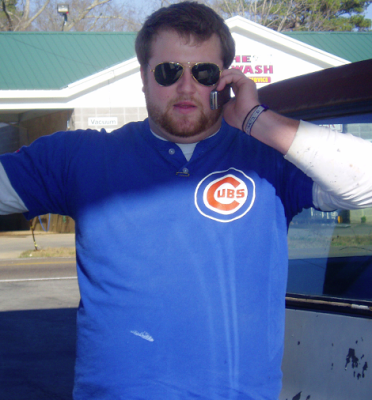 He’s been missing this Cubs shirt so hard since 2005 and he doesn’t even watch baseball. 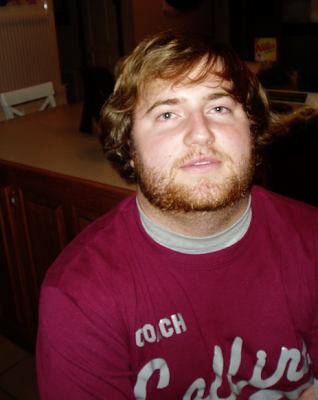 The thrift store king has lots of goodies like this ‘coach’ shirt.


And my all-time favorite, the US Postal Service shirt he wore the day he left to go home for the month-long Christmas break after our first week of dating: 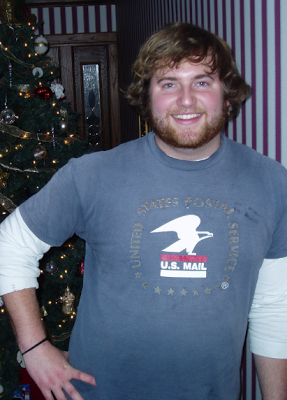 And the minute he got home to Iuka after the 5 hour drive, he buzzed off his awesome curly hair and shaved so his daddy wouldn’t see before he got home from work. He’s now 5 lbs. slimmer than he was then, which means this is what’s currently hiding under that grizzly beard that you have likely never seen in person if you’ve met us after 2005: 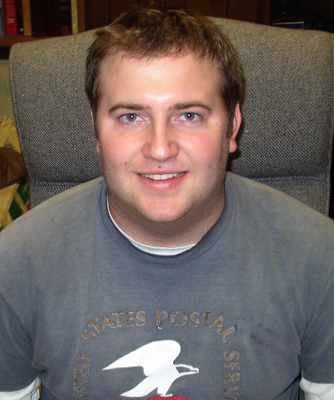 He’s shaved it off once more since then, and he’s a stranger to me like this. A handsome stranger, but not my husband.


I can’t tell y’all how proud I am of him. I only wish I had that kind of will power and determination to diet and exercise like he has. What a dude. 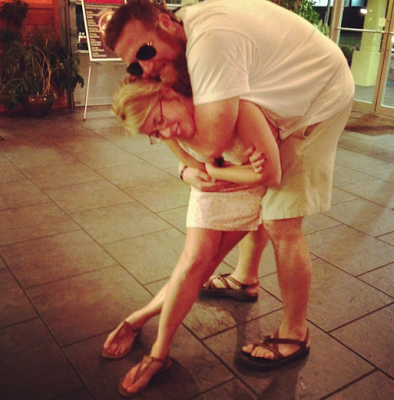