Skip to content
Save 20% On Candles & ScentsCode: CANDLE20
Free shippingOn all orders over $99
Save 25% or MoreOn Remaining Holiday

Lately we’ve been spending a lot of time with Jesse since he now lives 6 miles down the road. Tonight he had dinner with us and as usual we ended up getting into a long, very in depth conversation about how the internet has completely, in his words, “destroyed the social dynamic of humanity and I honestly don’t think it can ever be salvaged at this point. Unless someone takes down the system, which I guess is possible but unlikely. People don’t talk to each other anymore and I hate that.”


I tell you this here, on my blog, the ruination of social dynamics, ironically.

But the fact that an 18 year old has these thoughts, that he’s recently been thinking about “what if” in actuality, the world is a result of his imagination, that when he leaves our house it ceases to exist, that when Jim and Mallorie come over and leave his presence, they vanish, they do not exist, that when we speak, it’s because it’s what he imagines we would say.

He realizes this isn’t the truth, but it’s interesting to think about. 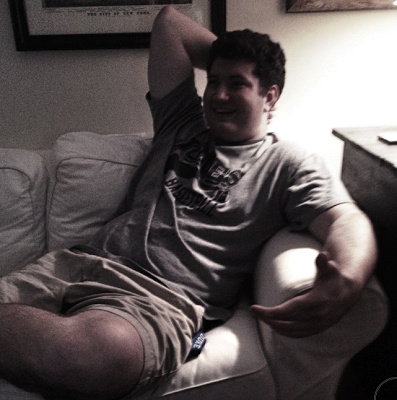 I don’t know what he’s going to do about finding people his age to talk to. Are there other 18 year olds thinking these things? He’s a cool kid, I tell you.