Today was the last leg of the big road trip. We woke up at the Holiday Inn Express in Harrisonburg, Virginia and were on the road by 7:45 am. We saw the fog over Natural Bridge, just a few miles down the road: 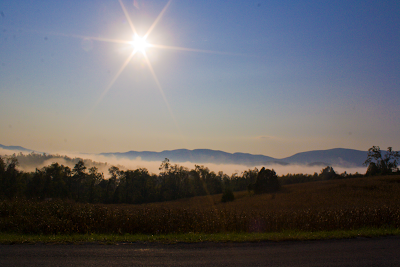 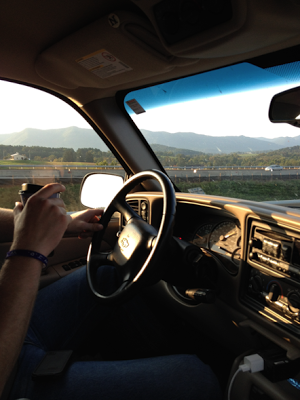 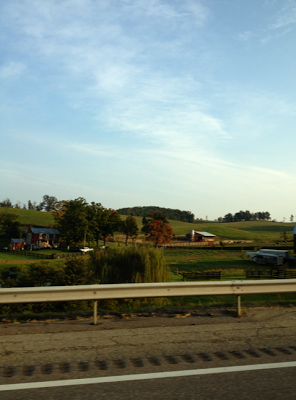 And we spent most of the day looking for junk and antique stores along the way. I’m happy to report that we came away with some treasures somewhere near Roanoke! We got 2 beautifully worn antique kilim rugs for one really great price: 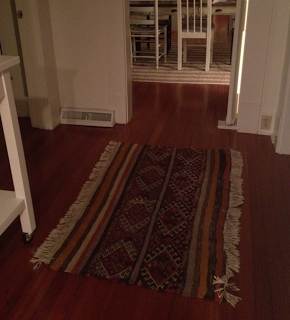 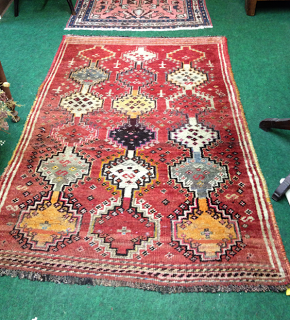 And this huge old quilt to hang on the wall in the stairwell across from our family photos. Or I’ll stick it somewhere else, but either way, I had to have it. 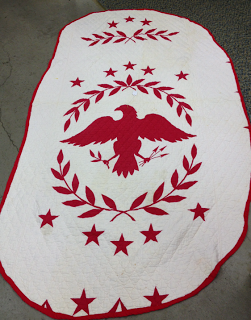 We listened to everything we could find by Jim Gaffigan on Slacker Radio’s comedy channels and laughed until I nearly choked to death while taking a sip during a punchline. 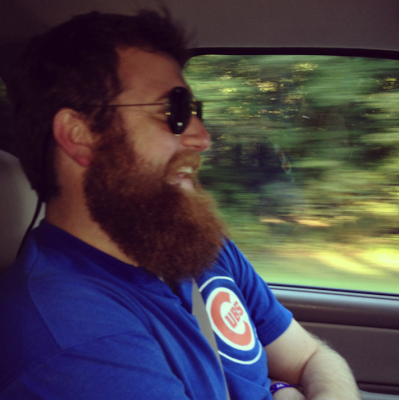 And after a 13 hour drive, we finally made it to home sweet home where our dogs were completely overjoyed to see us. Baker stood up on his back legs, placed his front paws on my shoulders and gave me the sincerest human-like hug and nuzzled is head between my neck and shoulder. Ben snapped a picture after the 5th human hug as he was finally calming down and getting back on the ground. 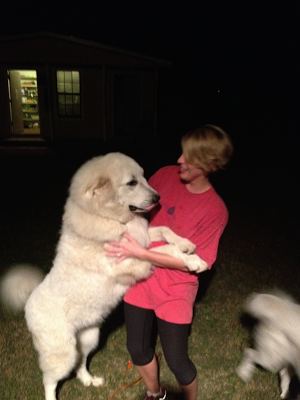 Sweet Chevy, who hates to have his picture taken, took the more subtle greeting of shaking hands about 1,000 times the first 3 minutes we were home. He also would jump up on his hind legs, but he would sooner die than actually jump ON someone, though he did attempt to lick my face with each jump. 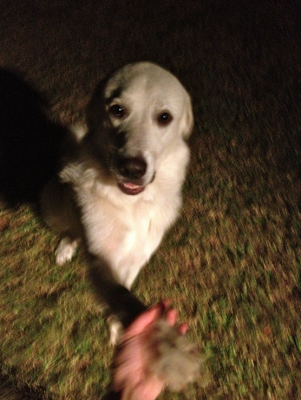 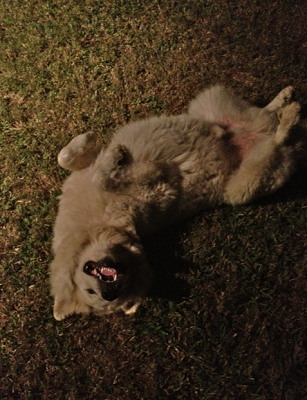 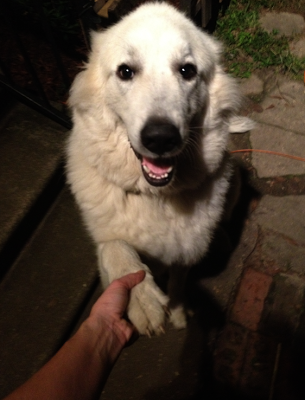 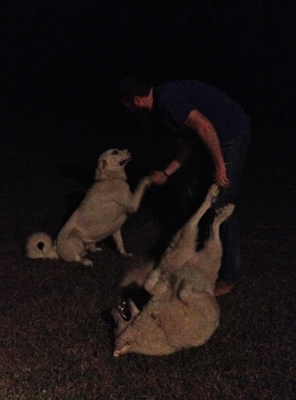 What sweet pups we have. I often wonder if they really know the difference if we leave. I used to think, as long as someone’s putting kibble and water in their bowls, does it matter who does it? I think maybe it does. They know we’re their people, I think.

I’m really glad we cut the trip short. I was missing home so badly.