Skip to content
save 20% on your orderCode: HOMETOWN
Spend $100Get A Free Candle
Always American MAdeRead Our Story

So in April, a new store opened downtown. Mallorie and I first discovered it before it opened, late one night after the movies and wondered how the world slipped a non-chain Anthropologie type store right under our noses, into our neighborhood, without notice. Quarter Century is in what was once the kiln for our booming lumber town. It’s a warehouse with brick walls and concrete ceilings and heart pine floors and linen sofas from Restoration Hardware and $100 cotton pajamas that feel exactly like my grandmother’s fanciest bed linens. In short, this is a magical place where dried longstem roses are pinned to wires suspended from a chandelier and you can buy Free People and Tracy Reese among other terribly cool (albeit expensive) designers. 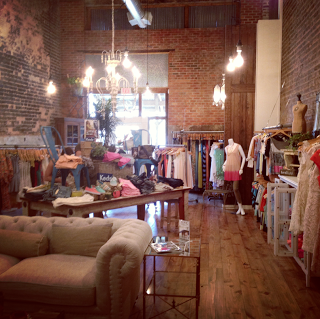 Well today they had a sale. In which everything in the store was 75% off.

Everything. To make way for the fall clothes. Because fall is coming already!

I’m not much of a shopper unless I have something particular in mind, but a sale like that begs to be taken advantage of and so I did. I instagrammed it and roughly 120 seconds later, Mallorie, Katie and my mama were walking through the door. 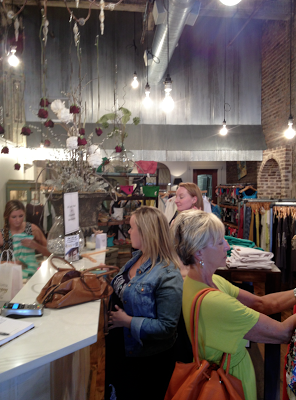 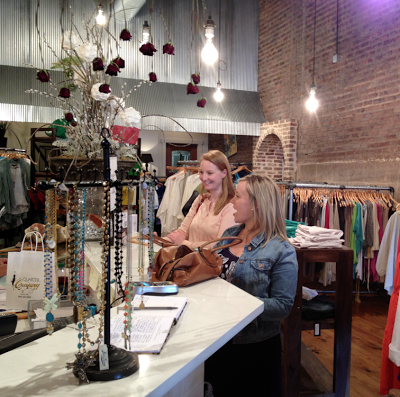 After trying on a million things, I bought these super flowy wideleg floral pants that looks like a skirt and a sea foam green denim vest. 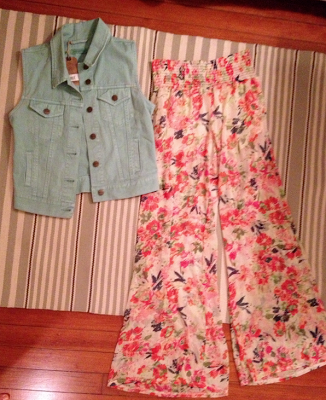 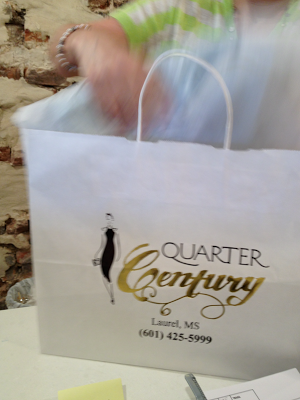 And I left. I got in the car. I immediately realized how stupid it was not to buy the beautiful dresses I had tried on when they’re basically free. I went back in there. I bought the dresses. 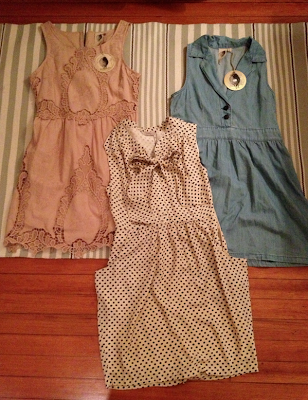 Turns out I’m in love with a designer called Black Sheep. Almost everything I bought was by them. Normally, this would have never happened because I don’t make a habit of buying $100 dresses on a whim. But today those $100 dresses were $25. 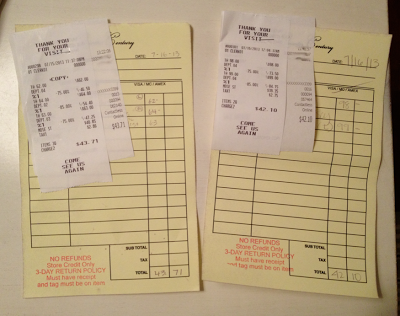 P.S.
Allison from Australia, if you’re reading this, please email me: erin{at}lucky-luxe.com! I have so many questions for you regarding your idea from a few days ago!