As our mornings in Wakulla Springs always go, we had griddle cakes: 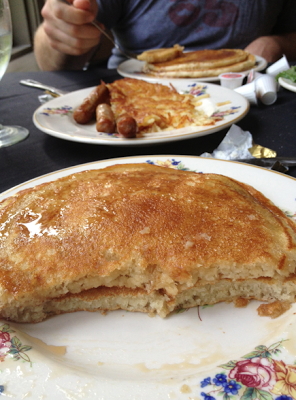 Then Ben faces his greatest fear by jumping from the diving tower into the springs: 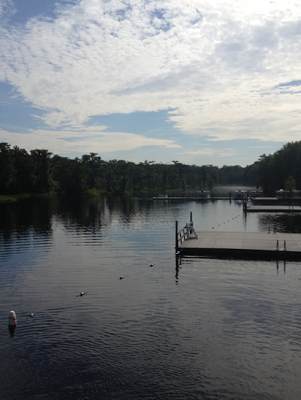 Then we said goodbye until next year and took two lanes headed north bound for Senoia, Georgia. We passed through a cute town with a square and a deli and stopped for lunch there, in Bainbridge. 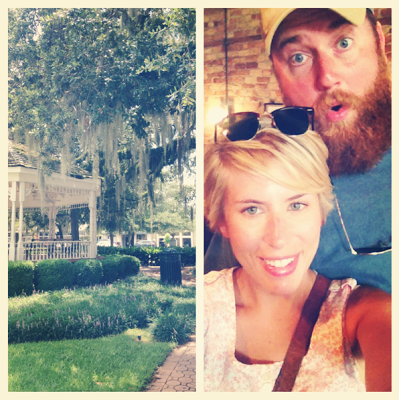 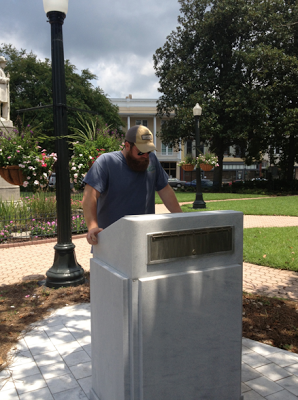 And after many many miles of rural driving, we finally made it to Senoia around 5 pm. And y’all.

So I knew this is the town where they film The Walking Dead. But I didn’t realize that they ARE filming it right now. Like, as we speak, Andrew Lincoln is somewhere close enough to me that I could holler and he’d maybe hear it. How did we discover this fact? Well, I’ve wanted to see Hershel’s farmhouse so I did some detective Googling and found the location of it. So when we got into town, that’s where we went first. Except we didn’t make it to Hershel’s house because we were stopped by the film production and security who were baffled that we had driven right in. Uhhh… I don’t know why everyone else in the world hasn’t already. The show has taken over basically all of Chestlehurst Road in Senoia for anyone interested in slipping right in like we did. There, we saw yards and yards of tarp covering where filming was happening and the ragged out Hyundai they’ve been driving since Shane died.

And at the dead end of this road is the HUGE film studio where (apparently) the crew parks their cars. They freaked out at the guard shack when we pulled up here. They wouldn’t even let us turn around in the lot, we had to back up and leave. 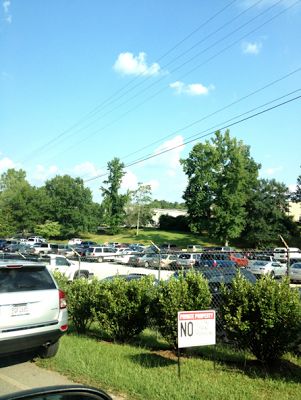 We quickly learned that anywhere you see these red and white signs that say “NO TRESPASSING OR LOITERING, PRIVATE PROPERTY” you’re around the filming areas. And signs of it are everywhere, all over the town. The bulk of the show is set on Main Street of Senoia, which is actually supposed to be a town called “Woodbury.” They keep the walkers out of Woodbury by making a wall at the end of town from a schoolbus and tractor tires among other scrap wood and metal. Well all of that stuff, along with the Governor’s truck, are just sitting behind a fence right at the entrance to town, ready to be thrown back together as the town filmset. 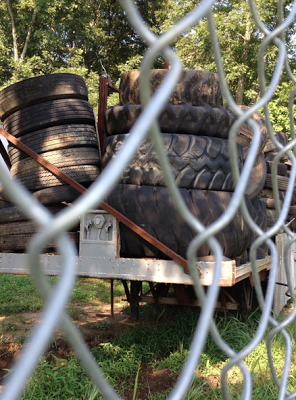 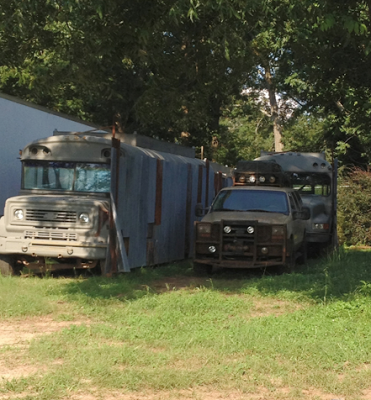 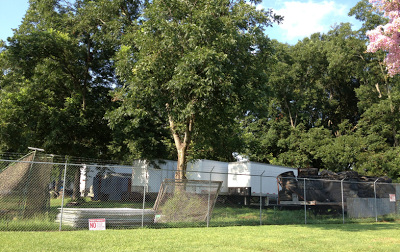 Here is Main Street on the show: 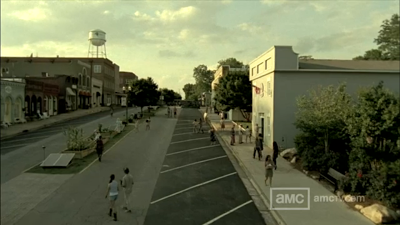 And here it is right now: 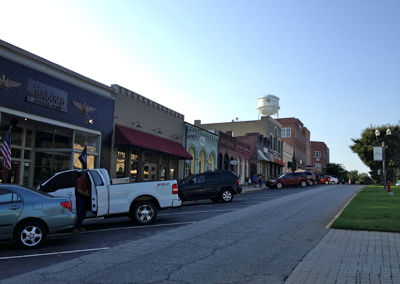 So then we went to get settled in at the bed and breakfast where we’re staying, a sprawling mansion right off of Main Street called The Veranda: 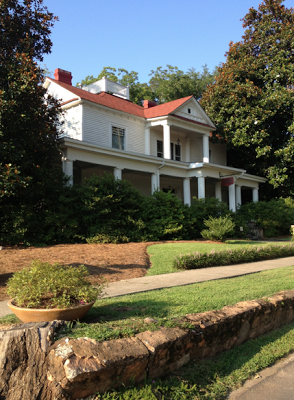 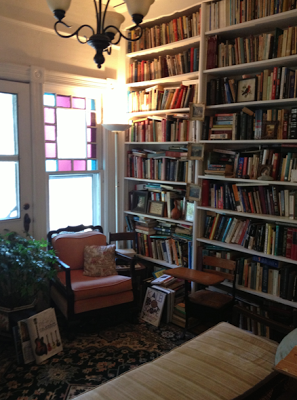 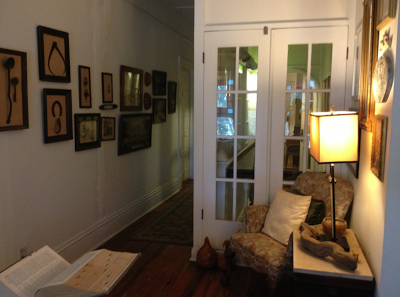 Where our totally awesome and adorable innkeeper, Mrs. Laura, shared with us that ours is the room that Laurie Holden, the actress who played Andrea on the show, rented during production while she was on the show. Starstruck. 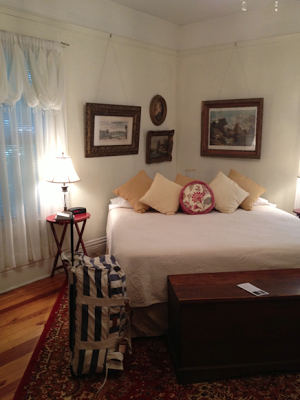 There were fresh strawberries and chocolate waiting for us. Dreamy.
We went out exploring town on foot and found the house from Fried Green Tomatoes just right around the corner, as well as the train tracks where Buddy dies in the movie. All kinds of movies have been filmed here, apparently. 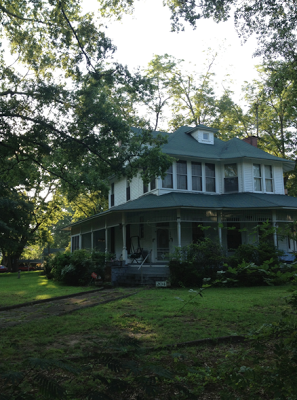 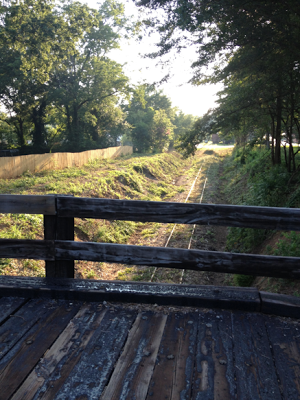 We went for dinner at Zac Brown’s restaurant/music venue, Southern Ground Social Club. Yes, Ben looks like him. No, it’s not intentionally. 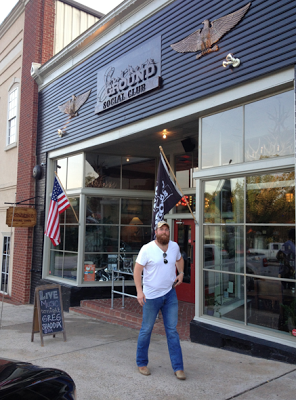 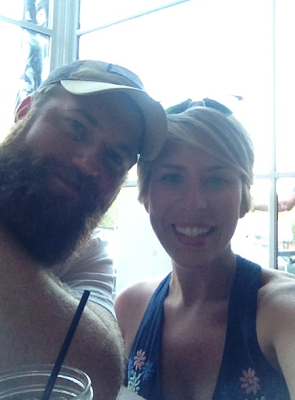 I had the most incredible little sandwich. Sweet barbecue chicken with pimiento and cheese melted between two hot, buttery cornbread cakes. Yes. Yes. 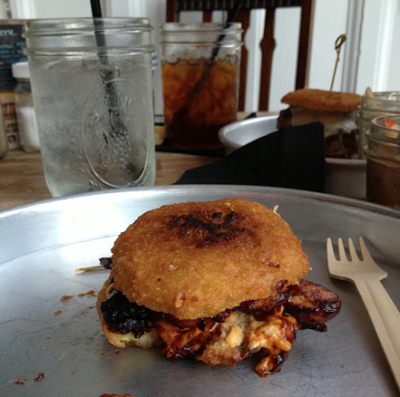 Afterward we kept wandering around town and found the 2012 Southern Living idea house, just a little ways down the street! 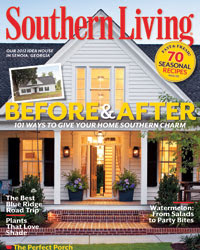 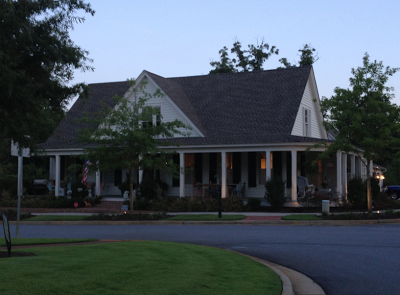 And before long, it was getting kind of late and we headed back to the Veranda for bedtime. Where we found fresh poundcake for anyone who’d like some. 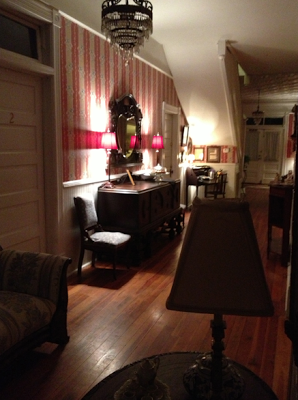 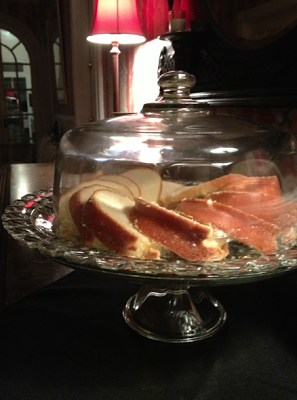 Mrs. Laura waited up for us and showed us to the kitchen for a cold bottle of water. 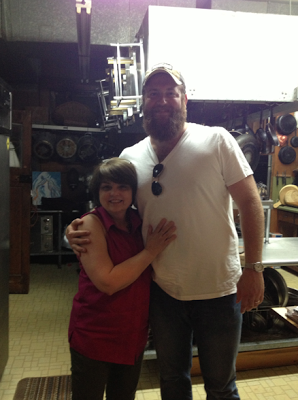