After a huge 4 course breakfast at The Veranda, conversation with Mrs. Laura lingered until checkout time and I was sad to say goodbye to our new friend. We visited a few of the stores around town, grabbed lunch at Maguire’s Irish Pub, then got on the road bound for Atlanta to see the concert tonight. 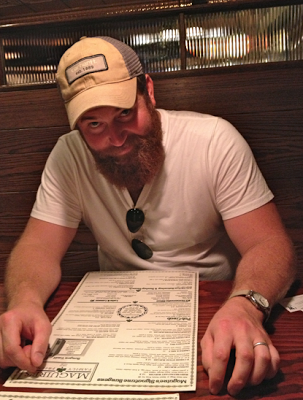 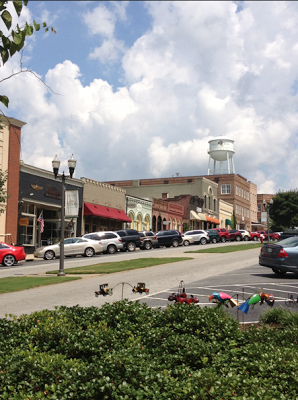 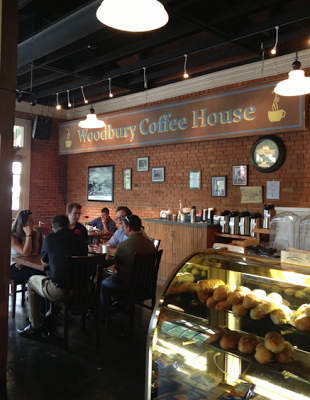 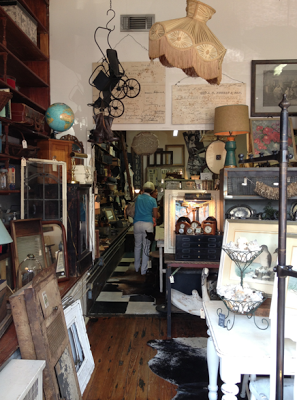 When we heard tickets would be going on sale for the Last Summer on Earth tour a few months ago, I woke up early to be one of the first to buy ours on Ticketmaster for the Atlanta show. Because the thing is that Ben Folds Five is in my top 3 favorite bands of all, Guster was a favorite in college, and Barenaked Ladies was in high school. I mean… I had no choice. I had to go.

Guster played first tonight and it kind of broke my heart to see that hardly anyone showed up to see them and they were incredible. The day I moved into my freshman dorm in 2003, the first thing my brand new roomie and I did was plug in the stereo and put on Guster’s new album, Keep it Together. We listened to it on repeat all that day, moving in our microwave, mini fridge, every article of clothing we’d every owned, 10,000 clothes hangers and our matching bedding. In fact, we listened to it for most of our first months of college. Before Ben Napier existed in my life, Guster did. That’s a strange thing to think about. 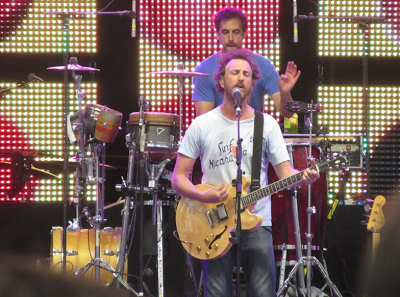 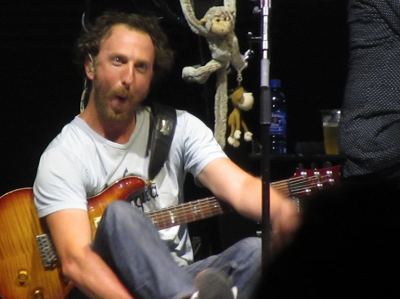 Hearing them live made me remember late nights at concerts and eating store brand cinnamon toast cereal. Guster is what my first real freedom sounds like. When they played Do You Love Me, I actually cried the tiniest bit thinking what a lovely song it would have been for our wedding video. I have the bizarre affliction of usually crying once during every big concert. I get verklempt. Overcome. Ridiculous, in short.

Next up was Ben Folds Five. Blew my mind. The people sitting next to us almost ruined the experience for me because it turns out they were BIG fans too. Obnoxious big fans. Who were dressed like it’s 1997. 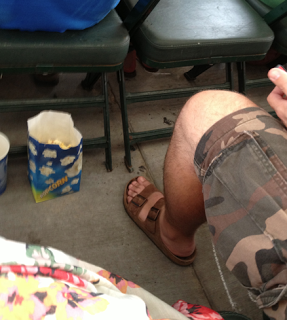 They enjoyed screaming out inane comments to the band that the band couldn’t possibly hear. Things like “OH yeah! NIIIIIIIIIIICE!” or when Ben Folds introduced the bass player as Robert Sledge, Superfan screamed “YEAH YOU ARE!!!!!!!!!” It embarrassed me so bad I could crawl under a chair. And Ben found it hysterical. He’d back up Superfan by doing some fist pumps and hitting a “THAT’S WHAT I’M TALKIN’ ABOUT!” after every song. 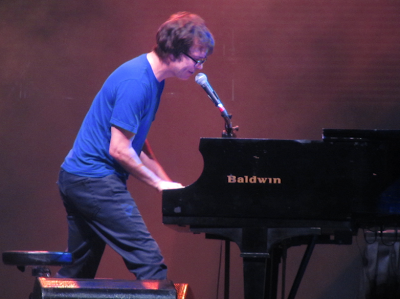 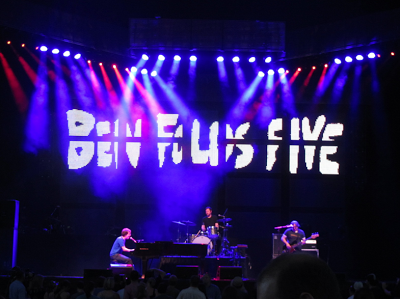 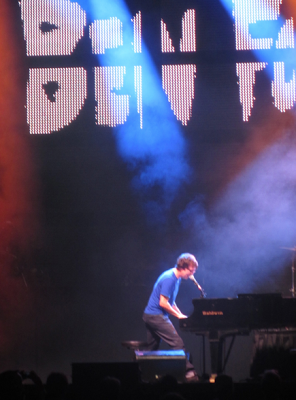 But anyway. He was awesome. While Song for the Dumped was a big hit with the audience, my favorite was Landed:

And last came Barenaked Ladies, whom I like but don’t love like I did when Steven Page was still the co-lead singer and in the band. His songs were always my favorite and I’ve not bought any of their albums since Maroon. 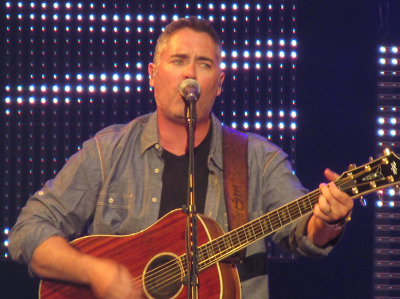 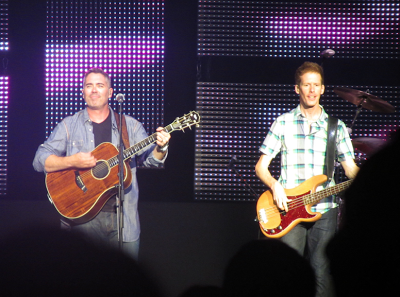 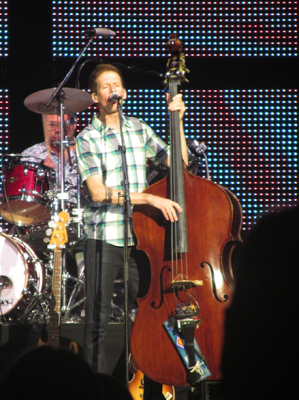 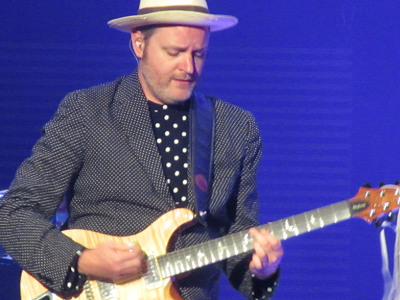 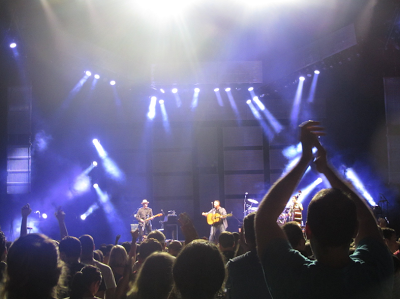 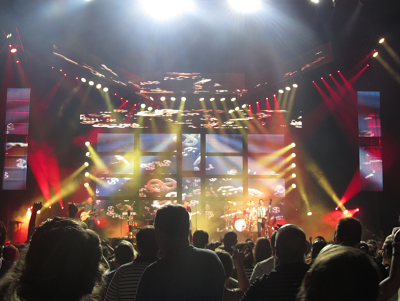 While One Week is their biggest song ever:

The crowd favorite was, of course, If I Had A Million Dollars, which reminds me of playing guitar and singing with daddy on the back porch in high school. “If I had a million dollars I’d buy you a fur coat, but not a real fur coat, that’s cruel” made him chuckle everytime. Apparently it’s a joke about being cheap which is daddy’s kind of song:

And that’s the end of our concert road trip of summer 2013. 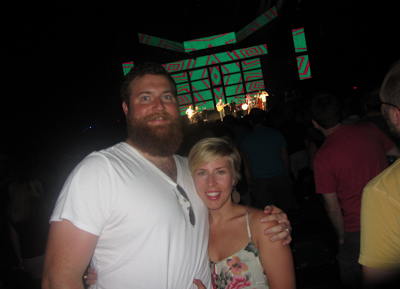 Tomorrow we’re going to see the Bodies exhibit in Atlanta! I’ve been wanting to see it for a few years and had no idea it was in town until I saw the billboard coming into downtown Atlanta. Super excited and a little bit nervous about it! We’re also going to see the Titanic exhibit that’s happening in the same building and Ben is pumped. Homeward bound now!