Every year the youth kidnap the incoming 7th graders when they’re not expecting it and then take them to do something fun and/or mortifying. Tonight we stole 4 of them from their houses, brought them to the church for Papa John’s, then got busy embarrassing them.

1. They had to learn the dance everyone does at summer camp every year. And do it in front of the whole group alone before we split into teams for a dancin’ tournament. 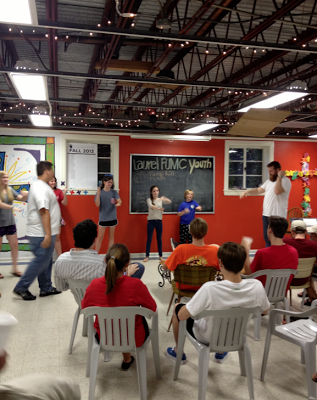 2. They each had to prank call members of the church on speakerphone to ask them a Methodist trivia question followed by something stupid. For instance, asking Mr. Johnny Davis: “How much swag do you have?” 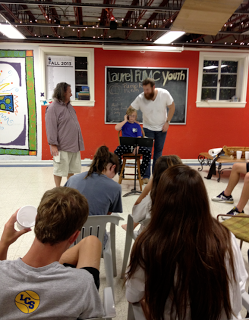 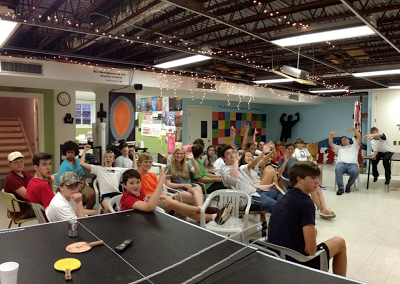 3. And last, Ben gave each of them a $1 bill. We all got on the bus and went to the grocery store downtown. Each of the 7th graders had to walk up to a stranger and try to give them their dollar for no reason at all, no strings attached, no explanation other than “I want you to have this. It’s for you.”


As expected, it took around 5 tries to give each dollar away. People don’t believe it when you say there are no strings attached. Or they’re offended because they don’t need it. Afterward, he explained to the new kids that this is what God’s grace is like. A gift, for free, that we don’t deserve. And so many people in the world struggle to accept it because we’re human and by nature we have a hard time understanding grace.

It’s always been one of my favorite object lessons he does with the students. This was a great night because the youngest ones all the way up to the oldest had fun, and in that way it bridges the gap between them. We spent a lot of time in the drizzling rain tonight and it’s time for a long bath with epsom salts. Have you tried it? So much better than bubbles.