I can’t stop watching all of the JFK stuff on TV right now. We finally got to see Parkland tonight (somehow it slipped right past us in the theatres) and I was devastated and fascinated all at once by it. Mama said it was an “all right” movie, but if you weren’t there to see it in real time it was really very revelatory. Parkland is definitely not for the faint of heart—there is more blood than most would care to see. But I found myself on the verge of tears twice—when Zapruder (Paul Giamatti) begs the Life Magazine correspondent not to show the frames of the actual fatal shot, “Please. For his dignity! It was an undignified end for a very dignified man!”

And just like when I watched Killing Kennedy on NatGeo last night, I nearly cried again tonight when Jackie holds his hands as he’s lying on the operating table and she presses his lifeless hand to her face and cries, then slips her wedding ring onto his finger. Can’t deal with it.
So why is this the best thing that happened today? I learned so much about JFK that I didn’t really know before now. I knew a lot of the basic information, but there is so much more. 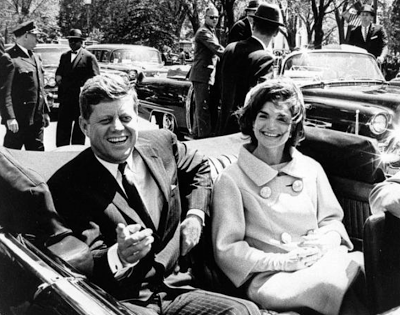 On a lighter note, every year I give Ben a new pair of boots for his anniversary present. He tends to wear out boots faster than the average person would, and since he’s had sports injuries to his ankles and feet through the years he can’t get by with bad quality boots (as much as I wish that were the case). Today, a new pair of size 14 Dr. Martens classic 1460s came in and he loves them. Yay! 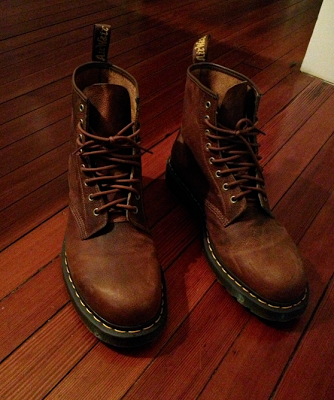 Hopefully these will be good for walking a million miles in NYC.
Newer Post Older Post
Back to Journal