After a short nap this afternoon, I went to the laundry room to fold clothes. And I found Baker, looking for me: 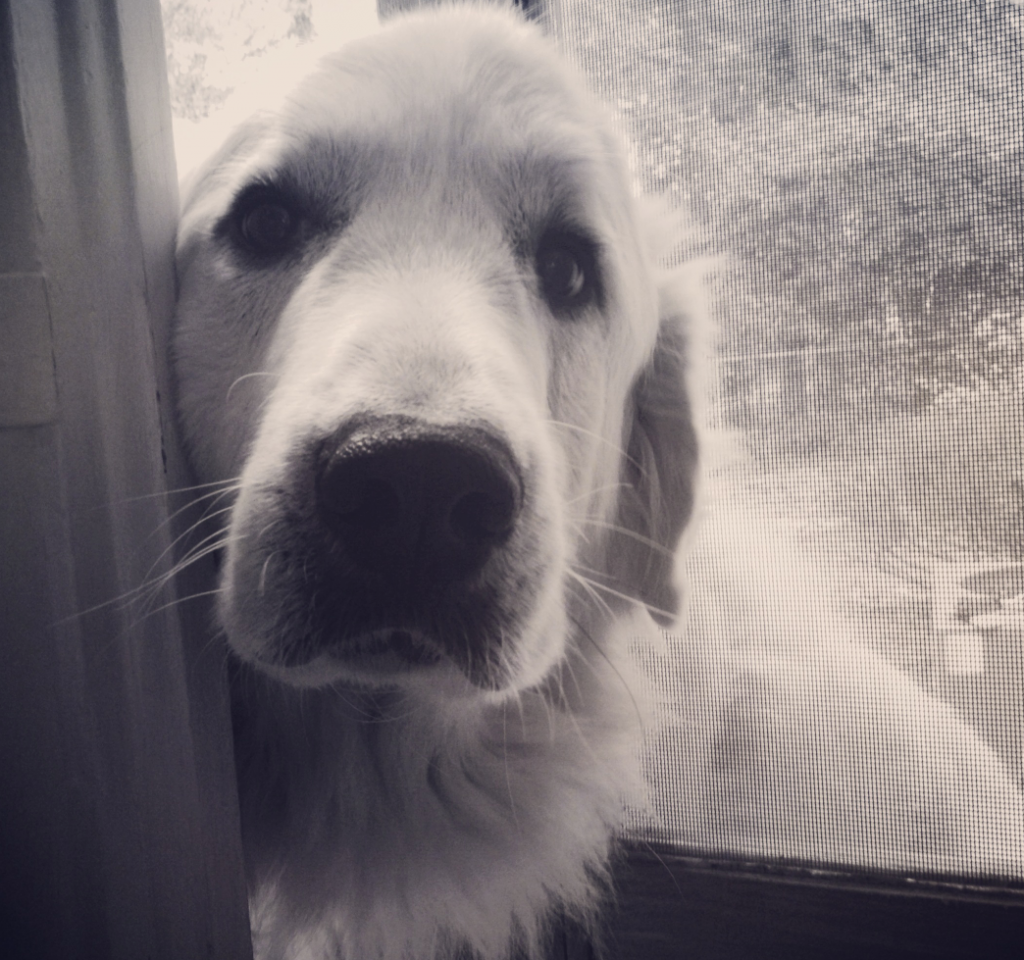 He’s a funny dog because he’s unusually calm. Like a very old dog, though he’s only about 3 years old, the vet thinks. He’s never hyper, but he’s always looking for a snuggle. He tries to hug like people. All the time. He won’t jump on anyone, or lick anyone, just gentle hugs. Much as I love Chevy, he won’t ever snuggle. He’s always working.

First Baker went with the hip hug. He sits upright and wraps one leg around your leg. The way a timid 3 year old might hold on to his parents. 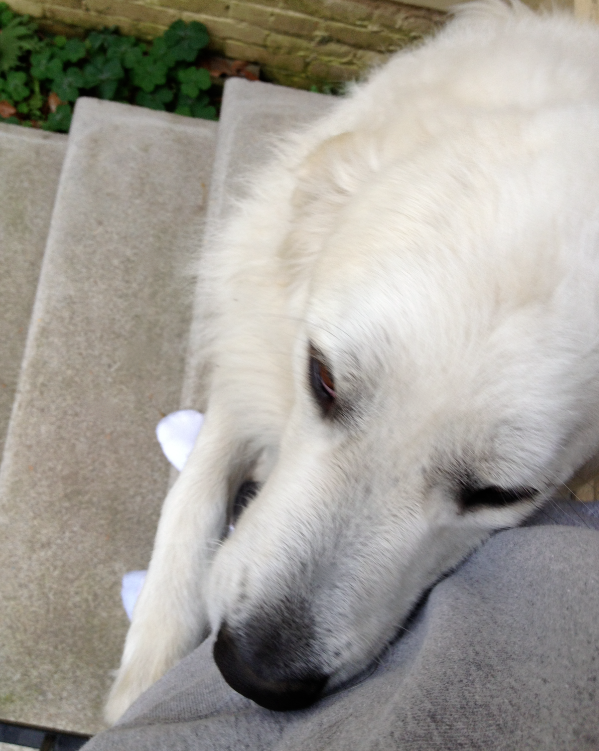 So I sat with him at the doorstep. 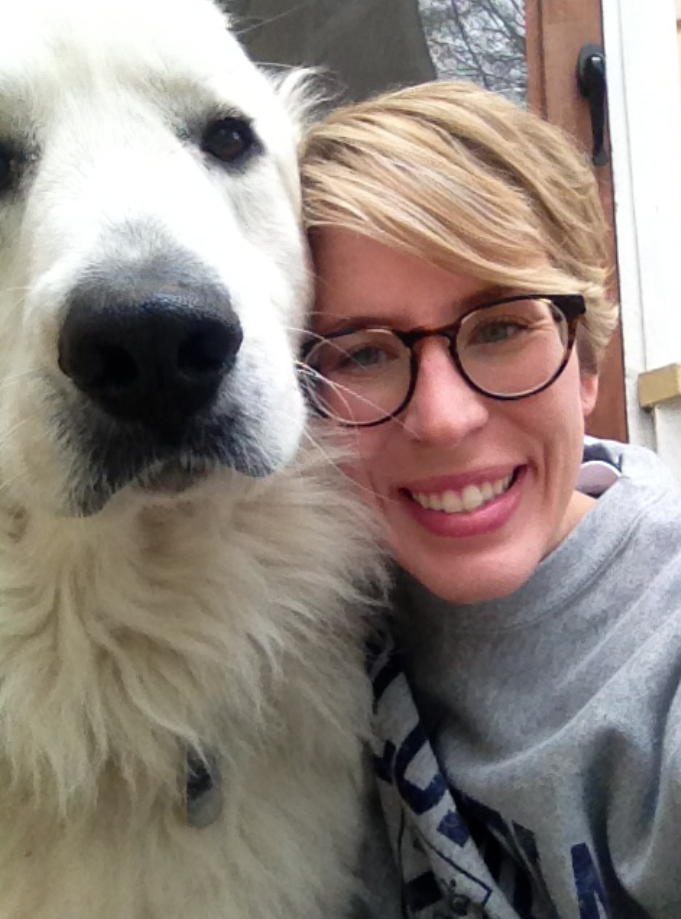 And he reached out and put his paw on my knee. 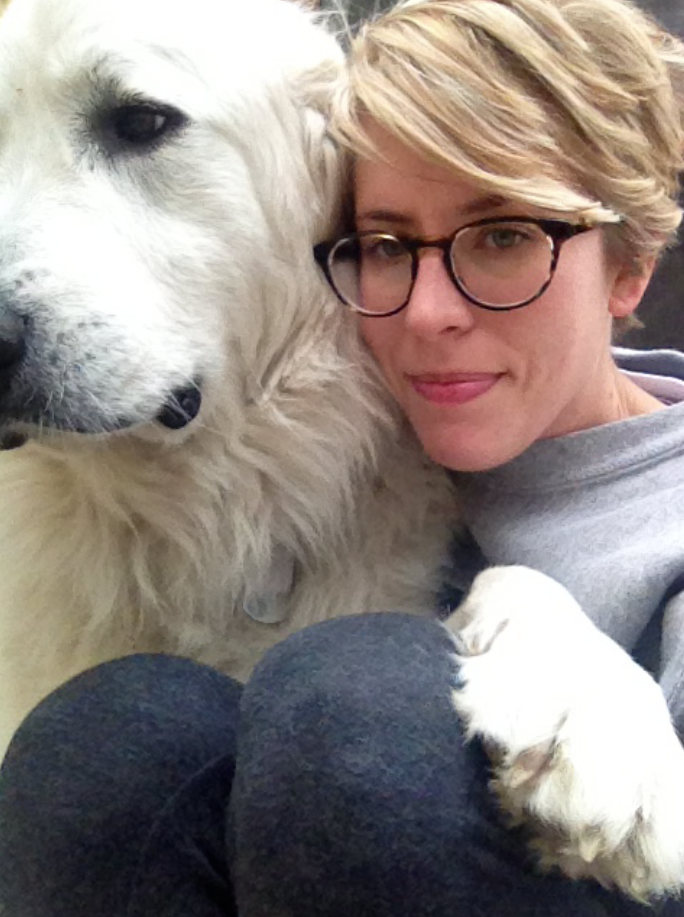 Then he went to the top step. 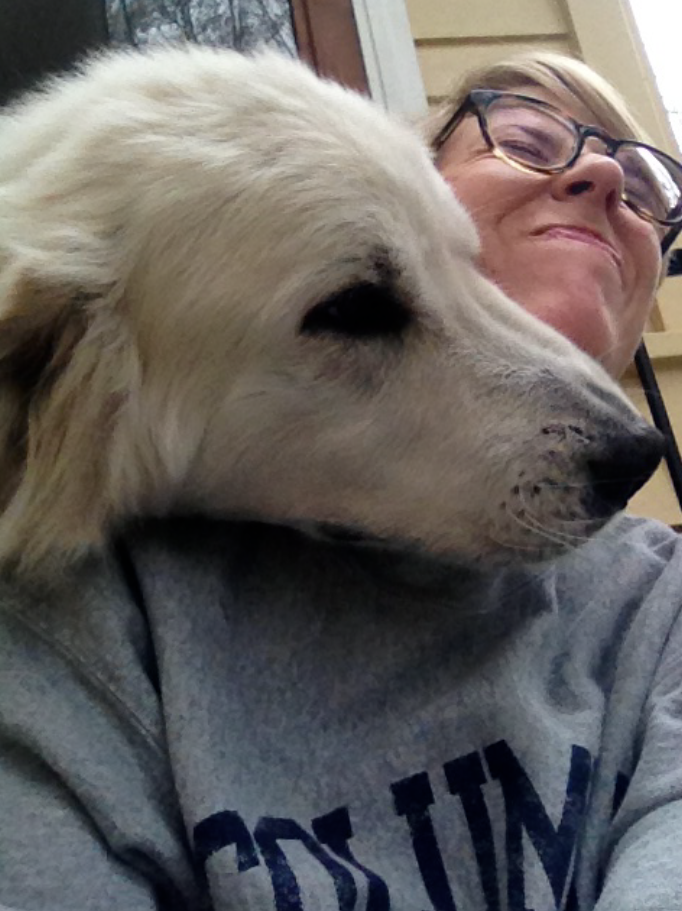 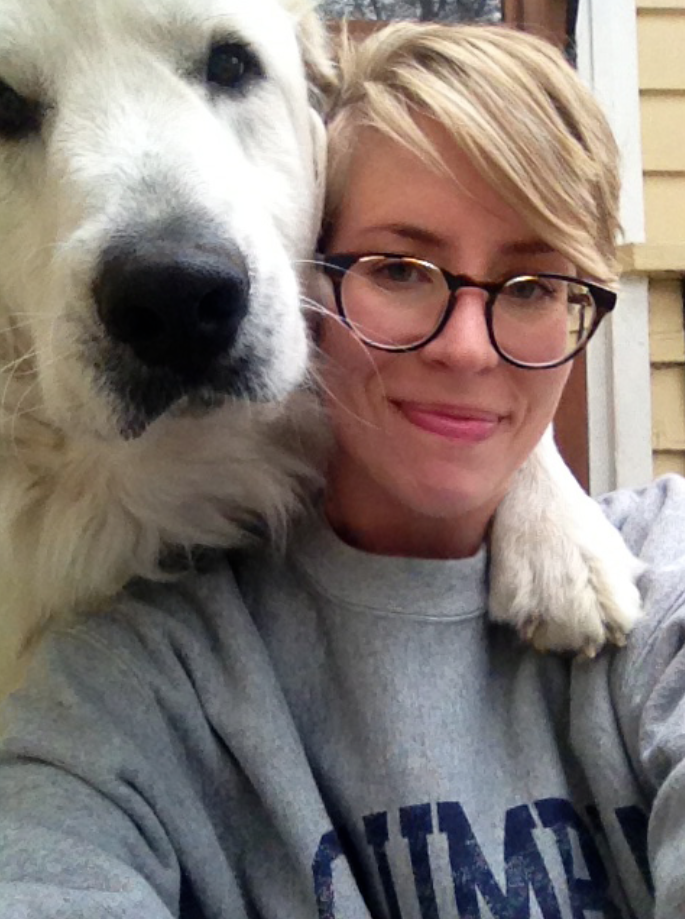 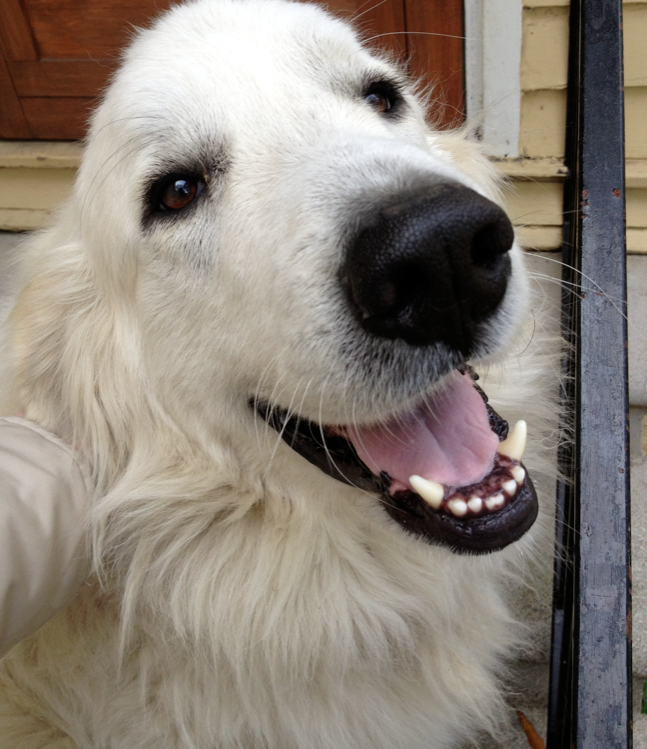 Yeah, Baker’s my dog. Chevy is Ben’s.
Anyway. Downton Abbey is back! Which called for roasted tomato bisque with garlic cheese toast beside the fire. Did you watch? I thought it was a little dull, but maybe I’m just getting back in the swing of it. Can’t wait for next Sunday night! 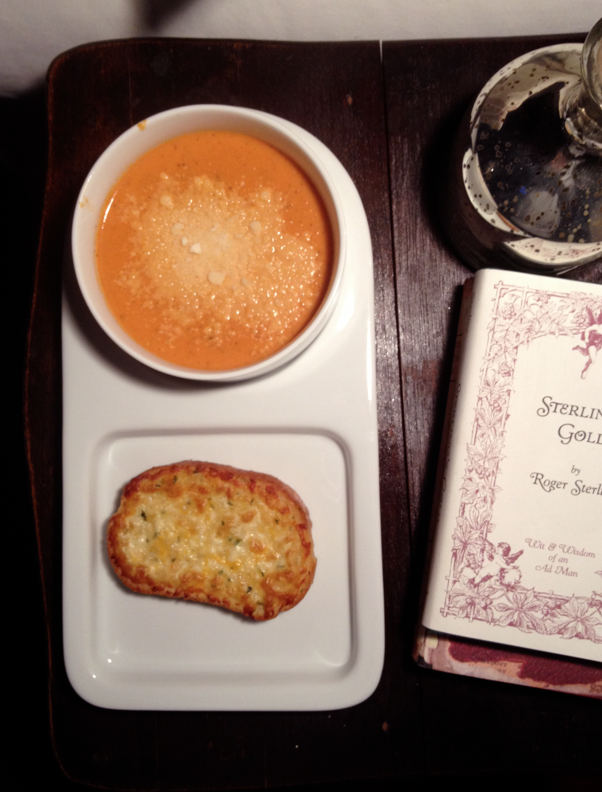 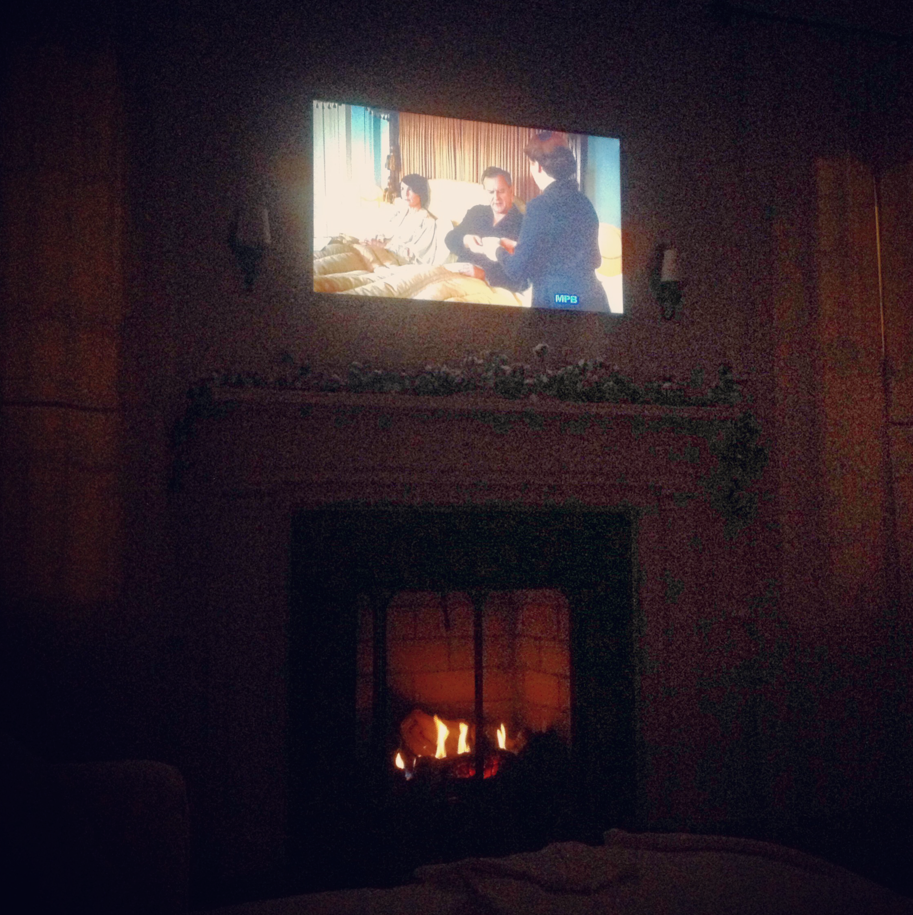 For anyone interested in the recipe, here you go!
Tabella Roasted Tomato Bisque by Robert St. John
8 (14 oz.) cans of fire roasted diced tomatoes
2 diced onions
1/4 cup olive oil
1/4 cup fresh minced garlic (get out your garlic press—jarred garlic won’t ever do!)
1 tbsp. dried basil
1 tbsp. dried oregano
1 tbsp. kosher salt
2 tsp. black pepper
1 can (6 oz.) tomato paste
1 quart chicken broth
1 cup heavy whipping cream
2 tbls. of sugar
1 tbsp. sherry vinegar
In a large saucepan, put your olive oil on medium-high heat and cook your onions and garlic until tender, stirring frequently. Next add spices, salt and pepper, cook for 5 minutes, stirring frequently. Add tomato paste and stir constantly for 5-6 minutes, until paste is caramelized. Don’t let it burn! Transfer to a crock pot.
Add the chicken broth and tomatoes and let simmer on low for 3-4 hours. Stir in the cream and vinegar and let simmer for 15 minutes more. Puree until smooth with a stick blender.
Makes 16-20 servings, so freeze half of it!
This is what I order every single time we go to his restaurant. It’s especially good with focaccia bread, which I have no idea how to make.
Newer Post Older Post
Back to Journal