So, I guess am still not out of the woods yet. Feeling very tired, and still no appetite, though no fever today, so woohoo! It was my first day back at work and I might’ve just overdone it. I was going to blog about the French toast Ben cooked for breakfast, but I remembered y’all enjoyed his guest post from last year and thought I’d let him blog in my stead tonight. Thanks, Ben!

Preface:
Exotica Food Corporation is my family’s “food company.” My parents, my brothers and I would make up recipes for it. Recipes including Fried Chicken Rolls (cinnamon and sugar toast), and Three Cheese Tacoroni (what it actually sounds like).

Mama once tricked us by putting Happy Kids syrup in the Log Cabin bottle because we “didn’t like Happy Kids.” Turns out we did.

I hope you all had a good Monday. Jesse spent the night with
us last night, because he and I were going to be working on the “woodshop” all
day today. You see, Josh asked if he could use a few of my saws, I said, yeah
as long as I can keep them in your warehouse for a while. That turned into this
idea to turn his warehouse into a woodshop we could both use for the time
being. I’m pumped about that. Anyway, back to Jesse. Last night at bedtime I asked
him what he wanted for breakfast. He answered with the question, “When was the
last time you had some good French toast?” The answer is, when we ate at
Balthazar in NYC. Erin ordered that amazing brioche French toast that we all
tried and loved. This, however, was not the kind of French toast he was talking
about. He was talking about French toast the way Daddy makes it, the way he
made it when we were growing up, I’m sure it’s the way your daddy makes it,
it’s the way he would make it every morning while mama was out of town and we
had a big bucket of eggs leftover from the country ham supper at the church.
Here’s how it’s done:
Stale bread
Eggs
Milk
Vanilla
Cinnamon
Log Cabin syrup (or Happy Kids disguised as Log Cabin)
Daddy would mix that magic concoction in a bowl, which I
knew had to be some secret recipe from the Exotica Food Corporation. Then he
would melt some butter in a skillet so the bread wouldn’t stick. Then he’d dip
that tired, stale, crumbly sandwich bread in the mixture and drop it in
the skillet. It transformed into the most amazing thing you’ve ever tasted. It
was only for special occasions. Those rare opportunities when Mama actually got to
go out of town without her boys, or when the Napier boys didn’t eat all of the
sandwich bread before it went stale. So, with Mrs. Erin in bed recovering from
some evil plague and Jesse preparing to be my slave labor for the day, I
cooked French toast for breakfast. I think daddy and the rest of the Exotica
Food Corporation chefs would have been proud. I am eating low carb, so I didn’t
get to eat any, but I was happy to serve it to my wife and little brother this
morning. Erin ate half a slice of French toast, and half a piece of bacon—and that’s good enough for me. 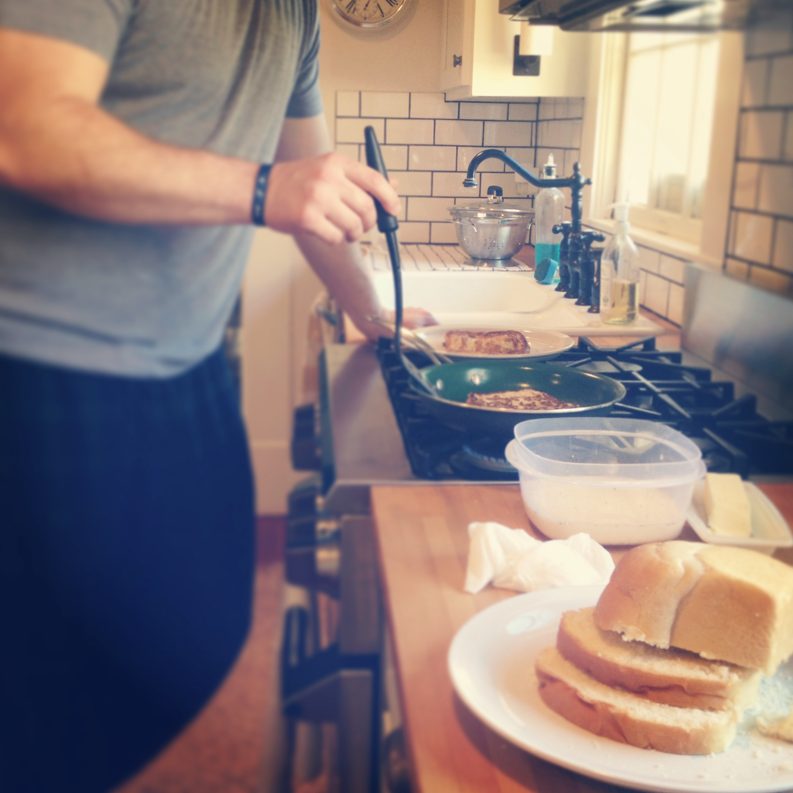 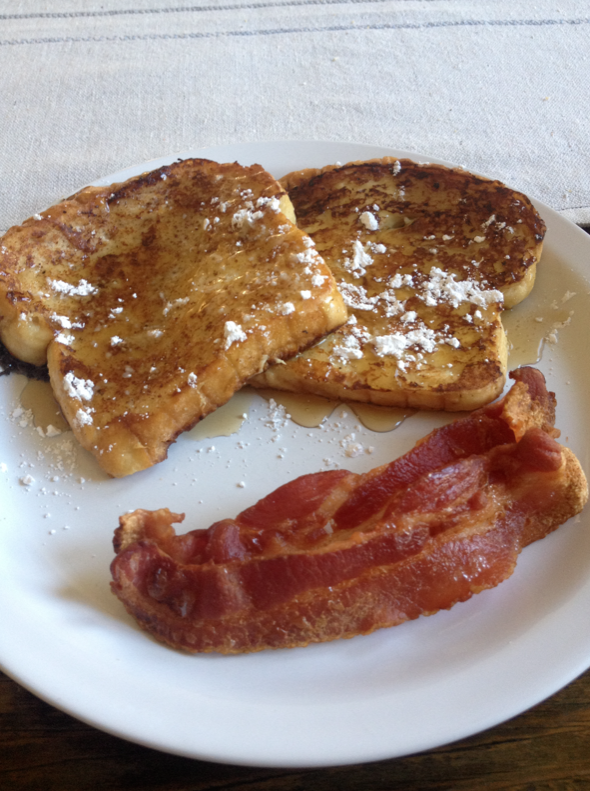 Now, not much measuring goes on at the Exotica Food
Corporation. I just put about 3 eggs, some milk, a little vanilla, and some
cinnamon in a bowl and mixed it up. I cut 5 slices of bread from a homemade loaf I bought at the Amish bakery in North Mississippi. Log Cabin syrup is important. Sam and I hate Happy Kids. Just
ask Tom about that. 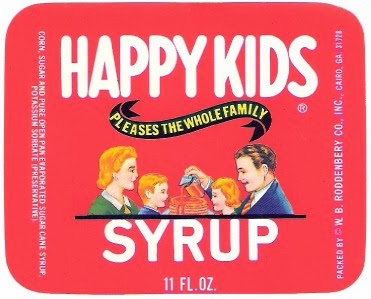