I picked up the print from the frame shop that was a gift from Josh and Em today and I think I want to hang it above the kitchen cart in the breakfast room. 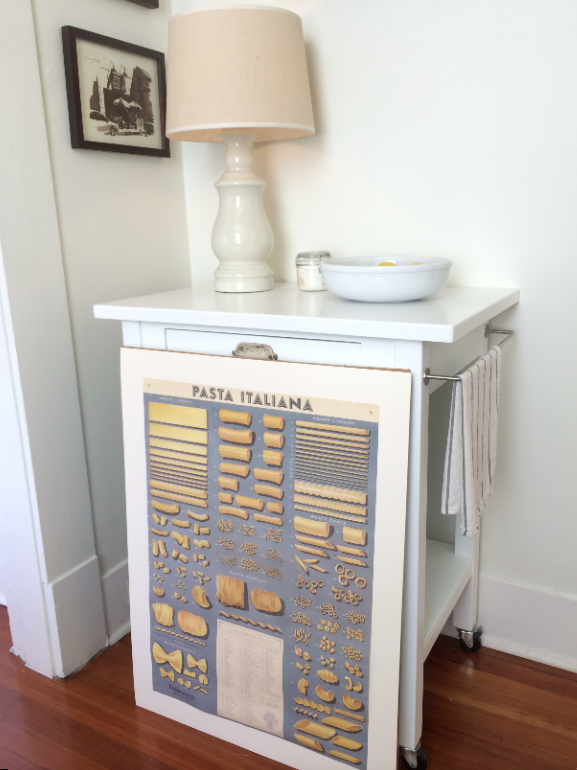 I only had it matted… Now if I could just find someone who could build me a frame for it. Hmmmmm…

I spent most of the late afternoon working through a really fun, really looooong interview I was invited to do for Southern Living’s (feel free to click that and hit that little ‘vote’ button!) wedding site, Southern Weddings. I’m so flattered and excited about it! It’s a new series they’re doing on Southern newlywed living and home style and I’ll be writing about that first, and later I’ll be writing for their Date Night series. Woo! You can hear my boring rambling here AND over there before long!

After work was done and we were finally able to make a dinner plan, we threw some chicken on the grill at Jim and Mal’s and then called it an early night. 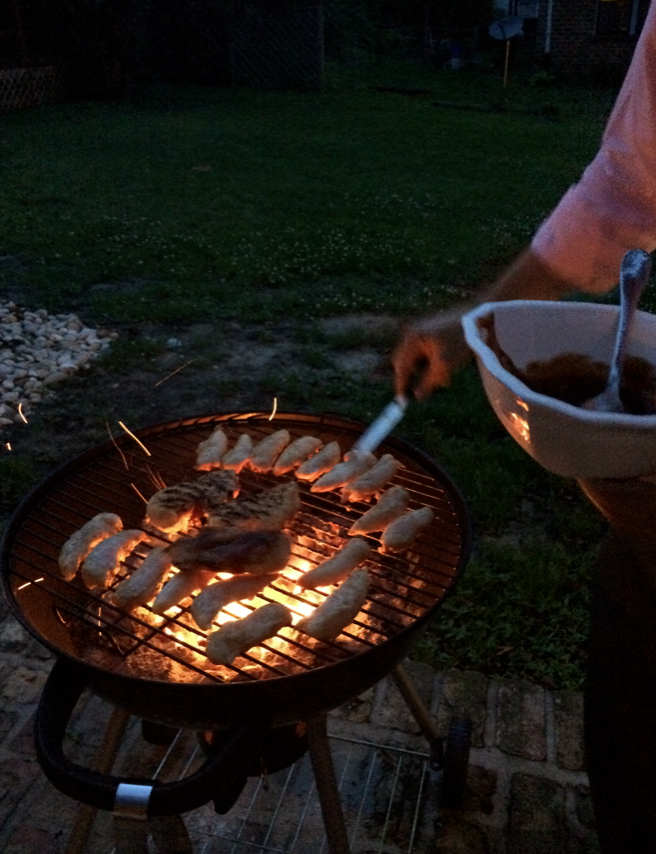 Mal is such a cool mama, hanging out grilling and listening to Cole Porter while baby girl went to sleep. 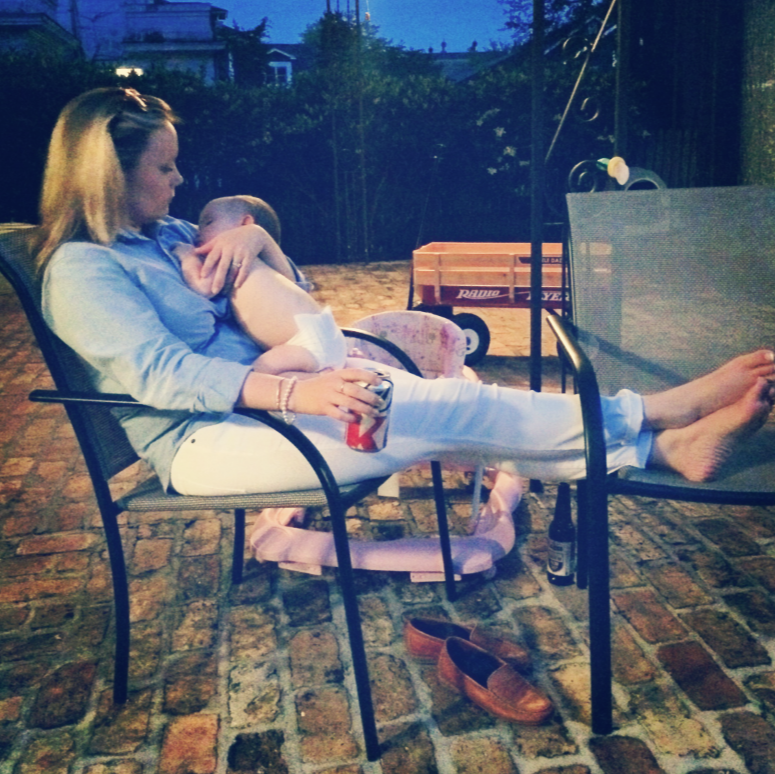 It’s inspiring to me, to see the way they carry on with their normal lives, going to dinner, cooking out, watching Fallon at 10:30, and Lucy is always right there with them. When she gets tired, she sleeps. I’m not great at tight routines and schedules, and it makes it seem less scary to see a lack of routine applied to parenting with good results. Know what I mean?