Because of Ben’s ability to grow hair on his face so well, speculation that he might also have quite a hairy chest turned to a business conversation in which, our kids who have been charged with the task of raising money all week to pay for the meals we packed yesterday, realized it might be entertaining to put Ben through enormous pain in public. One meal costs 29 cents. We can surely make a dent in that, right?

So I had to wax my husband’s chest for $20 per strip to raise money for Stop Hunger Now. It’s dumb… But this made me so sad. 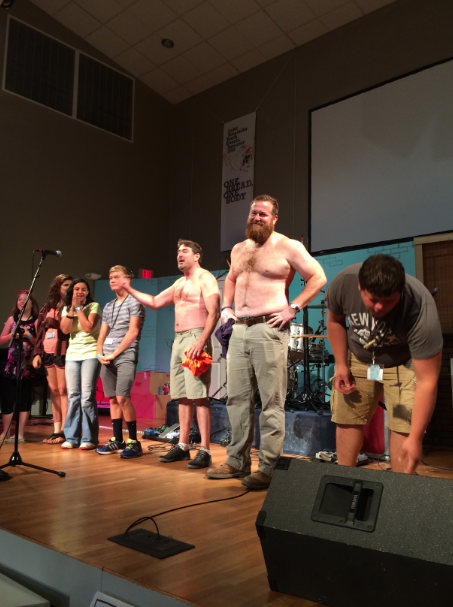 Andy did it with him in solidarity. I did not wax Andy’s chest. 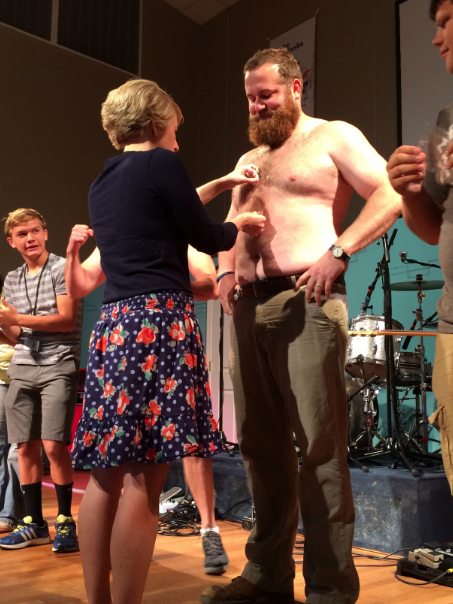 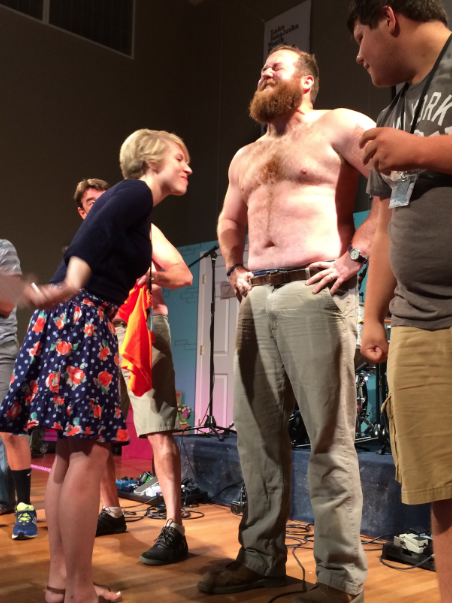 And I didn’t know you have to pull the strip up to pull out the hair—so we all win!

Later, to raise more money, we went to downtown Waynesville with our guitars and some buckets and drumsticks and did a street performance of all the songs we normally sing on bus trips. 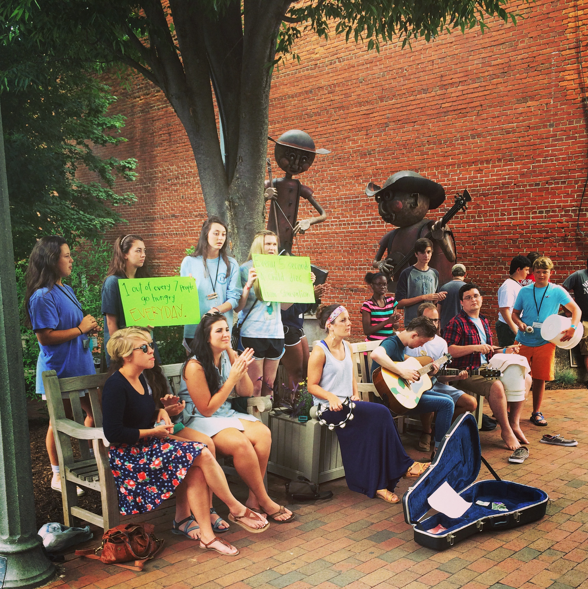 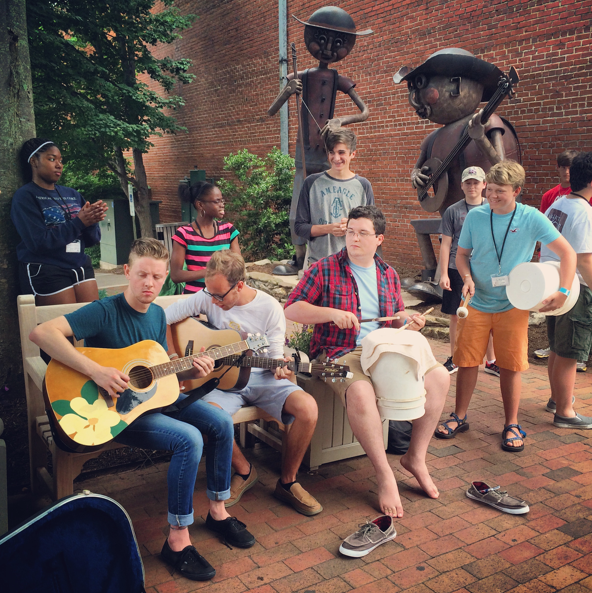 They’re all so talented, it was a no-brainer. You couldn’t wipe the smile off of Ben’s face watching them. He looked like a proud papa. I learned today that the act of street performance is called “busking.” Did you know that? Am I stupid? They raised another $150 performing!

Then we rushed as fast as we could to get over to the volleyball tournament (fashionably late). Every year we choose a different group theme for our church (no one else does this—we just enjoy being the weird church who gets the laugh)… Since we had exactly 26 people… Was the alphabet. So many possibilities, y’all. Who cares if we’re horrible at volleyball? Not the point. 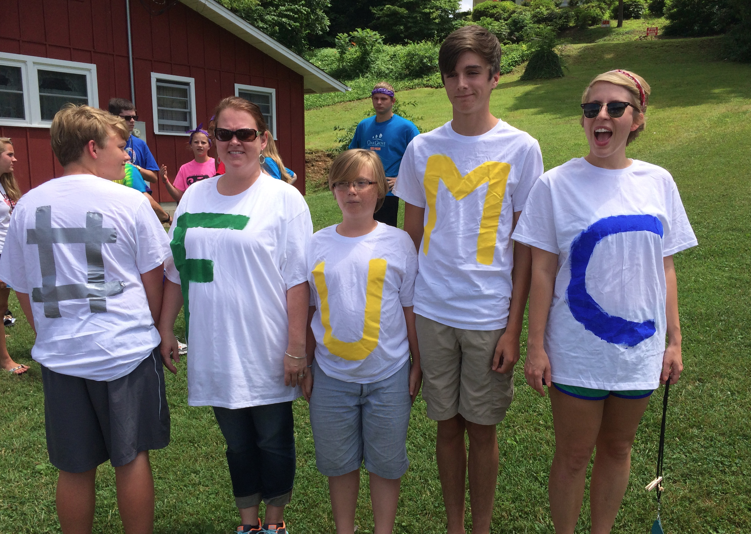 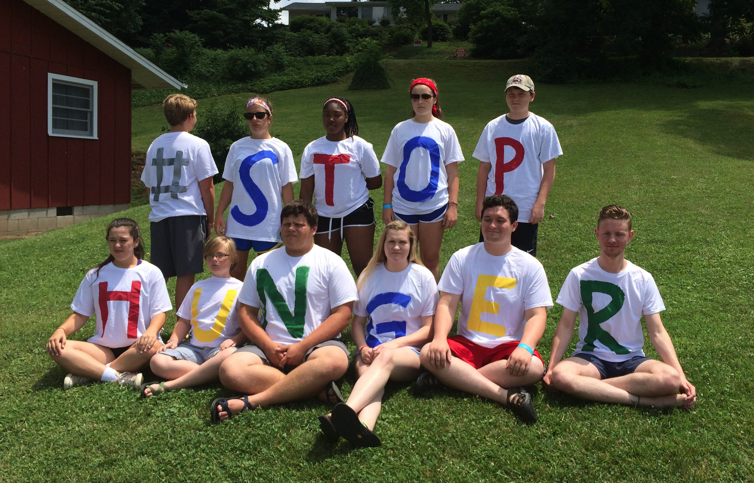 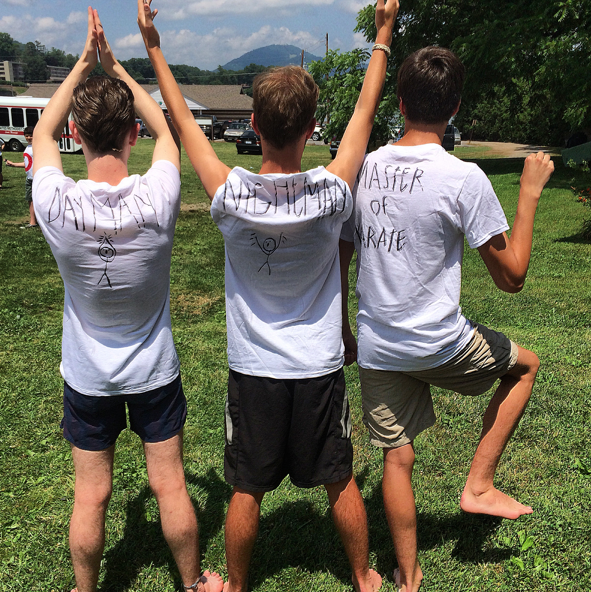 We quickly realized we could charge people money to spell their names and take a picture with them. We raised another $15. 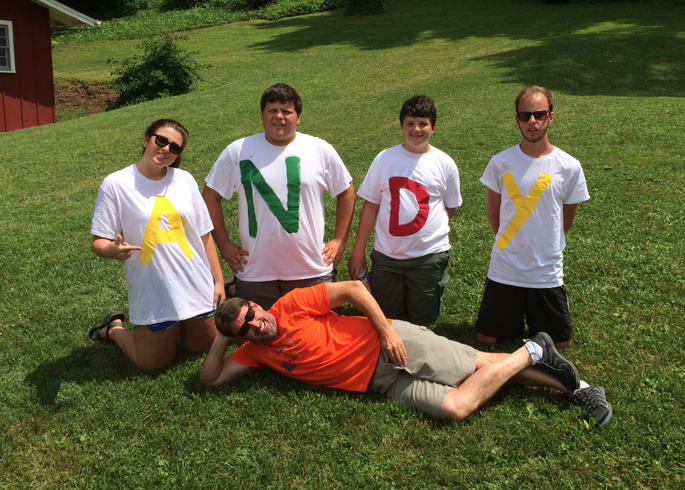 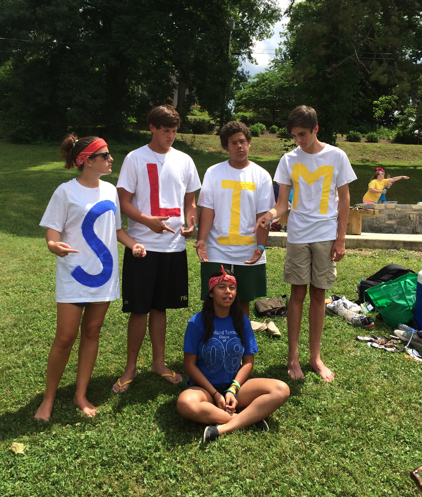 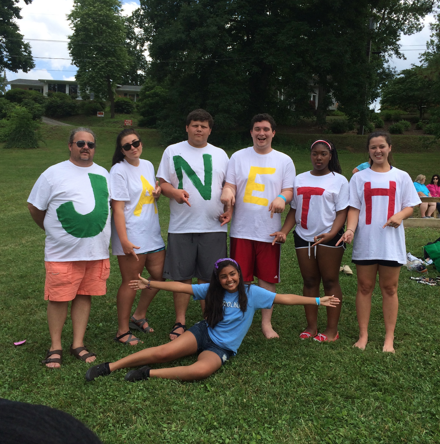 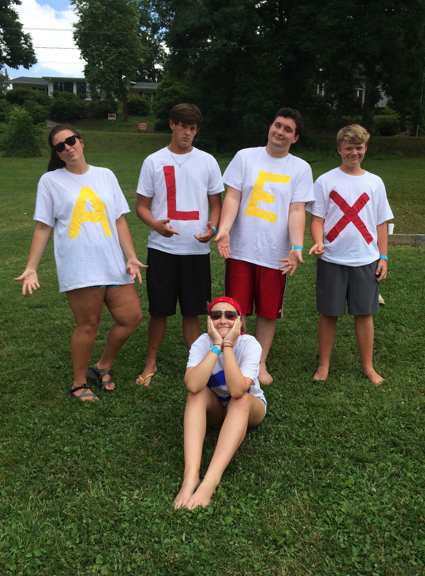 A love so valuable, it’s worthless………… You see what I did there? 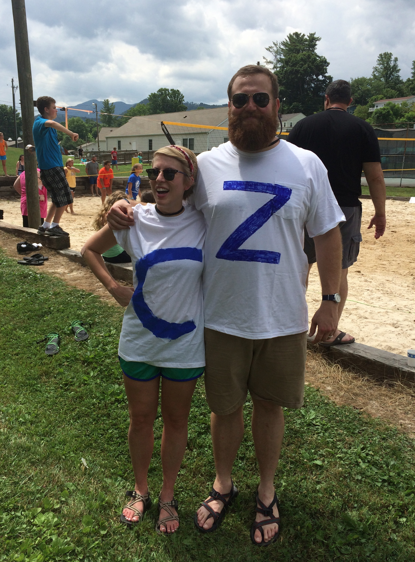 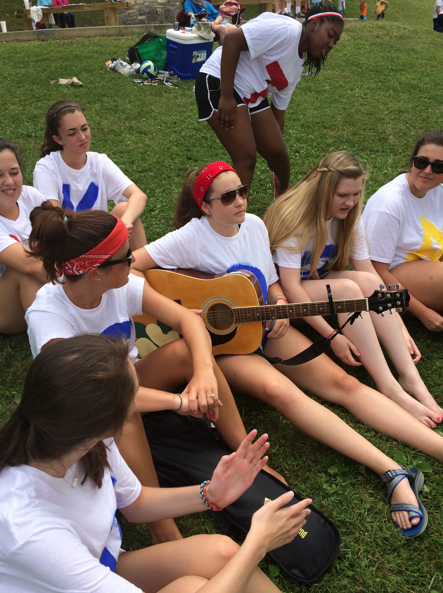 Did you know that ‘uncopyrightable’ is the longest word you can spell without repeating letters? We do now. 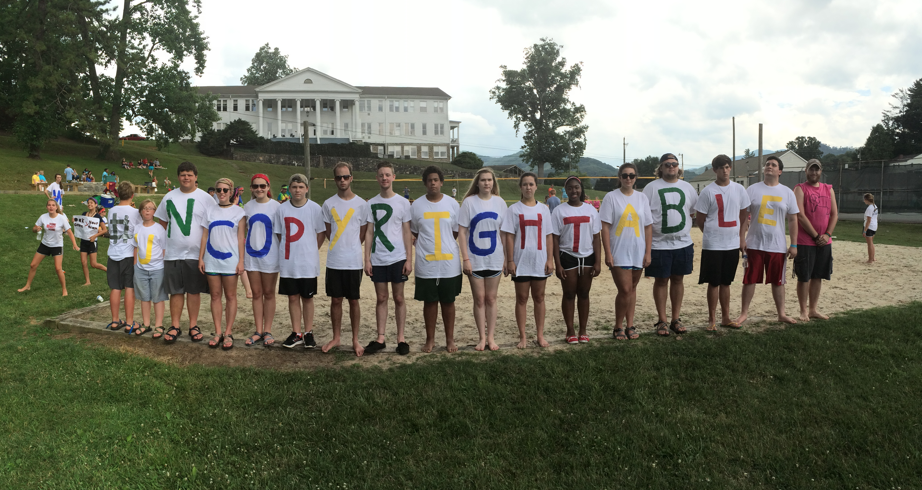 The theme of camp this year is ‘One Bread, One Body’—focusing on caring for one another and loving every person God puts in our path, because we’re all part of the church body, and we’re each responsible for doing our job in His plan. Which, incidentally, became evident as we tried to spell things without the ‘A’ or the ‘J’. You just can’t spell some things without them. And the church is that way, too. And it was a total accident.

Then tonight was the one mile walk to the cross across the lake. One thing we’ve never done before that I really loved, is we each carried a marble from Shackford Hall (where worship happens—that huge white building in the photos above) representing the burden or worry or fear that we’ve been carrying around with us, and we left it at the cross. It’s silly probably, but I swear I could feel this one worry leaving me. You can guess what my marble is. 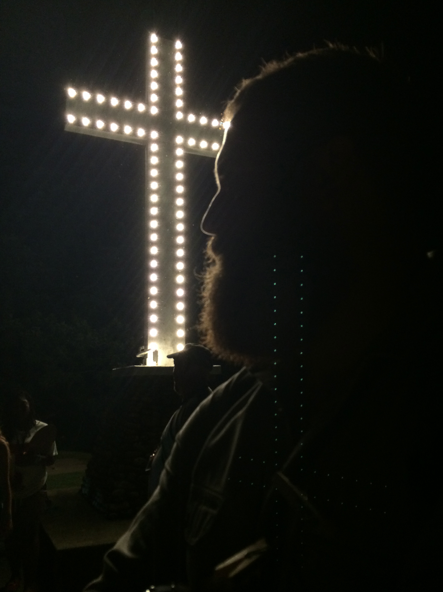