Today, I took an adventure.

Growing up, every kid in Jones County had a very real fear of the haunted hospital at the end of 1st Avenue in a really rough part of town. It was the old South Mississippi Charity Hospital, and it closed in the 1980s. I can’t find an original photo of it, but I think this might possibly be it, found on a postcard: 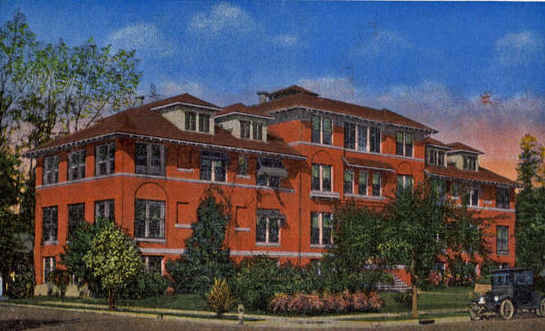 People always said it was one of the most haunted places in Mississippi, and when my brother and I were in high school you would always hear of a few very brave boys venturing into it in the middle of the night on a dare—usually around Halloween. They always swore they saw and heard terrifying things inside, lurking in every corner, but I was (of course) too terrified to go. My brother drove me past it one afternoon after school, only because I was brave enough in the broad daylight—but only to look at it, and only from the car, and only passing by. It was a very creepy place, an enormous structure, dilapidated, sitting up high on a hill at the end of the dead end street. A national radio show wanted to broadcast live one Halloween night, but Mayor Vincent politely declined and asked that they not—it was just too dangerous, structurally. It’s a place I had a few nightmares about growing up, just the mystery of such a place—right here in Laurel. A few years after I finished high school, there was a fire: 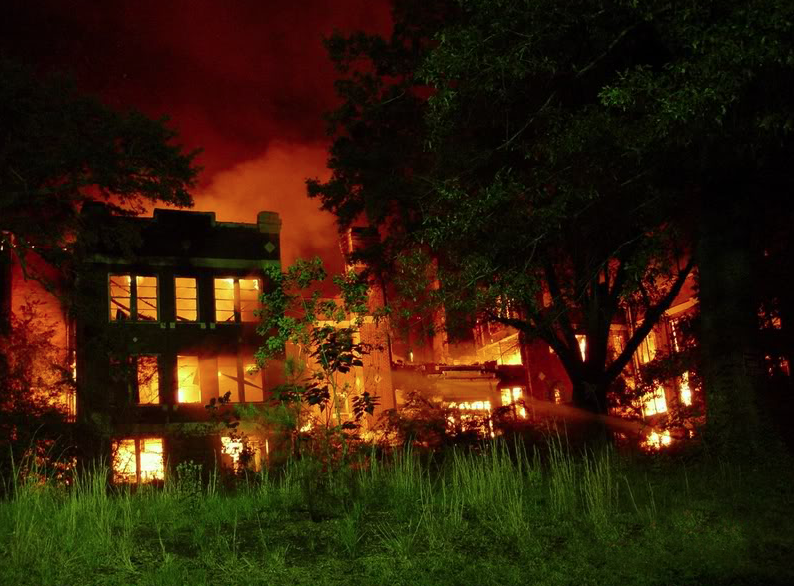 And then it was no longer a building, but the ruins of a place that was once widely considered haunted. 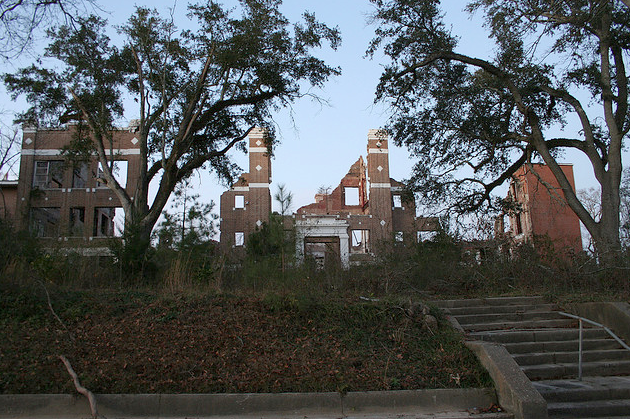 Now, the brush has grown so tall, what’s left of the facade isn’t visible from the street.

And now, what I’m saying is… Ben, Josh and I went there this afternoon while we were looking at some of Josh’s new real estate purchases in the area. And I, for the first time in my life, overcame my crippling fear of this place and went inside the old charity hospital. And going through the back entrance was just about as scary as I imagined it would be. 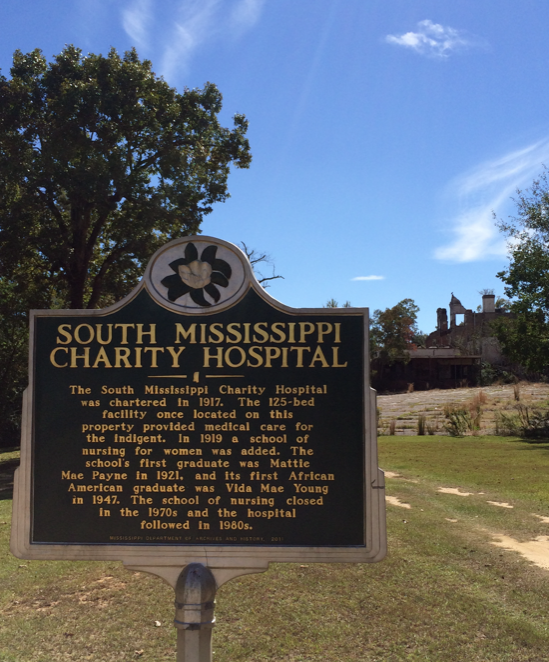 There was some very creepy graffiti. 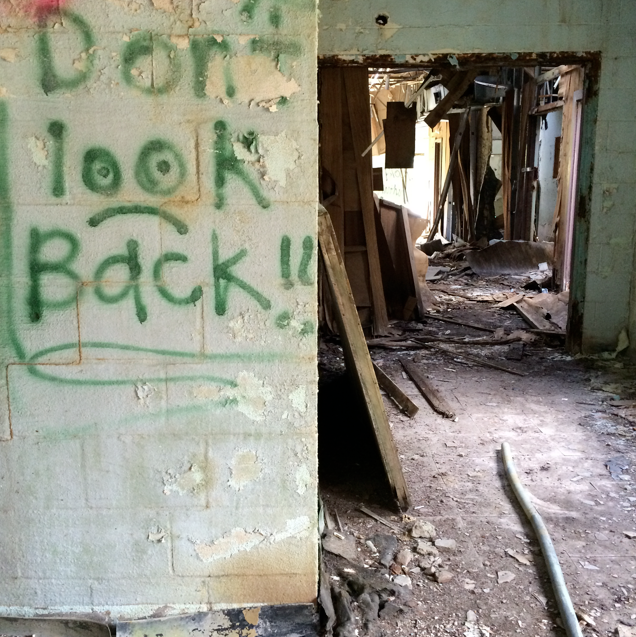 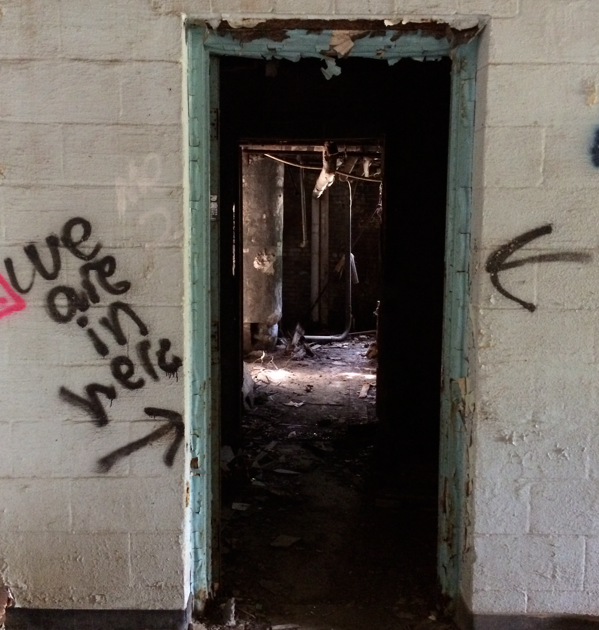 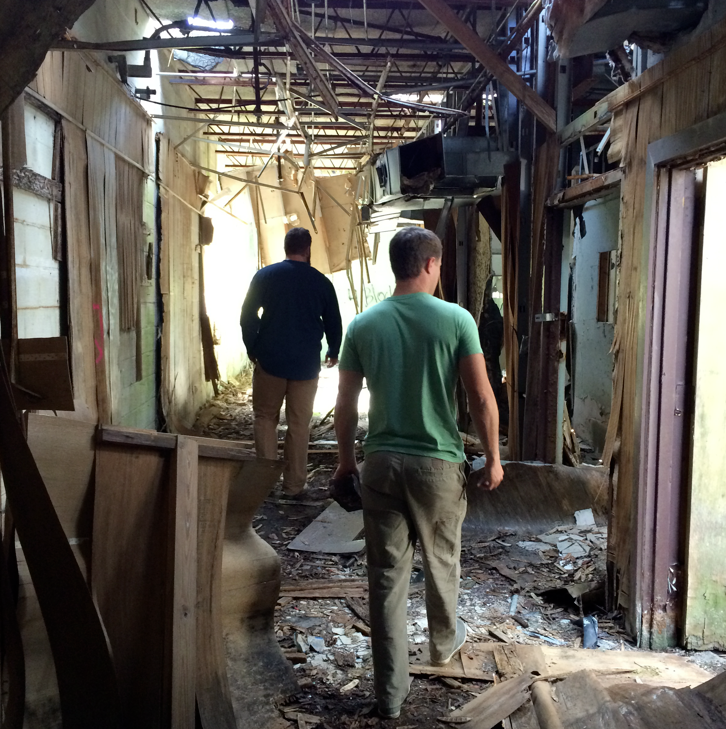 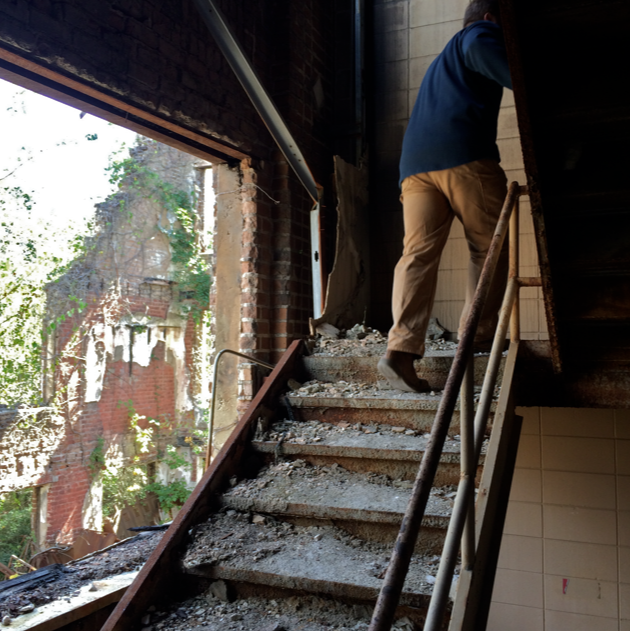 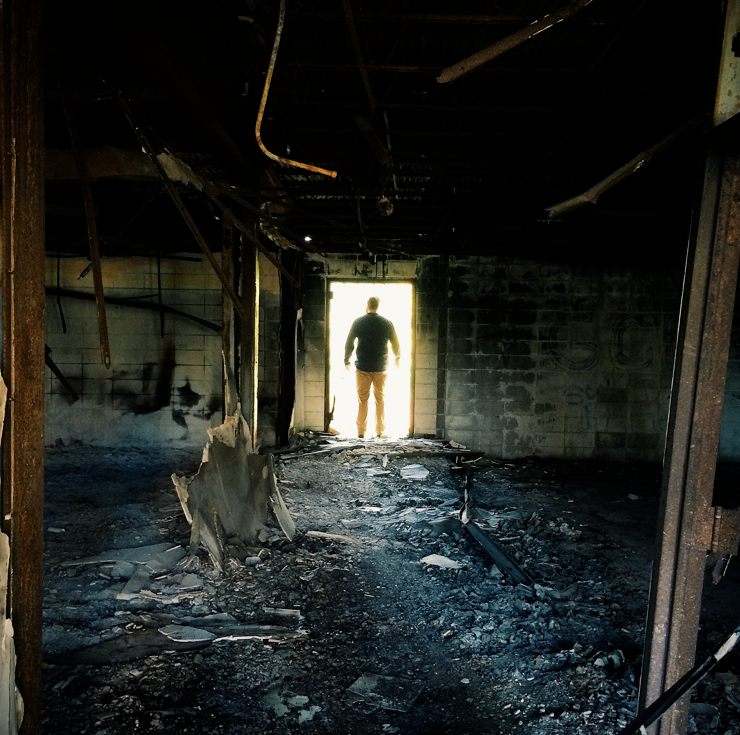 And then, it took my breath away. 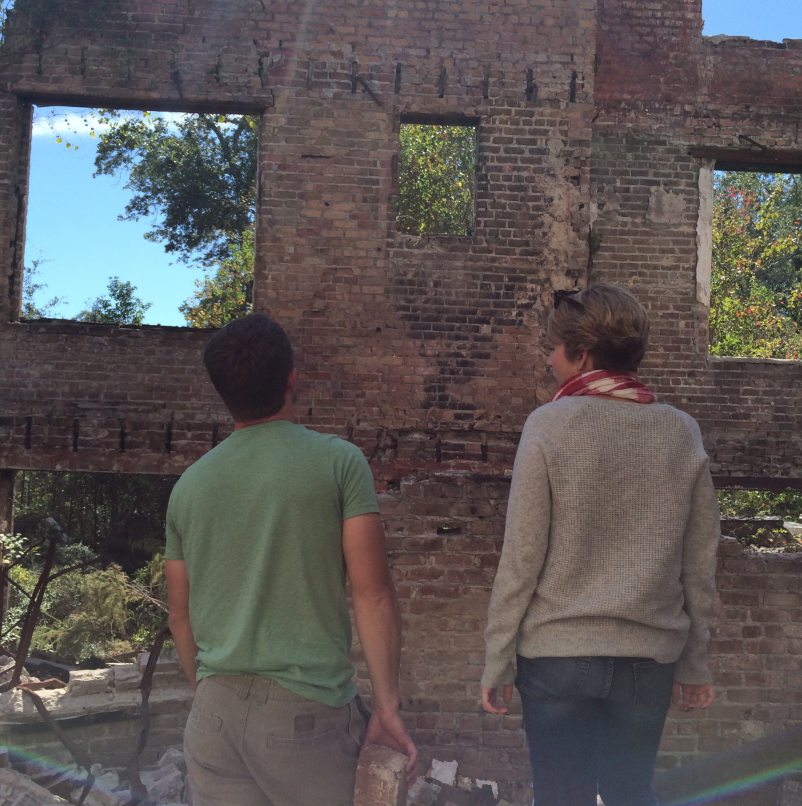 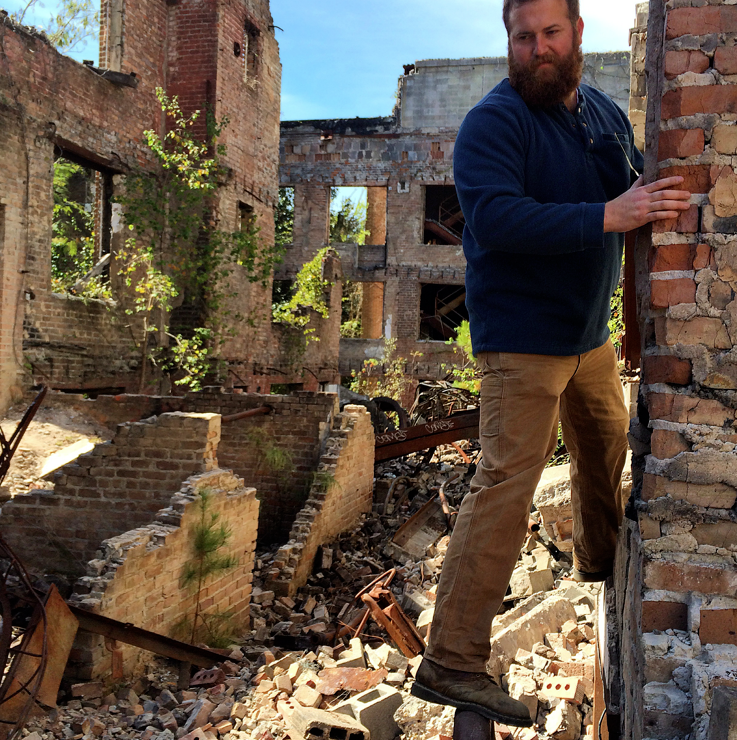 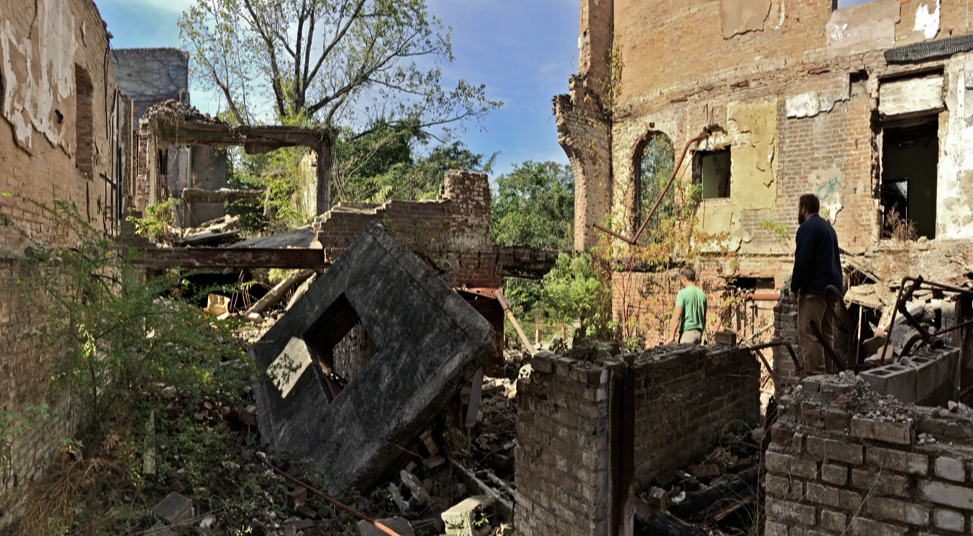 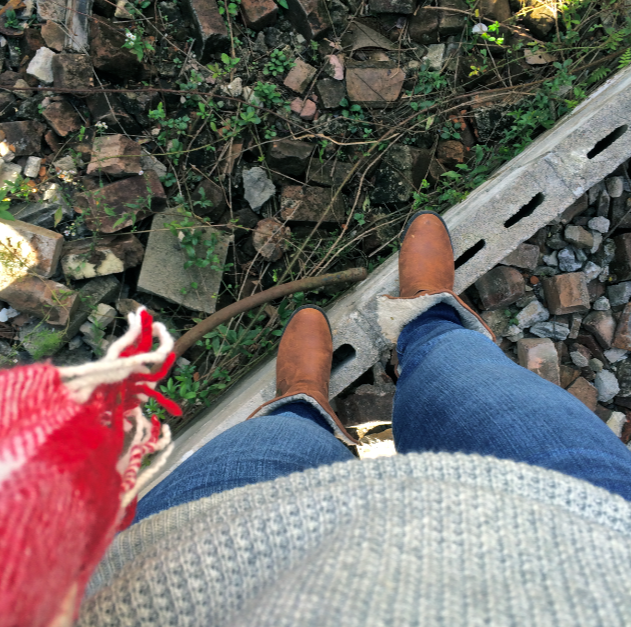 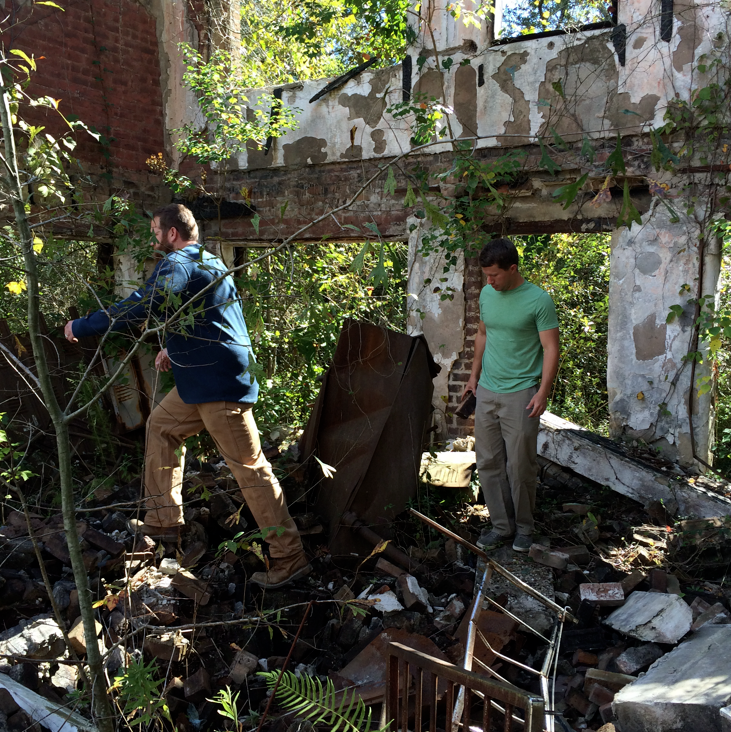 And I wasn’t afraid anymore, I was just fascinated. And confused by how such a strong, beautiful building could crumble to this. We explored, and found things that made the hair on my arms stand up: 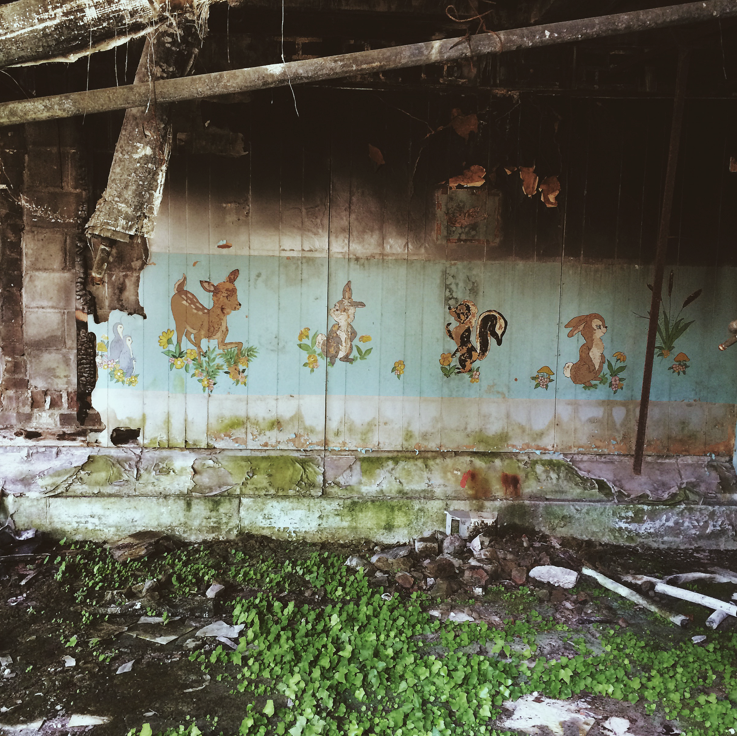 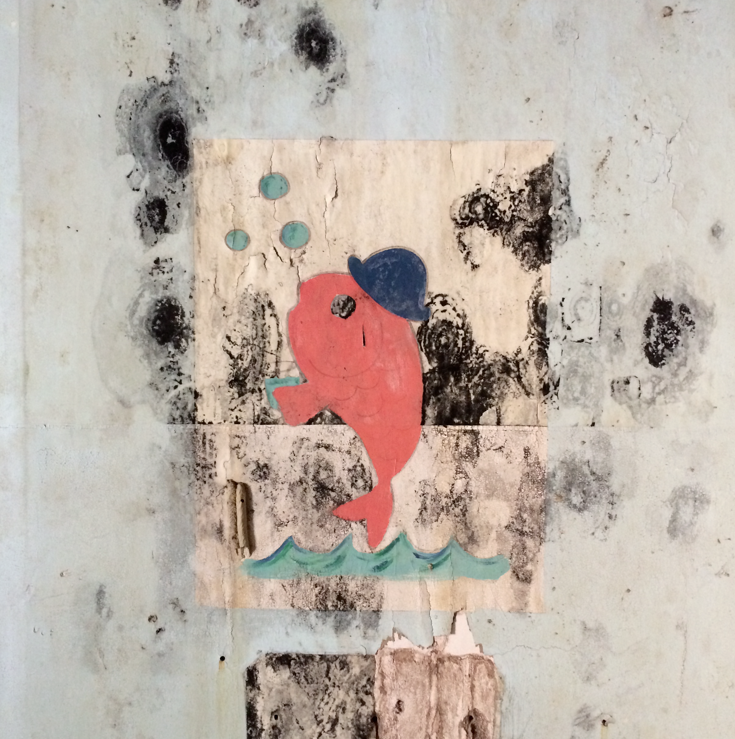 And it was one of those moments when my childhood collided with my life in real time, and it was a funny feeling. Standing there, in the place I’ve been so afraid of all my life, without fear—just awe.

Later, I drove out to the country to see mama and was awestruck again by the season. Isn’t fall kind of a miracle? 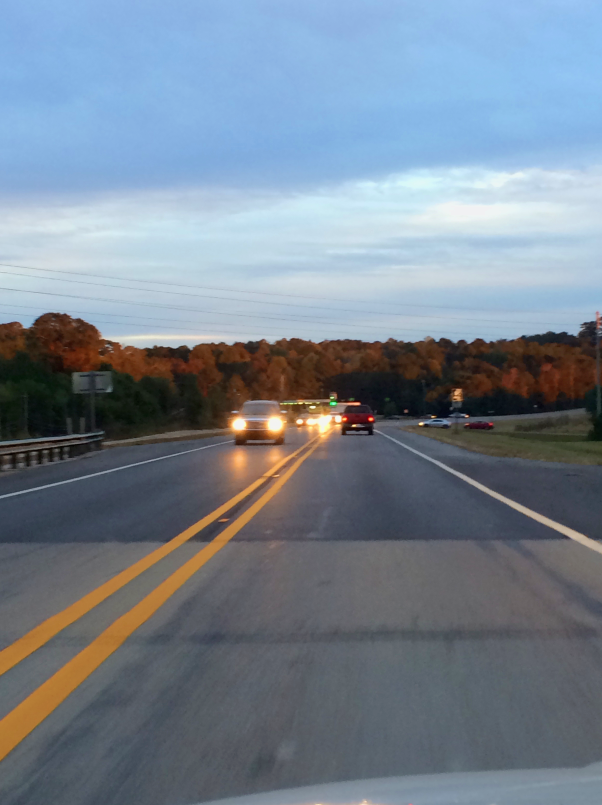 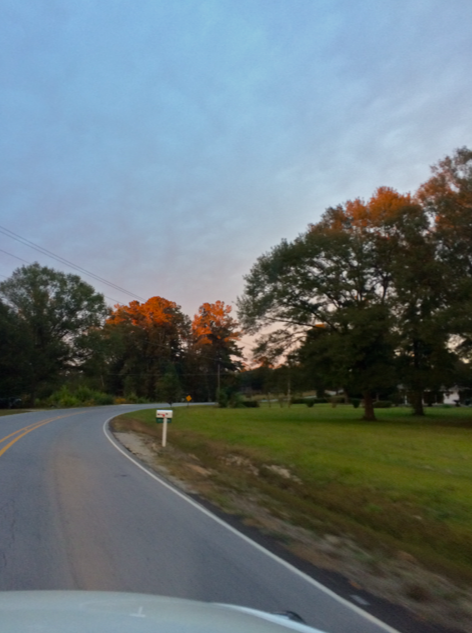 And later, we went with Jim and Mal to take Lucy on her first trip to the fair. 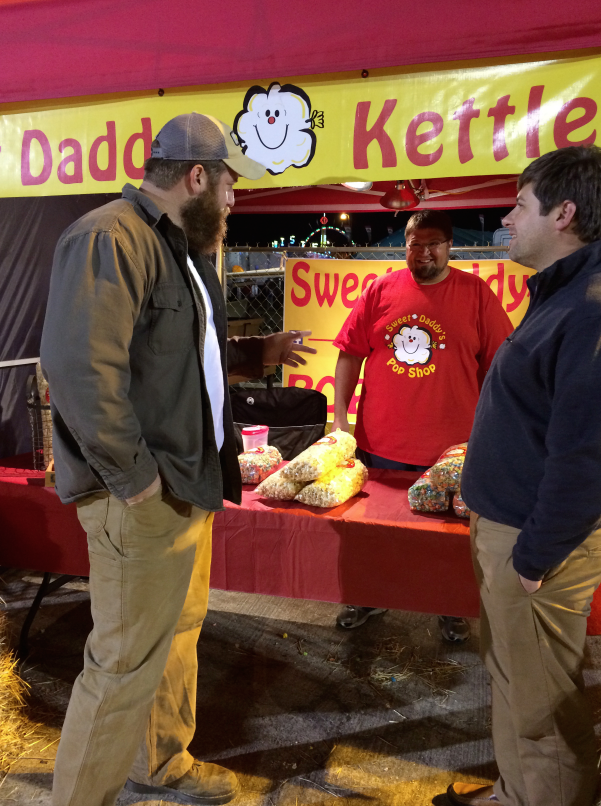 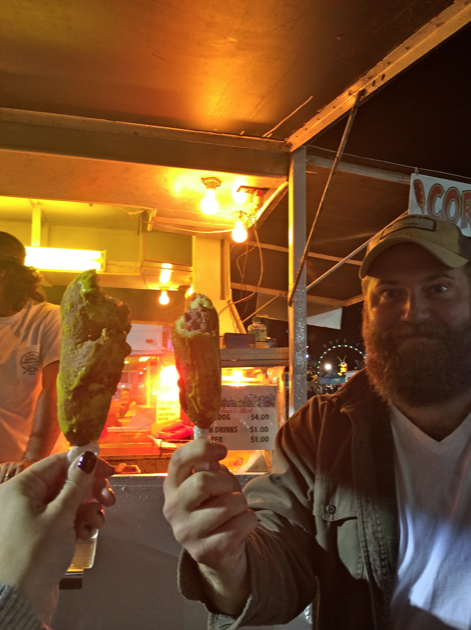 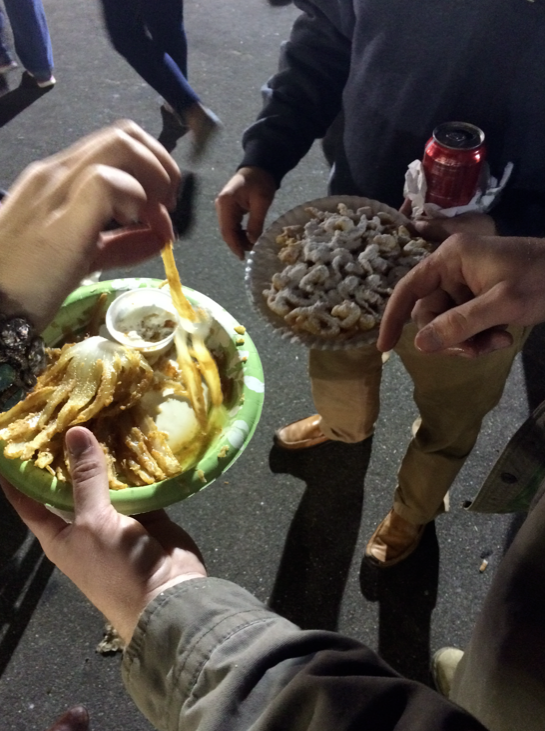 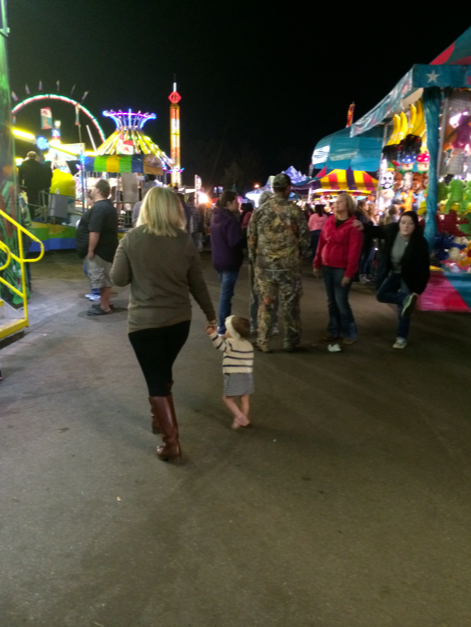 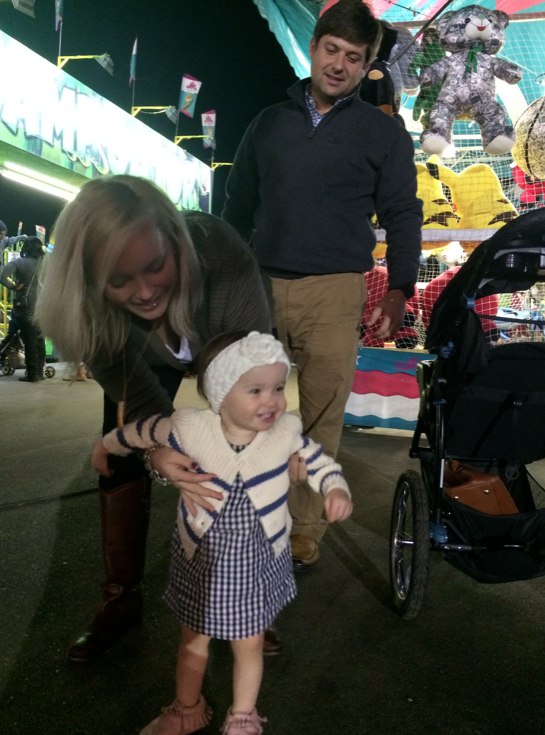 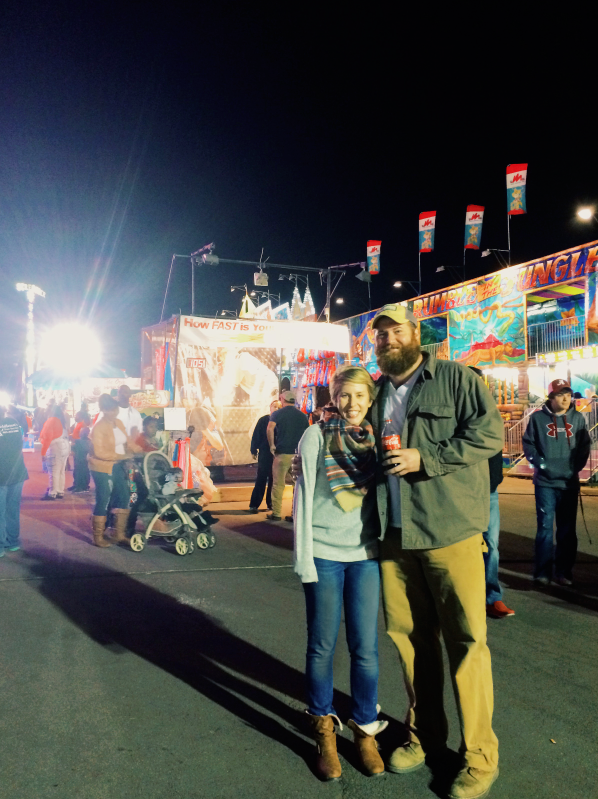 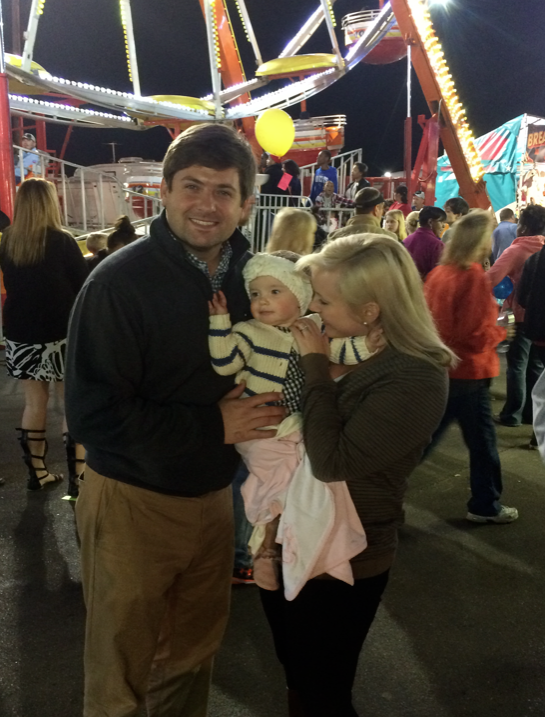 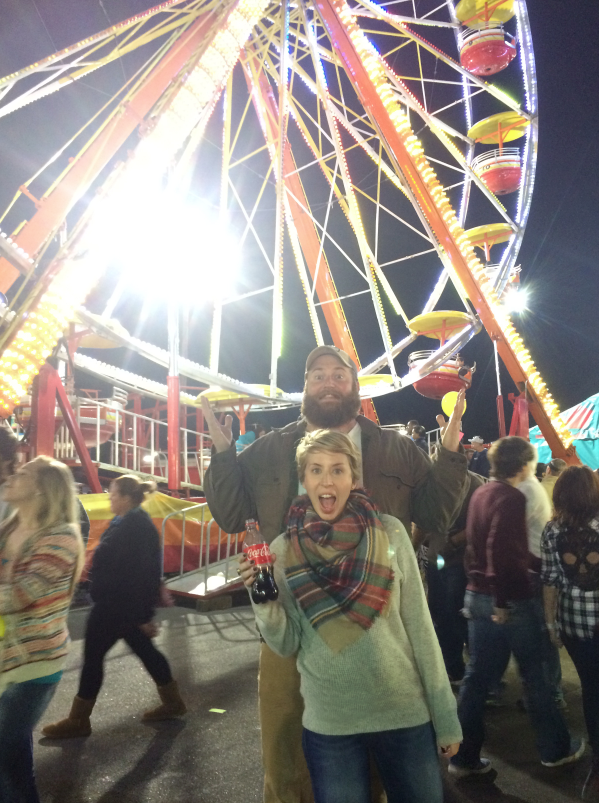 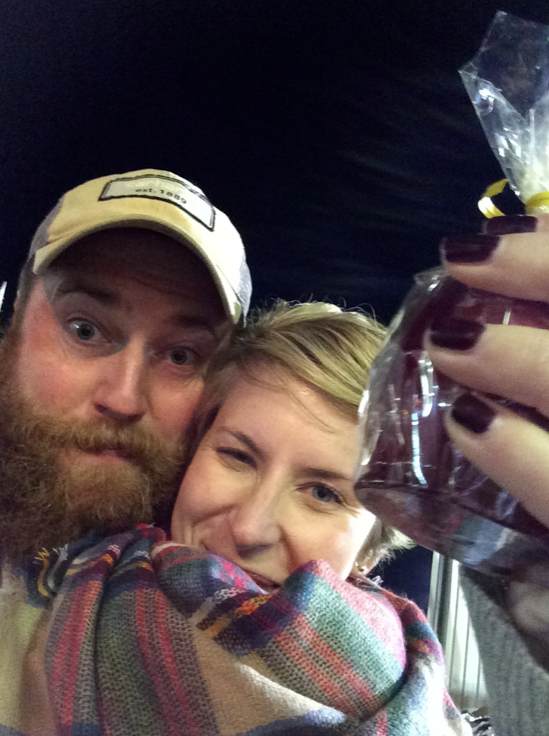 Where we fed a camel, I think. 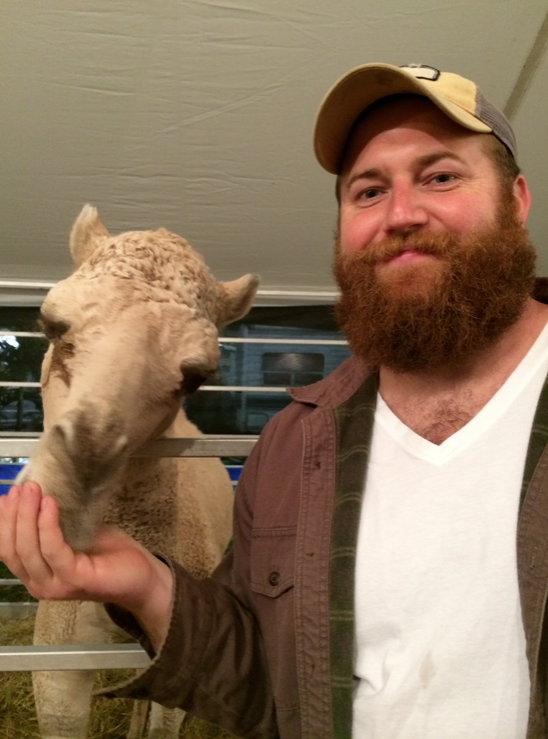