Tonight, in true fall form, on the eve of the first day of the last week of Ben’s career in ministry, we went to the football game at Laurel High School to watch our students  take the field for senior night. When we started at FUMC, they weren’t even in the youth program yet. They were still children! Aaagghhhh! How do you parents deal with time? It’s a thief.

Anyway, we bundled up (hooray!) and took some selfies in Mississippi’s first lighted football stadium–affectionately known around here as “The Bricks,” built down into the earth like a bowl with the nicest running track I’ve ever seen. 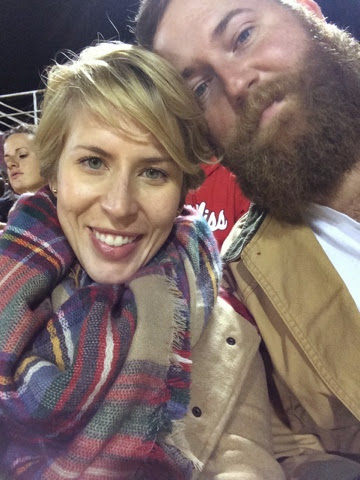 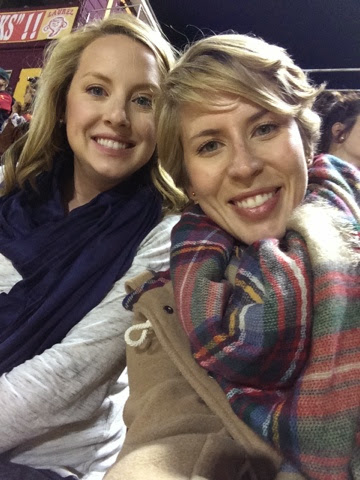 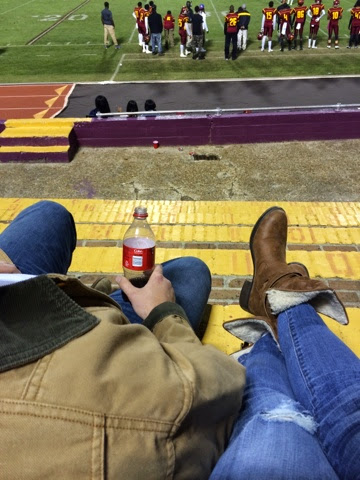 And we won! The tornadoes beat their big rivals, the Wayne County war eagles, in the last few moments of the game: 23-17. Woo!

And as you can probably tell by how small the photos are, I’m so sleepy I’m blogging from my phone in bed again. I think I’ll just rest my eyes for a minute… 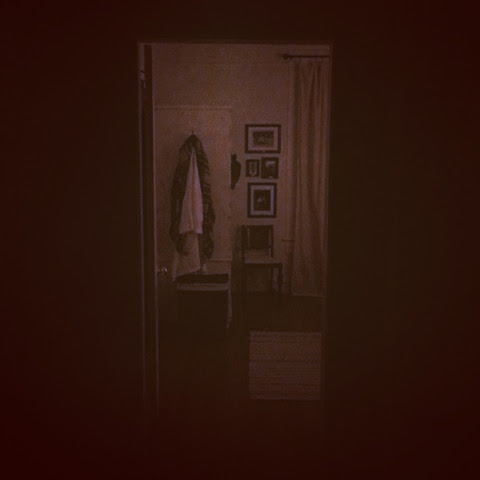