Since the scare with Ben’s daddy and his heart, and the doctors saying it’s likely all the boys will have hereditary heart risks too, Ben has been very concious about what he’s eating and how much he’s exercising. Tonight we were buying groceries and he saw something I declared would be “garbage” and put it in our buggy anyway, for something healthy to snack on at work. We got in the car and to prove my point I said, let’s try them and see how gross they are. 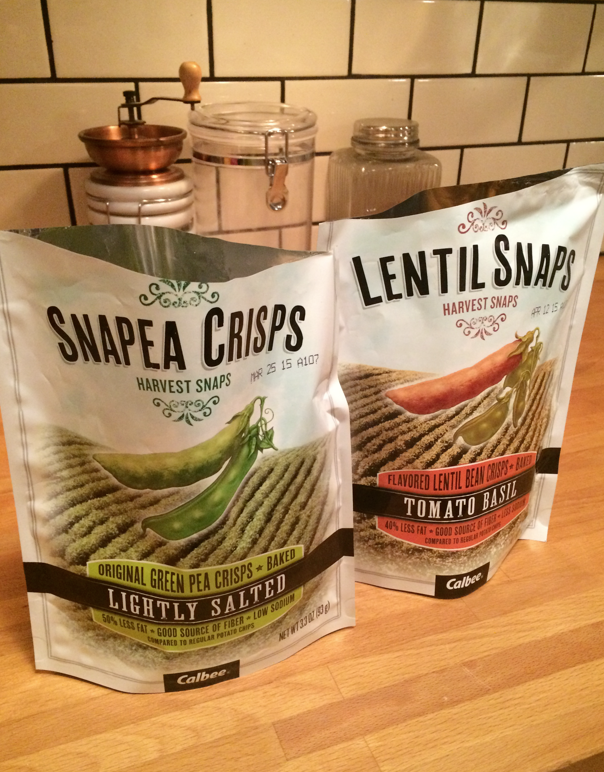 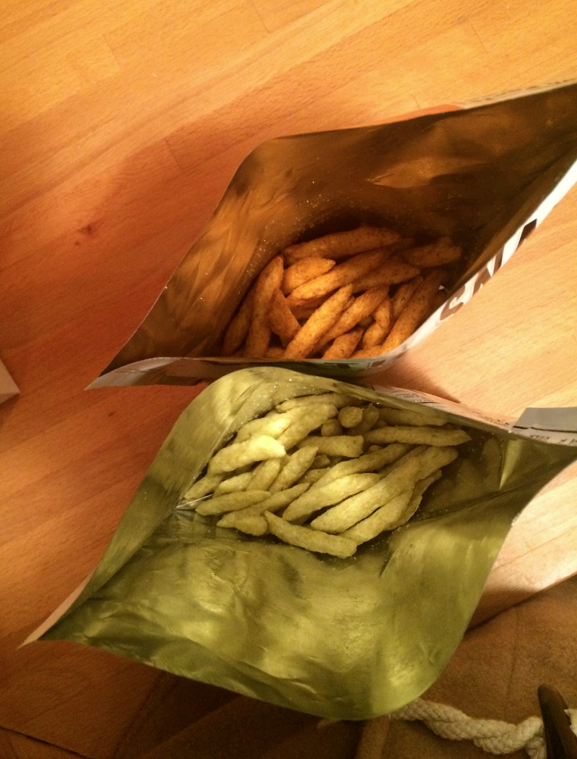 Best snack EVER. The tomato basil lentils in particular, which taste better than Lay’s tomato basil potato chips and have the texture of a Cheeto puff. And it’s just baked lentils. You can have like half the bag for 120 calories. If you have a Walmart, you HAVE GOT TO TRY THEM.

In other news, I did a whole lot of lettering to find the perfect incidence of ‘Erin’, ‘Ben’, ‘Grant’, and ‘Hope’ because the production company asked if I would like to design our titles and stuff for the pitch video since it would make it even more personal and that’s the kind of work I do everyday. It was so much fun! 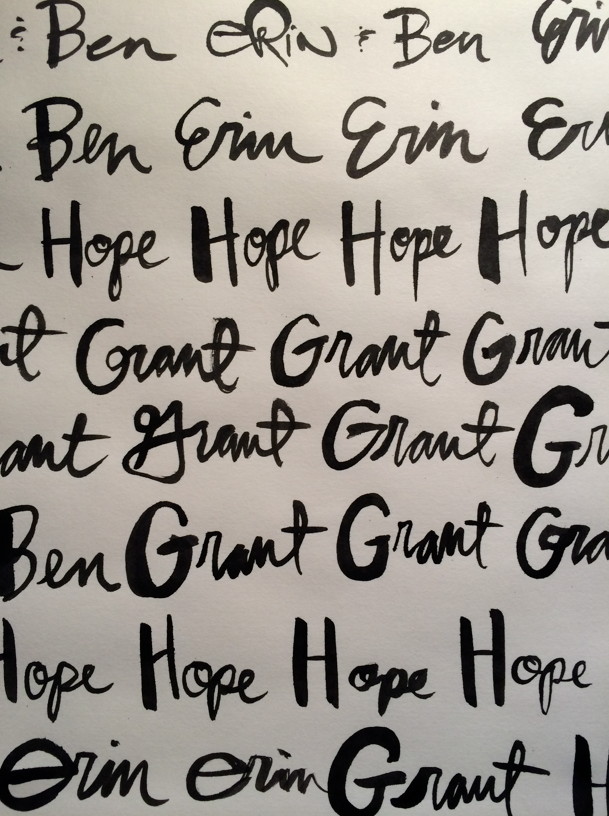 Today I was just creating ideas for the ‘lower thirds,’ which is, when you’re watching a TV show and the little design thing pops up telling you who’s talking, or where they are or whatever. Like these. Here’s my first idea, but we’ll see what happens. I’ll probably change my mind many times before it’s just right. 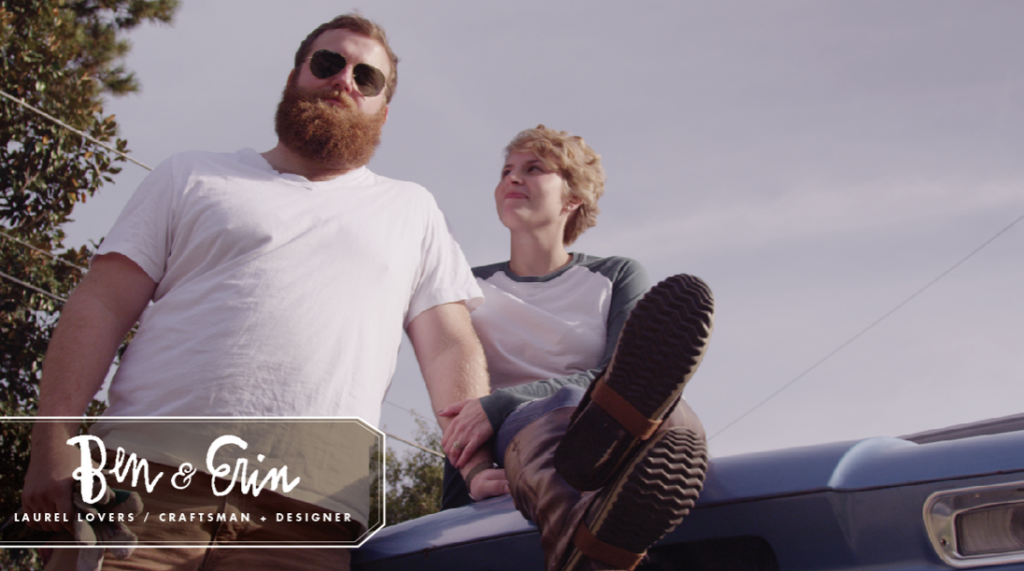