Y’all, I was gettin after it on my fine arts today. After my wedding work was done (including going over some concepts for new striping on our Market bags with our screenprinter—can you BELIEVE that’s not stitched or dyed? It’s printed on there!): 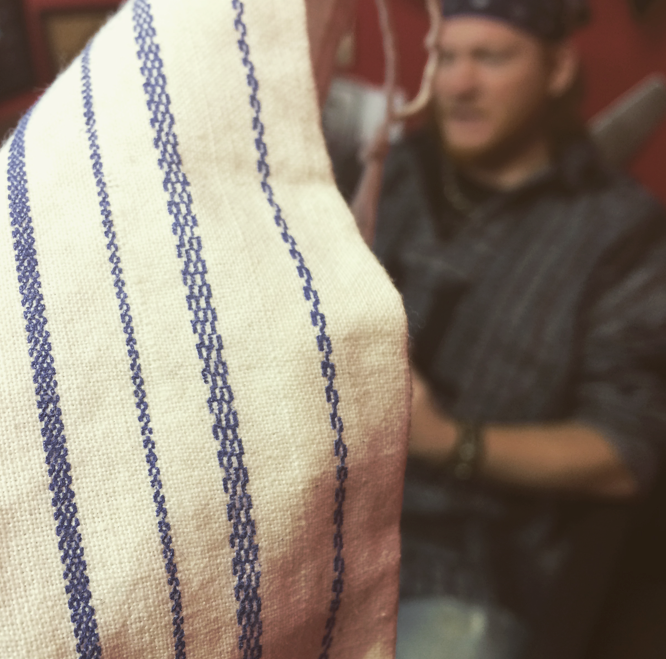 I set to work doing a portrait of a really lovely Texas farmhouse you might have seen on the TV. 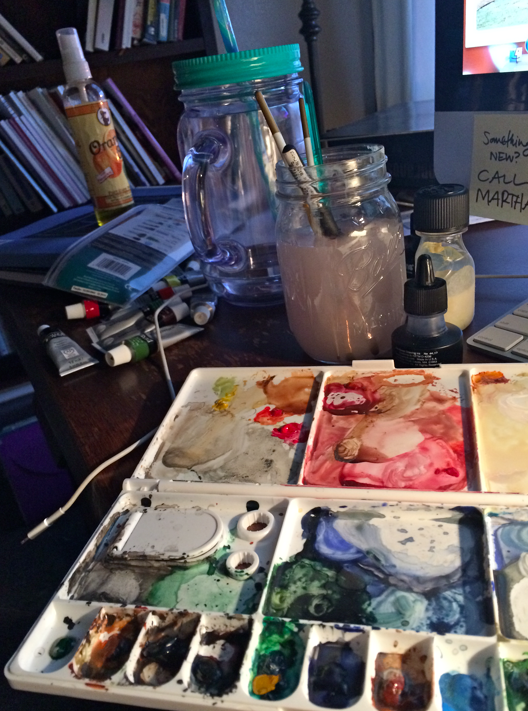 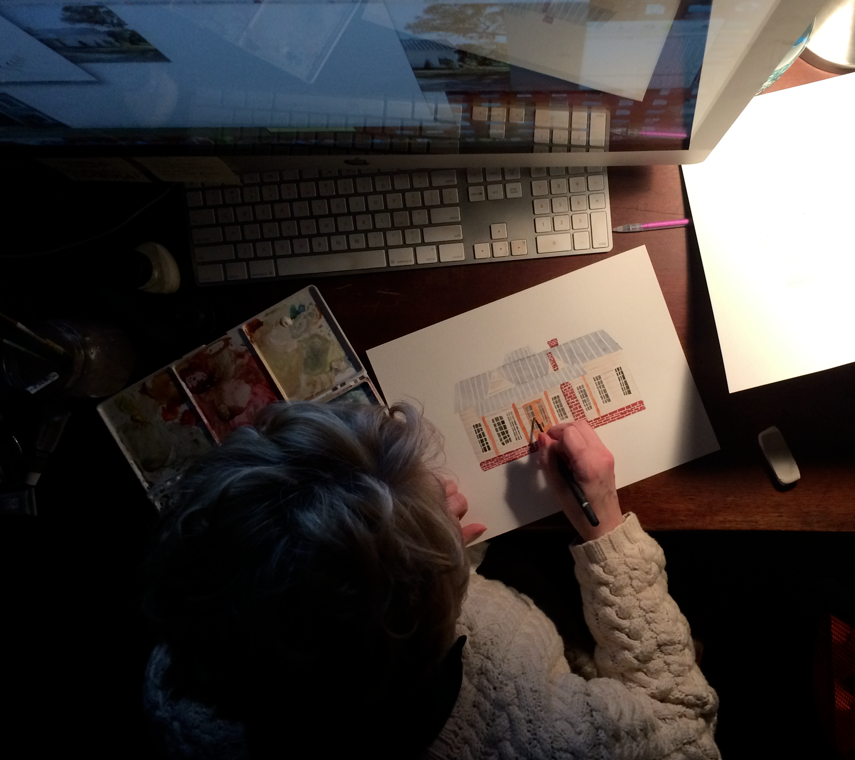 After work we headed to Dean’s Smokehouse for BBQ with the Tews, Nowells and Gebauers, which conveniently happens to be just a few minutes away from Laura’s pottery studio, Tew Potters. 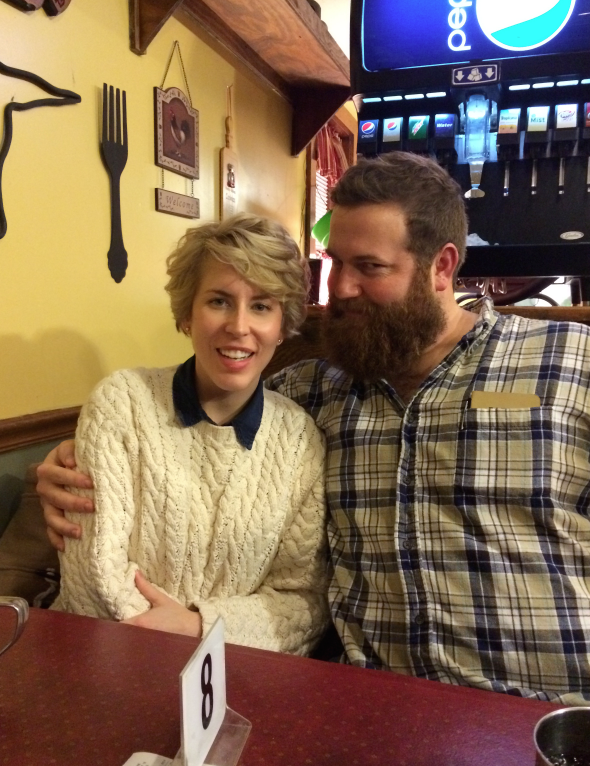 She’s been working on some prototypes for the Big Ben mug that we’ll be selling in the Lucky Luxe Dry Goods store. I was lucky enough to snag one of her mega mugs at Loblolly last year, but alas—it’s painted in a floral pattern, so Ben doesn’t love carrying it around. She’s been working on making some manlier designs for him this week and it holds something crazy like a half gallon of coffee, but looks normal sized in Ben’s hands. 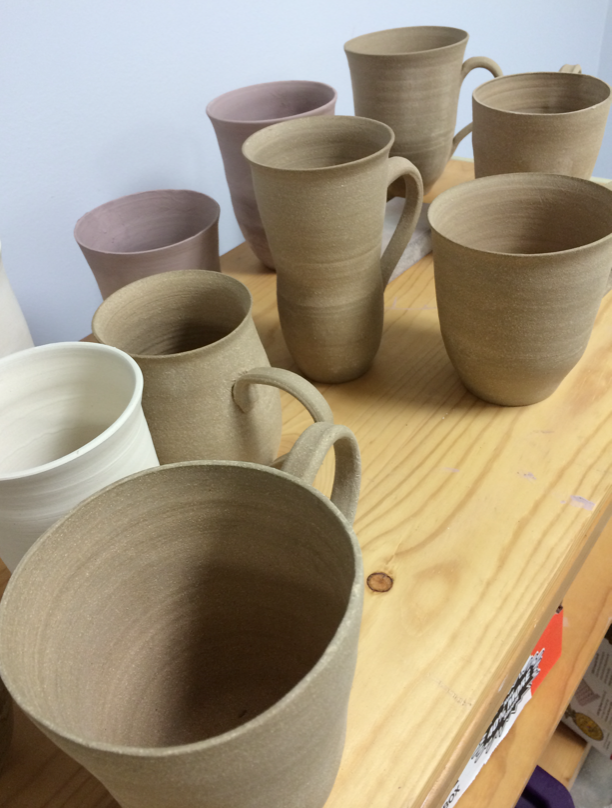 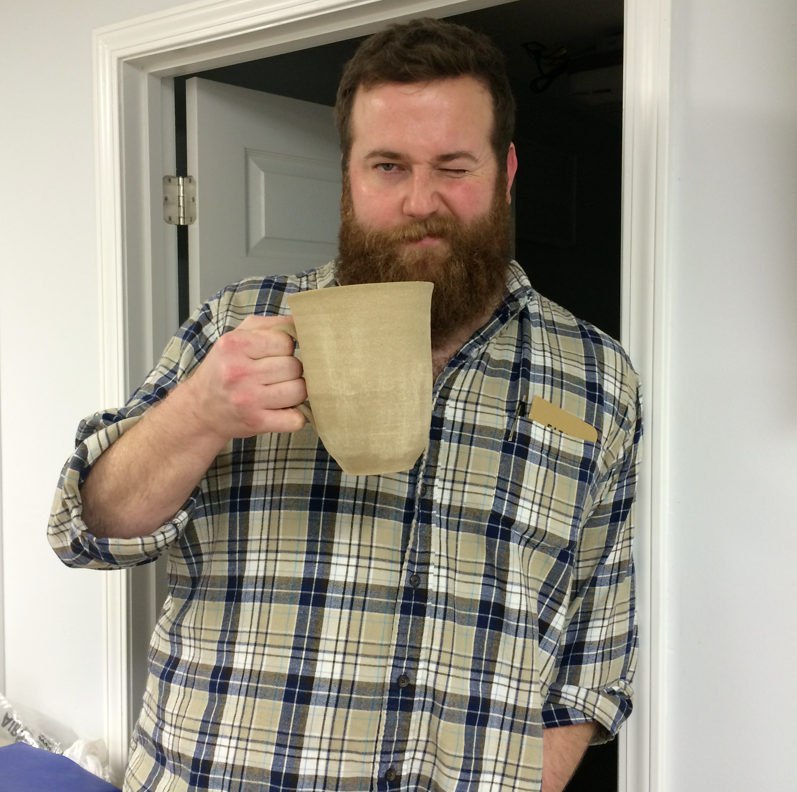 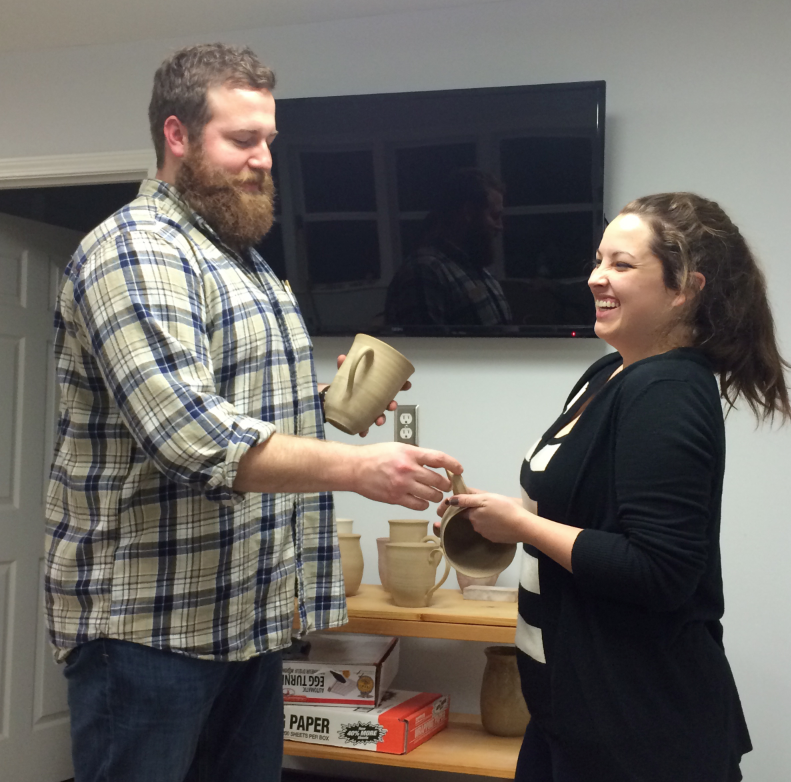 We had some ideas and she threw some clay on the wheel to just make it up on the spot, and I watched her, remembering those fun summer days in 2007 when I took my last pottery courses my last summer in college. 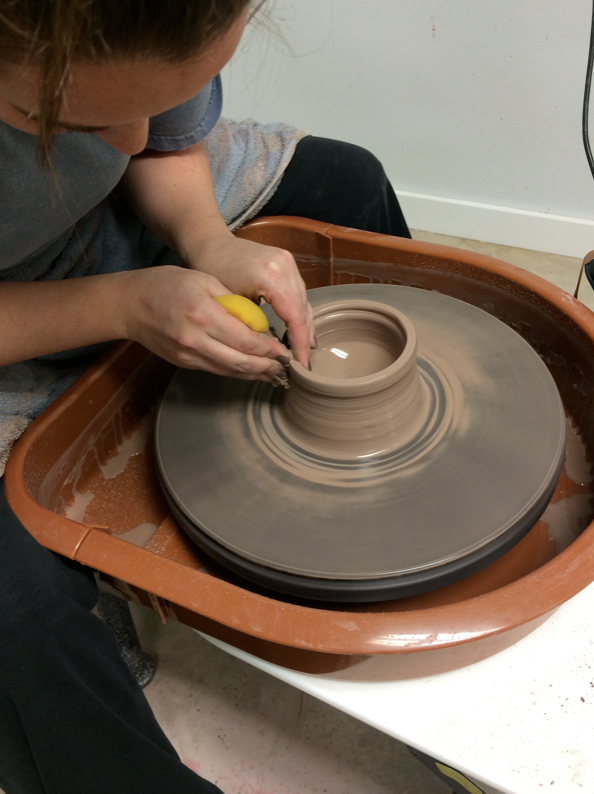 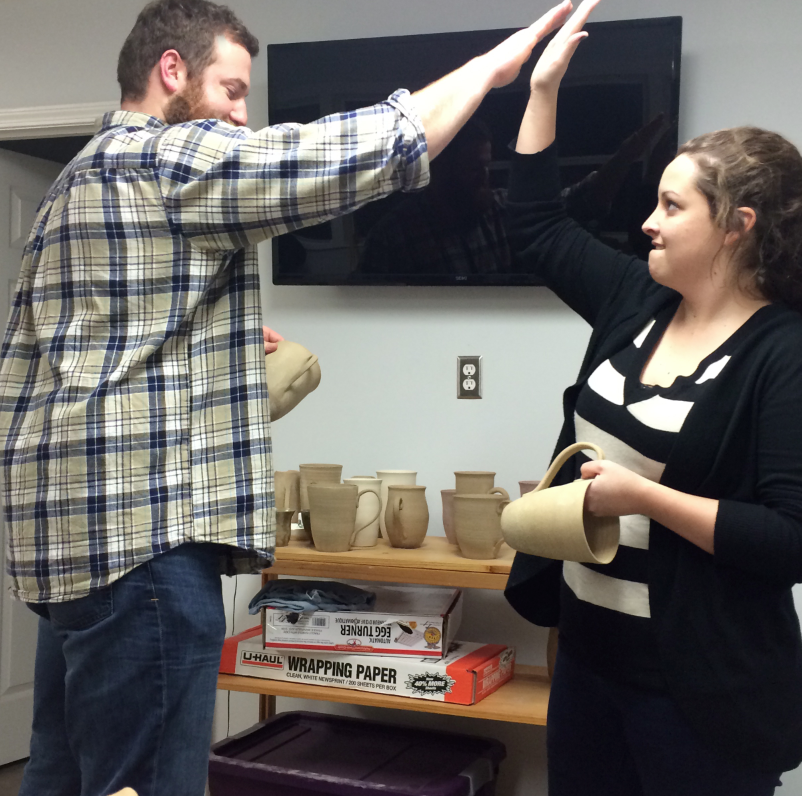 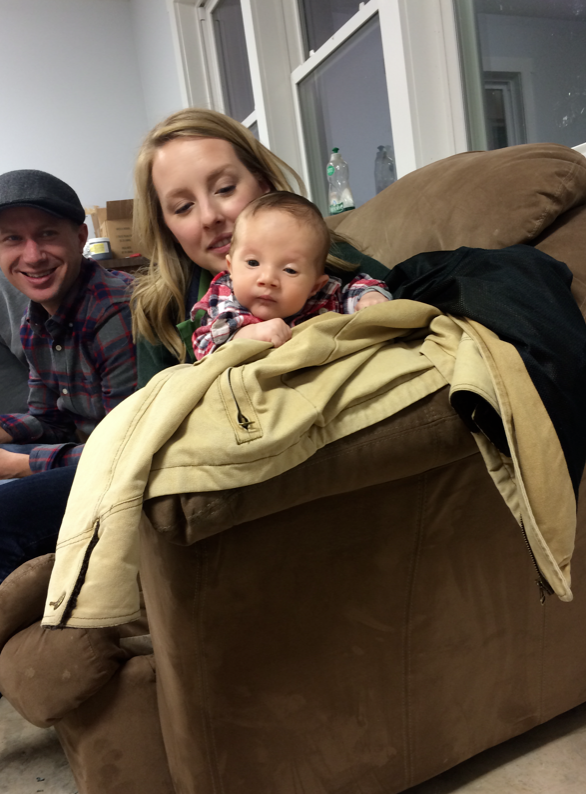 Then she let me give it a try. I wondered if it would be like riding a bicycle, a natural feeling you never forget, and my memory of how to do it was mostly there… But my hands just wouldn’t cooperate like I wanted them to. 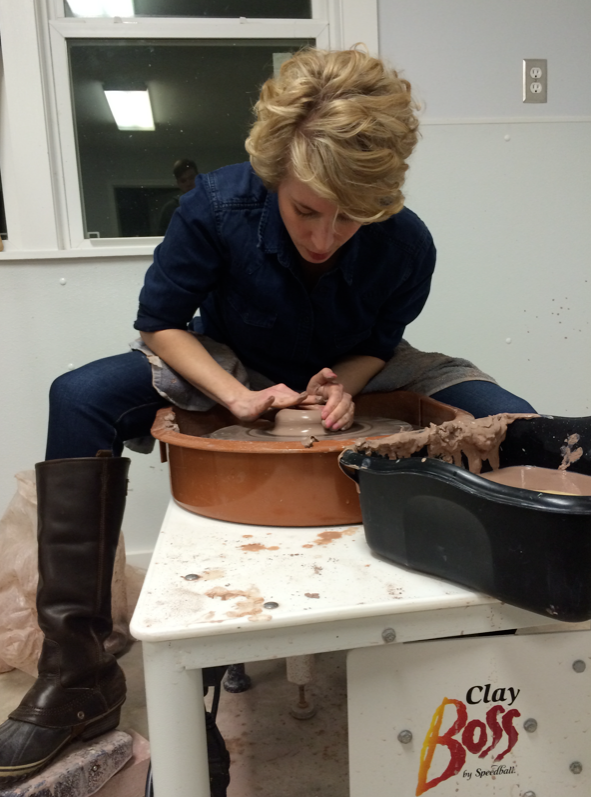 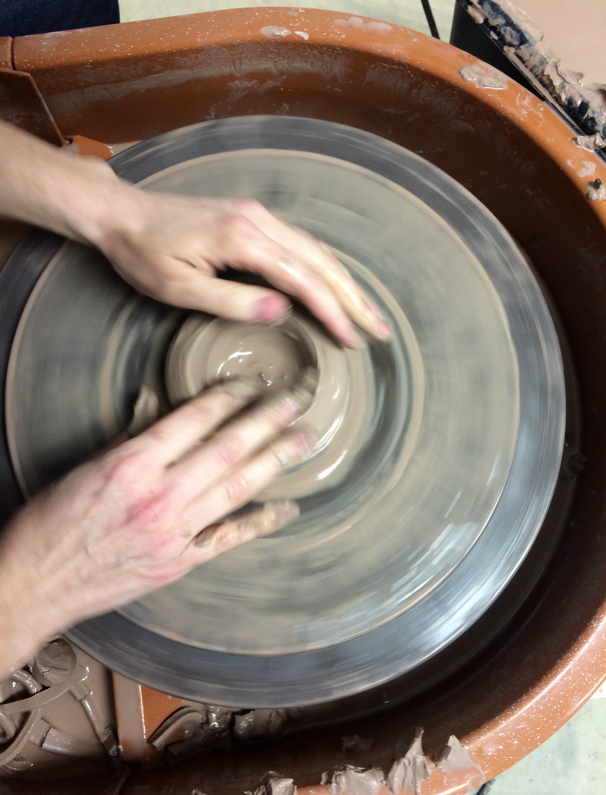 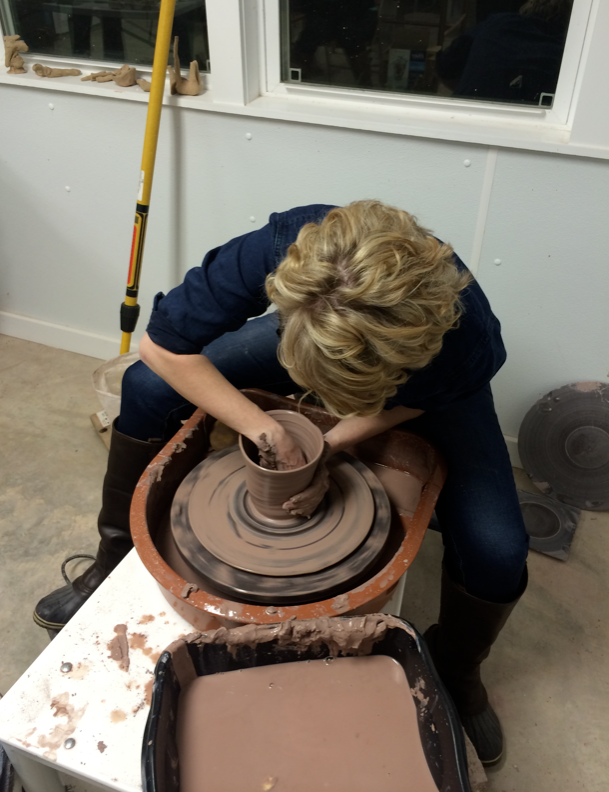 I almost had a good thing going when it got off balance and collapsed, but gosh it was so much fun trying it again after all this time.

Ben gave it a whirl, and honestly didn’t do so bad: 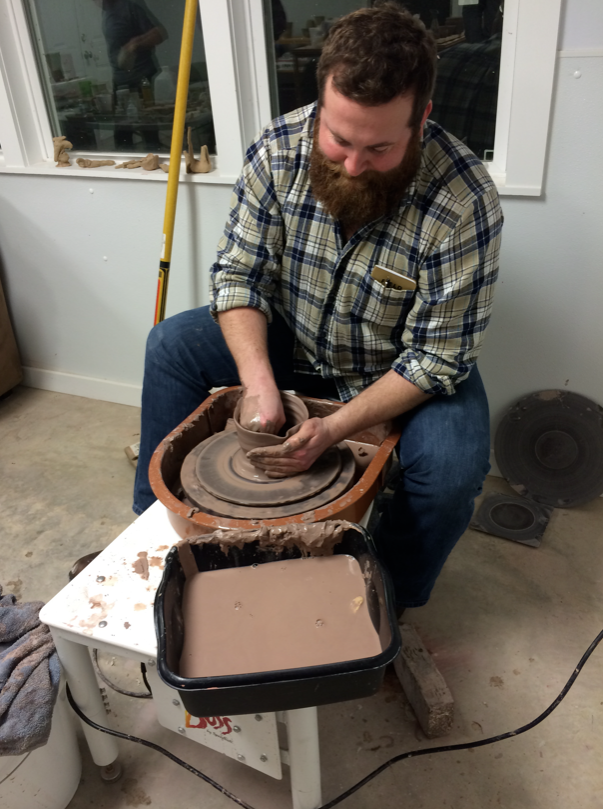 While the pro was 5 feet away kindly coaching him as she glazed the latest crop from her kiln. 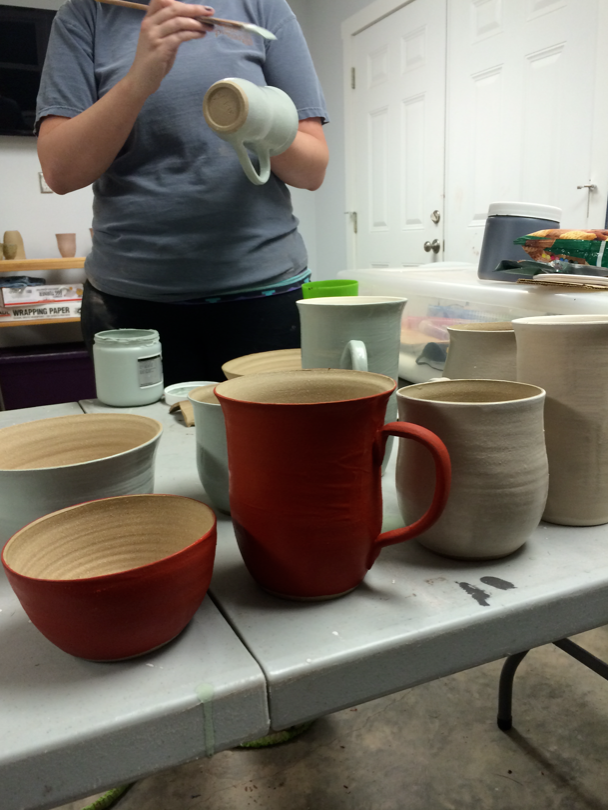 Josh had to try it, too… But became frustrated with it pretty instantly. It’s seriously so hard to get the hang of at first. Making a bowl is usually the first thing to try, but it’s not especially easy either. 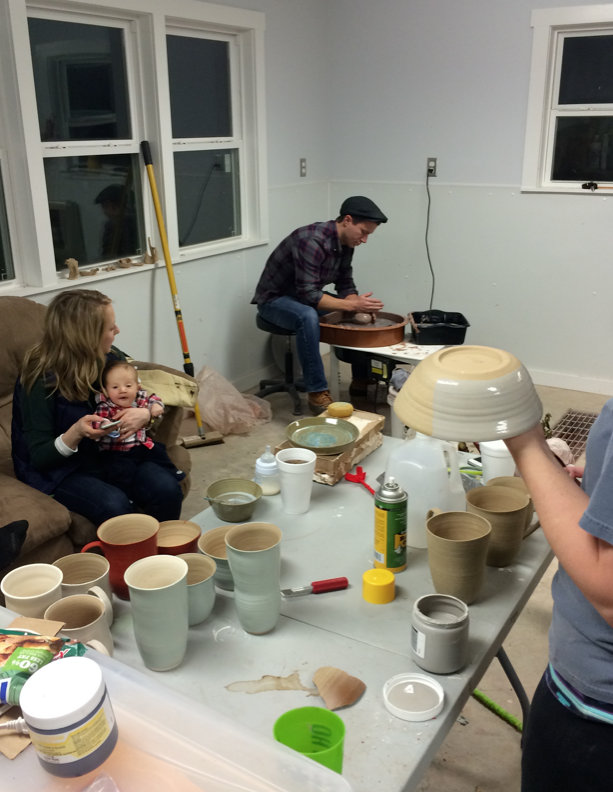 Which begs the question—what exactly was Demi making? And what kiln was gonna fire that huge thing?