Have I ever told you that mine and Jim’s grandfather passed away from ALS? Mammaw’s husband? He did. It happened in 2001. It was confusing and devastating how fast it took hold of him. Regardless of how much it changed him by the end of his life, he’ll only ever be the sturdy, stalwart patriarch of our family in my mind’s eye. 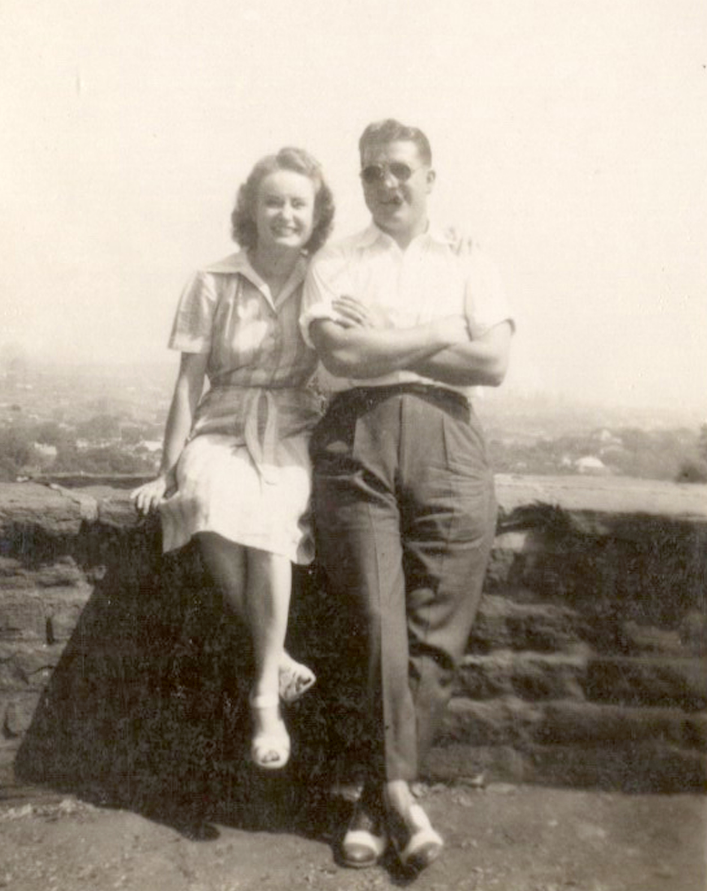 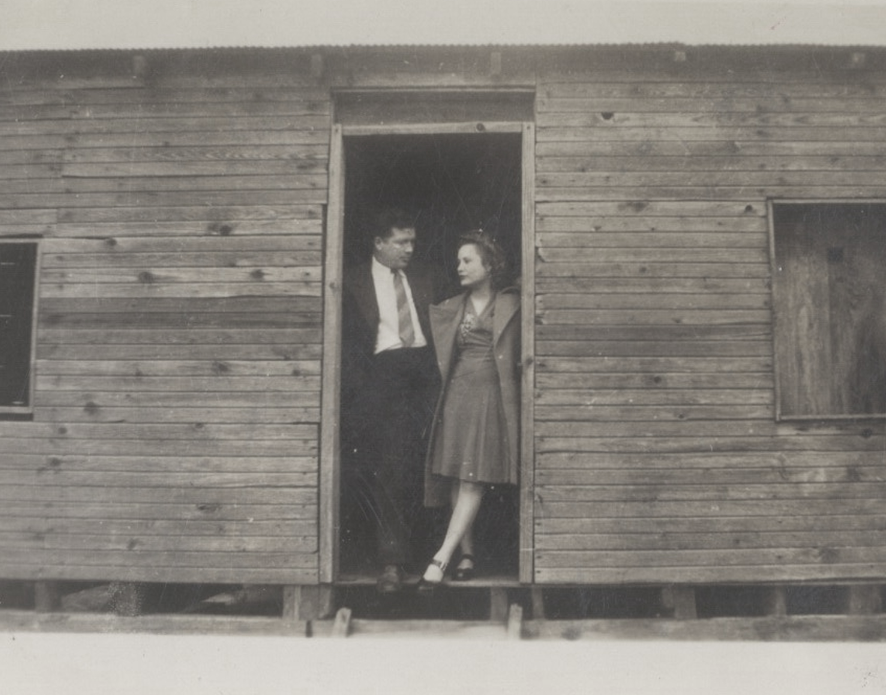 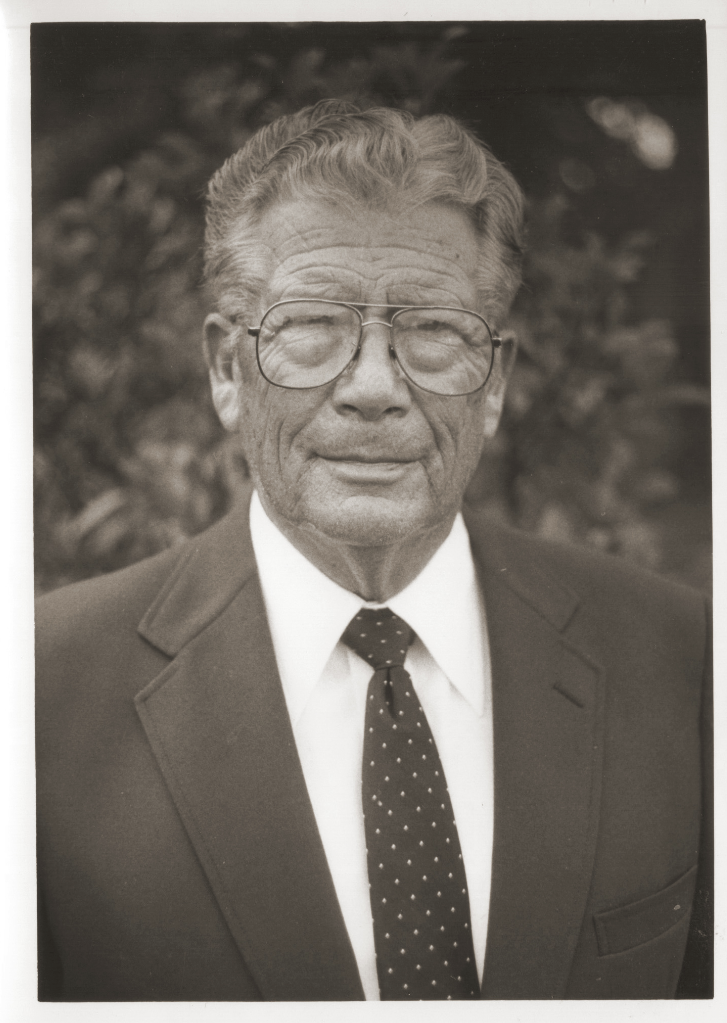 He was only sick for a few months before we lost him. It was so hard, y’all. And those ice bucket challenges in 2014 were SO annoying but it was comforting and inspiring for our family to see the numbers from fundraising for ALS research that happened as a result of it.

So. Jim has been a HUGE New Orleans Saints fan his entire life, and he especially loved Steve Gleason, the underdog of the team in the mid-2000s who made one of the most important plays in the history of the Saints. I won’t pretend to know anything about Saints football (I don’t), but I know this was a big deal when it happened in 2006, when they played their first home game back in the Superdome after Hurricane Katrina:

He retired in 2008 (I think?), and a few years later, was walking across his yard and just inexplicably lost his muscle control and fell down. He was diagnosed soon after with ALS and was told he needed to prepare to lose more control each day, to prepare for dying, more or less. But instead, rather than give up, he decided he would get busy living. This is a remarkable man:

And so, Team Gleason was born, an organization made up of a group of Steve’s friends and family who are raising funds for ALS research and have funded the Gleason House, a world-class residential hospital for ALS patients. Jim has been a major donor and part of the team in recent years. Tonight Jim co-hosted a birthday party for Steve/fundraiser for Team Gleason at this incredible mansion in an old New Orleans neighborhood and hundreds of Steve’s teammates, friends, family, and ALS patients and research donors came together for the most awesome night under the stars. Of course, we couldn’t miss that. 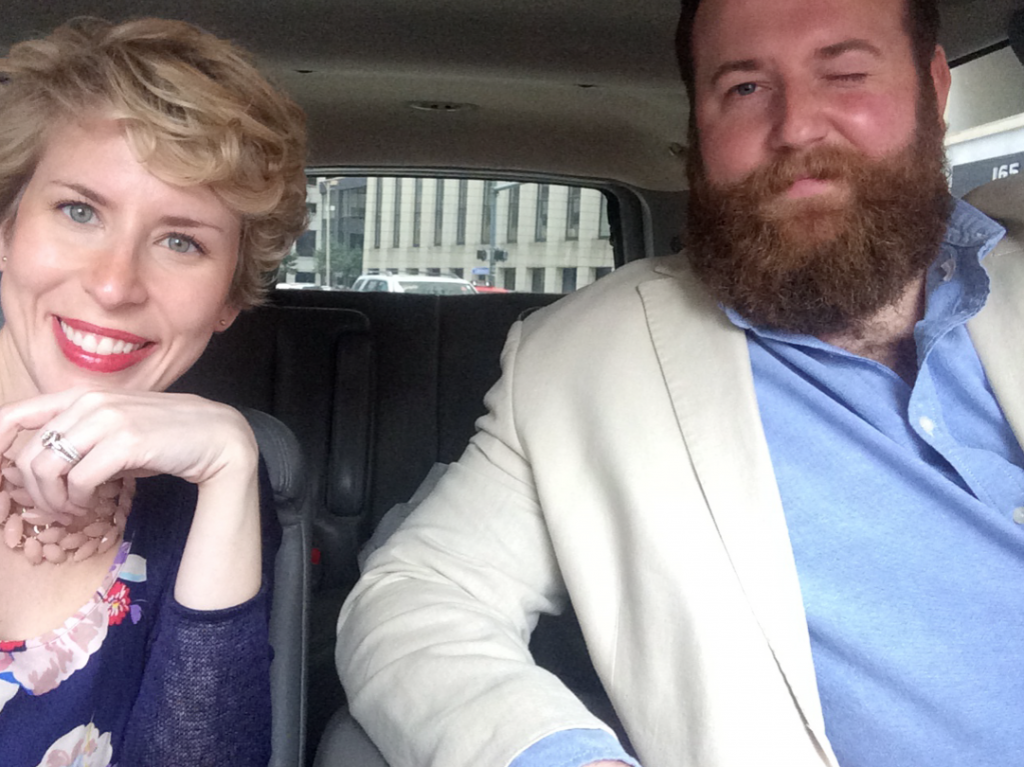 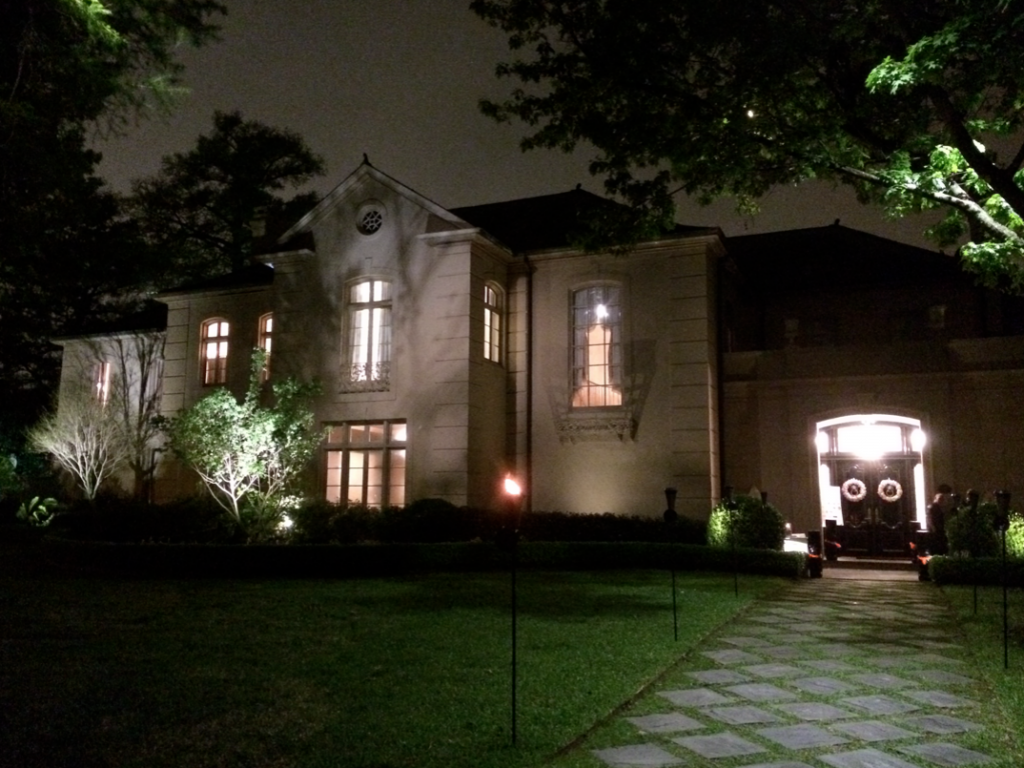 Microsoft created some amazing technology just for Steve—a computer that can read his eye movements so he is able to look at letters on a keyboard and text words, then the computer speaks his voice which he recorded a few years before he lost his speech. He gave a speech at the party that was so moving. I can’t stress to you what an honor it was to be part of this. 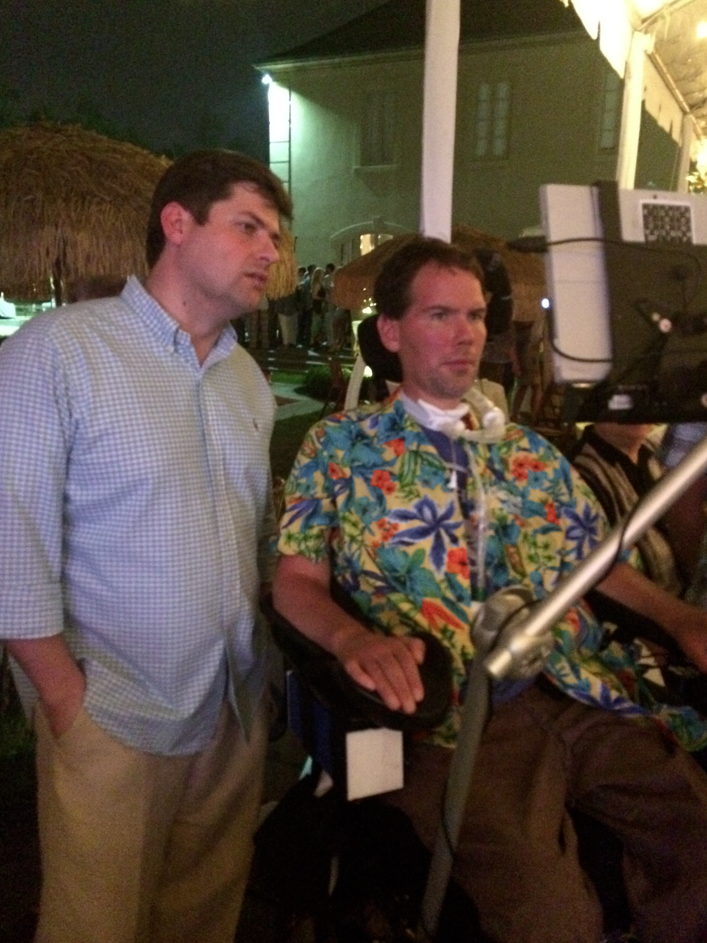 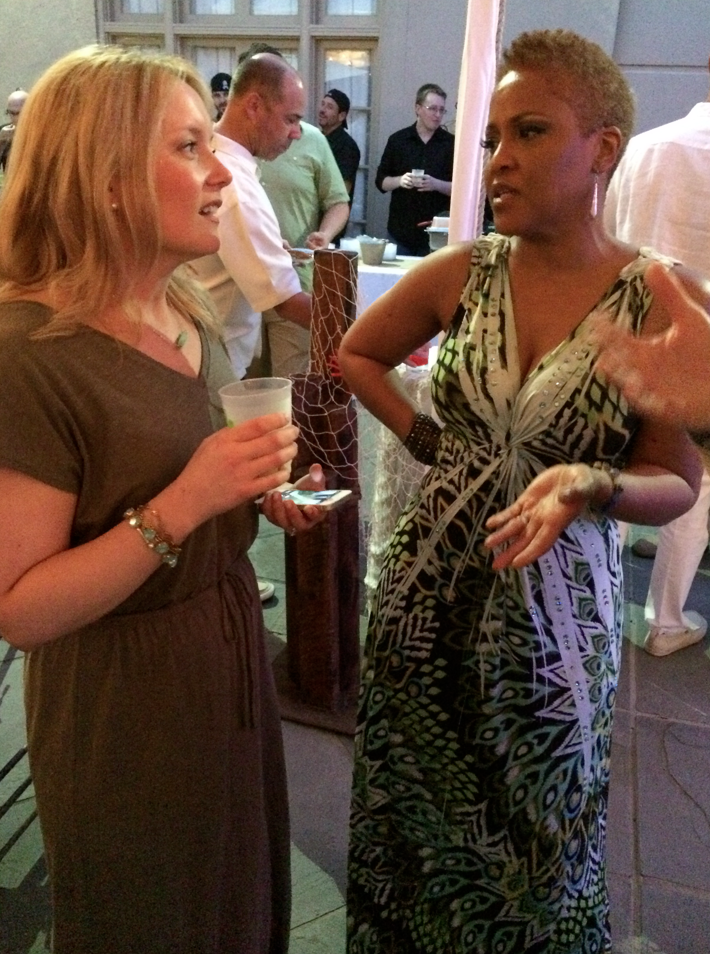 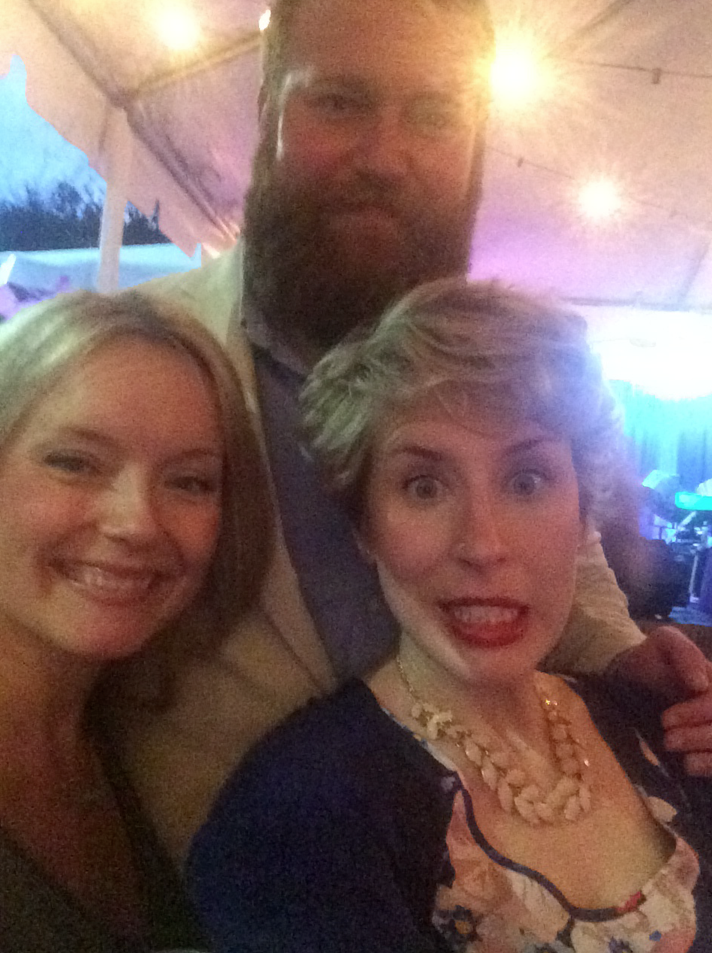 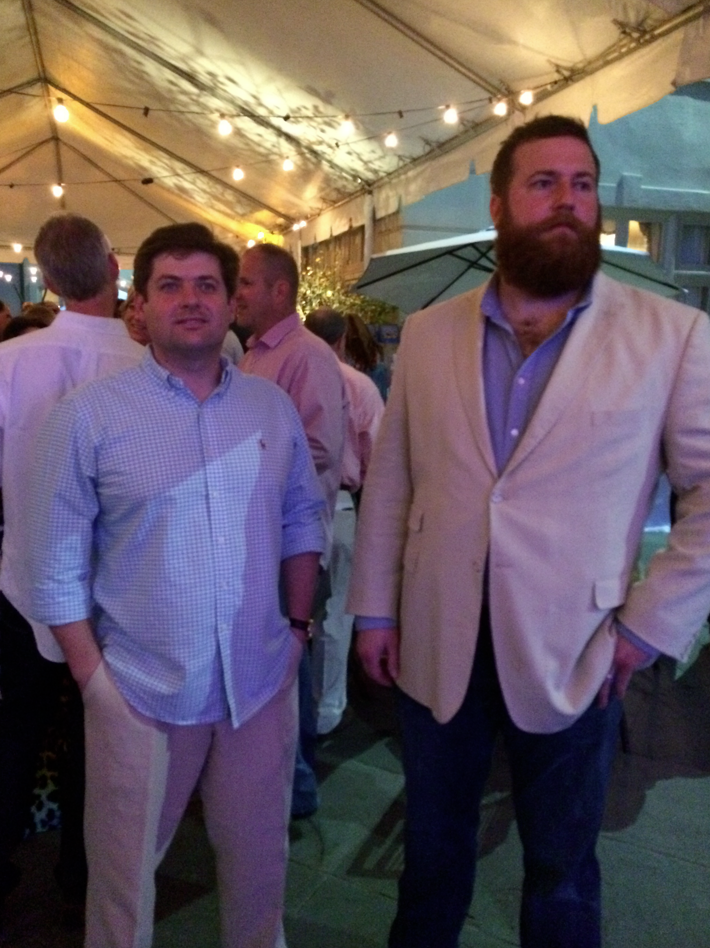 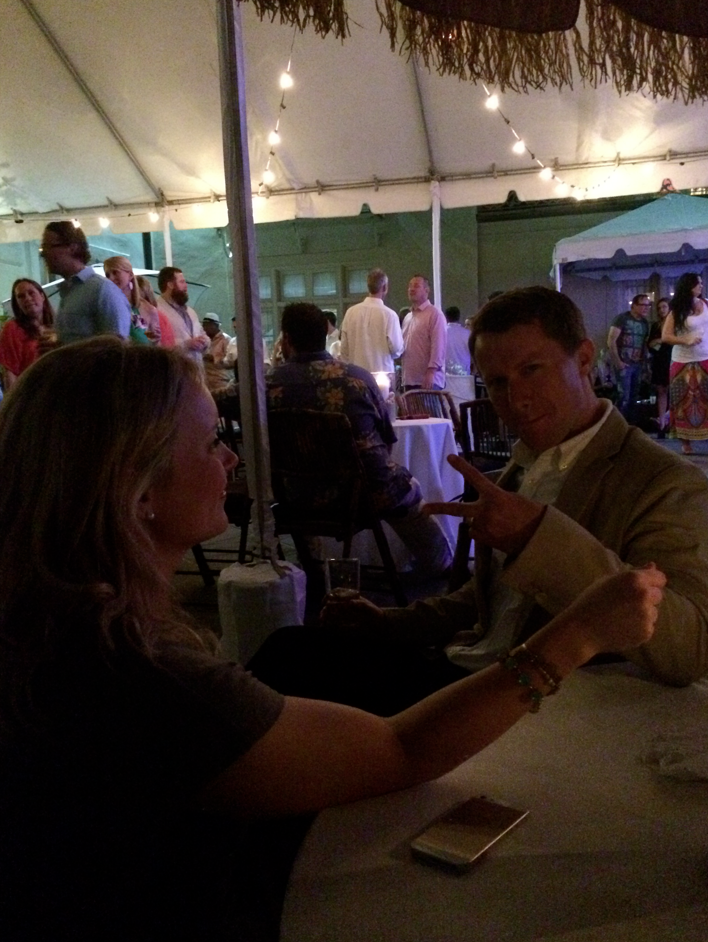 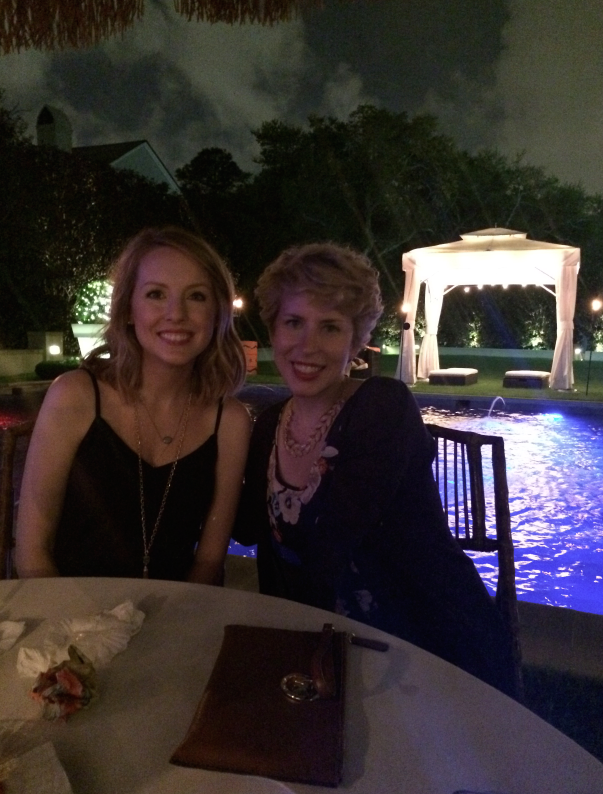 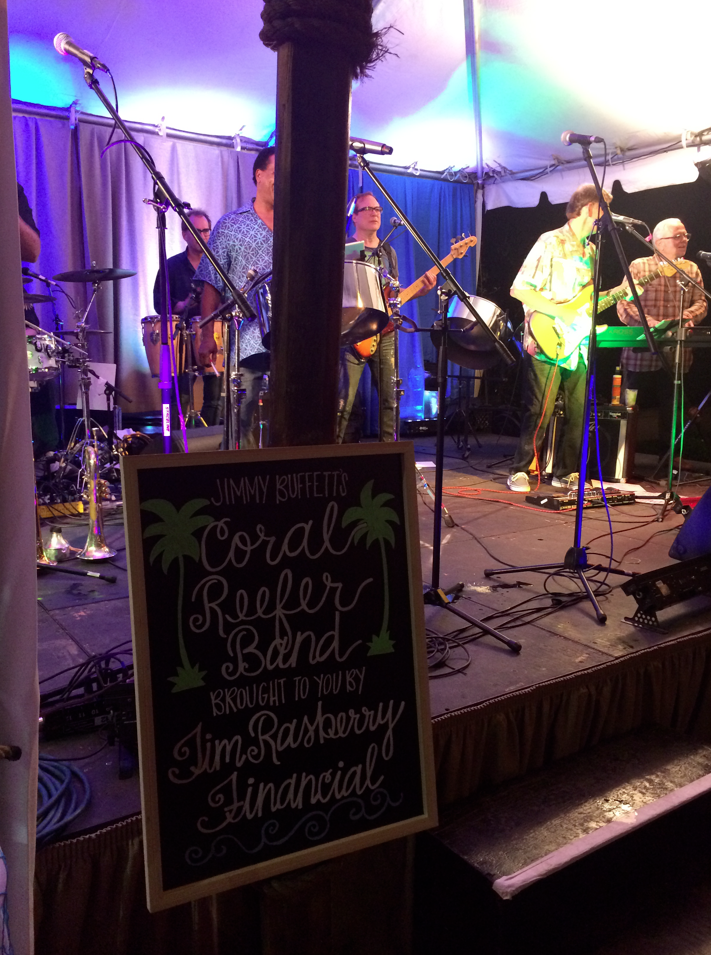 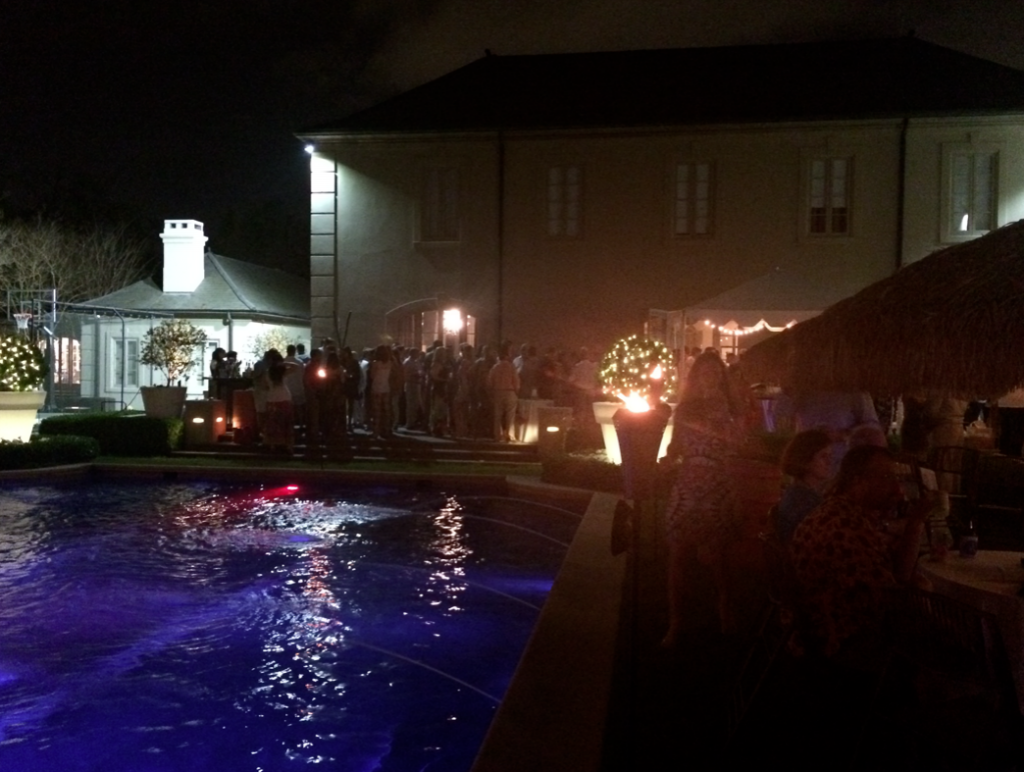 Our framily. I couldn’t make it through life without these people. 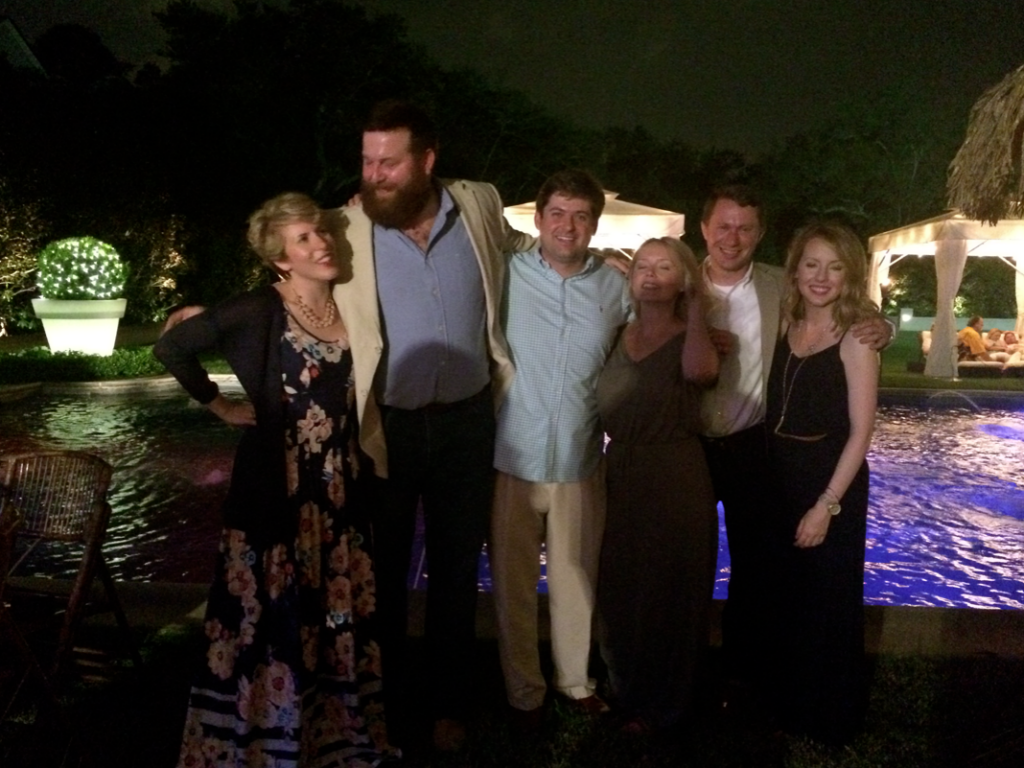 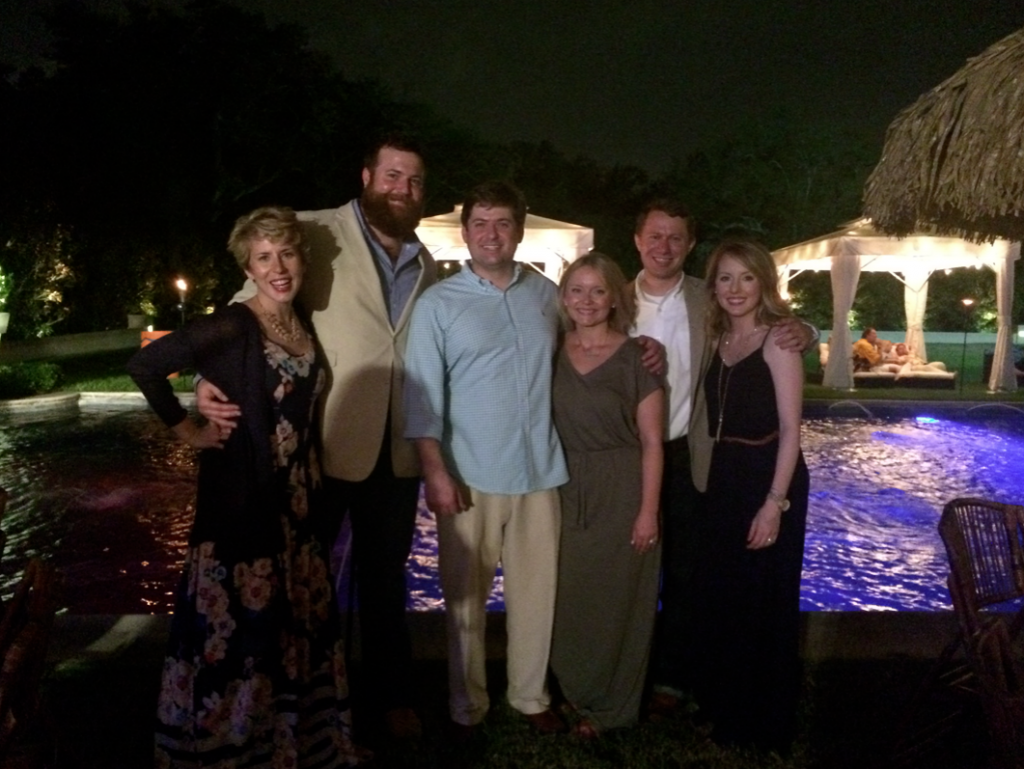 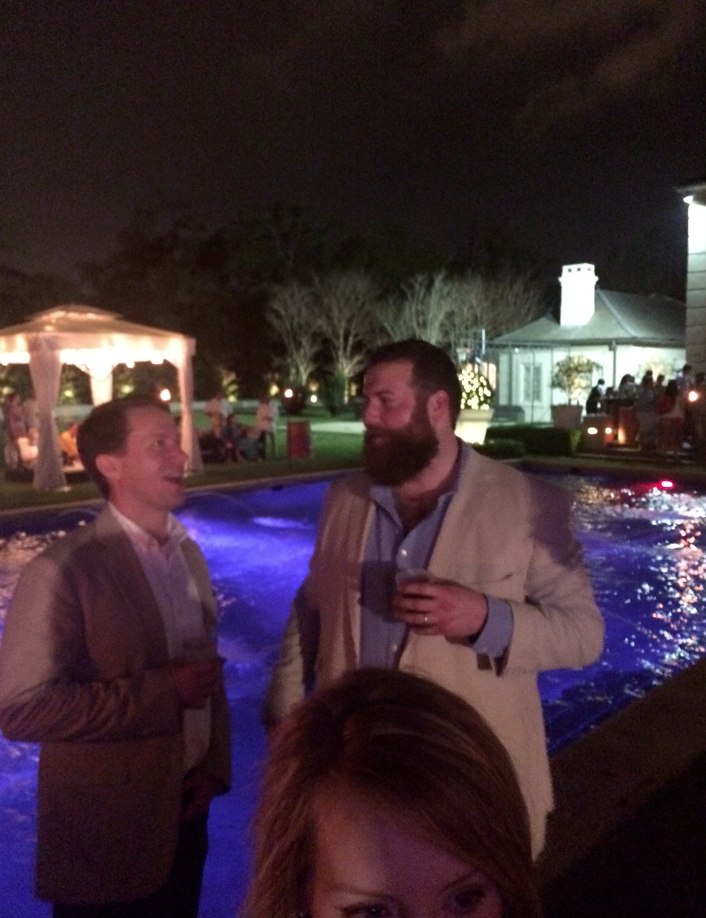 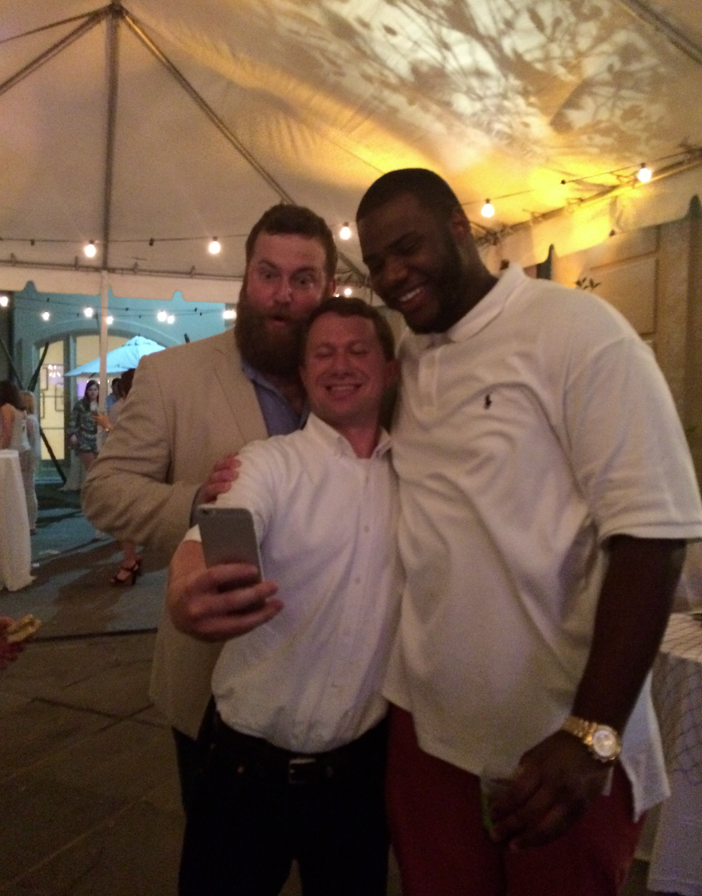 And about a hundred people asked Ben for photos and autographs, thinking he was a player for the Saints. It was fun being his date, even if other women were trying to get his attention all night. He flirts with people, ALL people, of course, and that’s the personality that won me over in college, so I totally get it, ladies. He’s charming. But I’m glad he’s wearing my wedding band! 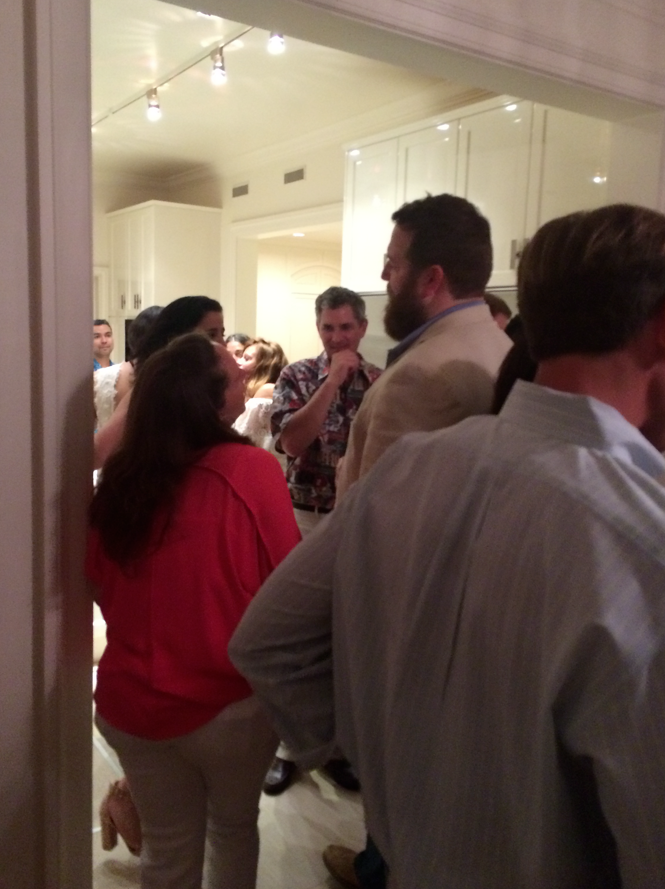 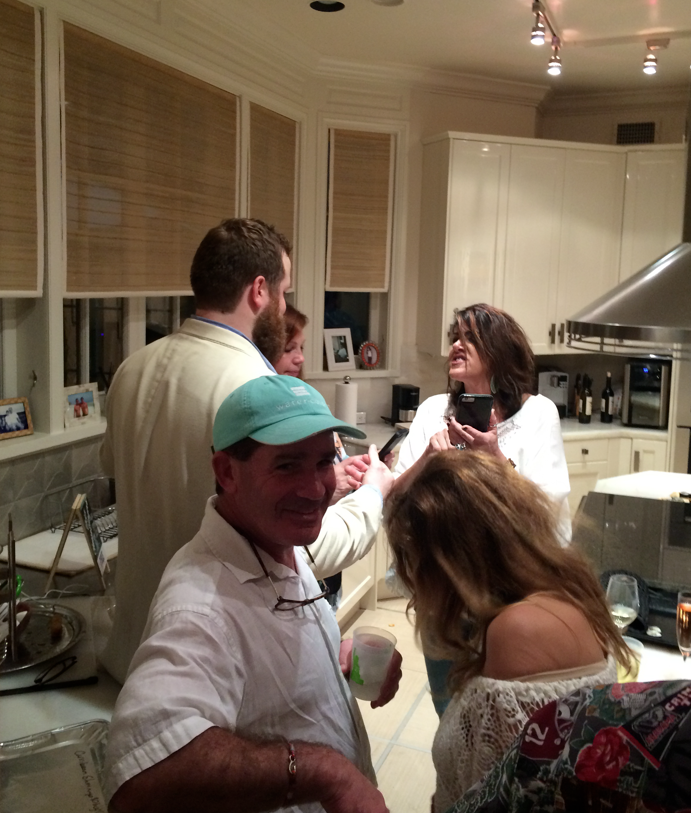 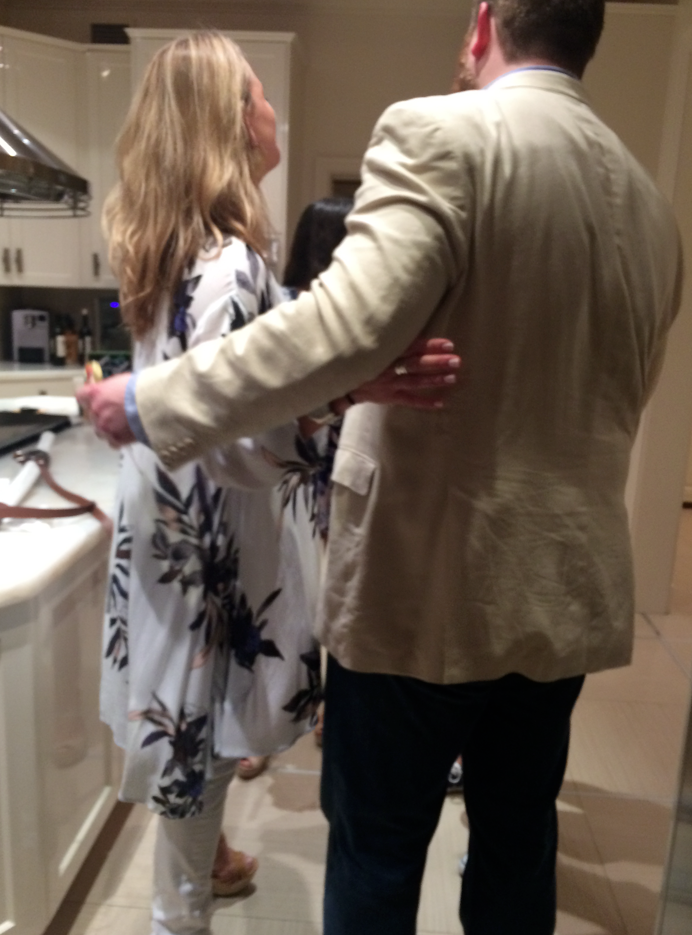 He used to always introduce me to people immediately, but I’m a little shy in these kinds of social situations where he really owns a room. I like it that way, and I like to let him shine and do the talking. Nowadays, he spares me the small talk with strangers by keeping his arm around me while I just listen and smile. Which is just perfect. Could you guess that about me? I’m my father’s daughter, I reckon.

The party finally died down by midnight and our group hit the door, bound for the French Quarter and Lafitte’s Blacksmith Shop, a little tavern on Bourbon Street that’s supposedly the oldest bar in the United States. There’s virtually no electricty in the building built in the 1700s, just candlelight, a piano, and a jukebox with all the best songs. 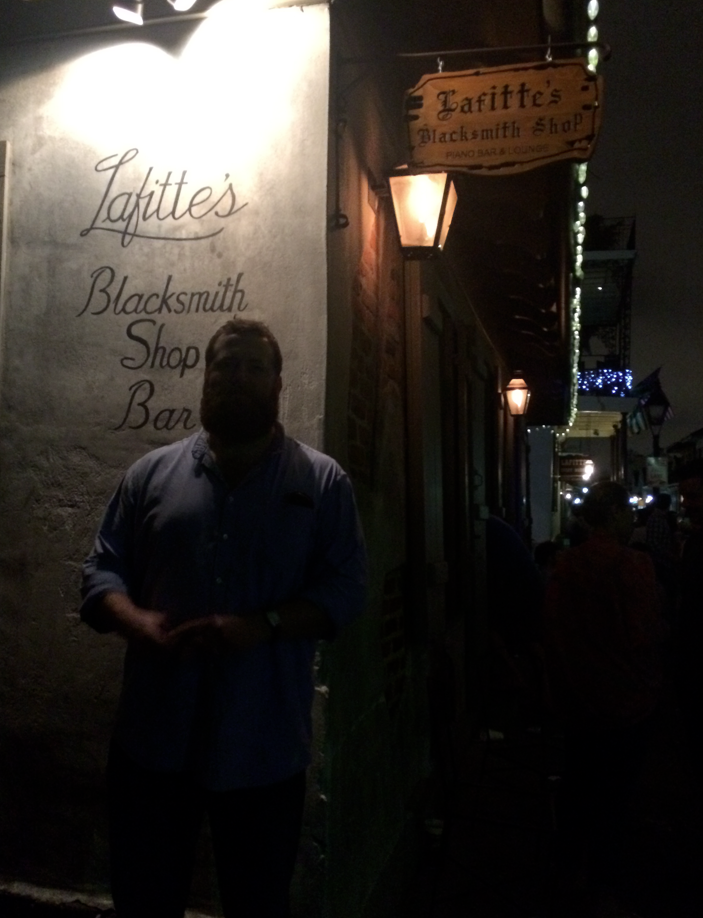 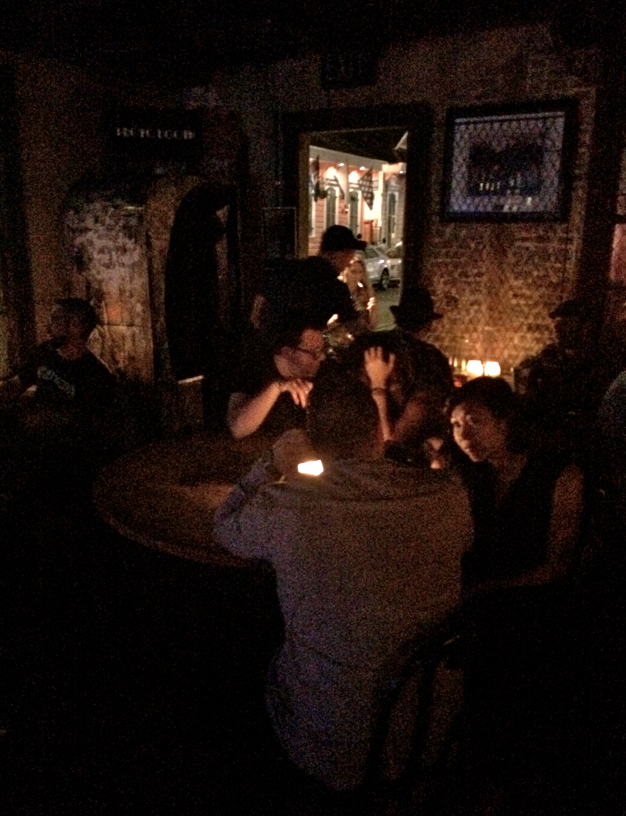 I found my boyfriend in there, too! You know about me and Gandolfini, right? GOSH I loved him. 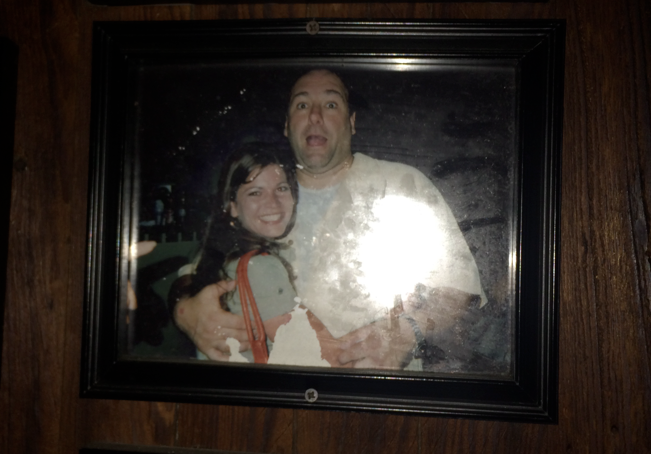 And around 2 am, the rain started flooding outside but I didn’t mind—I was dancing to Beast of Burden with my handsome “football star” husband by candlelight with the cool breezes off the river blowing through all the open doors.

Soon we were all starving for beignets and we ended our rainy New Orleans night (morning?) the only suitable way. 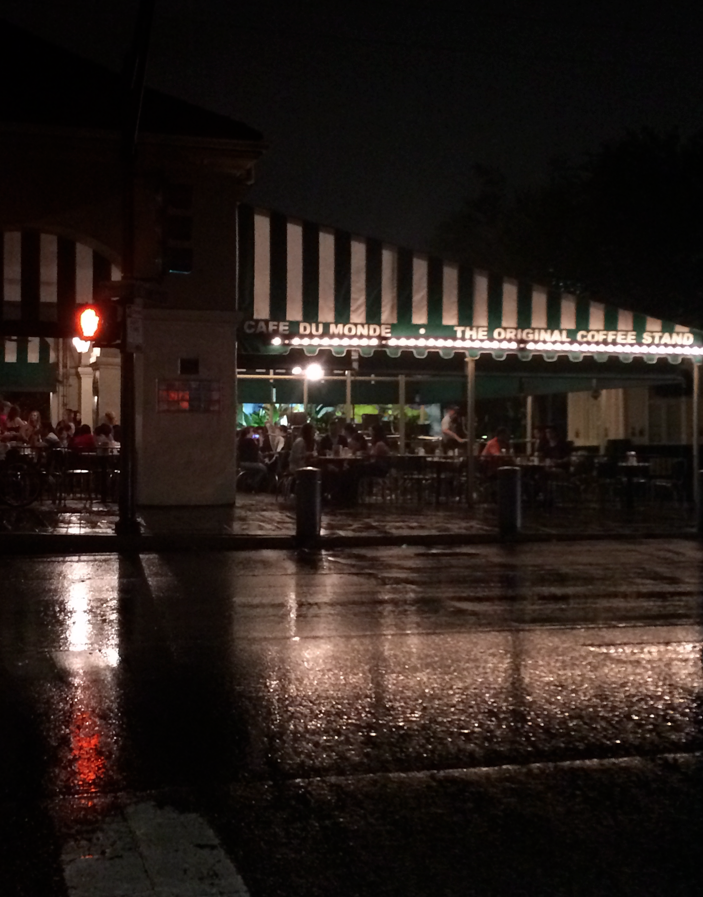 I would be so grateful if you would consider donating to Team Gleason. It’s amazing what they’re doing to give ALS patients quality of life and encouragement while they keep searching for a cure.