When we were in Florida last summer, Ben noticed these interesting looking hedges that were EVERYWHERE in St. Augustine. We went to a nursery before we left and asked what the plant was called and they told us: podocarpus, or Japanese yew. I scribbled that word on a little scrap of paper that we’ve kept drifting around in Ben’s truck ever since and then today, at Lowe’s, we spotted a ton of it at $11 each. So we bought those along with some other good looking shrubby plants to put around the garage in the backyard and it’s FINALLY starting to look really finished now! 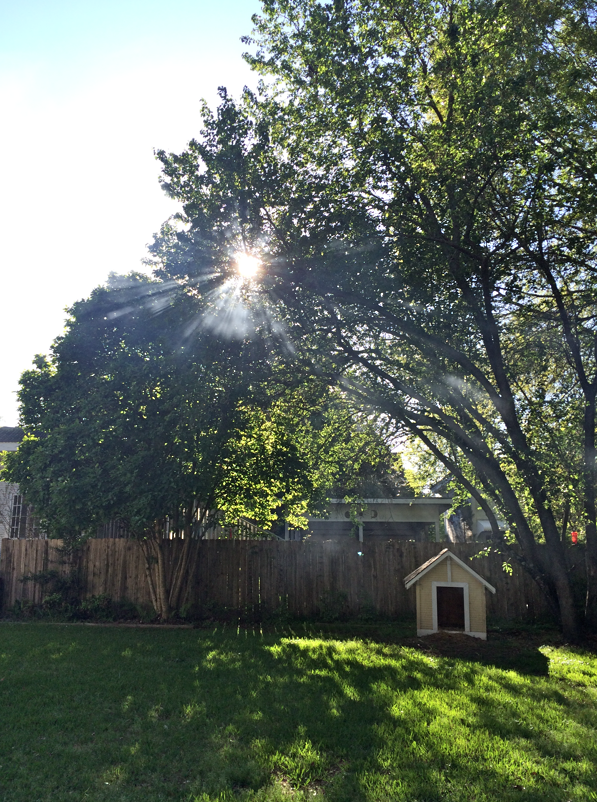 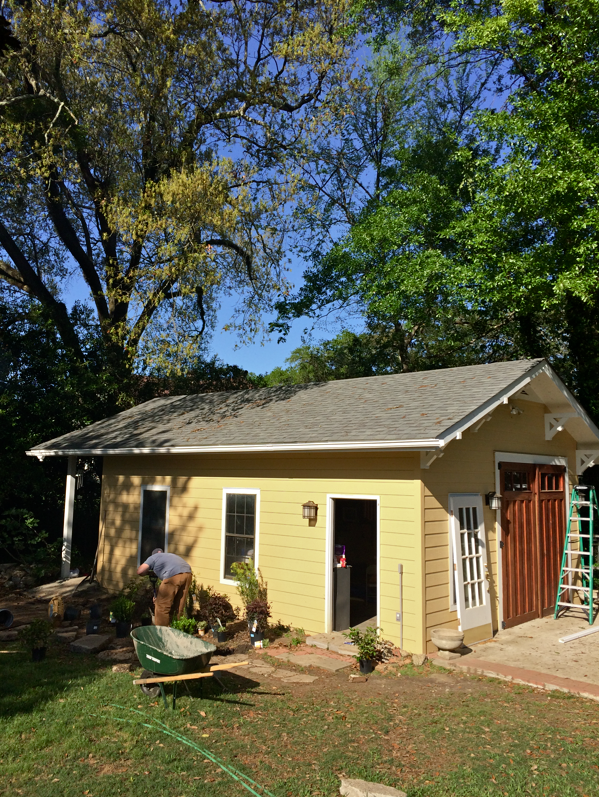 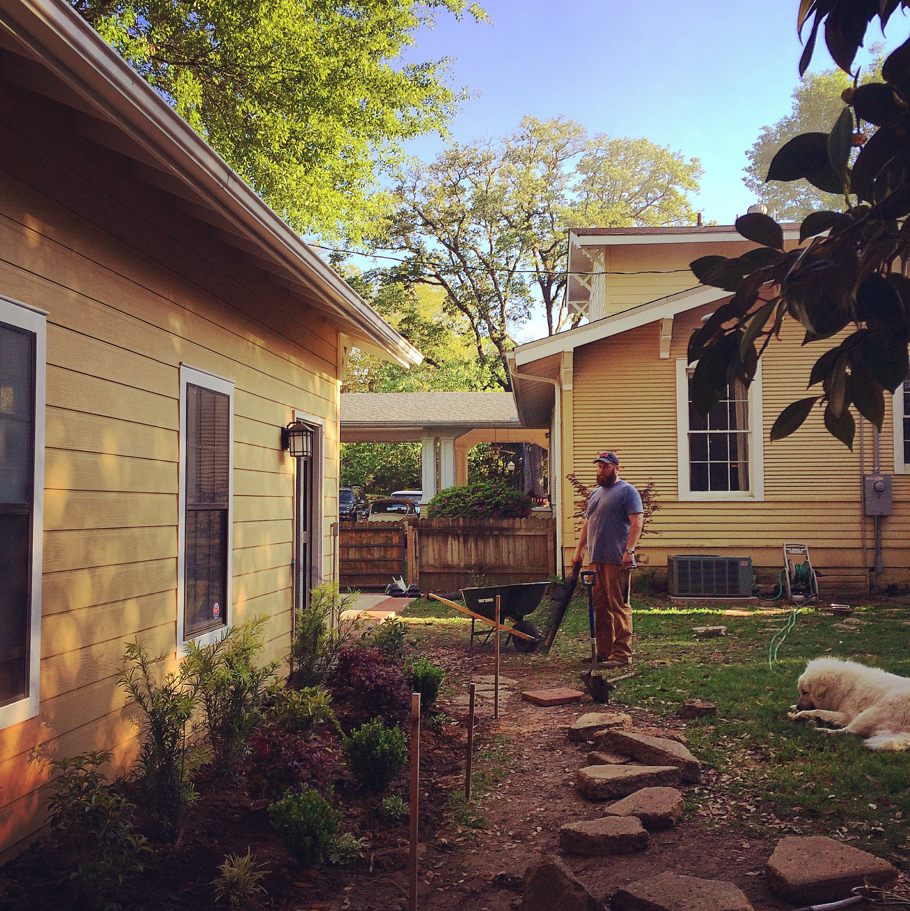 I can’t wait till they really take root and start to grow! I hope we’ll remember to water it enough here for the next few months and can keep Fat and Little from digging them up or wallering them out. For now, a little net fence will do the trick. They’re enormous dogs, but they’re also lazy. If there is any resistance whatsoever, they’ll find somewhere else to lay around, thankfully.

Then Ben went up the hollow concrete stairs to the back door and they decided today they would crumble. You win some, you lose some. I’m 100% sure snakes are going to burrow in there and eat me alive. Totally rational, I know. 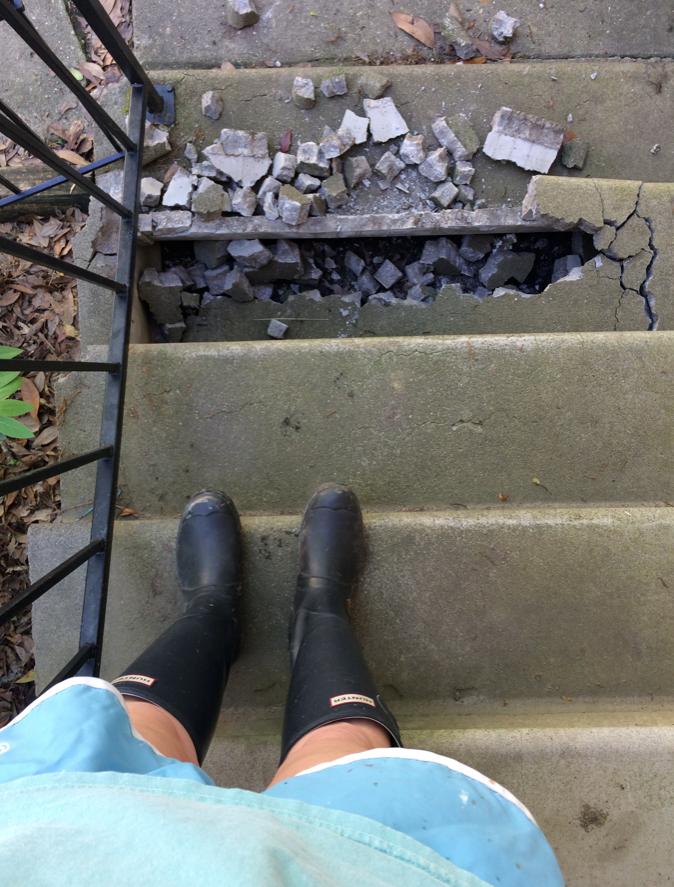