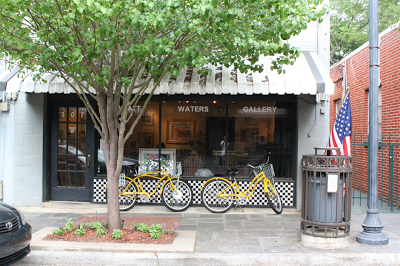 I’ve been dreaming of doing this for a few years now and as a Mother’s Day gift and excuse for a girl’s weekend, I signed up mama and I to learn watercolor from the best these eyes have ever seen. Honestly, I was a little starstruck. Maybe worse, maybe more like my aunt Mae Mae as a teenager at Graceland in 1964. For Ben, it’s the afternoon he played basketball with Jason Williams in Cameron Indoor Stadium at Duke. For me, this is it.
Dr. Weber is in the art class at church and his wife sent him to the workshop as an anniversary gift, so Laurel was well represented. As it turns out, Wyatt really is as nice as he sounds on the phone. He’s not pretentious or “arty” or any of the other things you would imagine a world famous painter to be — he’s just nice as pie and an obviously proud grandpa. Such a great ambassador for little ole Mississippi. He wrote a very sweet note for my friend who is soon getting married and mama gave him her book as a thank you for teaching us so much today. The weather turned sour after he finished his demonstration and that means we didn’t have an opportunity to do our own paintings, but that’s okay. I feel like watching him explained the things I’ve never understood about painting. I’m ready to give it a whirl in downtown Laurel on the next sunny day. 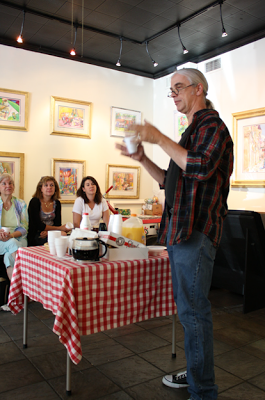 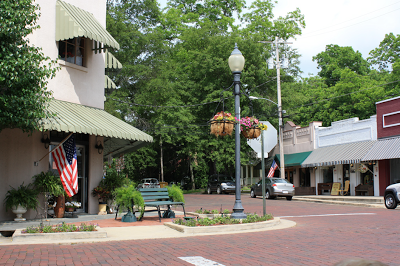 (the scene on Jefferson Street) 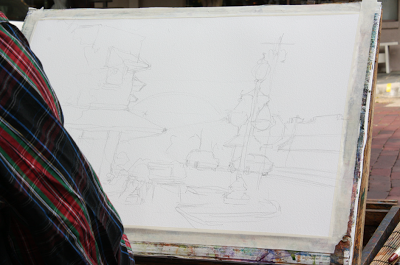 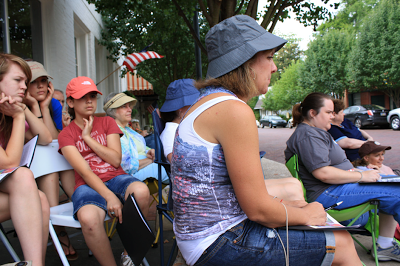 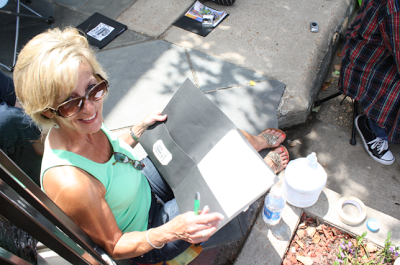 (Mama asking me to please not take her picture.) 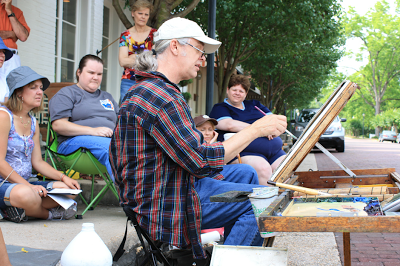 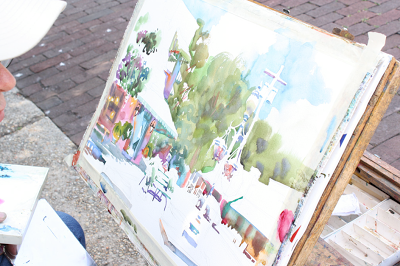 (after laying down the dark and mid-range colors) 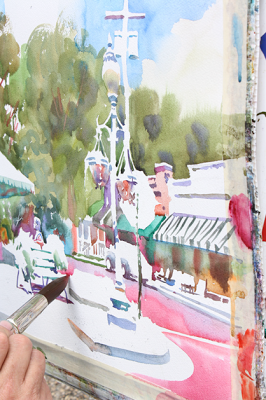 (The detail without detail! I can’t wrap my brain around it!) 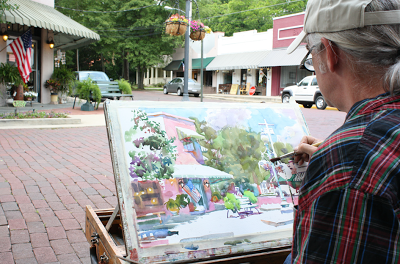 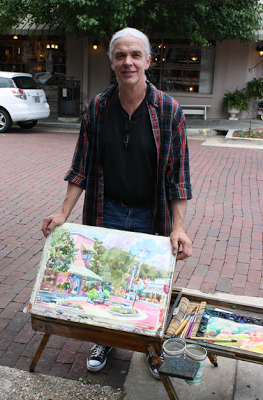 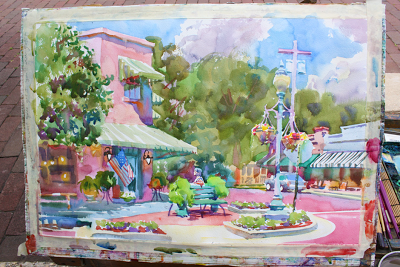 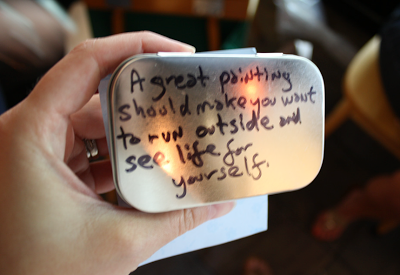 (Now it’s our turn and he gives us little sketch kits we can keep with his own words of advice.) 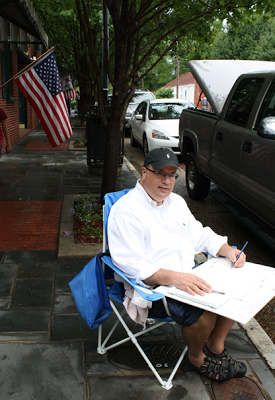 (Dr. Weber just before the bottom fell out.) 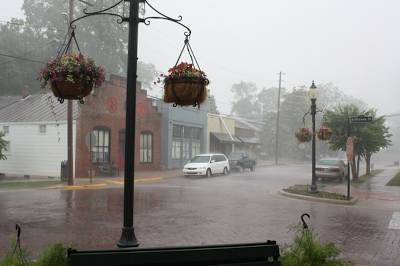 (Sadly, the end.)
I’m not sure today happened if not for these photos. I might even say it was life changing… a day spent with my mama that I will always hold dear.
Newer Post Older Post
Back to Journal