The patch ran for the first two weeks of October this year, and although Ben wasn’t in charge for the first time since he’s no longer the youth minister, he did volunteer to be the ordering and clean up person so today we spent an hour loading the leftover pumpkins in the truck. 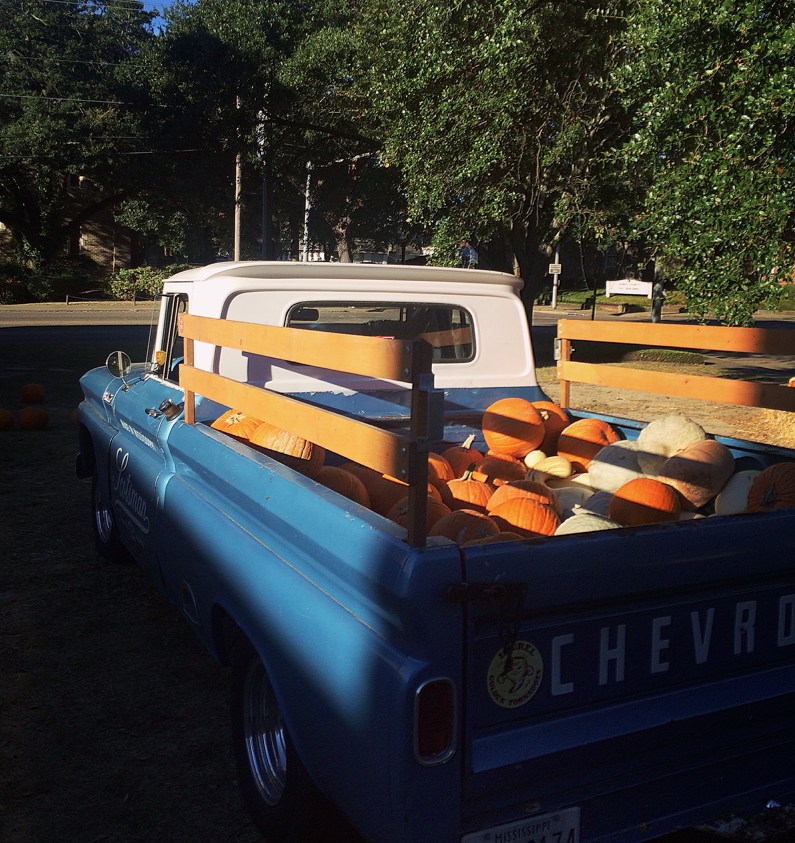 It’s silly, but I couldn’t help but feel a little gloomy for these, the reject pumpkins. They weren’t chosen because their stems were broken, or they had dirt caked on the side, or one side was too flat, or maybe it wasn’t the perfect shape for a jack-o-lantern. It made me want to adopt them all and put them on my porch somehow, but that would be insane, so if you would like to take home some free pumpkins and you see the Scotsman truck rolling around town, feel free to pluck them out for yourself. These guys aren’t so different from us weird people of the world, are they? And the weird people are usually the most creative and tell the best stories, don’t they?

Afterward, we had a church council meeting in which I made a suggestion that was well-received and made me feel like a bonafide grown up. It happens, occasionally.