As most days are that we spend at Ben’s parents’ house, it was a slow, quiet day on the farm with FRIGID winter weather all day. The wind was whistling around the eaves from beginning to end. We tried hanging out outside, Ben and Jesse shooting his bow for a while, but the cold wind beat us into the house eventually. The Ole Miss game was great since we beat the dress off of LSU, but the sunset stole the show for just a minute around half time: 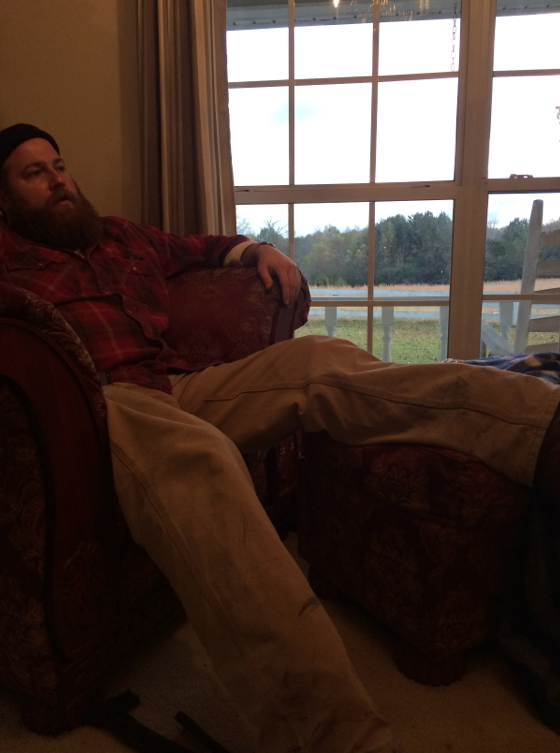 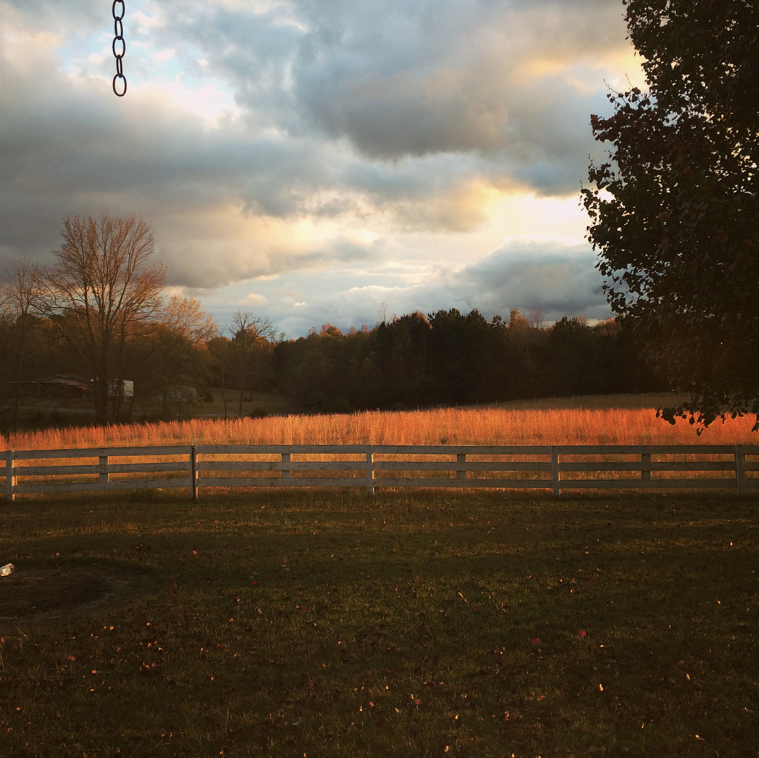 After the game we decided to head into town for a little date night. Jesse wanted to get out of the house so he came along with us and we strolled around the mall (because when there are Christmas lights and smells and sounds, it’s actually a fun thing to do): 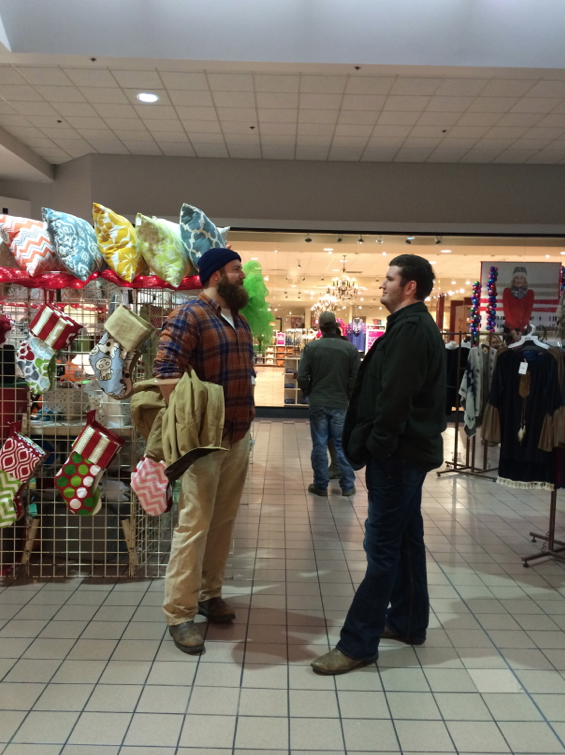 Then we got dinner at Harvey’s, which I’ve always heard was delicious but had never tried until tonight. 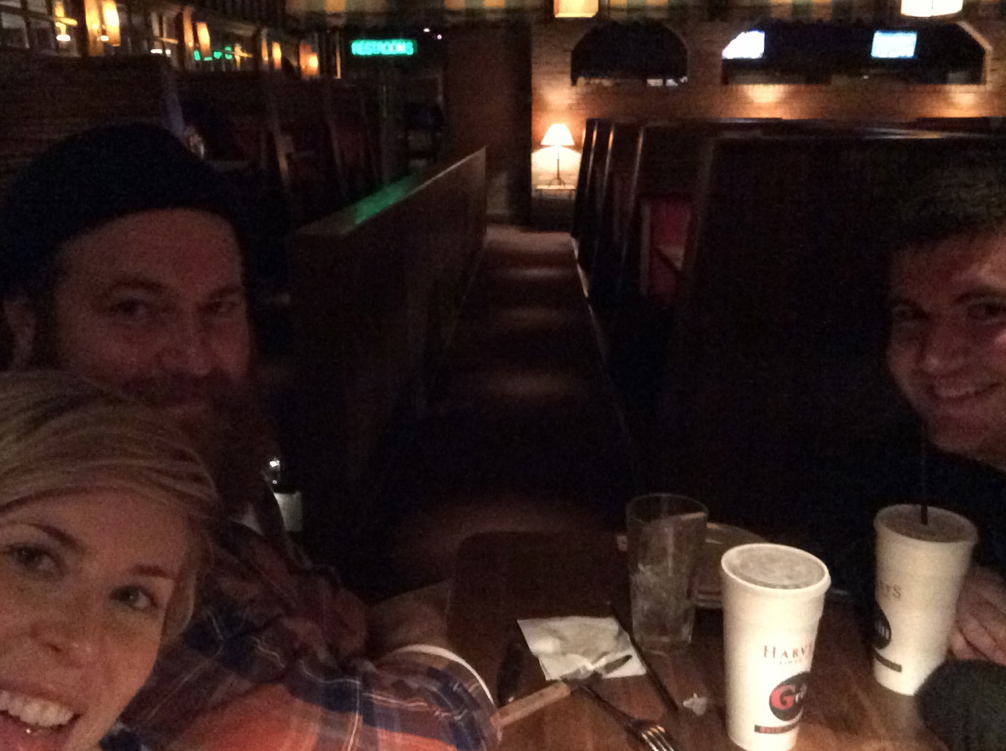 Tomorrow is our 7th wedding anniversary! I can’t believe I’ve been a Napier for 2,555 days of my life. I’m not sure what we’ll be getting into since it falls on Thanksgiving week and we’re visiting family, but I just betcha we’ll find some adventure.

And finally… Guess what? Ben won the Duluth Trading Co. Paul Bunyan search! He’ll be getting some nice new clothes and gift cards, nothing too crazy, but man he’s feeling cool right about now thanks to you for voting and getting their judge’s attention. Y’all are the best, friends!

P.S.—Self-proclaimed mascot? Ask the City of Laurel about that!