On this, the anniversary of the day Ben and I had our first kiss after our first “date,” we went to our old alma mater, to the student union for lunch. We ate lunch with Mary Hannah, one of our precious former youth who’s now a college girl and over the years has become like a family member to us. 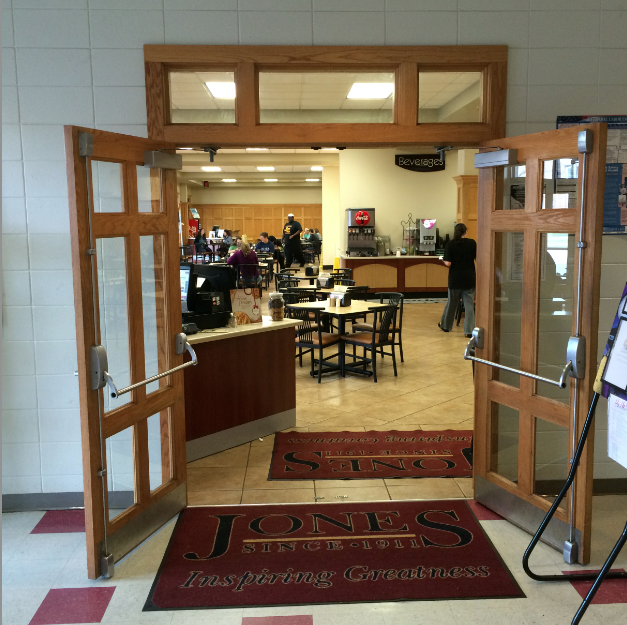 While we were eating, Mrs. Sonya, who was like Ben’s surrogate mama during our time at Jones, wandered in from a faculty meeting and we shared big hugs and talked about how it’s Love Week and we always come back, and she told us the sad news that yearbook was no longer just upstairs anymore, but it had moved to a different building on campus. It was such a special place to us, that room where I was learning how to be a design professional, learning how to use typography, how to be who I would be someday, the very yearbook that made sure Ben and I found each other. She told us it would soon be turned into a banquet hall, and it broke my heart a little bit. Naturally, we went upstairs as soon as we’d finished eating. This is the spot where he said, “Two arms, please,” and took me into his arms. The very spot where we started being “we.” In classroom 235. 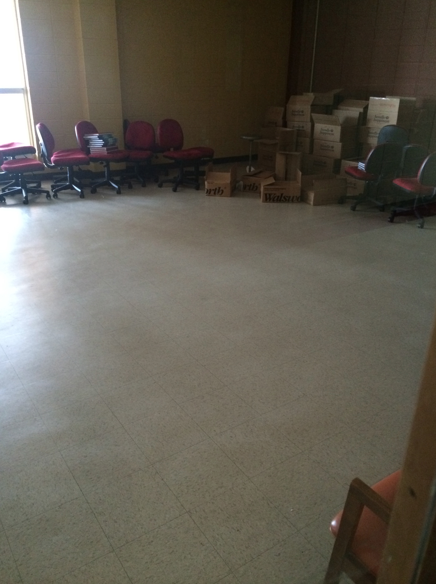 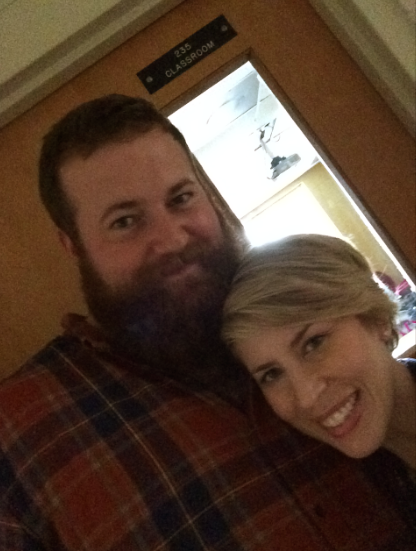 It felt good to be there again. I don’t know why we’re so sentimental, but I know that it feels good to give in to it. To go to the places where you were young, and remember that you’re still the very same person no matter how much time passes. Nothing changes, really. 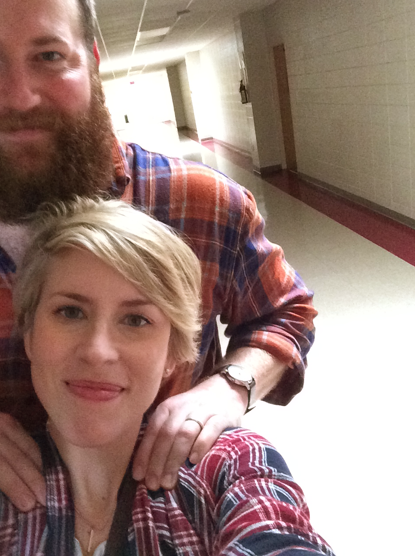 After our trip down memory lane, we headed south to the coast to meet up with Sam and Lyn at a conference Jim’s dad, my uncle Danny, was having for his company… Because Ben was hired to play a secret service agent (never you mind the beard!) for John Morgan, an actor who is a professional George W. Bush impersonator. He’s the most famous in the world who even knows the president personally and has shared events with he and the First Lady, and I have to tell you… It’s pretty shocking to meet him in person even when you know 100% it’s not who he looks like. His voice and mannerisms and looks are so exact, it’s remarkable. 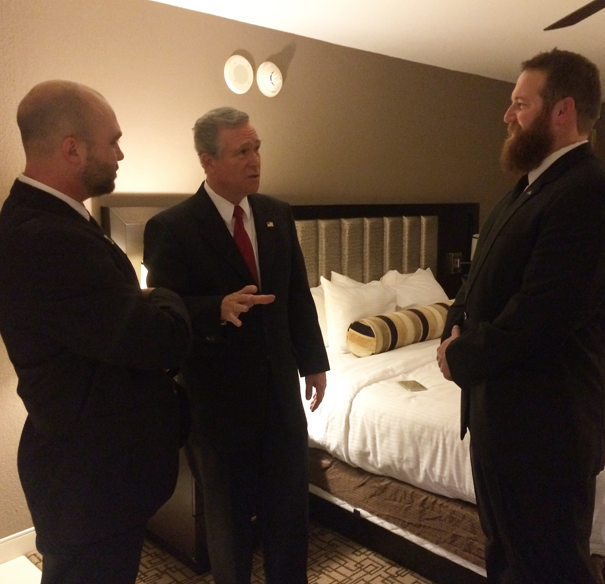 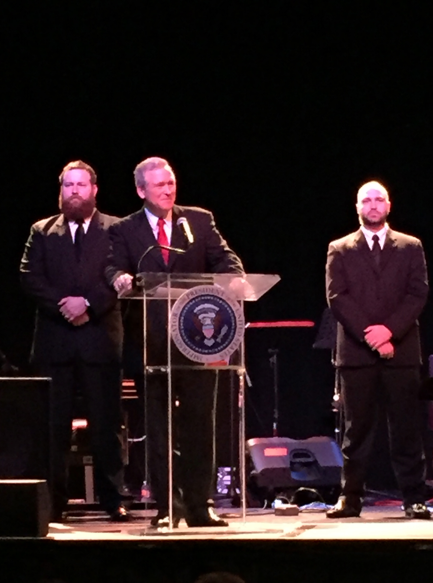 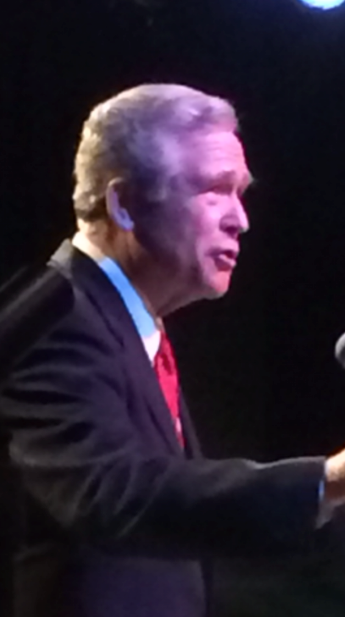 When people were seeing him walking through the hotel lobby with his “agents,” they were FLIPPING OUT. He goes along with it and is just as graceful as I hope a real POTUS would be, then he never tells them who he is, he just gives them all his card: 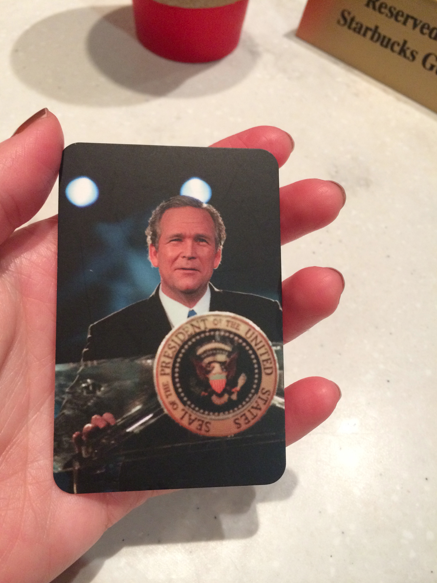 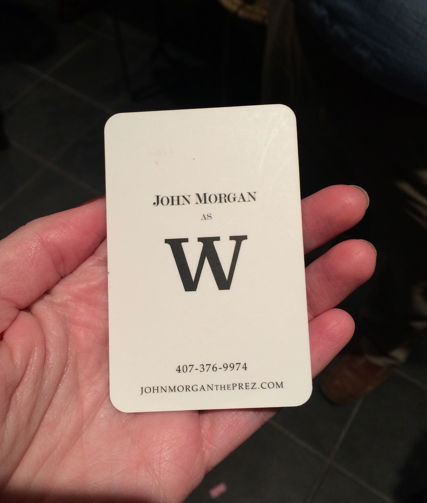 When I texted Lisa a picture, she said “It’s silly, but I swear I feel safer in the world knowing Ben’s out there being a pretend secret service agent/lumberjack.” I sent this picture to my mama and we got a good kick out of it. That paperclip! 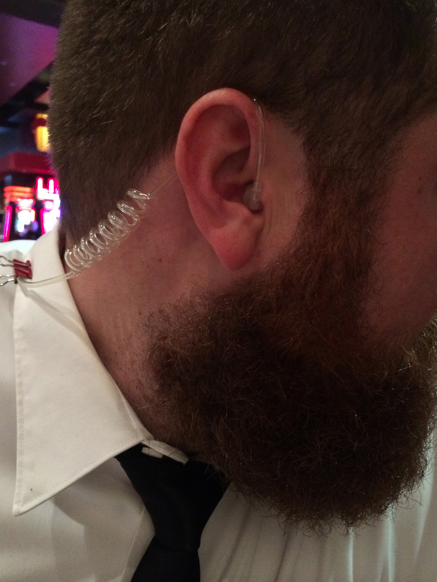 Lyn and I were guarding The Presidential Cowboy Hat for a while: 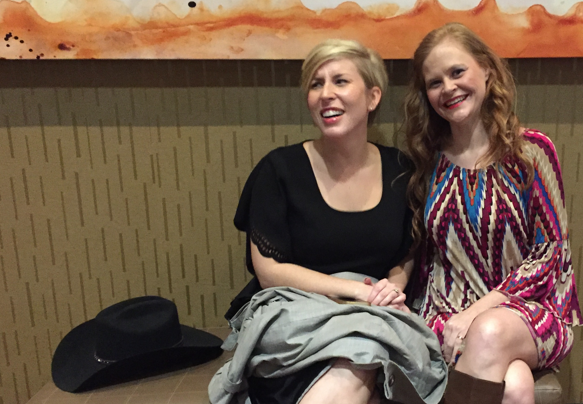 Mal and I were definitely not too cool to get our picture made with him. 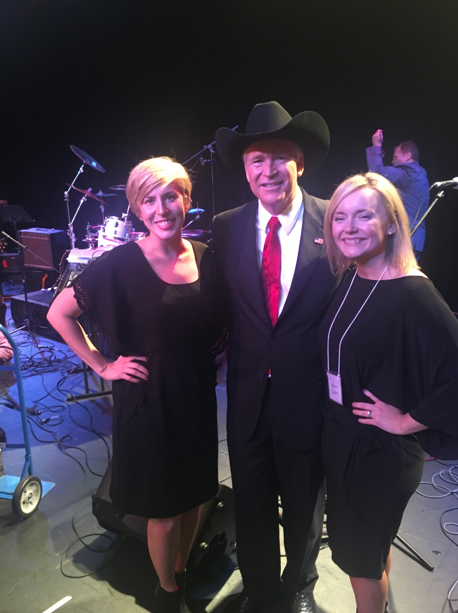 It was a funny way to spend a Thursday night.

P.S.
Guess what? We got that phone call we were waiting on. And it was the great news we had hoped for. I promise friend, we’re thisclose to telling you everything. God is so good, all the time.