After a big breakfast at Flour Bakery, we headed to the South End to do a little vintage shopping and came away with 3 vintage American flags, 1 oil portrait, 1 vintage letterman sweater with the letter ‘L’ on the chest for a Mercantile fall display… 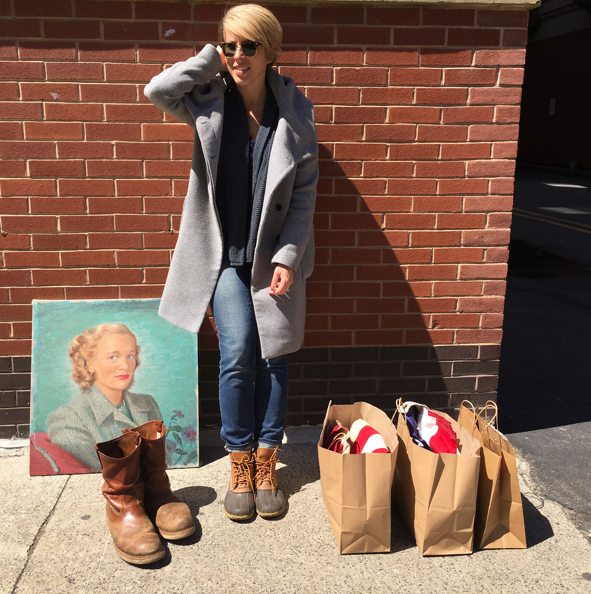 Then we stepped into Bobby from Boston, our FAVORITE shop in all of Boston that we discovered on our trip way back in 2011 that somehow, even longtime New Englanders haven’t heard of. He was a colleague and mentor to Ralph Lauren on the aesthetic of his stores, and is a huge influence on my personal design style, too. It’s a men’s vintage store with a few things for women, but it’s such an experience! Ben came away with a pair of barely-used size 14 L.L. Bean boots that fit like a dream and a set of gold tuxedo buttons, but I found an old Dooney and Bourke purse that reminds me of the one my mama carried when I was a kid. It was a sum total of $140. 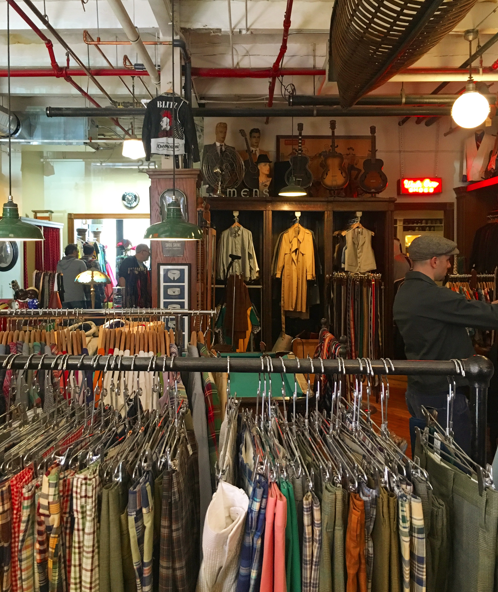 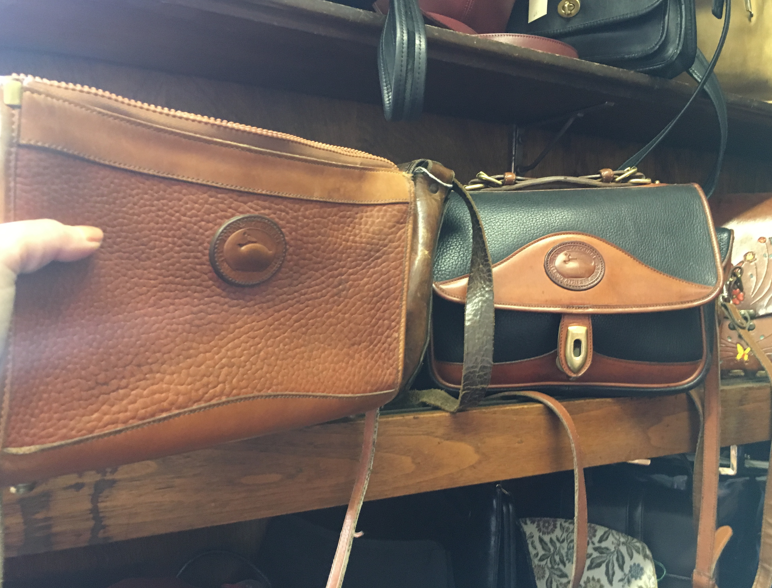 Then we set out on the Freedom Trail like good tourists and walked every. Inch. Of it. Ben was in heaven, telling me the significance of every single stop. This balcony is where the Declaration of Independence was read for the first time to the crowd below in 1776. Ben looks hunky, and it’s my favorite photo all day: 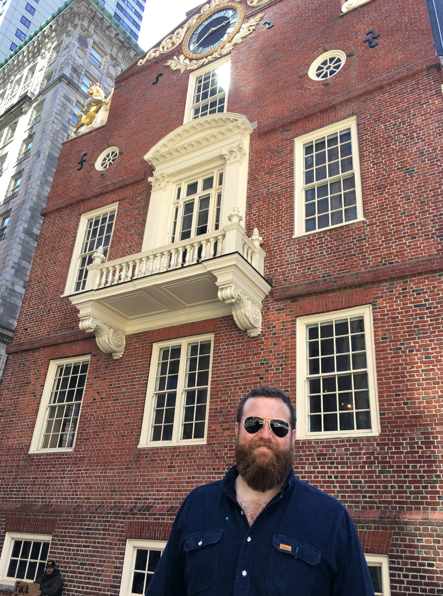 We followed that red brick stripe for nearly 4 miles all through Boston and across the river to Charlestowne. 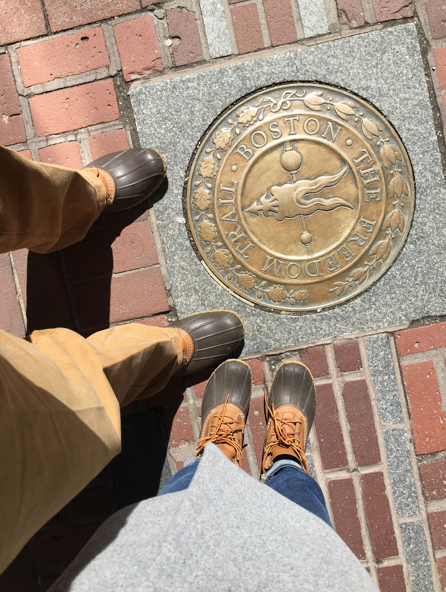 But my favorite thing we saw was the Old North Church. In that steeple, they hung the lanterns that told the city how the British were invading: “one if by land, two if by sea.” Then Paul Revere set out on his midnight ride to tell everyone in the countryside. We learned he wouldn’t have actually said, “The British are coming,” because everyone was British anyway. He would’ve said, “The regulars are coming!” I never knew so much I learned today. 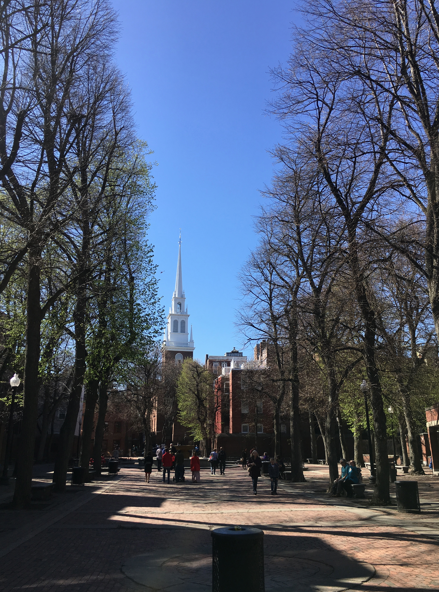 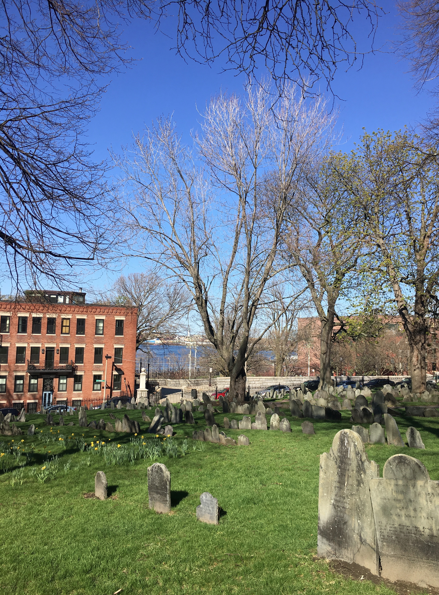 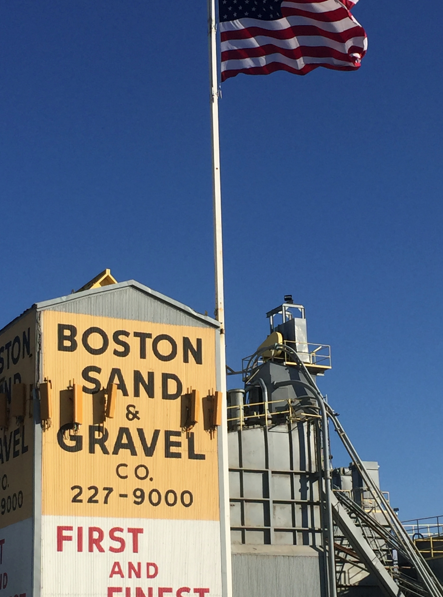 After we finished the trail, we had planned a little get together with our instagram friends who love Home Town, and we got to hug their necks on the steps in Boston Common right outside the State House. 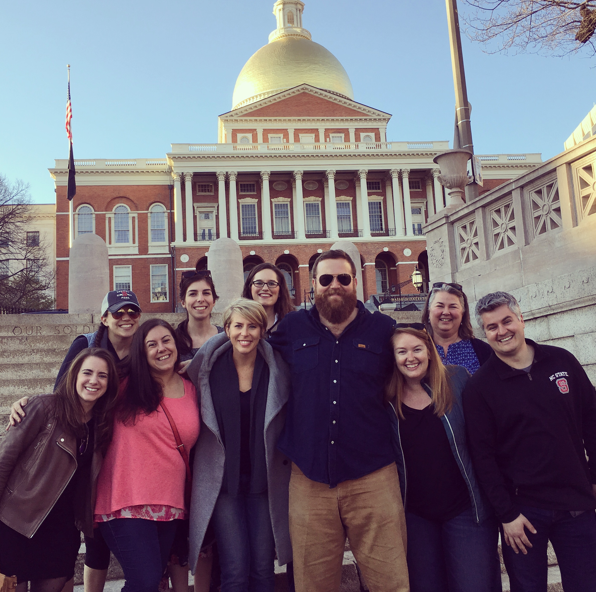 One person missing from the photo is Kenneth, a friend of mine from high school who now lives here and offered to take the group picture. The world is tiny, all over again. 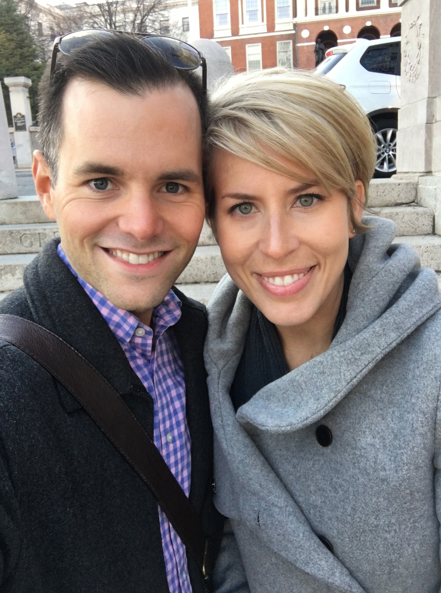 And upon Micah’s recommendation we had dinner at an old French restaurant right near Boston Common called Marliave. I had a bowl of French onion soup that warmed my bones and made this awful head cold feel much better. 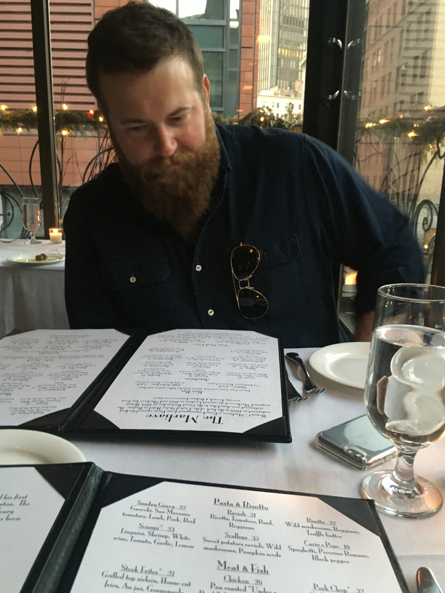 Oh man, Boston. You wore me out today. But I like you.