We woke up to blue skies and cool breezes in Santa Barbara this morning because I’ve been in love with the town in It’s Complicated for so many years and I never thought we’d have the opportunity to visit otherwise, so we just went for it late last night and made it to the Spanish Garden Inn around midnight. This is the most delightful place I’ve ever stayed on a trip in my life, with scarlet begonias climbing the walls around the courtyard, and fairy lights strung amongst colorful patio umbrellas and tiled water fountains. 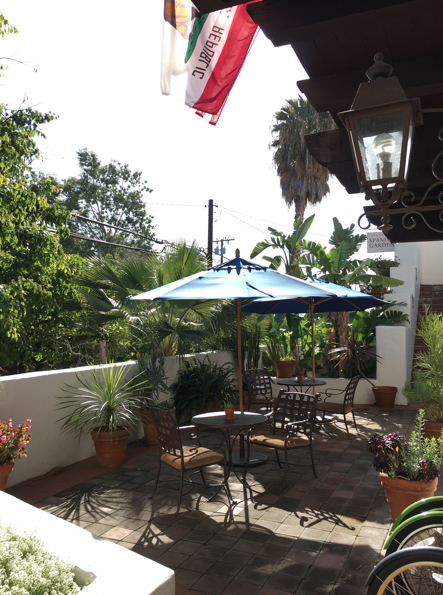 This city reminds me for the world of St. Augustine, our favorite old Florida town, which is so nice since we probably won’t get to make a trip there this year.

We set out on bicycles, on the hunt for the best breakfast (which wound up being Jeannine’s Bakery): 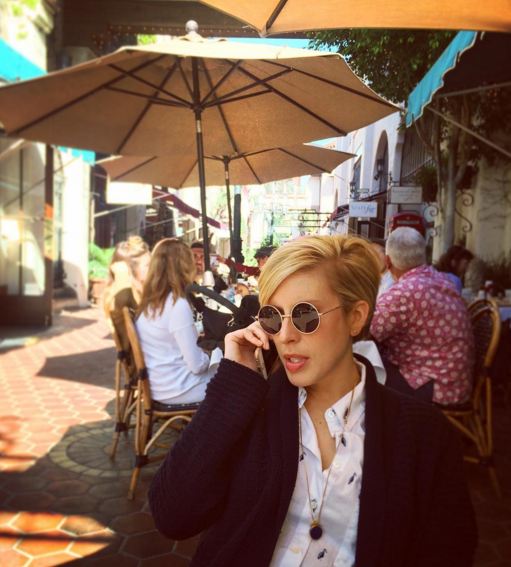 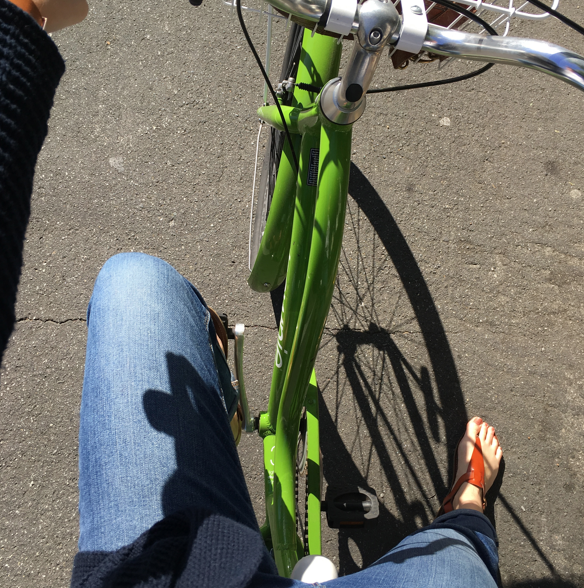 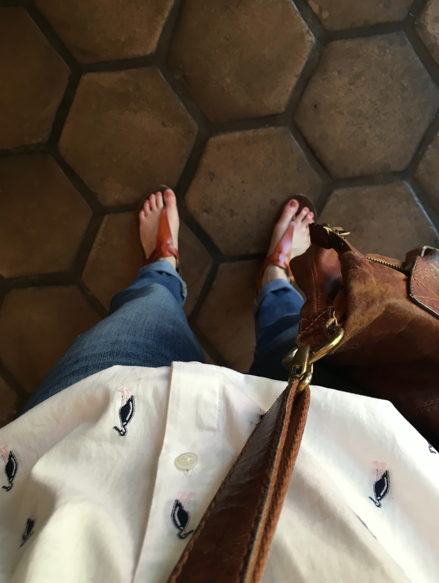 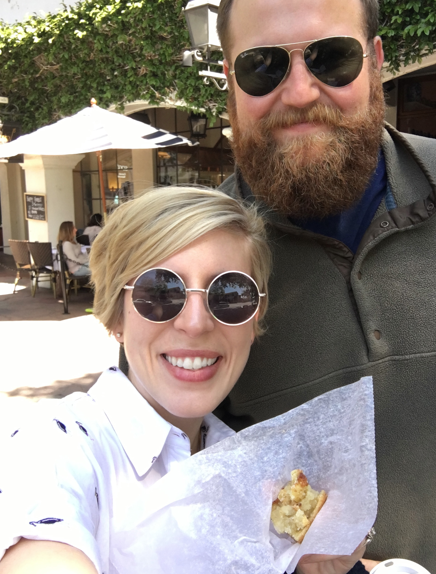 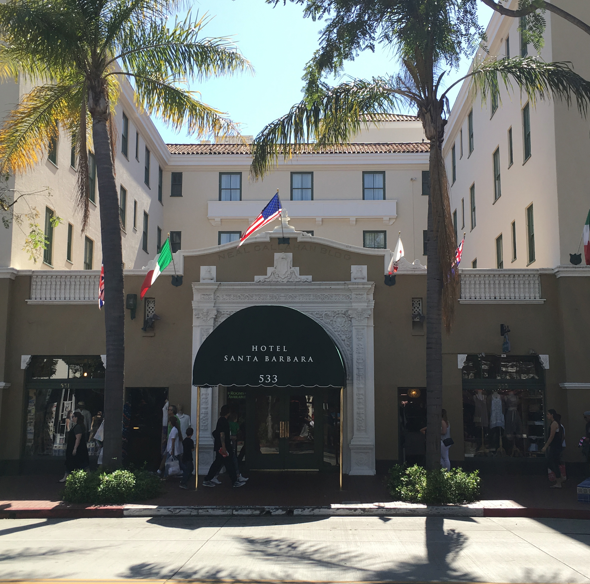 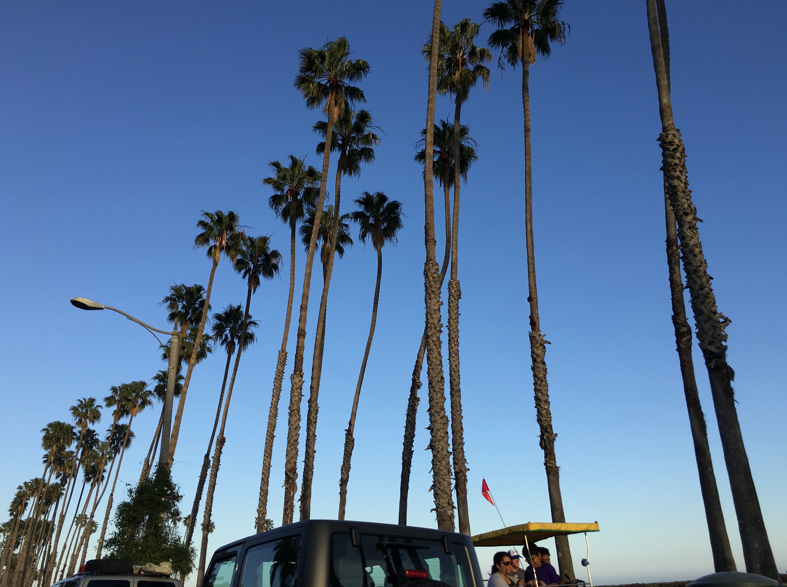 Later, we went searching for the best taqueria (Mony’s, per Josh and Anne): 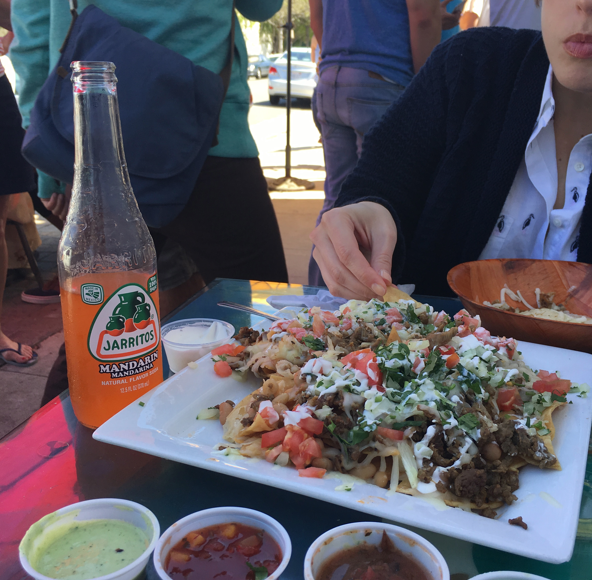 Then we hopped in a rented convertible and drove to the top of the mountain just outside of downtown Santa Barbara. It absolutely stole my breath and scared me to death to see so much beauty from up above. 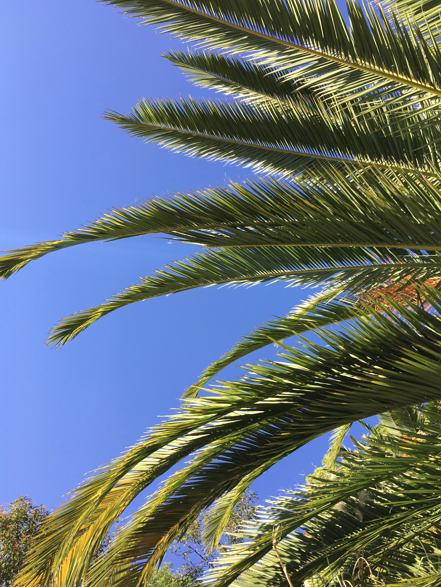 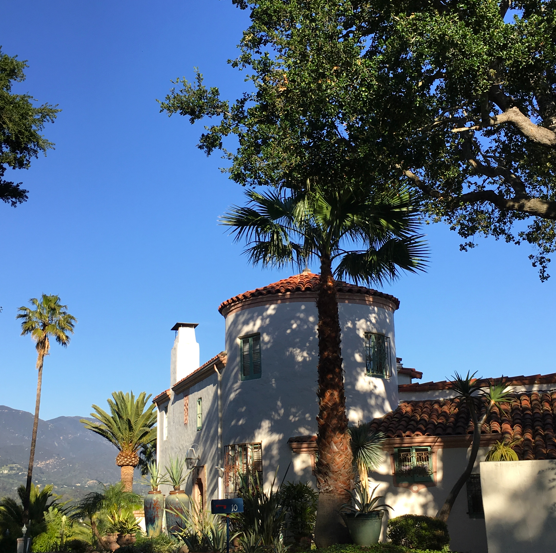 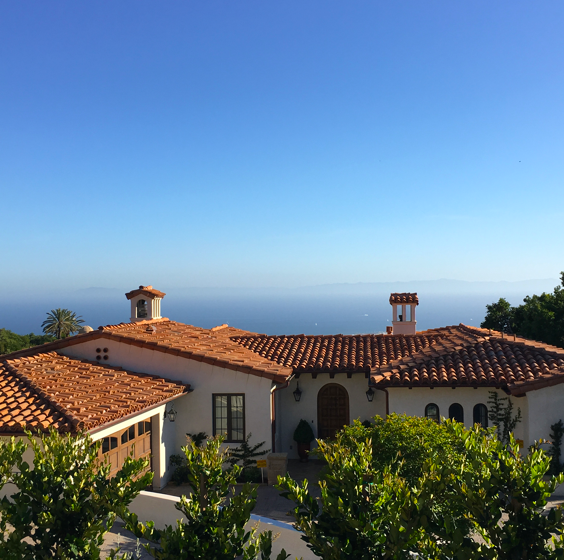 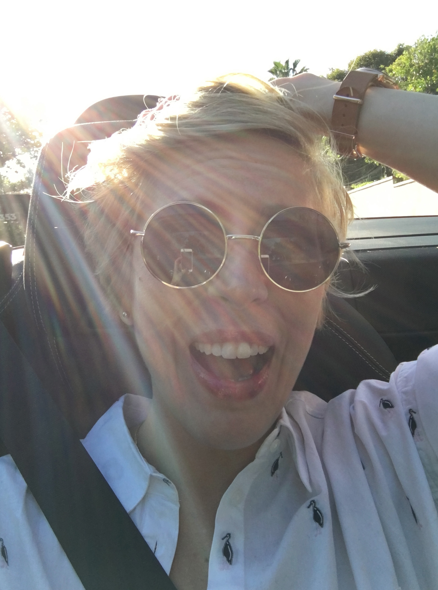 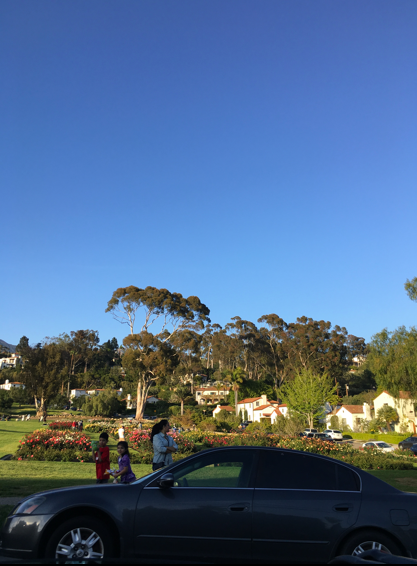 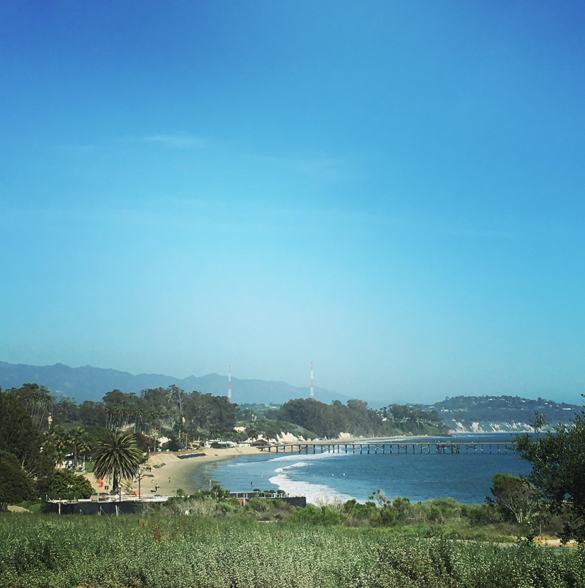 For dinner, we had Italian at Ca’Dario where Ben had to wear an undershirt because the laundromat gave his clothes to strangers who live an hour away. But we had reservations, so… 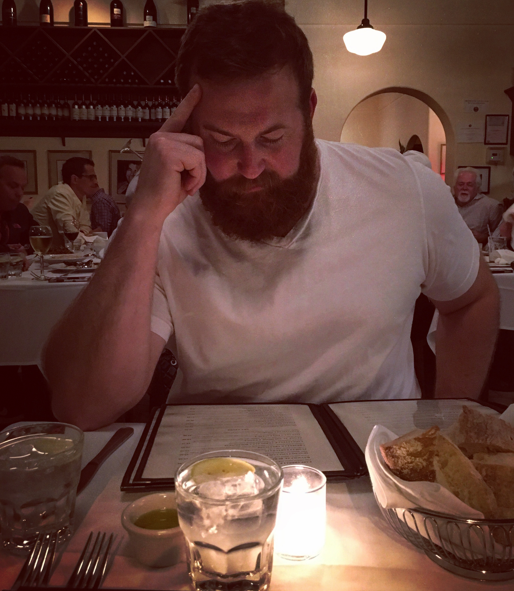 I’ve been so charmed by this seaside city, by how clean the air feels, by the smells and the feeling of it that make it easy to see why they film so many movies here.

For now, I’m barely awake and we’ve got an early morning in a few hours. Goodnight, dear reader!