I woke up this morning and decided “Today, I will cook.” The stars align such that it’s a priority for me not nearly as often as I would like, but today was one of those days. And I worked for it too–going to Kroger in a flood that would merit use of a kayak, where a man made fun of my “overkill” rain boots and I responded with a stare as if he was from another planet while the rain came down in sheets so hard I couldn’t make out the cars in the parking lot.

It was a simple meal, just roasted chicken, sausage, vegetables and Paula Deen’s mac and cheese, but it felt good to take my time in the kitchen and make something that would stick to our bones. 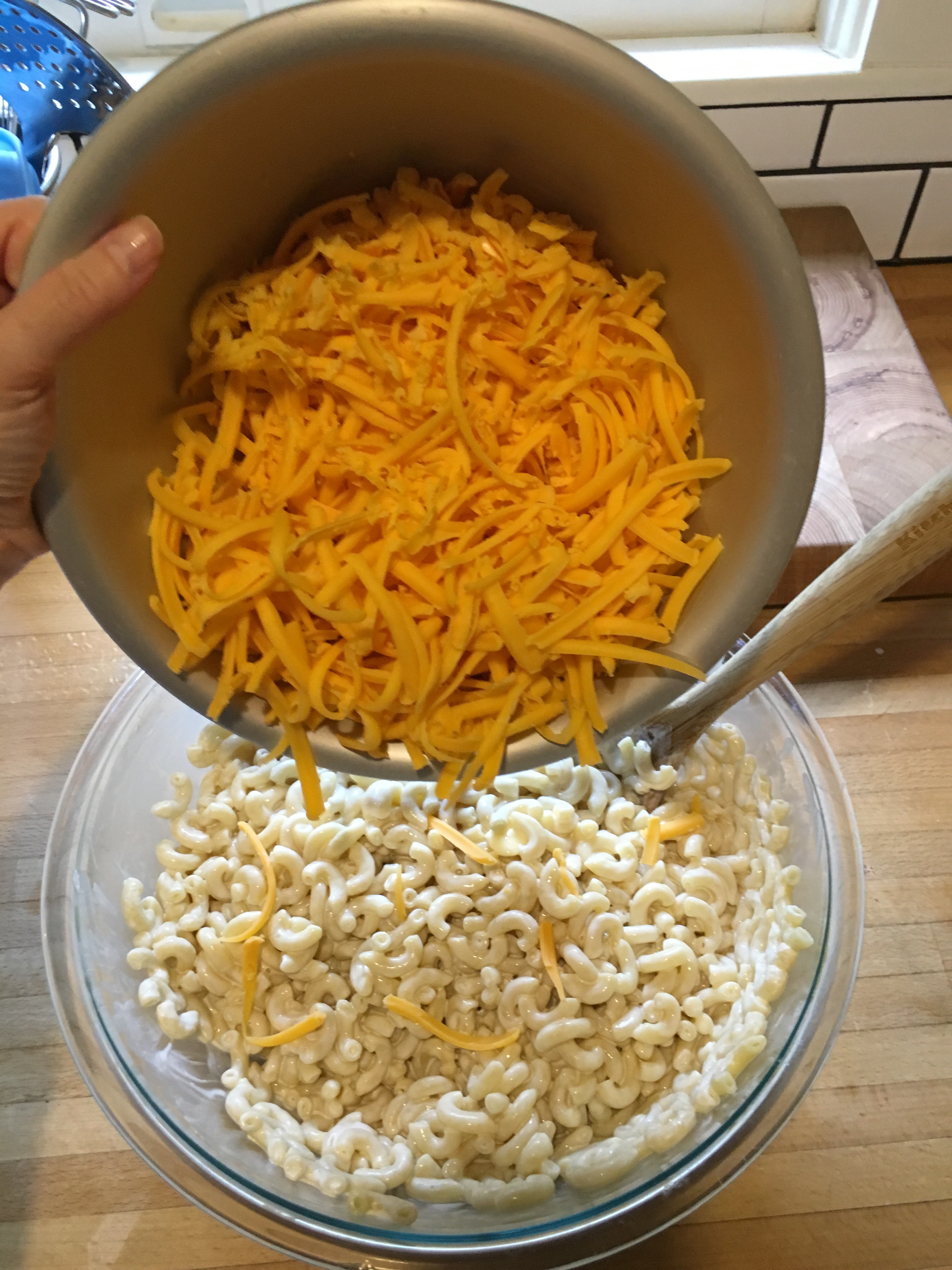 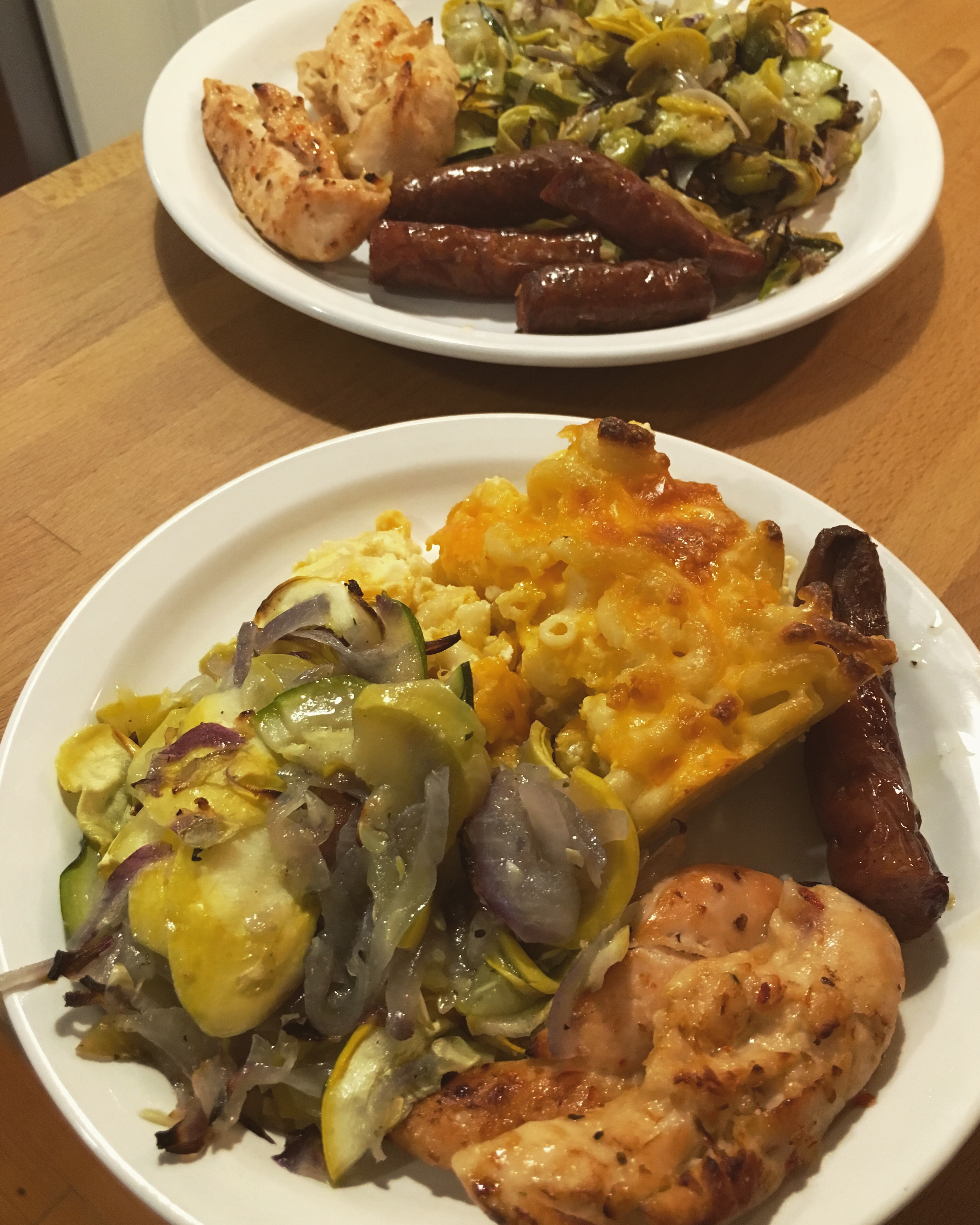