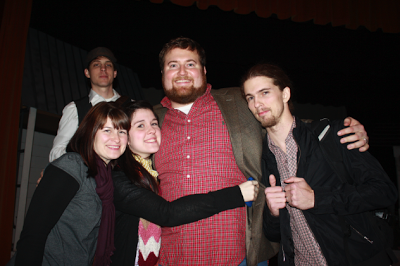 Lots of our downtown friends and neighbors have been a part of To Kill A Mockingbird at Laurel Little Theatre, and we (fortunately) got seats to the once again sold-out show for tonight. 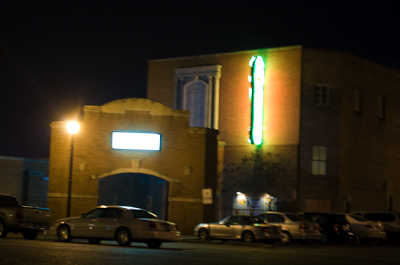 I never read the book, but lucky for me the girl I met who was sitting next to us knew all about it. We got to talking during the intermission and it turns out she’s new to the area and is hoping to make some friends. I love meeting new people, mostly because I’m actually quite shy and self-conscious in that situation and I’m trying so hard to be more like Ben, who never meets a stranger.
Our friends Jennifer and Adam directed it and we were crazy impressed with the awesome set design. It looked like a little neighborhood of shotgun houses, but what the audience can’t see is that it was foam core, cardboard and glue mostly. We weren’t allowed to take pictures during the show, but I did sneak this one of our friend George as Atticus Finch: 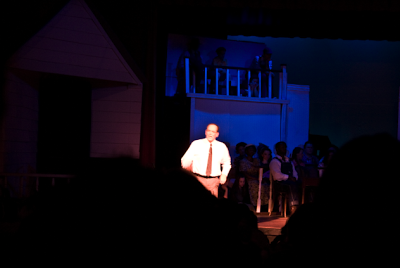 Afterward, we got to see some of our friends who’ve been MIA since the play rehearsals began a couple months ago. We knocked around the set marveling at their handiwork. 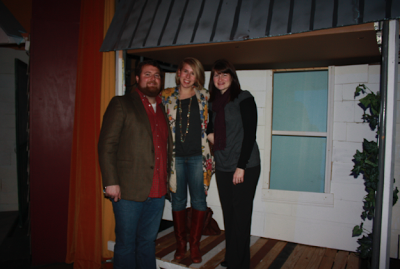 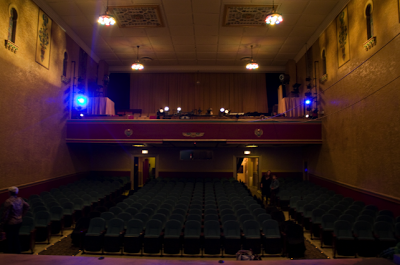 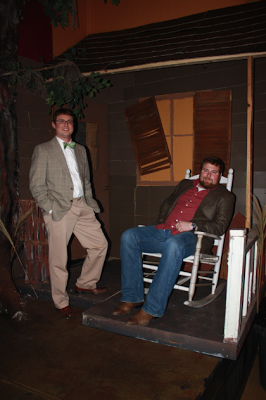