Ben and I are a part of Laurel Main Street, the downtown revitalization organization for our city. This summer we’ll be having a car show and pie festival (of course I’ll be blogging those topics heavily in the future), and naturally I was put on the promotion committee (read: posters). I think in order to do this pie festival justice, one of my dinky illustrations wouldn’t cut it. We need something colorful, something southern, something that screams flavor and Americana, something by Wyatt Waters. 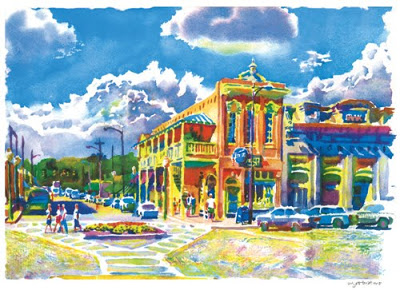 (cover of An Oxford Sketchbook by Wyatt Waters)

He is the end all, be all of watercolor painting as far as I am concerned, and if you’ve ever seen An Oxford Sketchbook or one of his cookbook collaborations with Robert St. John sitting on a bookshelf, I bet you were immediately attracted to his work. Just seeing his paintings of food from Southern Seasons gives me the instant mouth waters, so I got up the nerve to call his gallery this morning and ask just what I had to do to get one of his paintings for our poster.

His daughter manages the gallery, and she answered the phone and said “I’m not really sure, let me just let you talk to him.” And then, just like that, I was having a conversation with my all-time favorite painter. I swear, y’all. He’s nice as pie. We chatted for 15 minutes, and as it turns out he’s visited many times and loves our little city too and is very interested in being apart of the pie festival. I was so starstruck, you just have no idea. I thought for sure I would just leave a voice mail with his gallery or something, I never expected him to ask questions about me, my work and where I went to school (obviously, he has a soft spot for Oxford too). Tonight as I sleep, I bet I’ll be dreaming of taking a workshop with him. Oh how I wish to paint like this: 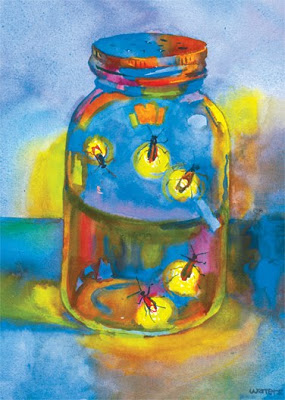 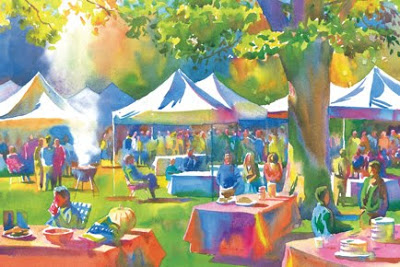 (my beloved Grove at Ole Miss from An Oxford Sketchbook)