This morning, we flew out of Gulfport for beautiful Massachusetts.

Let me explain something here.

Since I was old enough to appreciate autumn, I’ve been completely in love with the idea of New England. For reference, see my pinterest album on the topic. I think seeing the hokey Disney Halloween movies always set in the idyllic neighborhoods with saltbox cottages and maple leaves swirling put this fantasy in my head that I’ve never been able to get over. 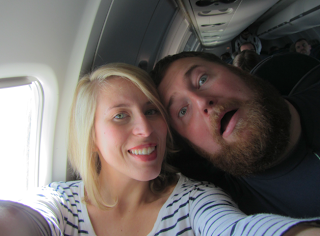 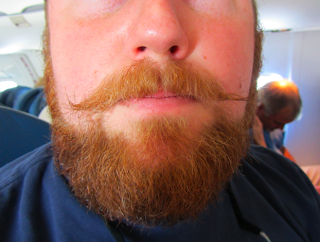 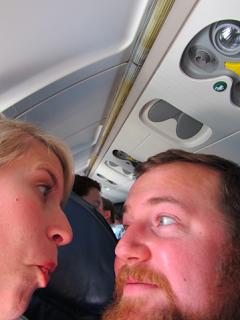 Flying into the Albany, NY airport, 45 miles from our destination: 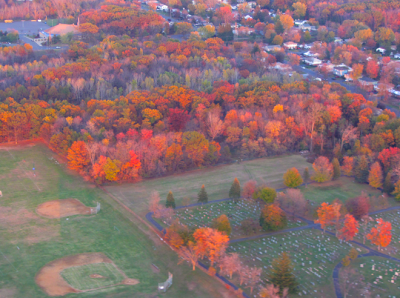 Stop #1: The Red Lion Inn, Stockbridge, Mass.
This was Norman Rockwell’s tee-tiny adopted hometown (an honest-to-goodness village) which he often painted, located in the picturesque Berkshire mountains. It is home to one of the greatest inns in the area, built in 1773. Since November has arrived, we had a Thanksgiving-style dinner in the Red Lion tavern.

Driving in in our rented Camero SS. Ben was beside himself: 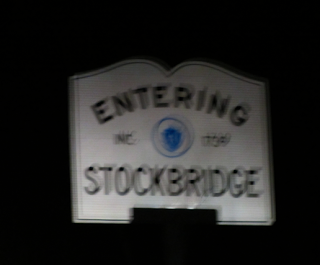 Our accommodations for the night: 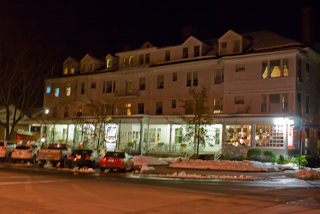 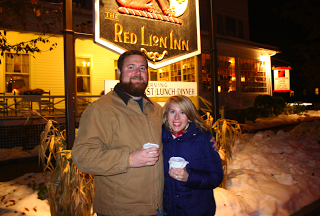 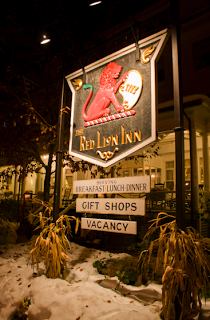 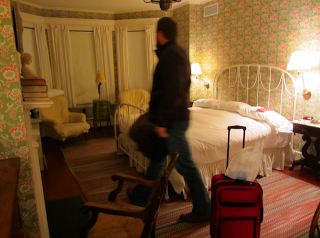 King size down bed, creaky hardwood floors, a fire in the fireplace, beadboard walls in the bathroom, great classic literature on the nightstands and mantle, free wireless internet to keep me blogging and in the 21st century.
Dinner in the inn’s tavern: 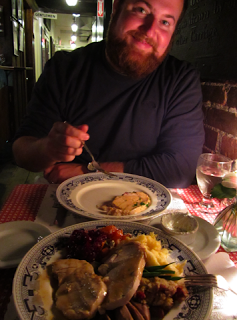 We had cheddar, sausage and ale soup for an appetizer, then roasted turkey breast with gravy, mashed potatoes, dressing with cranberries, sweet potato casserole, steamed green beans, and fresh cranberry sauce. It was so divine. 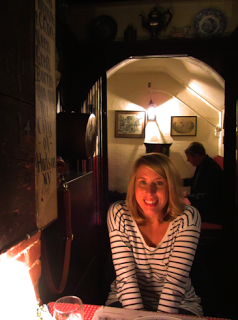 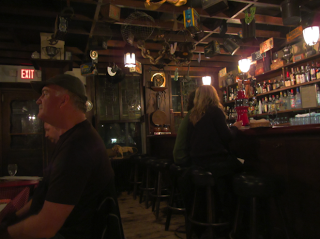 The tavern is dark, haunting and cozily lit by lanternlight. It felt like George Washington might have been seated at the next table. 5 presidents have stayed here in the inn, along with John Wayne, Nathaniel Hawthorne and Bob Dylan among others. After dinner, they served us hot apple cider with orange slices to go and we took a very brisk walk around the square to see the town. It was completely dead at 9 pm. This is no tourist town, and that’s exactly how I like it.

Every year, the inn puts the two largest prize-winning local pumpkins on display at the entrance. This whopper is 1,297 lbs. 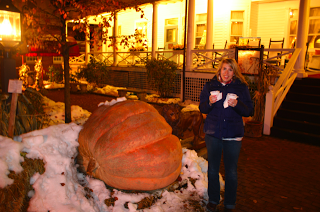 Just a few days ago there came a Nor’easter dropping blankets of snow all over New England. There is snow piled in the yards and along the roads, but the fiery red and gold foliage seems to be hanging in there. I’m SO excited to see more of it on our drive along the Mohawk Trail to Newburyport tomorrow!
I don’t think I’ve ever been able to wear these pajamas without feeling silly in our upper-70s December cool snaps. Tonight, it felt perfectly appropriate. 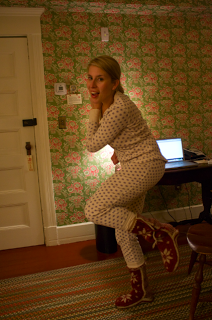 Now we are turning out the lamps and leaving the fire going for a good night’s sleep. God is so good. 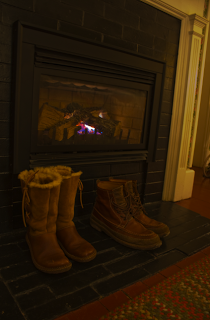