It’s been a while since I had enough time in the day to take 2 long walks, but I’m finding that by getting another huge dog, I can walk them separately and thus get twice the exercise while training them both. Turns out that while Chevy is the most obedient, Baker is the best walker. 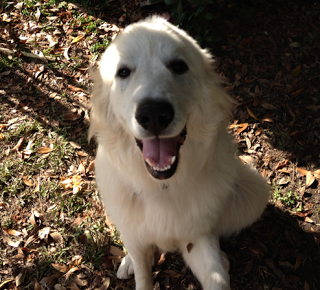 He’s fattening up and seems to be happy as a lark to be a city dog now.

He walks continuously with very little sniffing, which means we can jog and take the long route instead of just the block. 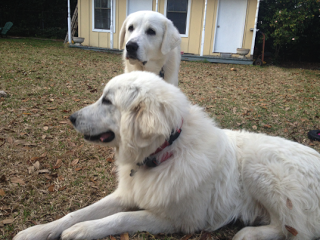 I couldn’t get them to hold it for a picture, but they’ve started doing this thing where they pet each other when we’re petting them. It’s the cutest thing I’ve ever seen.

The weather made spending the day outside absolutely magical. I don’t care if it’s never cold again—having spring in January and February is just fine with me.