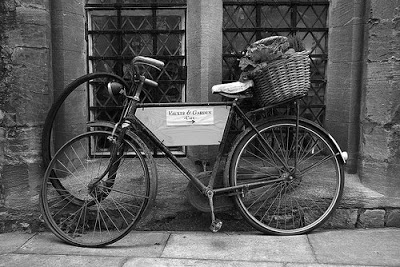 For the first time in a VERY long time, we climbed on to bicycles and took a ride. The weather was just so perfect — and I’m growing bored with our walking paths, so we decided to borrow some bikes for the afternoon and try something new. Our historic district is much hillier than I recalled on foot, so it was a pretty taxing ride for these weak legs of mine. We rode a little over 6 miles total, enough to leave my bottom bruised and my back aching… But it was pure exhilaration speeding down the hills, in and out of the shade of the trees, feeling bursts of cool then warm wind rushing through every strand of my hair until it felt like I could take flight. Oh man… it’s been a really long time since I rode bikes.

In other news, Ben found all of his favorite memories under the bed in the guest bedroom yesterday and I forgot to show you what we found. He’s had this old cardboard boot box for several years and I never realized what it held — old photos: 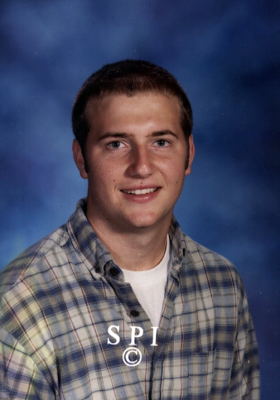 the tiny silver cross he kept in his wallet since junior high, a lapel button with his basketball number on it, lots of Duke basketball memorabilia, and best of all, every birthday or holiday card we exchanged since our first days of dating. I just have to share my favorite one of all, a card from our first Valentine’s Day (after 2 months of dating) and possibly THE funniest card I’ve ever read: 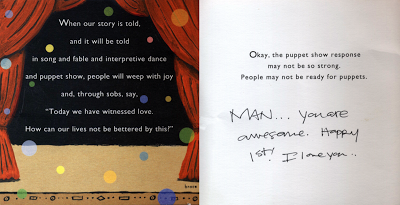 I can hear you gasping with laughter right now. Well maybe not, but I was.