1. Ben got me a flower box and put it right outside the kitchen window where I can pluck basil, mint and rosemary for cooking. How nifty is that? 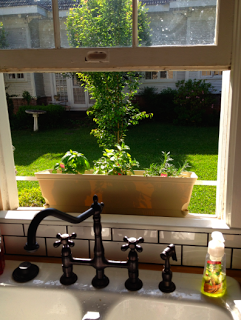 2. The roses we planted in January are blooming! 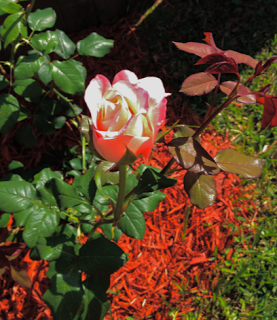 Now it’s time for gratuitous photos of our great pyrenees pups because it’s been a while and they were being insanely lovable today. 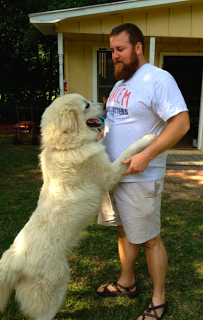 Baker has learned a new trick. When he’s not seen me in a while, he gives me hugs. He doesn’t push me, he just teeters on his bottom and uses his front arms to hug. It’s the cutest thing I’ve EVER seen. And he just holds it. Forever. Until I walk off and then he sticks by my side until I’m standing still again and it’s hug time again. 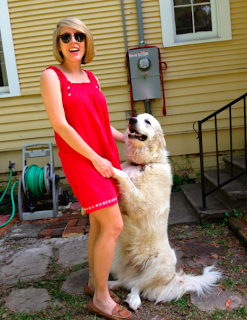 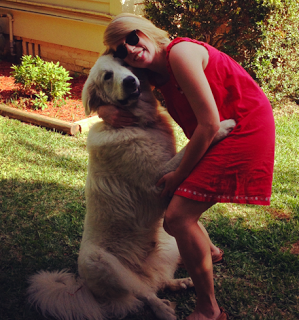 I mean… He’s crazy about it. 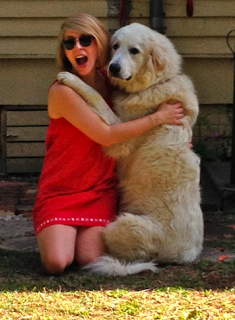 Chevy doesn’t go for hugs, but instead for hand holding. If I stop petting him for one second, he’s petting my leg to get my attention, then we hold hands until he’s satisfied. Just as endearing as hugs, but less showy. Cause that’s Chevy’s style. He’s not an attention hog. 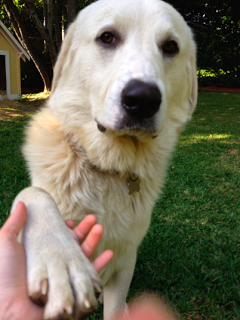 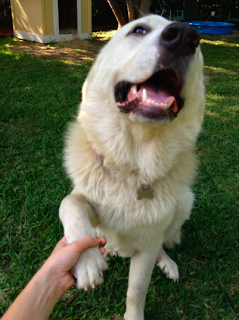 I sat in the grass to watch Ben and Baker playing football, and Chevy wanted to keep on holding hands. So we sat like this for a while and watched. 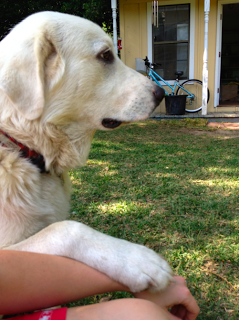 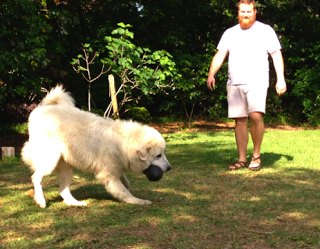 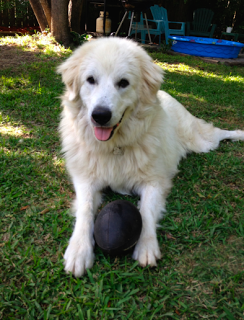 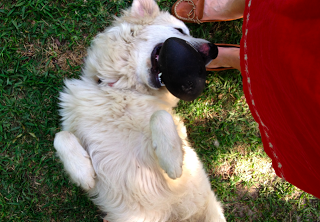 Chevy normally plays football with him, but he was lazy today. 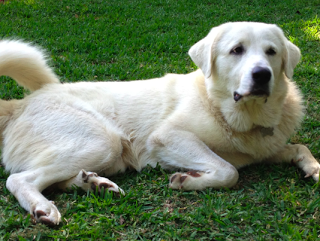 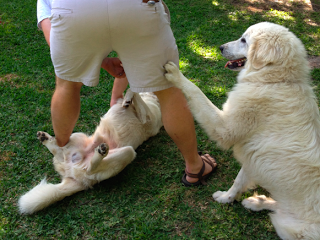 Pretty sure they have ‘BFF’ necklaces under their collars. It’s a heart that’s broken in half and they each have a piece. They love each other. They high five each other. And neither of them are neutered. Isn’t that bizarre? 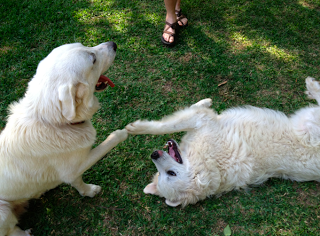 Anyway, I guess I’m those people who obsess about their dogs. Ugh. But in my defense, Hope and Mallorie and Mama have become those people too.
But they’re still not coming inside.
Newer Post Older Post
Back to Journal