On February 21, 2012, I purchased the Belgian linen striped duvet and sham set from Restoration Hardware on deep deep discount that I’d been pining over for months. I somehow happened to catch it on a 24 hour sale that had it marked down almost 50%.

I soon got an email telling me it was on backorder and I would receive my order in mid-March.

In mid-March I received an email that said I would receive it mid-April. At that point, I was glad that mama and I had made our makeshift interpretation of it with paint, a Target duvet, chalk lines and masking tape that I could move to the upstairs bedroom when the real one came in.

In mid-April I received an email that said I would receive it late-June.

In June, I sent an email and tried to strongarm them into free shipping when my mythological duvet was finally available. They obliged. Then they told me it would actually be late-September. 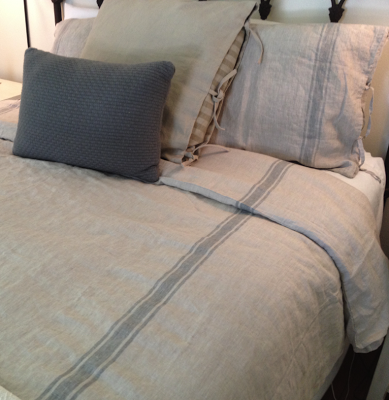 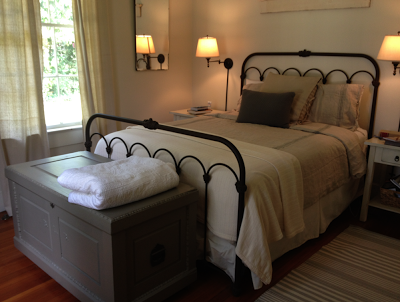 I just know it’s going to feel like we’re sleeping in Provence tonight under my French-inspired duvet.

I mean, probably not. It’ll probably feel like Laurel with Chevy howling intermittently at the train, but that’s lovely too.