It was actually chilly outside when we woke up! A bad storm pushed through during the night and left us with a beautiful fallish morning.

Since Ben was working in the patch, the dogs and I hung out after our morning run. 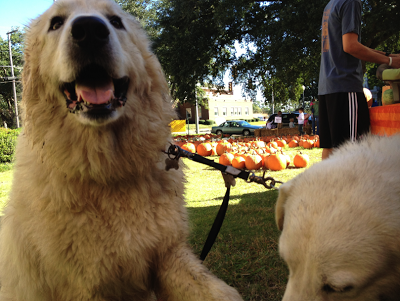 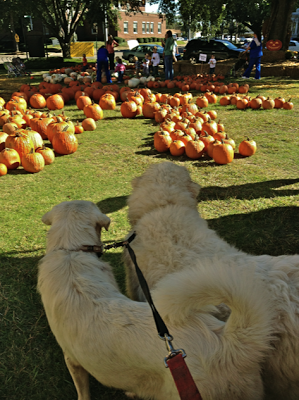 They wanted to be all up in the middle of those chirrens. Slobberin and smellin. 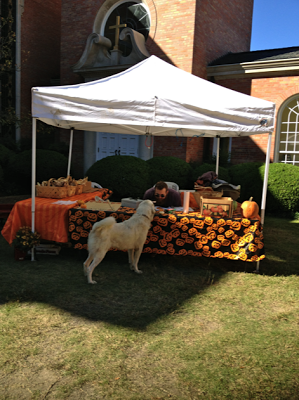 Yes, how much are the gourds? 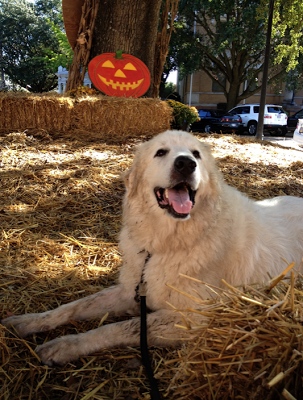 Penelope Graveman stopped by and I swear it’s like the dogs knew she was a fragile newborn. They were pretty rambunctious around all the people when we got there, but they approached her so cautiously and didn’t dare touch her little carrier or get close enough to sniff. Isn’t that interesting? 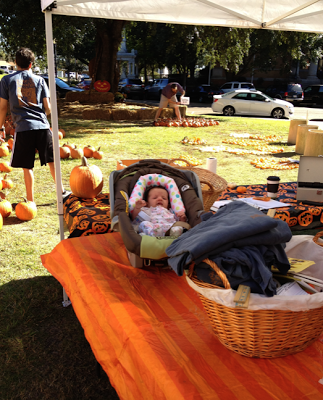 He was on high alert the whole time. Some ambulances went by, sirens wailing, and he had a panic moment. 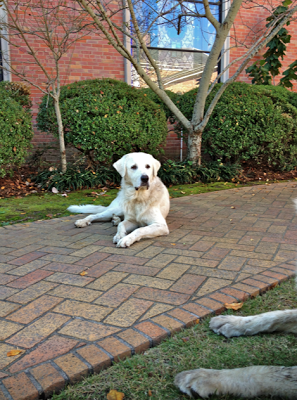 Then he played pitiful since Baker always gets all the attention for being huge and fat. 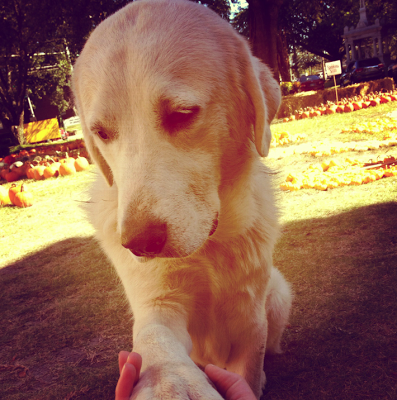 Then Baker told Ben some secrets, hung out and helped the customers. And looked at birds. 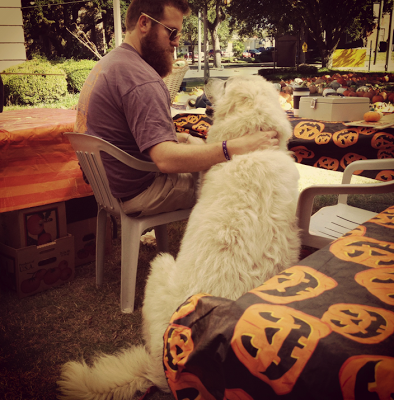 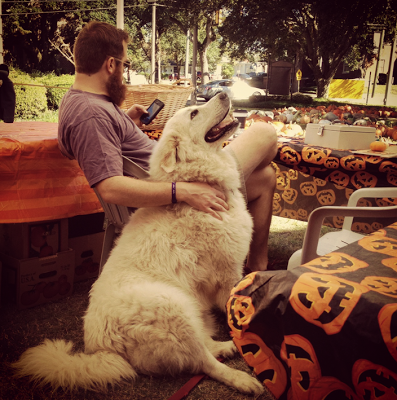 Tonight Cary Hudson played in Hattiesburg at Cotton Blues. Since we haven’t gone to see him play in over a year we made the special trip.
Ben is my dream guy. I get a major crush on him every single time he wears that dang orange and blue plaid flannel. I sort of keep a crush on him except when he leaves his boots in every room of the house except where they should go. 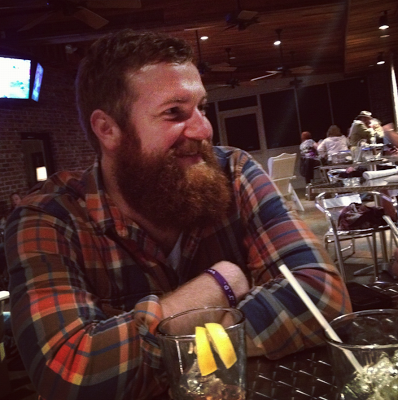 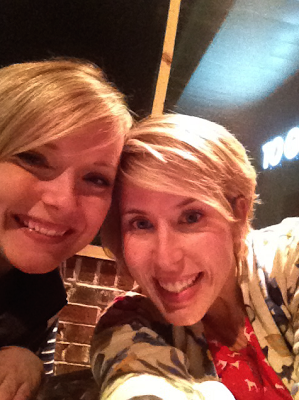 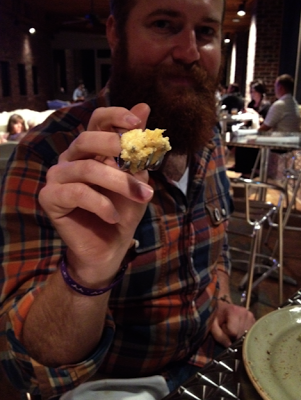