I’m probably jumping the gun here, but I think I might have a green thumb. Maybe.

You know how easy it is to kill a mum in “autumn” in Mississippi? Well it’s REAL easy. Especially when Walmart puts them out at their full bloom, in huge pots in every color under the sun the last week of August, as if we live in Connecticut or something. The ladies at Horne Nursery are quick to tell you, in Mississippi you wait looooong after that before putting them out.

Well I’m an idiot and bought these 3 mums in September: 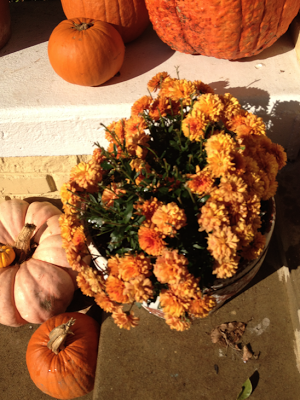 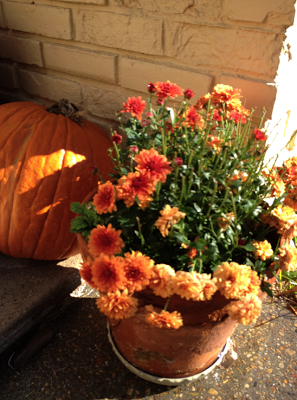 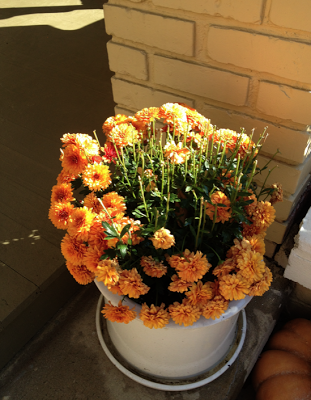 They almost died about 10 days later, but Ben’s mama came over one day and told me to pluck off the dead blooms and it would come back. And that’s the truth. Each one has been plucked about 3 times, and they keep coming back. So there’s your gardening tip of the year. By some miracle, they’re blooming better than ever (around the sides anyway).

Also, it’s been 1 year this week since we brought home Chevy boy. That’s the best dog there ever was, I promise. We were so worried about him at first because for the first week or so he would only hide in the bushes, he wouldn’t eat, he was afraid of EVERYTHING. He was a little thing, only 5 months old. 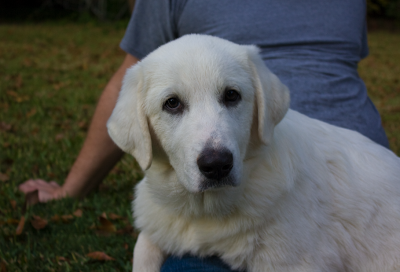 But these days, he’s a tough guard dog, at 85 pounds with a bark that sounds like a ship’s horn. He plays fetch, he trees squirrels, he’s extremely obedient, and likes holding hands best of all. I’m so glad we adopted him. 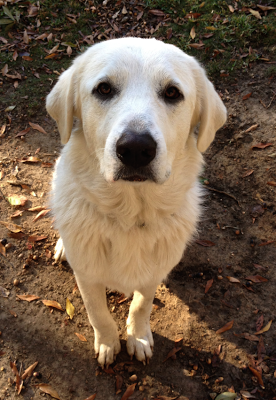 And Baker’s doing jealous tricks to prove his worth. 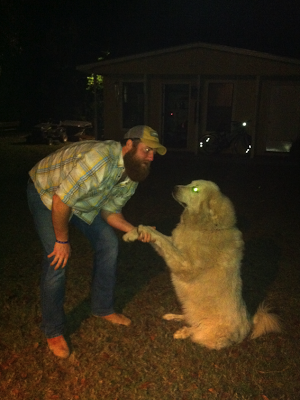