We were so surprised and excited to see a big crowd tonight at the downtown Laurel Christmas tree lighting. We walked over from home with the dogs and Chevy was immediately paraded away by his favorite loft-dwelling dog lover, Anne Trest. Baker sat his fat butt down in a central location where he could be the Pied Piper of children. They think he looks like a life-size stuffed bear and flock to him. He was surely hugged and cooed over by no less than 100 sweet kids who all asked their parents for a great pyrenees for Christmas. Sorry, mamas. 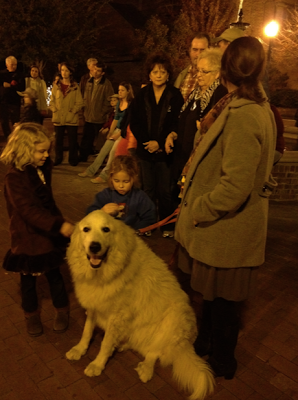 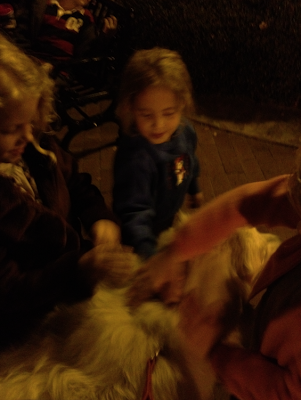 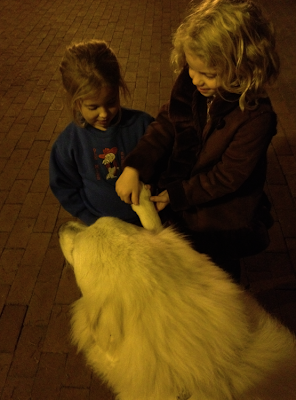 He’s a ladykiller with that hand holding trick. 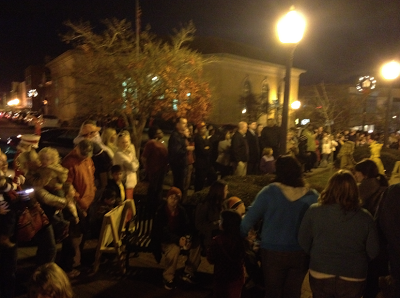 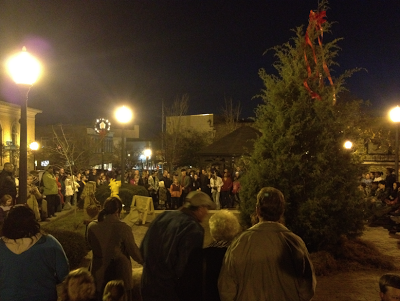 As President of Laurel Main Street, Ben gave a speech before the lighting. I’m so proud to be his wife. By the end of this week he will have helped install 3 Christmas trees in our town that were not ours. Just because he loves Christmas that much. 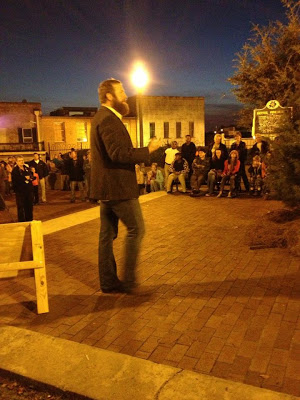 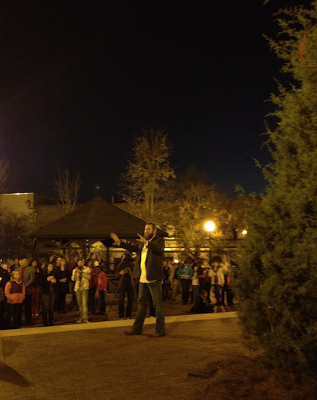 Then…. Tah dah! Ray, our bank president and his daughters, plugged it in and there was light. Everyone was clapping and flashes were going off and it felt like we really do live in the most darling little town in the South. You know, next to Oxford. 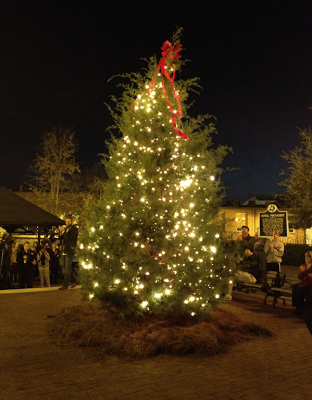 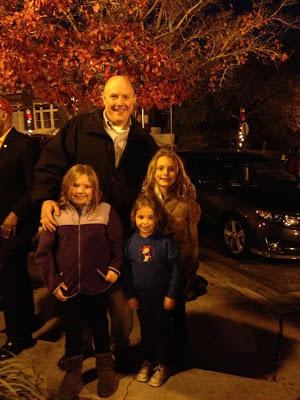 For the first time ever, this year we had lots of events happening with the tree lighting at different points all over downtown. The moment the tree was lit, the Methodist and Presbyterian choirs began singing Joy to the World, and a few minutes later the Laurel Ballet Academy performance began at 415 City Centre, and the Laurel High School choir was singing carols in Leontyne Price Park, and all the shops and restaurants were open for business. It felt so good to see all that foot traffic in the neighborhood. BancorpSouth, our Christmas tree sponsor, was giving out free apple cider, while a flute quartet was playing Christmas music in the rotunda of City Hall. The doors were flung open with people spilling out on the stairs trying to listen. 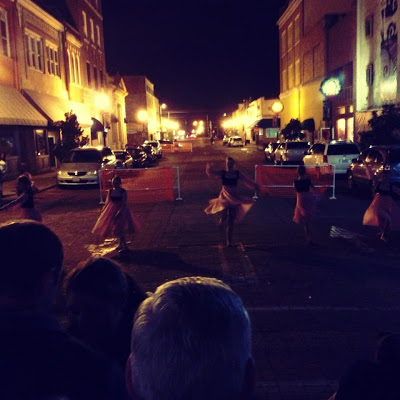 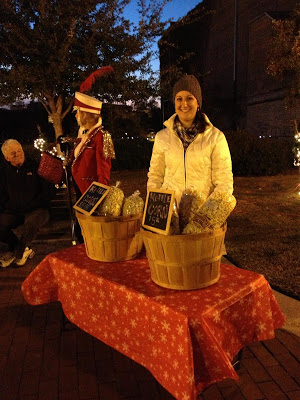 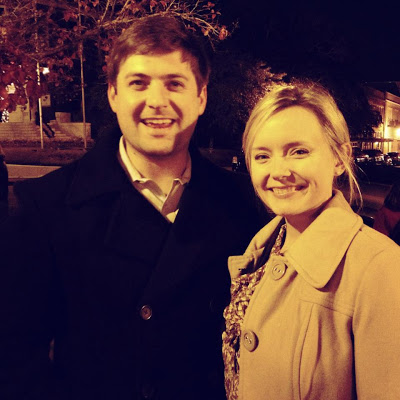 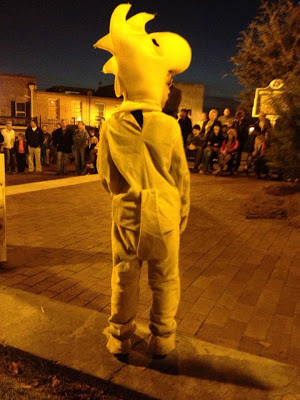 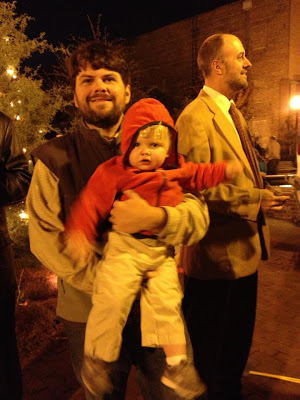 After the crowds went home, we went back to take a picture with the signs Ben and Jim built, that I got to design, and the tree that he helped install and light yesterday. 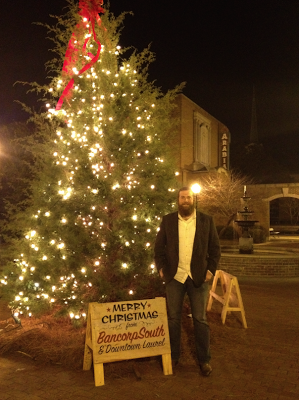 My mama worries that Ben and I are spread too thin, doing too much. But the thing is, that’s what we really enjoy. We’ve learned that we are happiest when we have big responsibilities. Ben tells the youth this quote by John Wesley so often, it’s like a song I’ll never forget: “Do all the good you can. By all the means you can. In all the ways you can. In all the places you can. At all the times you can. To all the people you can. As long as ever you can.”

I guess the thing that keeps us going when we are ironing handkerchiefs at 1:00 am and practicing for the church Christmas play before that is this: if you don’t do everything you can to make your town the way you want it to be, then who will?