Skip to content
Buy One Get One FreeAmerican Made Flannels
Always American MAdeRead Our Story
The first thing we did on Christmas Eve was put up wooden bed rails on Ben’s new pickup so we can haul the pups places. It looks SO cool! Josh supervised on the leash bolts Ben installed. 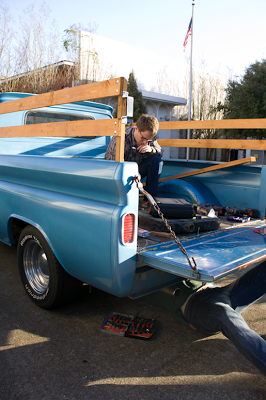 Then we went out to my parents to get started shooting guns, as is the Christmas tradition. 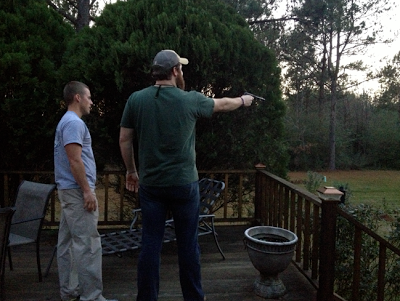 Ben and I left for a little while to go to the Christmas Eve Candlelight service at church. 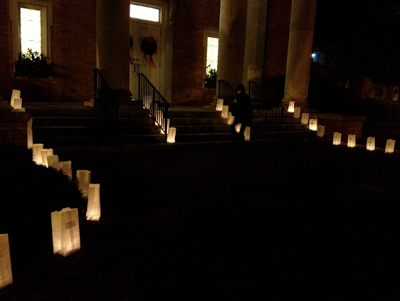 After Ben and I helped serve communion the lights were turned out as we sang Silent Night by candlelight. It was so beautiful and made me feel acutely aware of how Christians all over the world are connected by coming together at Christmas and worshipping. It felt incredible to be a part of something so much bigger than us that’s been happening for thousands of years and will keep happening after we’re gone. 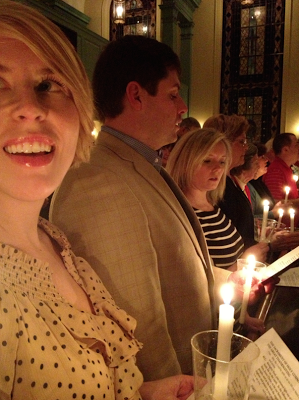 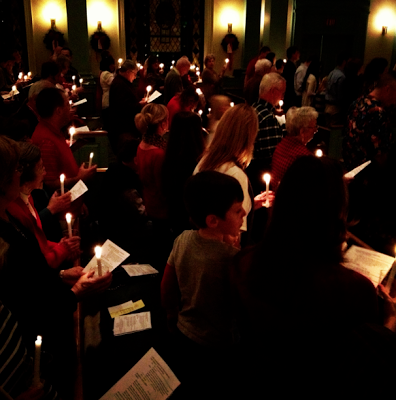 By the time we got back to mama’s the Rasberry family Christmas party was in full swing. We’re small in numbers, but large on fun. 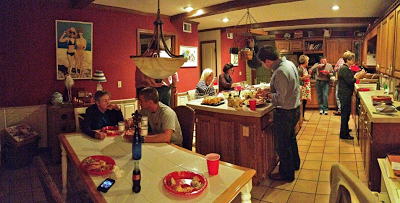 We hung out with mammaw and gave her her presents, a sweater and scarf from mama, furry mocassin slippers and a collector’s tin of Whitman’s chocolates from Ben and me: 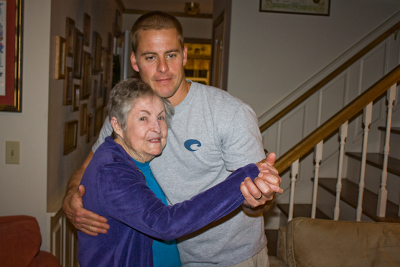 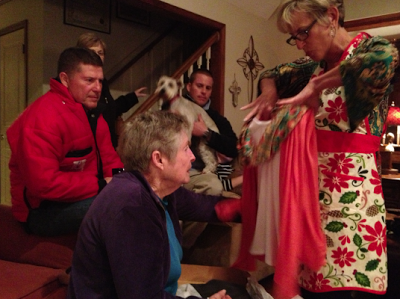 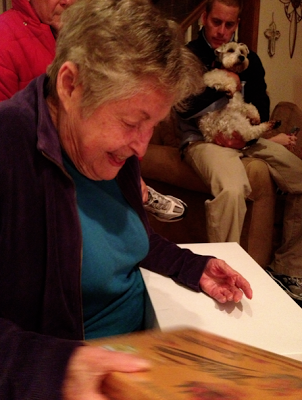 The mediocre 2012 family portrait, taken by my camera with the timer on top of a lampshade: 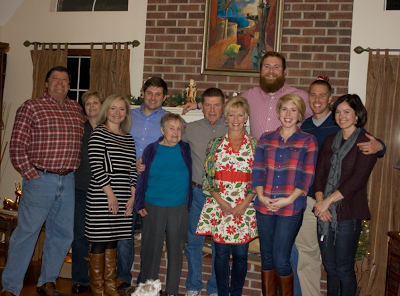 Then it was firework time which called for heavier apparel. So daddy went digging through Clark’s high school closet. 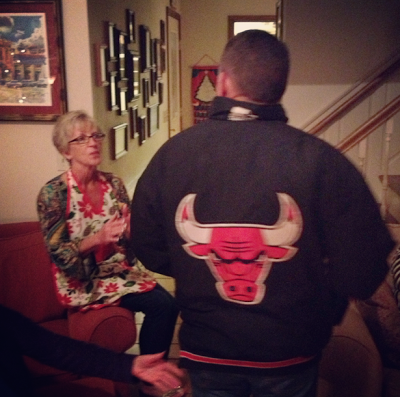 “But Phil you’re not answering me. Where. Did you find. This jacket?” Funniest thing that ever happened. Da bulls. 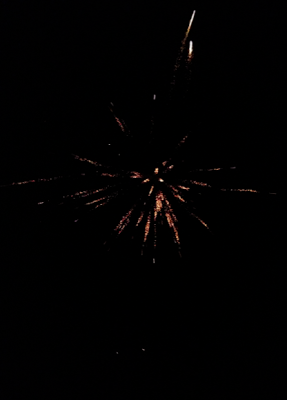 Uncle Danny bought the super deluxe ‘barely legal’ firework show and mama’s house will probably have foundation problems because of it.

Ben and Jim put on the firework show, so we sat on the tailgate and watched while intermittently singing American Trilogy. 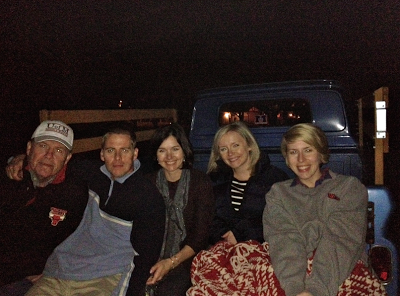 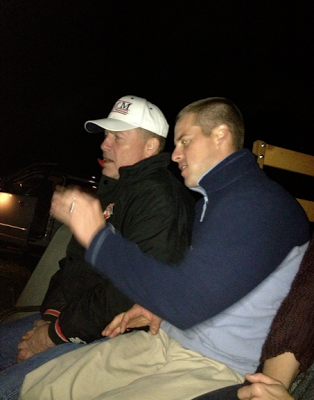 Around 10:00 we finally started opening presents! 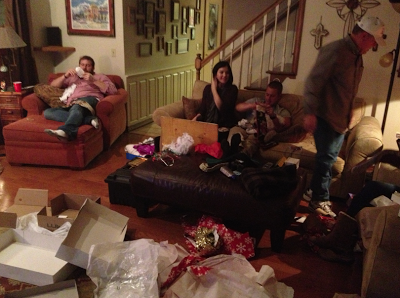 But Ben and I got the coolest, I think! This quilt was made in 1982 by the YWCO for our city’s centennial celebration. There is only 1 in the whole wide world, it was raffled off and eventually wound up in the antique collection of a friend of mama’s. She bought it for our Christmas and we were thrilled! 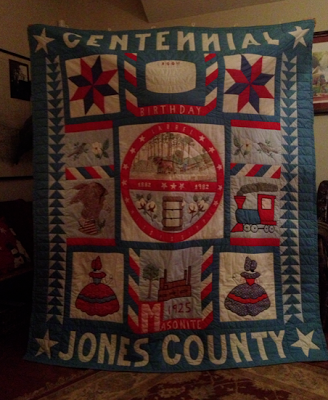 And I finally got a pair of Bean boots so I can give my riding boots a rest: 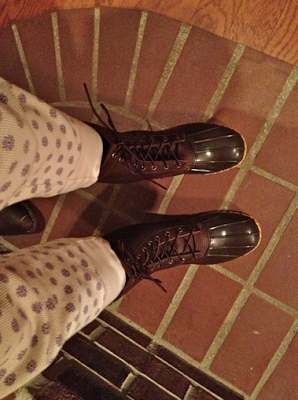 Around 11:00, Clark drug out the old photo albums to show Amanda and I got mushy over old photos of my parents that I’d never seen until now. 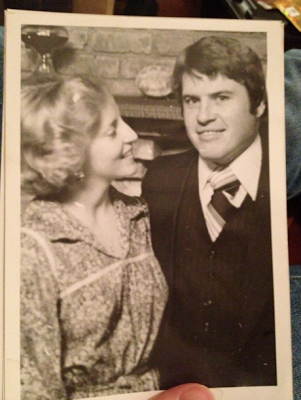 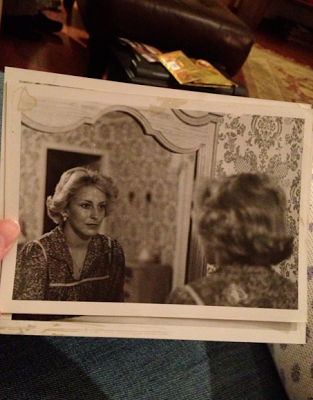 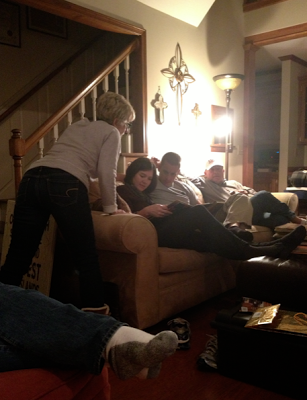 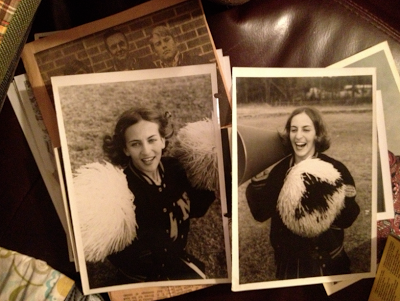 And by 12:30 am the party was over and Clark and Amanda went home and we all went to bed. I can’t believe it’s Christmas already!