It’s not really public knowledge, but it’s also not a secret, that my brother Clark and his darling wife Amanda are adopting a baby. They’ve recently been approved and are finishing up the last things required before the waiting game begins, and I spent the whole afternoon working with Amanda making a book that tells the story of them and our family that the birth mother will look at to choose a family. It was so much fun. I think it’s going to be especially beautiful in print: 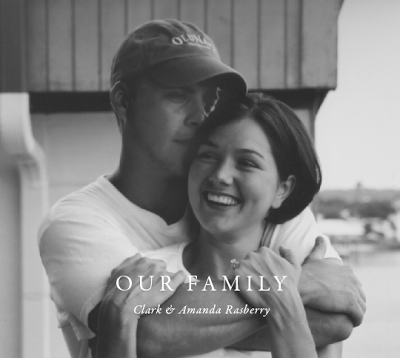 Wouldn’t you pick them? I know I would.

While we were in the office working on the book, Ben was into the latest home improvement. He recently fixed up the pantry so we could move all the paint cans and tools out of the hall closet into there, so that we can move all of Ben’s clothes from the closet under the stairs to there, so we can turn that into a half-bath in the office. You follow me?

So today was phase 2, gutting then fixing up the tool closet to make it his dress clothes closet. It was a junked up mess before, but he removed the clothes rail and put up cedar planks on the walls to cover the damaged plaster, installed 2 new clothes rails, a mirror for bow tying on Sunday morning, his tie rack and hooks for his belts. So now his clothes can smell like he looks, all tree sap and manliness.  I wish I had taken a before photo, but I totally forgot. Here’s the after: 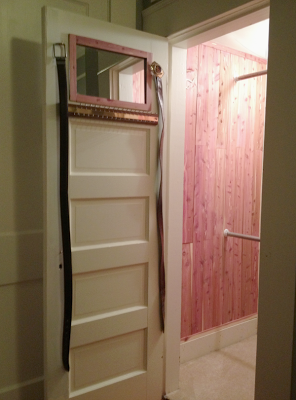 Half his ties are still living at the apartment along with lots of his suits and coats. We’ll finally be able to bring them over! 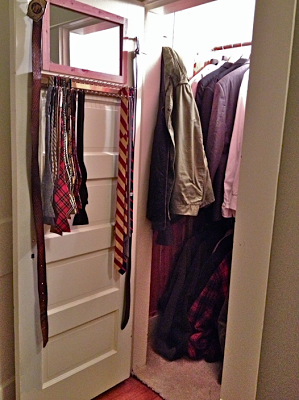 It’s good being married to Ben. If he can’t fix it or build it, we don’t need it.

Also, check out this brutal weather report. Today we experienced record high temperatures in Laurel, Mississippi. It got up to 79 degrees. Hottest January 12th since 1960. 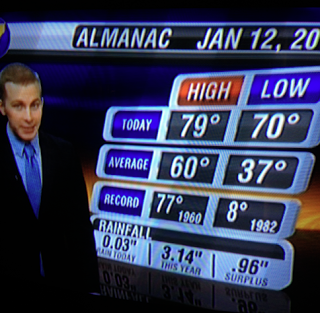 We ate breakfast outside. Barefoot. In shorts. 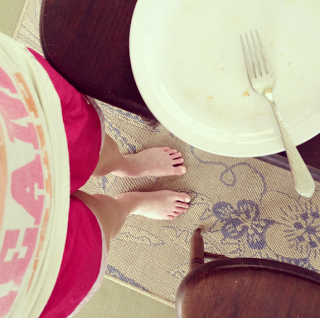