Every year on Good Friday, I take the day off. This morning when I woke up at 8, I was alone in our room and could smell breakfast cooking. I found Ben making eggs, sausage and toast for Jesse and me. I’ve been looking forward to cleaning up the front porch and getting rid of the pollen all week and this definitely didn’t hurt my desire to wake up. 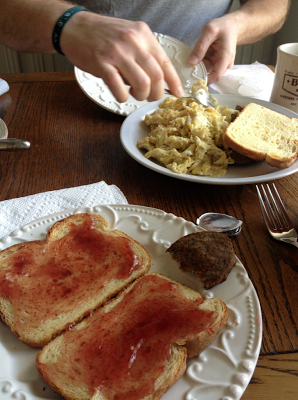 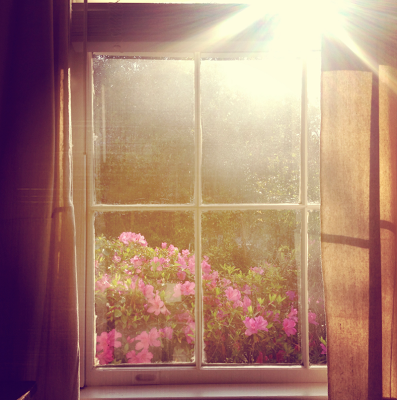 After answering a few work emails, I got started and took everything off the porch. By 10 am, it was a perfect sunny 72 degrees. 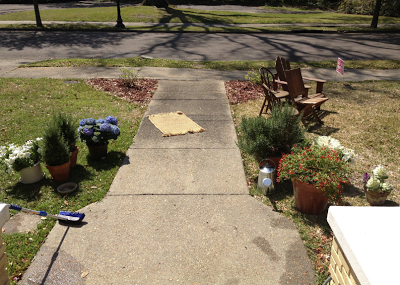 I mean LOOK at all the pollen! This is what was coating the porch around the walking paths: 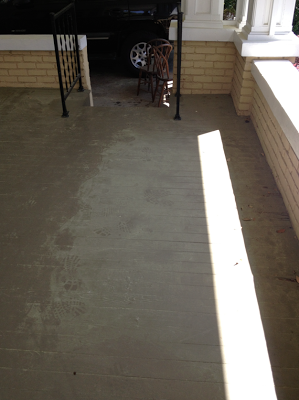 And the dinner table. The lantern was sitting in the middle. 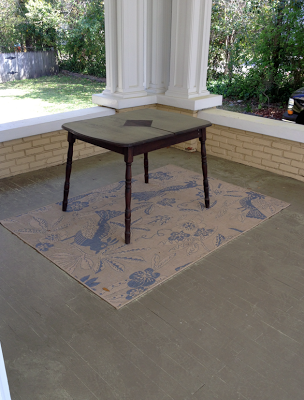 And after scrubbing and washing the rug and all of the porch floor and steps, I pruned (I don’t know if that’s what you call it—ripped off all the dead flowers) and watered my flowers and rosemary and blew off the carport and driveway: 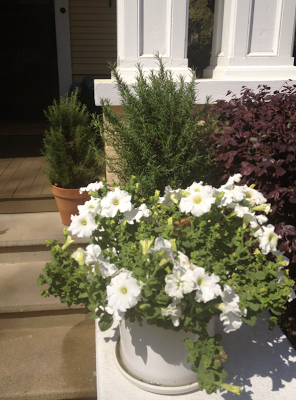 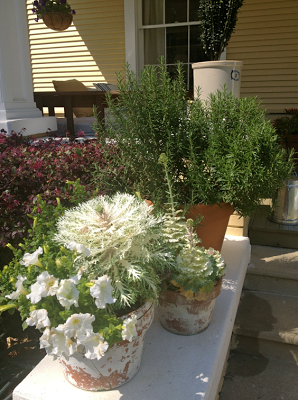 I know it was premature to clean it up, but I couldn’t stand it. The pollen will be back by Sunday. At least I put a dent in it! It took me every bit of 4 hours.

While I did that, Ben had Jesse working hard in the backyard, digging holes and laying down the new concrete “pavers” we happened upon a couple days ago. When you have dog bears, grass doesn’t hold up on their running paths. So we’re just going to deal with it by making stone walkways. I love where it’s headed! 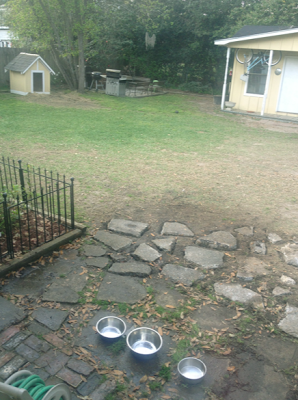 I came inside to go ahead and bake the cake for Easter Sunday since we’ll be in Newton tomorrow. It’s a coconut cake with lemon filling. I hope it’ll taste as good as it looks. I should’ve cut off the domed tops of each cake, but I don’t care that much. So. It’ll eat. 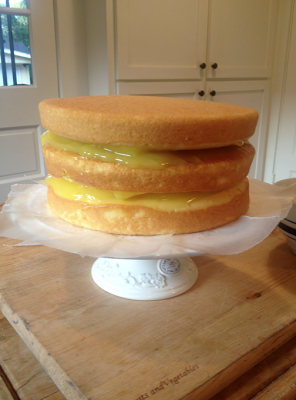 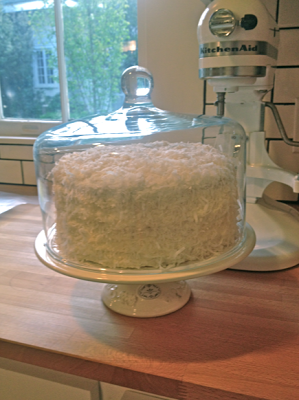 P.S.
There’s some sketchy activity going on down the street from my brother’s house and I texted him about it tonight. Best conversation ever. If you can guess the movie, I’ll give you a nickel. 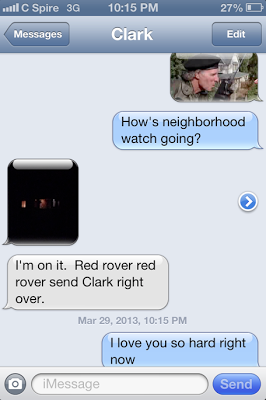