Today was the big Laurel Machine and Foundry annual crawfish boil. LMF is owned by the Mulloy family and has been in Laurel since 1904. They started the crawfish boil as an annual party to thank their (many many) employees, but now everyone in town (quite literally, thousands?) shows up to eat 1.5 tons of crawfish and to see Mr. Mulloy, a founder of the World Anvil Shooting Society, shoot an anvil into the air, like a cannon that goes straight up.

The whole thing was quite a spectacle to behold. 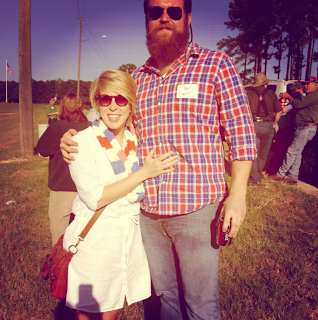 I’m really not that short. 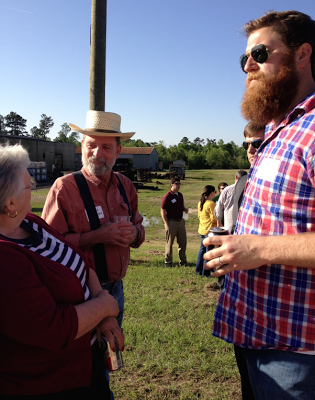 Ben and Tootie (in the straw hat), one of our biggest campaign supporters. 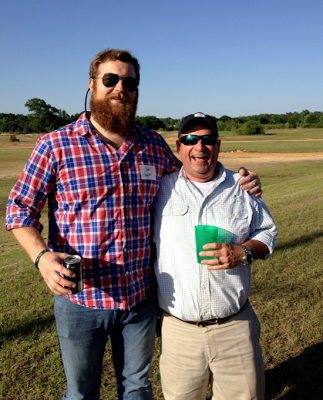 Ben with Trent, the son of the world famous anvil shooter and president of LMF. 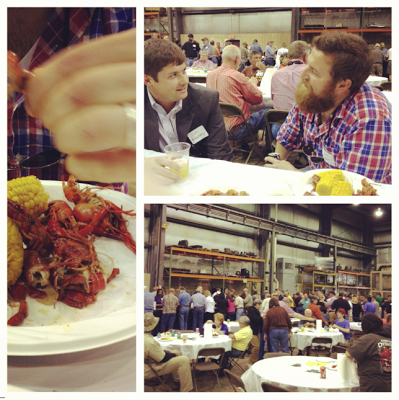 Which made us wonder—are crawfish boils native only to the deep south? There’s someone having a boil literally every weekend March through June around here. Do you northern/western/eastern readers have major throwdowns involving painfully spicy shellfish, corn and mushrooms? I’d love to know!